The finances of British tennis “won’t be severely impacted” by the cancellation of Wimbledon, says chief executive Richard Lewis.


ATPTour.com reflects on the best moments from the All England Club

Since 1877, The Championships has witnessed some of the most important moments in tennis history. The grass courts of the All England Club have played an integral role in the careers of many of the sport’s greatest names, including Bjorn Borg, Boris Becker, Pete Sampras and Roger Federer.

Due to the COVID-19 pandemic, the biggest stars in the sport will have to wait another year to wear traditional all-white attire and compete for the biggest title in grass-court tennis.

ATPTour.com reflects on some of the most memorable moments from SW19.

1980: Borg, McEnroe Produce Instant Classic
Widely considered one of the greatest finals in Wimbledon history, four-time defending champion Bjorn Borg met first-time Wimbledon finalist John McEnroe in the 1980 final. A cool and composed Borg entered the match seeking his third straight Roland Garros-Wimbledon double. On the other side of the net, a fiery 21-year-old McEnroe was aiming to lift his second Grand Slam trophy after his 1979 US Open triumph.

Borg started slowly, but he charged back into the match and found himself on the brink of victory in the fourth set. The Swede earned seven championship points, but McEnroe saved each one and extended the match to a deciding set by winning a memorable 22-minute tie-break 18/16. In the decider, Borg raised his level on serve and broke through in the 14th and final game with a cross-court backhand passing shot to clinch a 1-6, 7-5, 6-3, 6-7(16), 8-6 victory and his fifth straight crown at the All England Club. 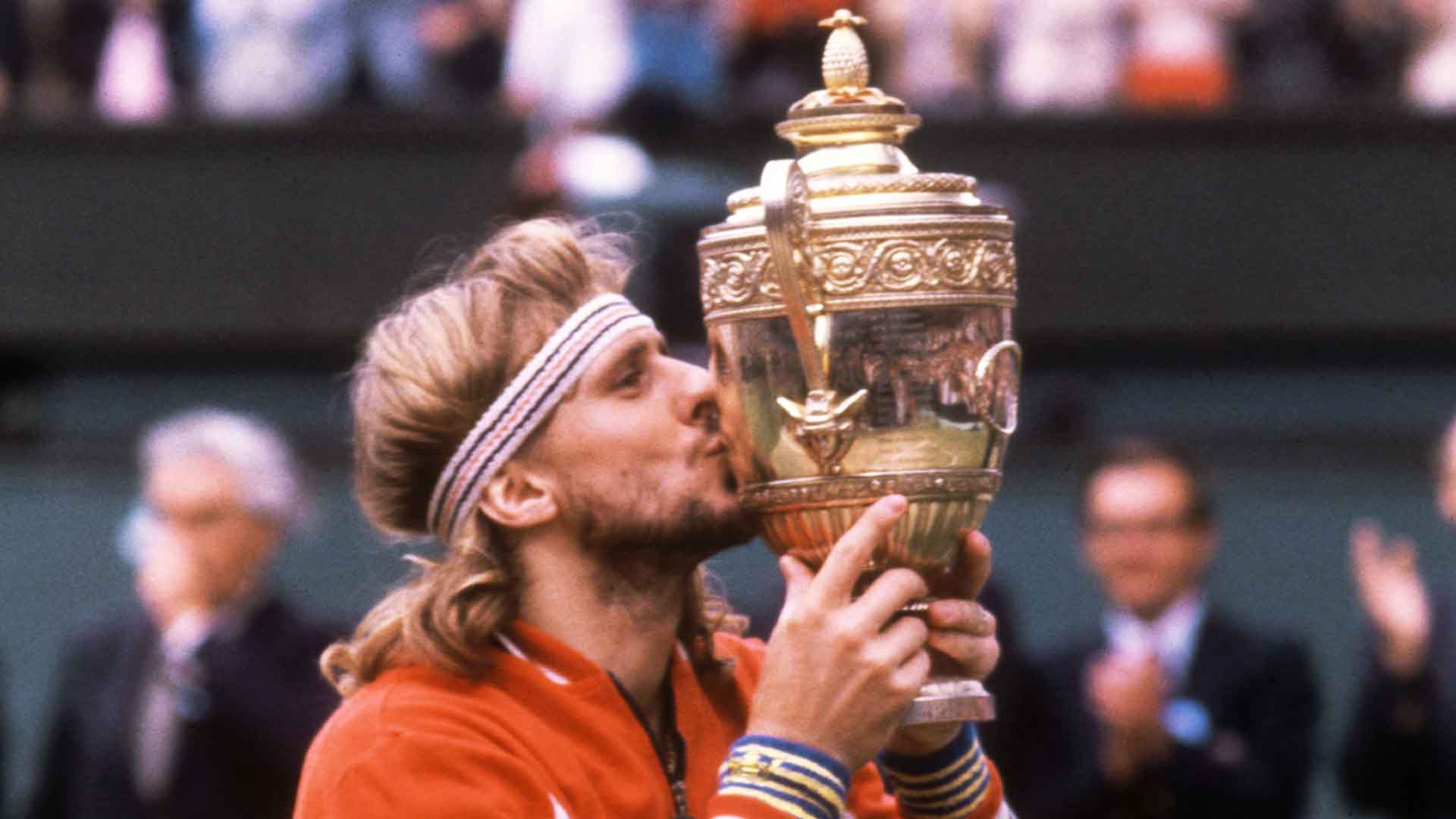 1985: The Youngest Champion
One week after lifting his maiden ATP Tour title at The Queen’s Club, Boris Becker arrived at SW19 for his second appearance at The Championships. The unseeded German survived back-to-back five-set encounters against Joakim Nystrom and Tim Mayotte, before overcoming Henri Leconte and Anders Jarryd in four sets to reach his maiden Grand Slam final against Kevin Curren.

After three hours and 18 minutes of action on Centre Court, the 17-year-old fired a huge serve out wide to complete a 6-3, 6-7(4), 7-6(3), 6-4 victory and become the youngest champion in the tournament’s history. Becker reached another six Wimbledon championship matches, including three straight finals against Stefan Edberg between 1988 and 1990. 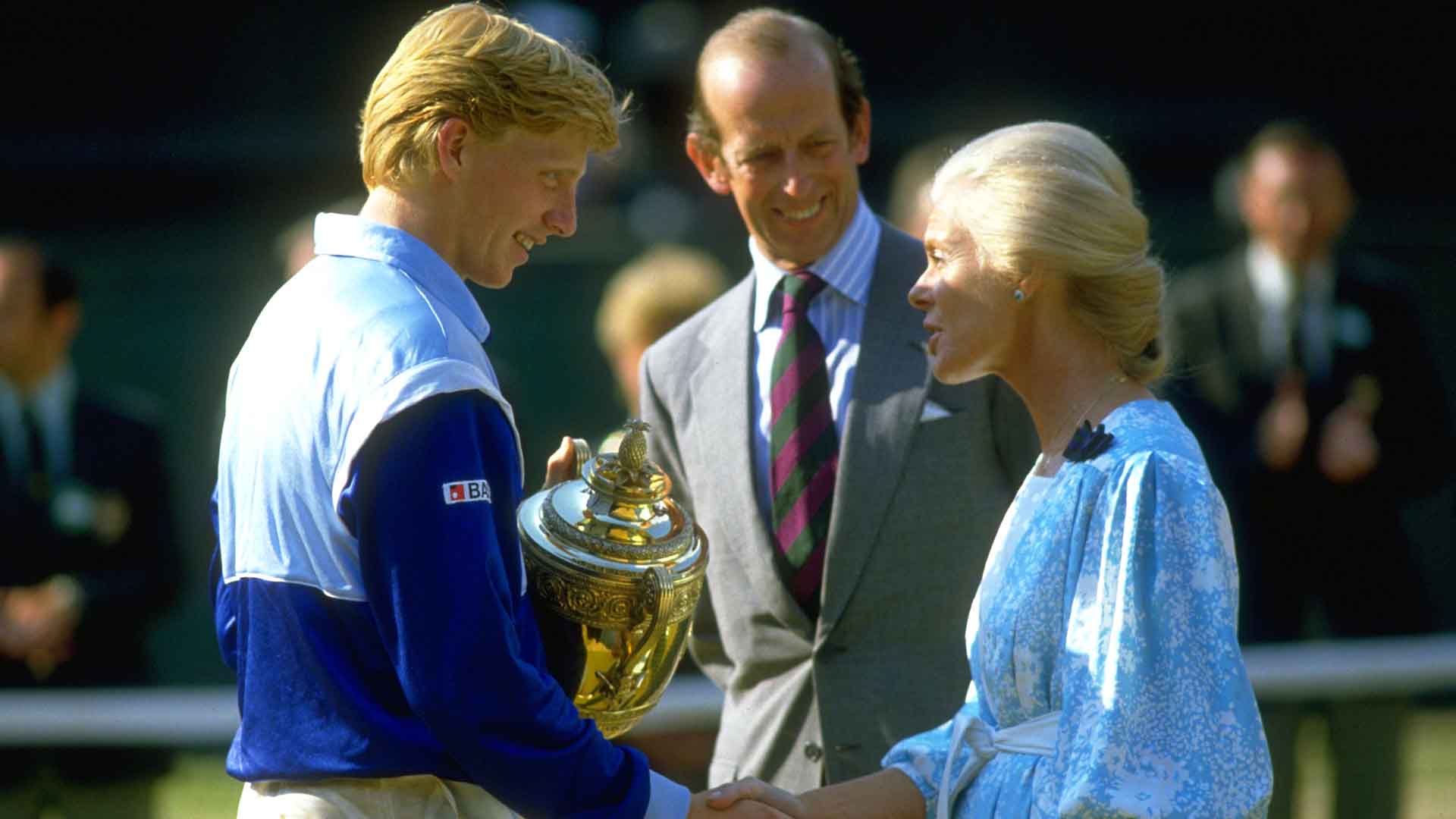 2000: Sampras’ Seventh
Between 1993 and 2000, Pete Sampras dominated The Championships. The American won 53 of 54 matches across eight appearances to tie William Renshaw’s then-record haul of seven titles at the All England Club. Sampras claimed three straight trophies from 1993 to 1995 and, after a quarter-final loss to eventual champion Richard Krajicek in 1996, the 6’1” right-hander returned to claim four consecutive titles from 1997 to 2000.

In the 2000 championship match, Sampras rallied from a set down to overcome Patrick Rafter 6-7(10), 7-6(5), 6-4, 6-2 for his 13th Grand Slam crown. The victory moved Sampras into first place on the Grand Slam titles leaderboard, breaking a tie with 12-time Grand Slam winner Roy Emerson. 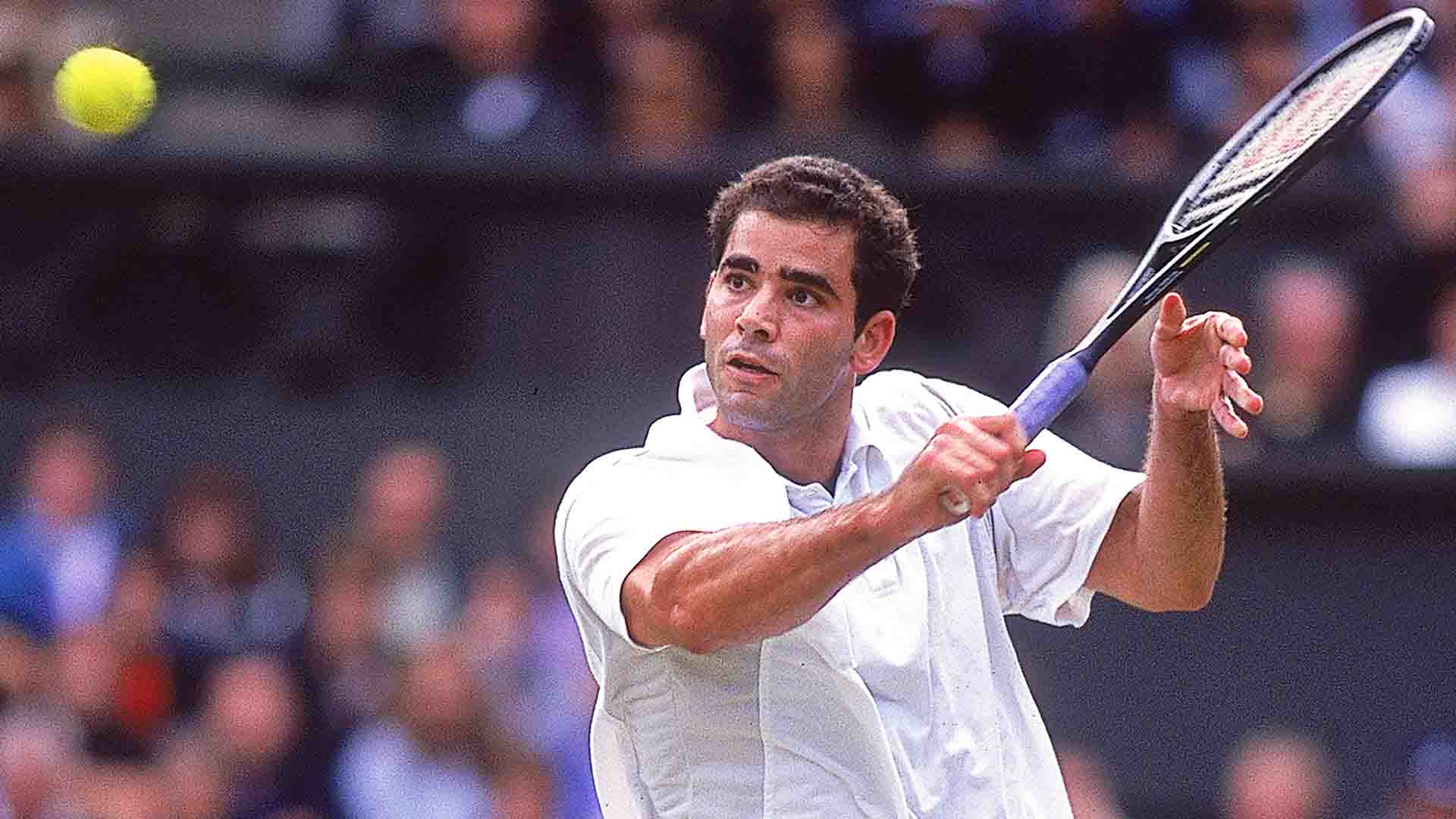 2001: Ivanisevic Wins ‘The People’s Final’
After finishing as runner-up on three occasions at SW19 during the 1990s, Goran Ivanisevic finally captured the Wimbledon trophy in 2001. Competing at No. 125 in the FedEx ATP Rankings, the 29-year-old rallied from two-sets-to-one down against home favourite Tim Henman in a three-day semi-final to face 2000 runner-up Rafter in a Monday championship match.

With 10,000 tickets available to fans in the Wimbledon queue, the 2001 final, known as ‘The People’s Final’, will be remembered for its incredible atmosphere. The stands of Centre Court were filled with Croatian and Australian flags and fans could barely contain their excitement as the match reached a fifth set. Ivanisevic made the crucial breakthrough with a forehand return winner at 7-7 in the decider, before clinching a 6-3, 3-6, 6-3, 2-6, 9-7 win on his fourth championship point. Ivanisevic is the only wild card to capture the Gentlemen’s Singles title in tournament history. 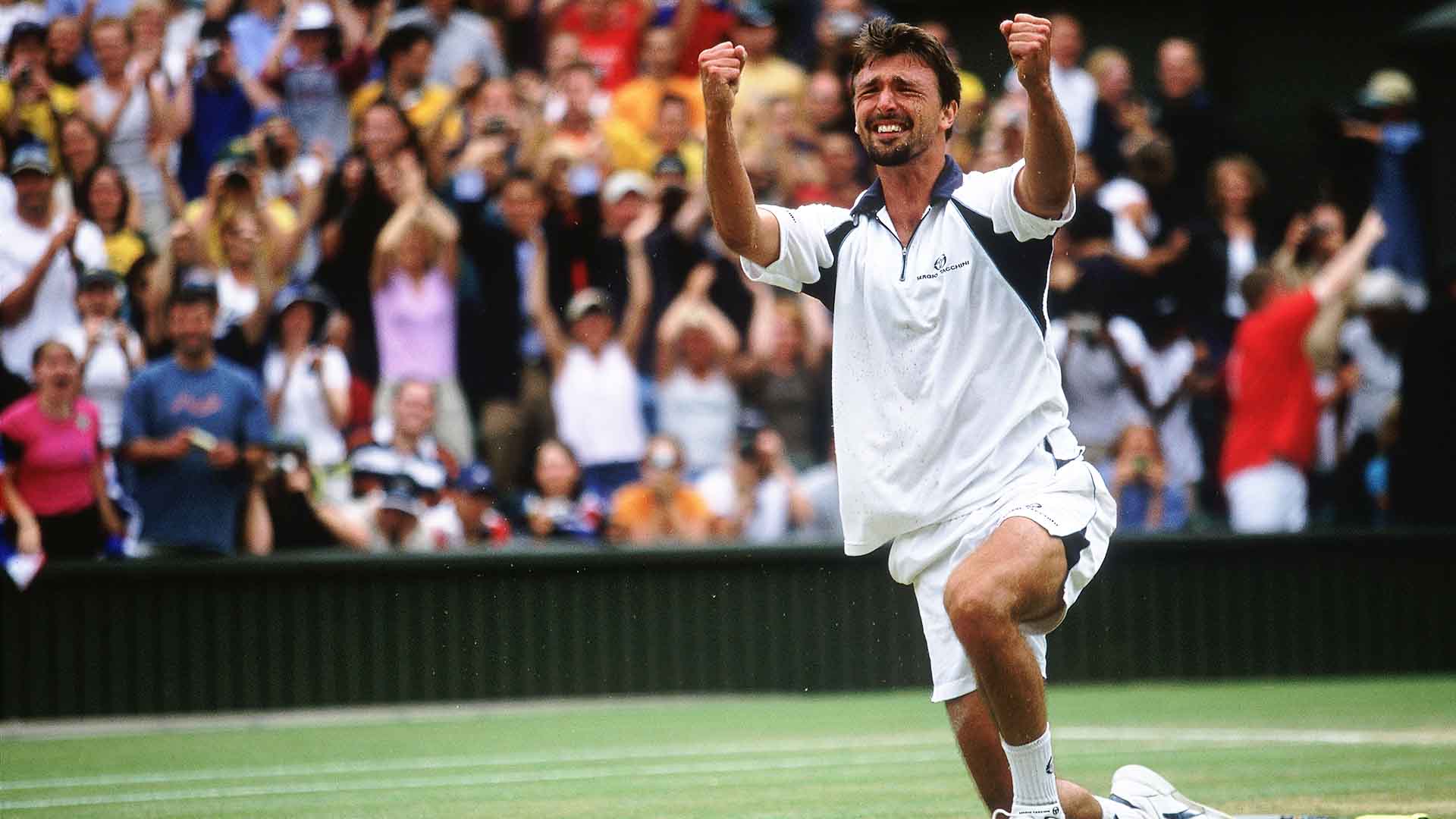 2008: Nadal Dethrones Federer
After losses to the Federer in the 2006 and 2007 finals, Rafael Nadal returned to SW19 in 2008 in the form of his life. Riding a 23-match winning streak, which included a 6-1, 6-3, 6-0 win against the Swiss in the Roland Garros championship match, Nadal entered a third straight Wimbledon final against Federer with confidence. 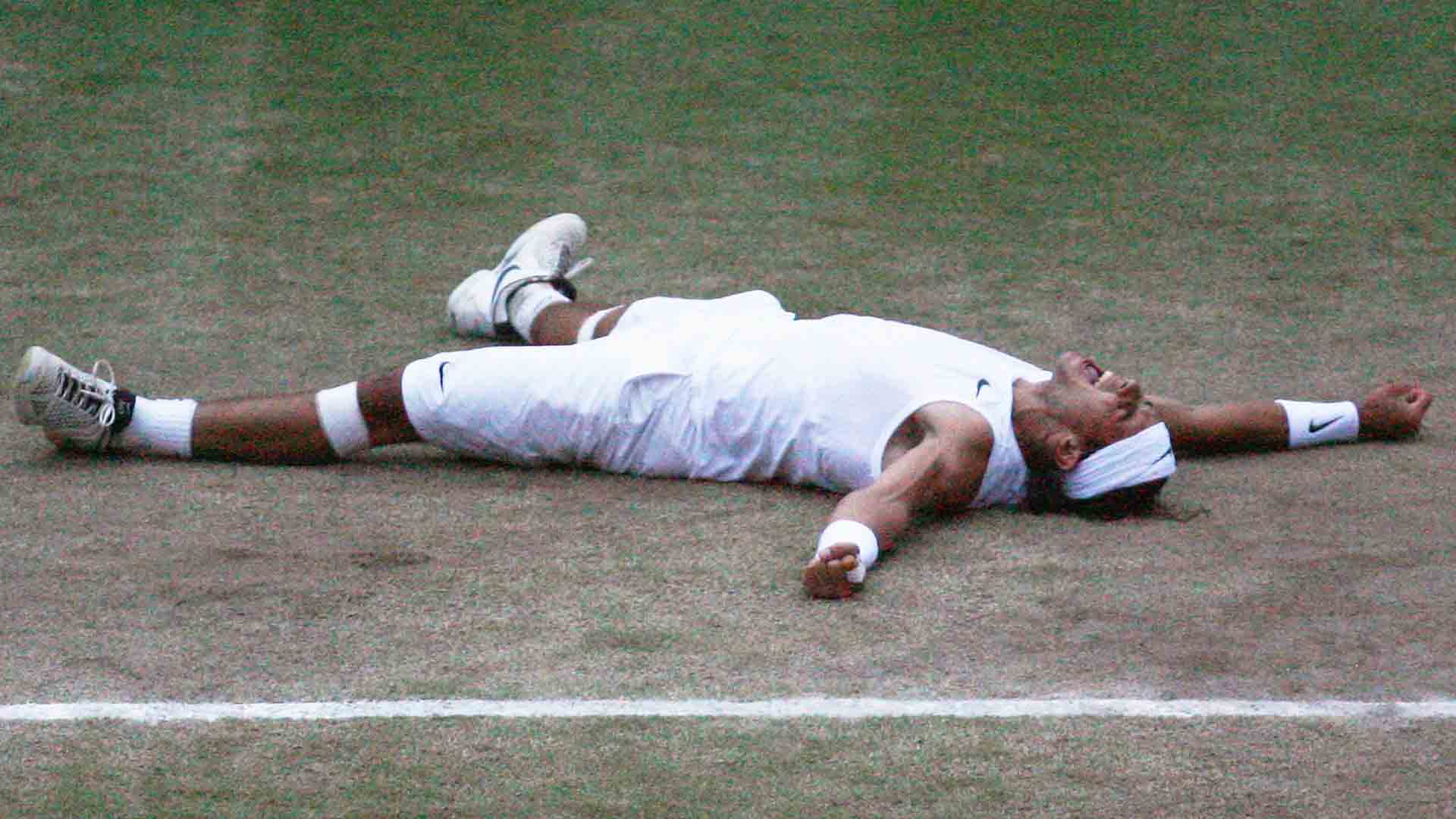 2013: Murray Ends 77-Year Wait
One year after falling to Roger Federer in his maiden Wimbledon final, Andy Murray returned to The Championships as a Grand Slam winner and an Olympic gold medallist in 2013. Entering the tournament after his third triumph at The Queen’s Club, Murray cruised through to the quarter-finals before comeback victories against Fernando Verdasco and Jerzy Janowicz. Backed by 15,000 fans on Centre Court and a further 4,000 supporters on Henman Hill, Murray faced Novak Djokovic, the man he beat to win his maiden Grand Slam title at the 2012 US Open.

After edging the opening two sets, Murray recovered from a 2-4 deficit in the third set to serve for the trophy at 5-4. As the Centre Court crowd struggled to contain its excitement, Murray clinched a marathon 11-minute game to become the first British player to capture the Gentlemen’s Singles trophy at Wimbledon since Fred Perry in 1936. 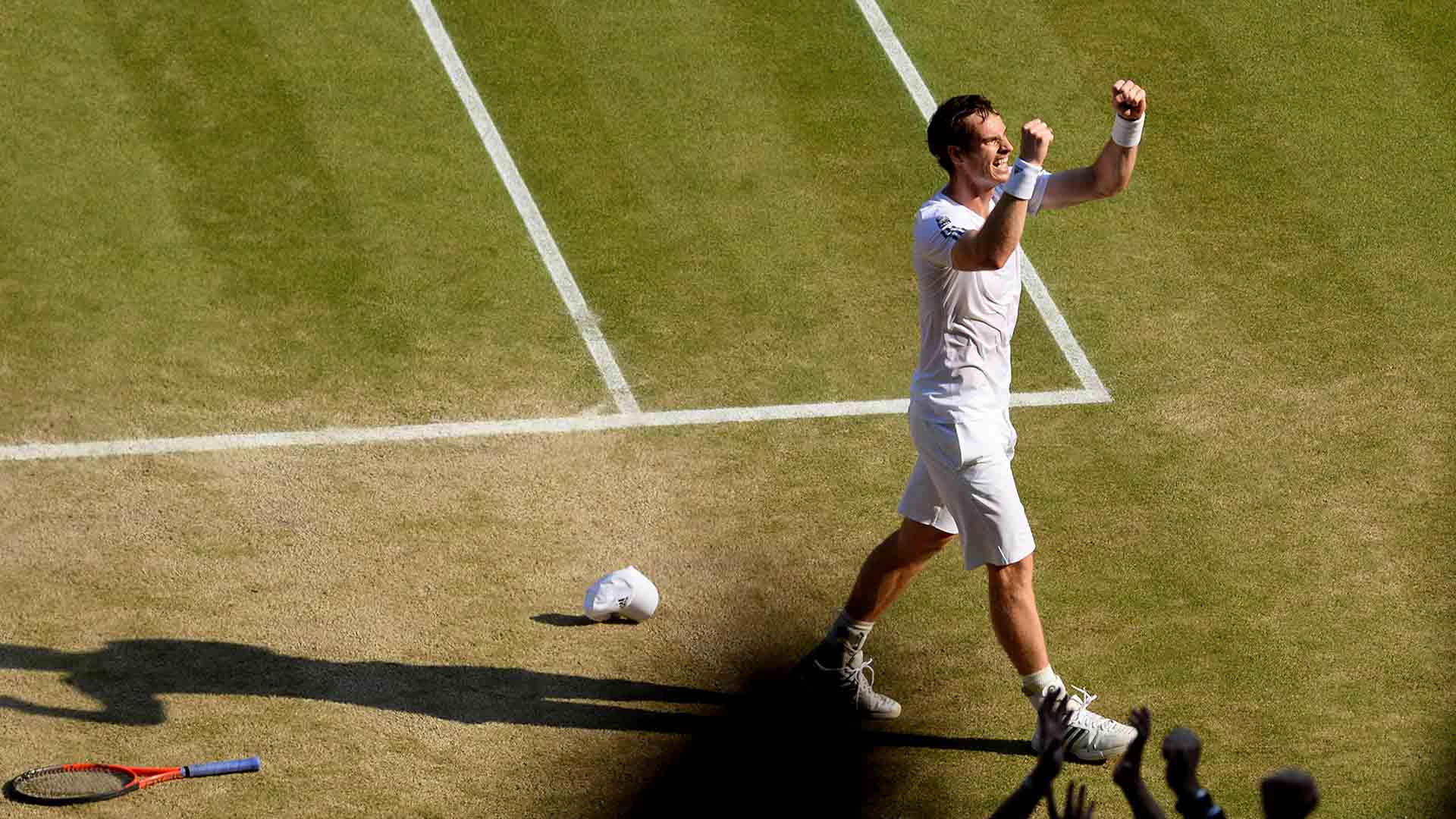 2017: Federer Makes History
Five years after lifting a record-equalling seventh Gentlemen’s Singles trophy in 2012, Federer arrived at the All England Club in 2017 in top form. The 35-year-old, who ended his 2016 season after Wimbledon to recover from knee surgery, was chasing his second major trophy of the year after lifting his 18th Grand Slam title at the Australian Open. Federer had also won back-to-back ATP Masters 1000 crowns in Indian Wells and Miami and his ninth Halle trophy earlier in the year.

After advancing to the championship match with victories against Milos Raonic and Tomas Berdych, Federer continued his run of form in the championship match to charge past Marin Cilic 6-3, 6-1, 6-4 in one hour and 41 minutes. With his final victory, Federer broke a tie with Renshaw and Sampras to become the first player in tournament history to lift eight Gentlemen’s Singles trophies. He joined Bjorn Borg (1976) as only the second man in the Open Era to claim the title without dropping a set. 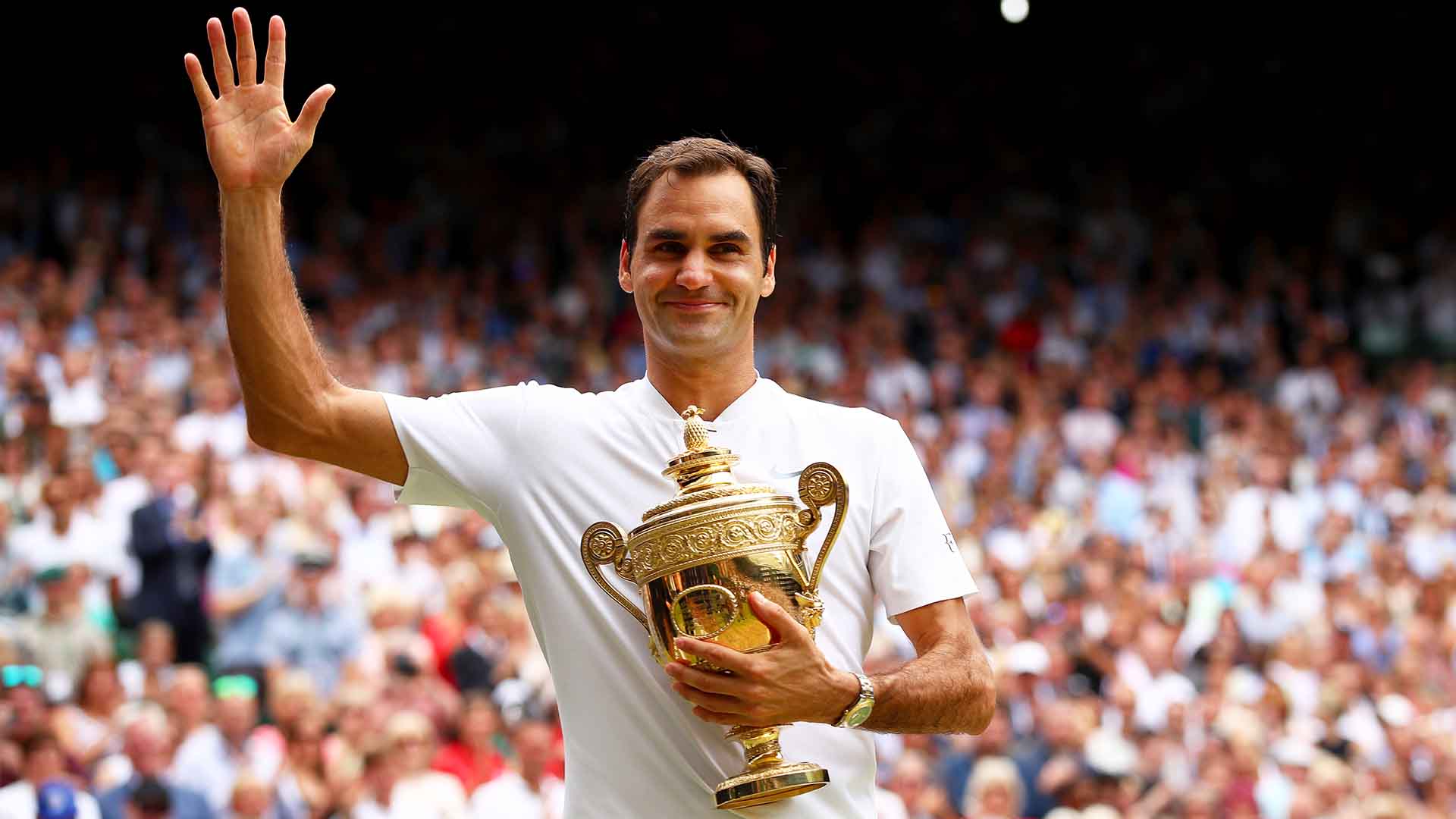 2019: The Longest Final
Djokovic and Federer in 2019 met in the Wimbledon final for the third time. Alongside Federer’s meeting with Nadal in the 2008 championship match and Borg and McEnroe’s 1980 classic, the 2019 final will be remembered as one of the best finals in Wimbledon history.

With Federer seeking his 21st Grand Slam title and Djokovic aiming to close the gap in the all-time Grand Slam titles leaderboard with his 16th trophy at the level, both men found their best form on Centre Court. Federer held two championship points at 8-7, 40/15, in the fifth set, but Djokovic recovered to force a 12-12 tie-break. In the first Gentlemen’s Singles match to be decided by the newly-introduced 12-12 final-set tie-break, the Serbian showcased his best retrieval skills in crucial moments to claim a 7-6(5), 1-6, 7-6(4), 4-6, 13-12(3) victory after four hours and 57 minutes. Djokovic became the first man since Robert Falkenburg in 1948 to lift the Wimbledon trophy after saving championship points in the final, winning the longest tournament final in history. 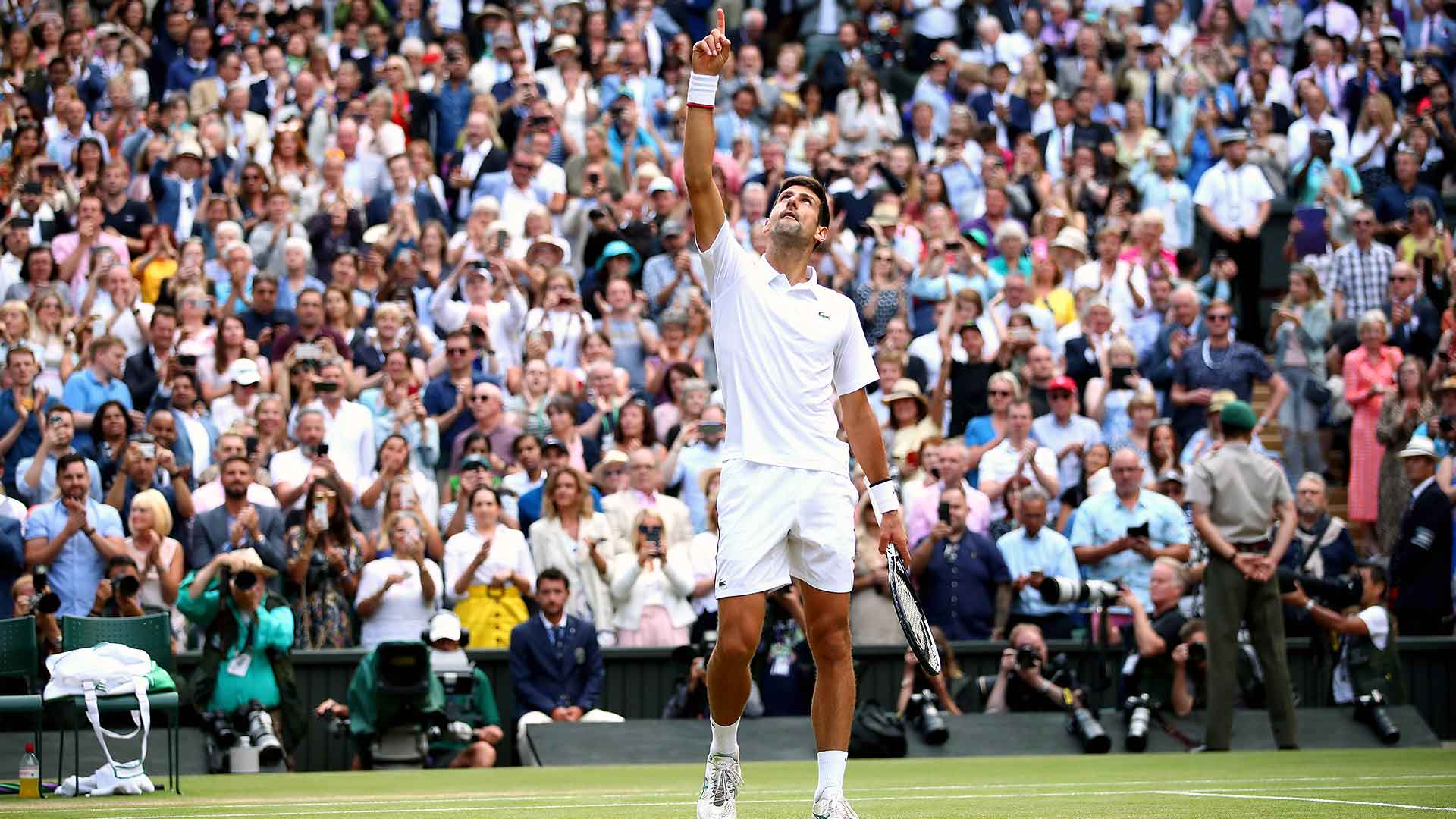 British number one Dan Evans beats Kyle Edmund to win the final of the Battle of the Brits exhibition event.

Watch the best shots from the Battle of the Brits final as Dan Evans shows why he is British number one with an accomplished 6-3 6-2 victory over Kyle Edmund.

Andy Murray says he played some “encouraging” tennis as he made his return at the Battle of the Brits after seven months out.