World No. 1 proves he has a formidable jumpshot on the basketball court

It is not a good thing when Novak Djokovic hits the net on a tennis court. But by hitting nothing but net on a basketball court Saturday, the Serbian scored a compliment from NBA superstar LeBron James.

Djokovic on his social media posted a video of himself taking a few dribbles before knocking down a mid-range jumpshot.

Ha! I’m going to say I think you are!! Beautiful follow-thru on that shot buddy! 💪🏾🙏🏾👑 https://t.co/fMUocbVMRL

“Ha! I’m going to say I think you are!! Beautiful follow-thru on that shot buddy!” the basketball star responded on Twitter. 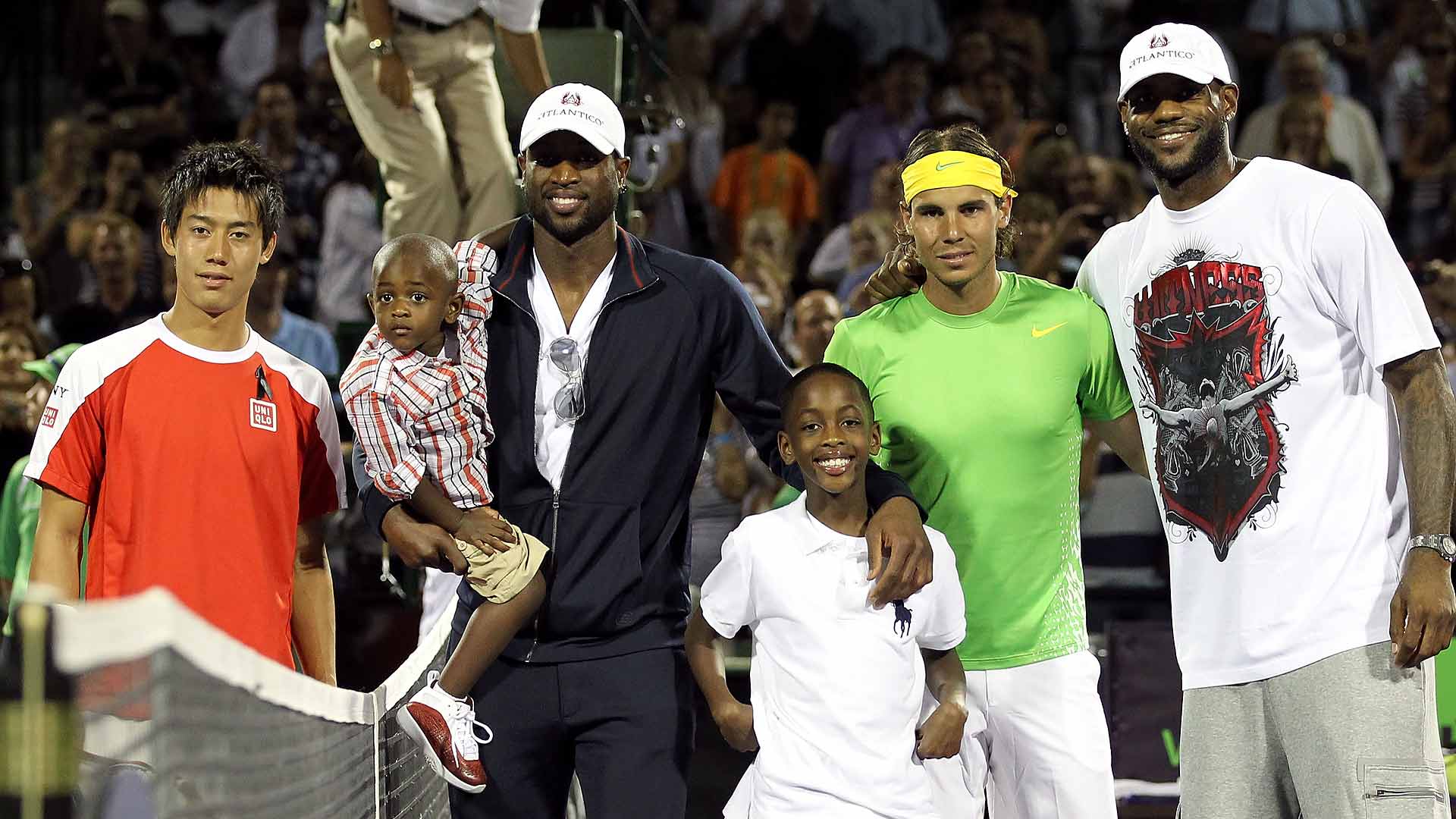 James is no stranger to the ATP Tour, joining former teammate Dwyane Wade for a picture with Rafael Nadal and Kei Nishikori before their match at the 2011 Miami Open presented by Itau.

The most-liked comment on Djokovic’s Instagram post came from 6’11” Ivo Karlovic, the former World No. 14 in the FedEx ATP Rankings. The Croatian responded to Djokovic’s challenge to James by saying, “You’re ready to get dunked on. 😛”

Relive the Spaniard’s success at the Fever-Tree Championships

In 2017, the Spaniard won what was the biggest singles title of his career at The Queen’s Club. Lopez went a step further last year, taking home both the singles and doubles trophies at the Fever-Tree Championships.

“I thought the best moment of my career was when I won this tournament in 2017,” Lopez said. “But it’s right now.”

Lopez became the first player since Matteo Berrettini (2018 Gstaad) to win the singles and doubles titles at the same event. The Spaniard also became the first man since Mark Philippoussis (1997) to win both titles in the same year at The Queen’s Club. Lopez partnered Andy Murray to doubles glory.

“This happens maybe only once in a lifetime. I can’t believe it,” Lopez said.