World number one Novak Djokovic is brought to tears after bowing out of his Adria Tour with victory over German Alexander Zverev in front of home fans.


Learn about the Japanese left-hander’s career-highlights, driving skills and more

Yoshihito Nishioka owns one ATP Tour title and is at a career-high No. 48 in the FedEx ATP Rankings.

ATPTour.com looks at five things you should know about the 24-year-old.

1) He Suffered A Major Injury In 2017
After reaching the quarter-finals in Acapulco and the Round of 16 in Indian Wells, Nishioka arrived in Miami in 2017 at what was a career-high No. 58 in the FedEx ATP Rankings. It would be the final event he played that year.

Nishioka suffered a torn ACL in his left knee during a second-round contest against Jack Sock and was forced to have surgery following the tournament. Attending two rehab sessions a day in Tokyo, the Japanese was unable to run for three months and couldn’t play tennis for nine months.

After returning to action at the start of the 2018 ATP Tour season, Nishioka returned to Miami at World No. 374 in the FedEx ATP Rankings. He recorded his second tour-level win of the year at the event, beating Alex de Minaur in straight sets.

2) He Made His Breakthrough In Shenzhen
Just 18 months after sustaining his ACL injury in Miami, Nishioka captured his maiden ATP Tour title in Shenzhen in 2018. The left-hander claimed seven straight wins from qualifying to take the trophy.

Nishioka saved two match points to defeat Denis Shapovalov in the second round and earned back-to-back three-set victories in his final two matches against Fernando Verdasco and Pierre-Hugues Herbert. The Japanese dropped seven straight games from 7-5, 2-0 in the championship match before regrouping to become the sixth qualifier of the year to lift an ATP Tour trophy.

“To get here, it was seven matches. It is not easy,” said Nishioka. “I am very tired right now, but my strength is my mentality, my stamina and never giving up. Those are my weapons.” 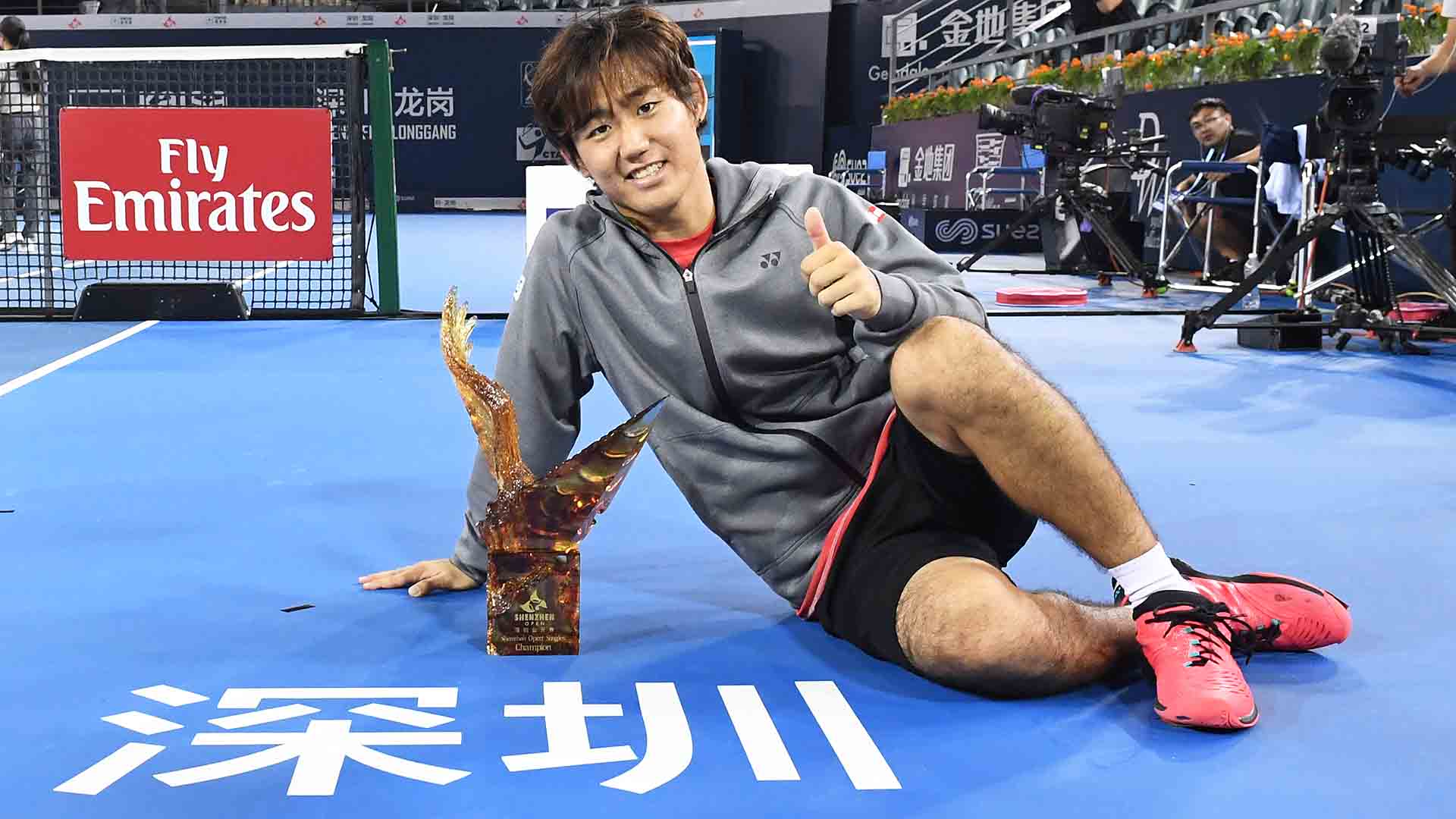 After triumphing in Shenzhen, Nishioka took a moment to ask fans to remember his name. The request might have seemed odd if it came from any other player, but Nishioka’s case is unique. The 24-year-old is aiming to become the next Japanese star on the ATP Tour, following more than a decade of success from his countryman — who owns a very similar surname — Kei Nishikori.

At last year’s Western & Southern Open, Nishioka beat Nishikori in the pair’s first ATP Head2Head meeting. With an ATP Tour crown and a victory against the highest-ranked Japanese player in FedEx ATP Rankings history, Nishioka is now building a strong reputation of his own on the ATP Tour.

4) Height Is Not An Issue
Nishioka and Diego Schwartzman, both of whom are 5’7”, are tied for shortest player in the Top 50. But that statistic is not going to deny the Japanese success on the ATP Tour.

Following discussions with Nick Bollettieri at the IMG Academy, the 24-year-old modelled his game on former World No. 1 Marcelo Rios. At 5’9”, Rios rose to No. 1 in the FedEx ATP Rankings and clinched 18 tour-level crowns.

“We have the speed, we have the technique and the most important thing is [to be a] fighter,” said Nishioka. “We have to use [these qualities] because we don’t have power like them. We cannot hit service winners 20 times a match, we have to figure out where is the weakness and which [area] is the strongest for our opponents.”

5) Yoshi Is The Fastest One
We’ve all seen Mario Kart, but have you ever seen DBO Kart? At this year’s Delray Beach Open by VITACOST.com, Nishioka competed against Steve Johnson and Jordan Thompson in a golf-cart racing competition.

Wearing the headgear of his namesake Nintendo character, Yoshi, Nishioka took home the title with a clean run around the track.

“I think everybody knows, but Yoshi is the fastest one, so that’s why I win,” said Nishioka.