Hot Shot: He Slips And Still Wins The Point!

Hot Shot: He Slips And Still Wins The Point!

World number two Simona Halep was knocked out of the Dubai Championships as Swiss youngster Belinda Bencic again showed fight and resilience to reach the semi-finals.

Bencic, who saved six match points before beating Aryna Sabalenka in the previous round, won 4-6 6-4 6-2.

Halep, 27, struggled with her service game and was broken seven times.

Bencic, 21, missed two match points before claiming her third when the Romanian hit a forehand long.

The world number 45 goes on to play Ukraine’s defending champion Elina Svitolina or Spain’s Carla Suarez Navarro, who meet later on Thursday, in the last four.

French Open champion Halep, who is still without a full-time coach after splitting with Australian Darren Cahill last year, was made to pay for missed opportunities in the second set.

After failing to convert a break point to go 3-1 ahead, and another in an eight-minute game for a 4-2 lead, the former world number one lost concentration in the ninth as Bencic broke to love and served out easily for the second set.

That allowed Bencic to continue to grow in confidence, taking control of the points as she won six games in a row to lead 3-0 in the decider.

She regained her double break for a 5-2 advantage and, after a touch of nerves as Halep provided resistance, closed out victory in two hours and 19 minutes.

The two-time Wimbledon champion, seeded second, cruised to a 6-4 6-0 victory, setting up a last-four match against Chinese Taipei’s Hsieh Su-Wei.

The 33-year-old Taiwanese, who beat Germany’s Angelique Kerber in the previous round, took another notable scalp by beating Czech fourth seed Karolina Pliskova.

French wild card Ugo Humbert recorded the biggest win of his career on Thursday by beating World No. 12 Borna Coric 6-3, 6-3 in 80 minutes for a place in the Open 13 Provence quarter-finals.

“My level was good today, very positive,” said the 20-year-old Humbert, a contender to qualify at this year’s Next Gen ATP Finals in Milan. “The atmosphere was great, and it’s always easier when you aren’t the favourite. This was the first time I played a player ranked that high. I was able to stay calm and played well.”

Humbert, competing at a career-high No. 75 in the ATP Rankings, broke Coric’s serve three times and will next play German qualifier Matthias Bachinger, who was solid on serve in overcoming Fernando Verdasco, the fifth-seeded Spaniard, 6-4, 6-3 in 77 minutes.

“I watched Ugo in his last match,” said Coric, who will now travel to compete at next week’s Dubai Duty Free Tennis Championships. “I tried pretty much everything today. He returned well, mixed up his serve and didn’t miss many balls.”

You May Also Like: Opelka Crushing Aces, Milestones To Start 2019

Russia’s Andrey Rublev backed up his victory over three-time Marseille champion Jo-Wilfried Tsonga with a 6-3, 7-6(2) win over Matteo Berrettini of Italy in one hour and 37 minutes. He will next play Kazakhstani Mikhail Kukushkin, who beat fourth seed Denis Shapovalov on Wednesday.

Third seed David Goffin reached his first ATP Tour quarter-final of the season, battling past home favourite Benoit Paire 6-2, 6-3. After a pair of early breaks, the two were back on serve in the second until Goffin won the rally of the match and broke Paire for a 5-3 lead.

The usually quiet Belgian celebrated the break with a fist pump and a shout to the crowd. He will meet Gilles Simon for the fifth time in their FedEx ATP Head2Head series, which is tied at 2-2.

“Benoit can play very well. I’m happy with the victory tonight,” Goffin said. “I need to go through those kinds of matches in order to improve match after match. Every athlete goes through moments of doubt.”

Why The Skupski Brothers Don't Look Over Their Shoulders

Why The Skupski Brothers Don’t Look Over Their Shoulders

Brits are into the Delray Beach semi-finals

At the Delray Beach Open presented by VITACOST.com on Wednesday, just after 5:00 pm, 29-year-old Neal Skupski was on Court 1 hitting serves just minutes after reaching the doubles semi-finals. Recording those serves was his brother and partner, 35-year-old Ken Skupski.

“He didn’t feel comfortable on his serve [during the match]. Other players might be thinking, ‘Oh, he doesn’t serve well enough. I’m going to potentially look for someone who can serve better to help get me to that next level’,” Ken said. “I don’t see it like that. My idea is that he’s always going to be my partner. He’s the person who I will always play with… I’m always looking for my brother to do the best he possibly can. And he’s always asking for me to be the best I can be.”

As the Skupski brothers spoke to ATPTour.com later in the evening in the Delray Beach players’ lounge, Bob Bryan and Mike Bryan sat 10 metres away, preparing for a match of their own. The 40-year-old Bryan brothers have lifted 116 tour-level trophies together, and finished No. 1 in the year-end ATP Doubles Team Rankings 10 times.

In some ways, the sibling pairings are similar: the Bryans (Stanford) and the Skupskis (LSU) all attended college, and each team has a righty and a lefty. But in other ways, they’re different. 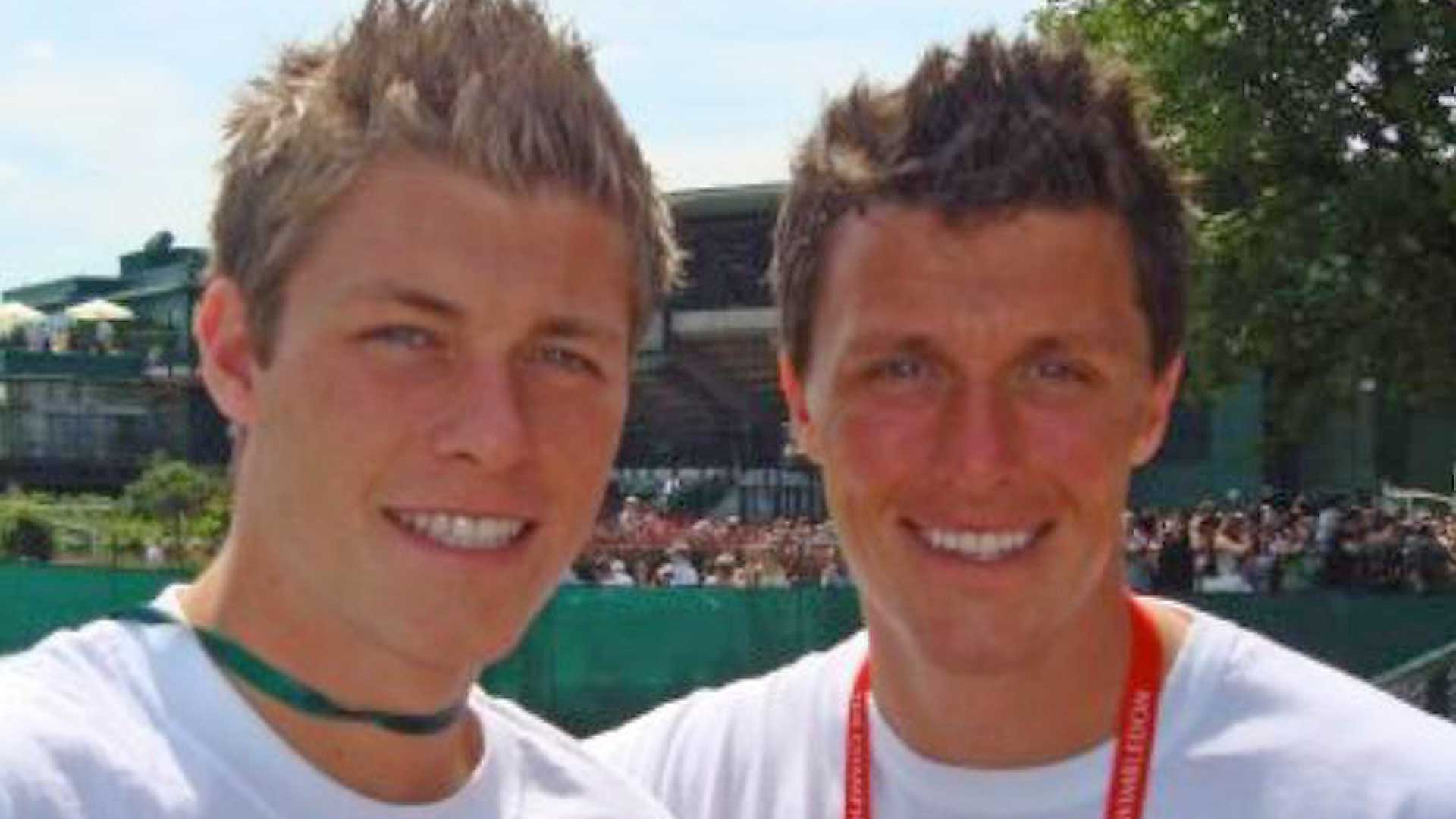 When Ken graduated from LSU and began his efforts on the professional circuit, there would still be another year before Neal would start studying at university. While the Bryans have competed together throughout their lives, it took until Ken was 30 and Neal was 23 for the Brits to compete alongside one another on the ATP Challenger Tour. Sure, Ken knocked around balls with his brother when they were younger, but just for fun.

In fact, Neal was only a sophomore at LSU when Ken captured his first two ATP Tour titles (w/Colin Fleming). They are playing with one another as professionals for the 136th time this week in Delray Beach.

“You’ve grown up looking at the Bryan Brothers. They’ve had unbelievable success playing doubles together. Obviously the best of all-time. It was tough at first [for us],” Neal said. “Ken is six years older than me and he took on the role of being the leader of the team, sort of the coach, too, because we didn’t have a coach at the time.”

The Skupskis have found success over the past couple of years. In 2018 alone, they won their first team ATP Tour title in Montpellier, and reached two additional finals. 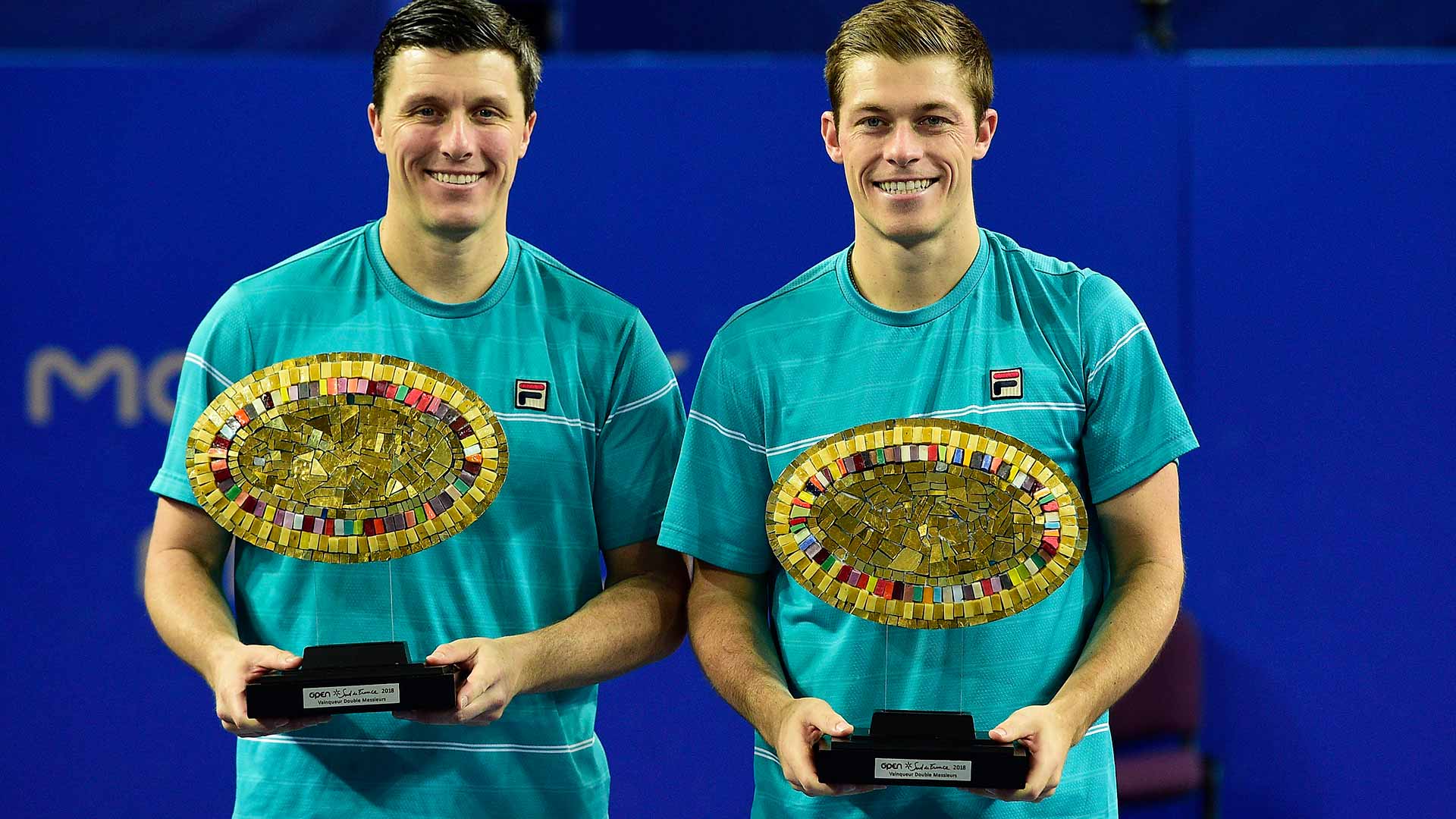 But Ken, as he puts it, is in the ‘twilight’ of his career. The British left-hander is 35 years old with three kids at home. Ken is No. 68 in the ATP Doubles Rankings, while Neal is No. 35, just four spots off his career-high. So if Neal is able to get into ATP Masters 1000 events and even ATP 500 tournaments, but Ken cannot because of his ATP Doubles Ranking, he is more than happy to support his brother from afar.

“It’s always a dream, isn’t it? Once you get to the idea of tennis potentially being a job, then you set serious goals of where you want to get to,” Ken said. “When you’re very, very young, to say you’re going to be making money off the sport and still playing at 35, I’d sign up for it every day of the week.”

And perhaps the best part of the experience is doing it alongside his younger brother. They were raised differently tennis-wise — Ken played junior tournaments every couple of weeks as a kid, while Neal only competed at four or five big events each year. Yet here they are, competing on the ATP Tour together.

“It is obviously nice to travel as a team, as brothers. It’s better than traveling with someone you don’t know on the Tour. Obviously he speaks the same language as me, likes the same things,” Neal said. “We have a lot of advantages of being brothers and playing together.”

“I can shout at him, he can shout at me and I don’t take it personally,” Ken said. “Some people can take offence to things, but I don’t. If I’m not good enough on the day, I know it, he knows it and we move on from it, find a way to get better.”

Ken’s goal is to maintain his ATP Doubles Ranking as best he can so that he can still play with his brother, as he has no intentions of holding his brother back. The 2017 Wimbledon quarter-finalists want to make a deep run at another Grand Slam, potentially compete at the 2020 Olympics and continue progressing daily. Most importantly, they are in it not just as a pair, but as brothers.

“It is a fantastic thing that our family was able to get two brothers to play professional tennis and make a living out of the sport,” Ken said. “These guys, the Bryans, they’re in the same boat. They’re not looking over their shoulder thinking their partner is maybe going to speak to another guy and go off to play other tournaments. They’re in it for the long haul.”

Bryan Brothers Back To Delray QF

Bryan Brothers Back To Delray QF

Four-time champions Bob Bryan and Mike Bryan enjoyed a successful – albeit tight – return to the Delray Beach Open by VITACOST.com on Wednesday night. The twin Americans ousted New York Open champions Kevin Krawietz and Andreas Mies of Germany 7-6(5), 7-6(3) to reach the quarter-finals of the ATP 250. 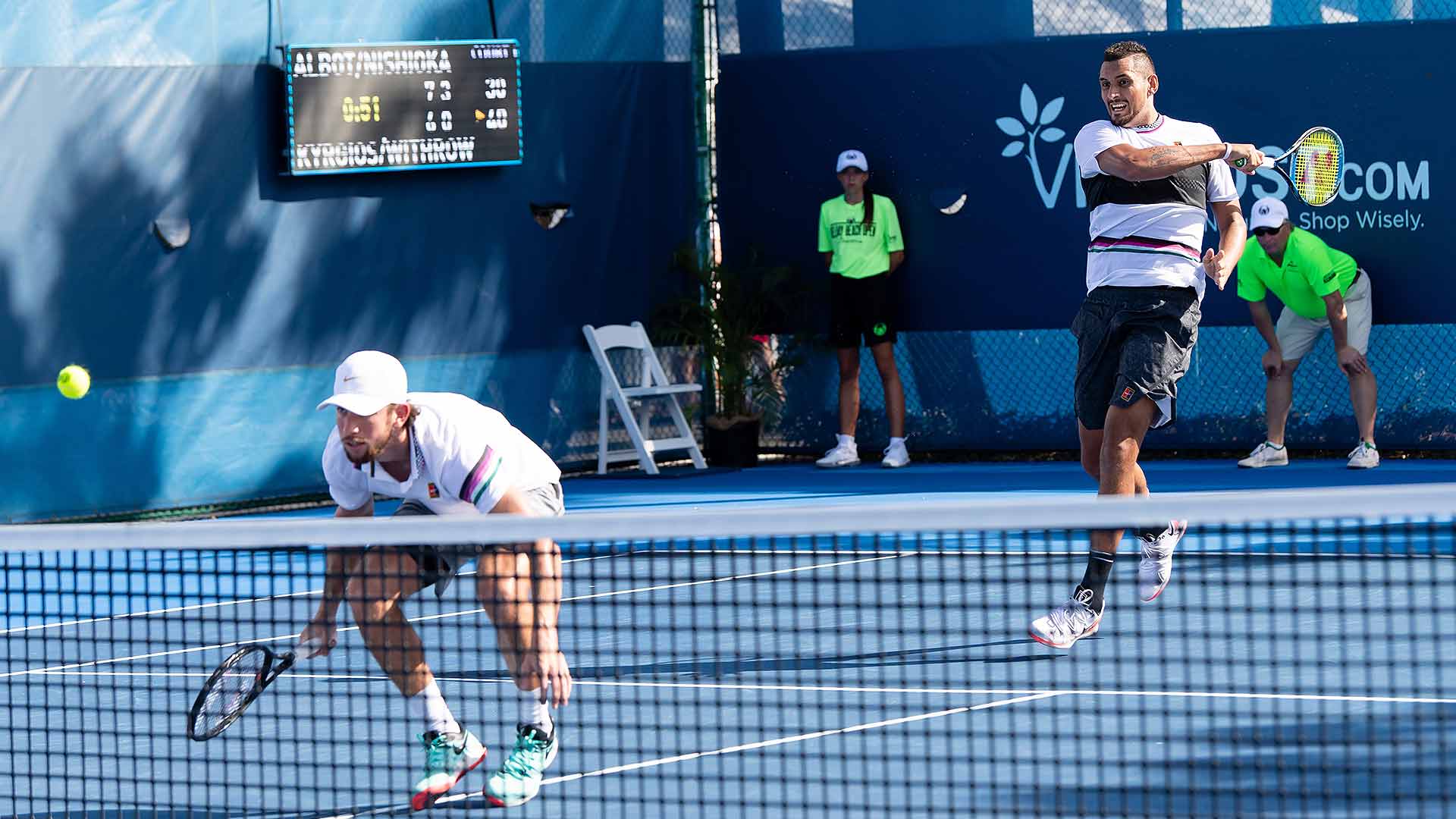 Both teams held throughout the opener, and they twice traded breaks in the second set before the Bryans sprinted to a 5/1 lead in the tie-break. They will next face Frenchmen Adrian Mannarino/Hugo Nys, who beat Americans Steve Johnson/Tennys Sandgren 6-1, 6-2.

You May Also Like: Opelka Crushing Aces, Milestones To Start 2019