Serena Williams says she wants to “move on to bigger and better things” following her first match back since her controversial US Open final defeat by Naomi Osaka.

“I don’t avoid anything,” she said.

“I just don’t have time to talk about that.

Williams got a code violation for coaching, a penalty point for racquet abuse and a game penalty for calling the umpire a “thief” in during the loss to Osaka.

Williams’ first chance to tie the record will be at the Australian Open from 14-27 January.

“It’s something that I clearly want but I have to be able to get there and beat a lot of good players to get it.”

She added that she felt “pretty fit” in her defeat by Venus.

“I was running and running and never got tired except for one point but then I got over it in 20 seconds, so I think that was really the highlight for me,” she added.

Before the match, Williams praised the introduction of more ranking protection for new mothers on the WTA Tour.

German great Boris Becker says he is not going to be women’s world number one Simona Halep’s new coach.

Romanian media reported Halep, who split up with long-time coach Darren Cahill in November, would start working with the six-time Grand Slam winner.

Becker said although he admired Halep, who won her first Grand Slam at this year’s French Open, he was busy with his other tennis commitments.

“It was never discussed,” the 51-year-old tweeted on Thursday.

Becker is currently the head of German men’s tennis and also works as a television analyst for several companies, including BBC Sport.

John Millman: Road To The 2019 Season

John Millman: Road To The 2019 Season

After 2018 Breakthrough, Millman Hungry For More

After 2018 Breakthrough, Millman Hungry For More

Aussie begins his season in Brisbane

John Millman enjoyed the best season of his career in 2018, climbing as high as World No. 33. Perhaps the Australian’s two biggest highlights were reaching his first ATP Tour final in Budapest and defeating Roger Federer at the US Open to reach the quarter-finals. That’s not bad for someone who had not previously finished higher than No. 84 in the year-end ATP Rankings.

But while the 29-year-old is happy with his year, that doesn’t mean he is ready to slow down.

“I still feel like I’ve got a little bit more improvement to come and I feel like next season can be even better hopefully,” Millman said. “Touch wood, the body holds together and I’m looking forward to putting myself up against the best players in the world. That’s what you want to do, that’s why you play tennis.”

Judging by his performance in 2018, it would be tough to tell that Millman has missed a lot of time on the court over the years due to injury. In February 2017, Millman underwent the third major surgery of his career, that one on his groin. Staying healthy was a big victory for the grinding baseliner in 2018, and his great results were a nice bonus.

“For him to finish where he finished was incredible. What he did at the US Open was fantastic,” said former World No. 8 Mark Philippoussis. “It was a hell of a year, so hopefully he can continue that and stay healthy, and then who knows how far he can go.”

Millman, who is known for his work ethic and how hard he competes, took some time off after his career year. But it didn’t take long for him to get back to work, joining a group of Aussies that was led by former World No. 1 Lleyton Hewitt and legendary coach Tony Roche to prepare for the new year.

“The Australian Open conditions are some of the toughest of the year and not just that, I think it’s important when you can to lay a foundation and this is the best opportunity to do so, to lay a foundation right now. This is the time to do it,” Millman said. “I think that Australians are really lucky to train here in the conditions where we start off the season and I think we’re really making the most of it.”

It’s always important to start the year on a high note. But it’s even more critical for Millman, as he wants to show his family and friends at home his very best. 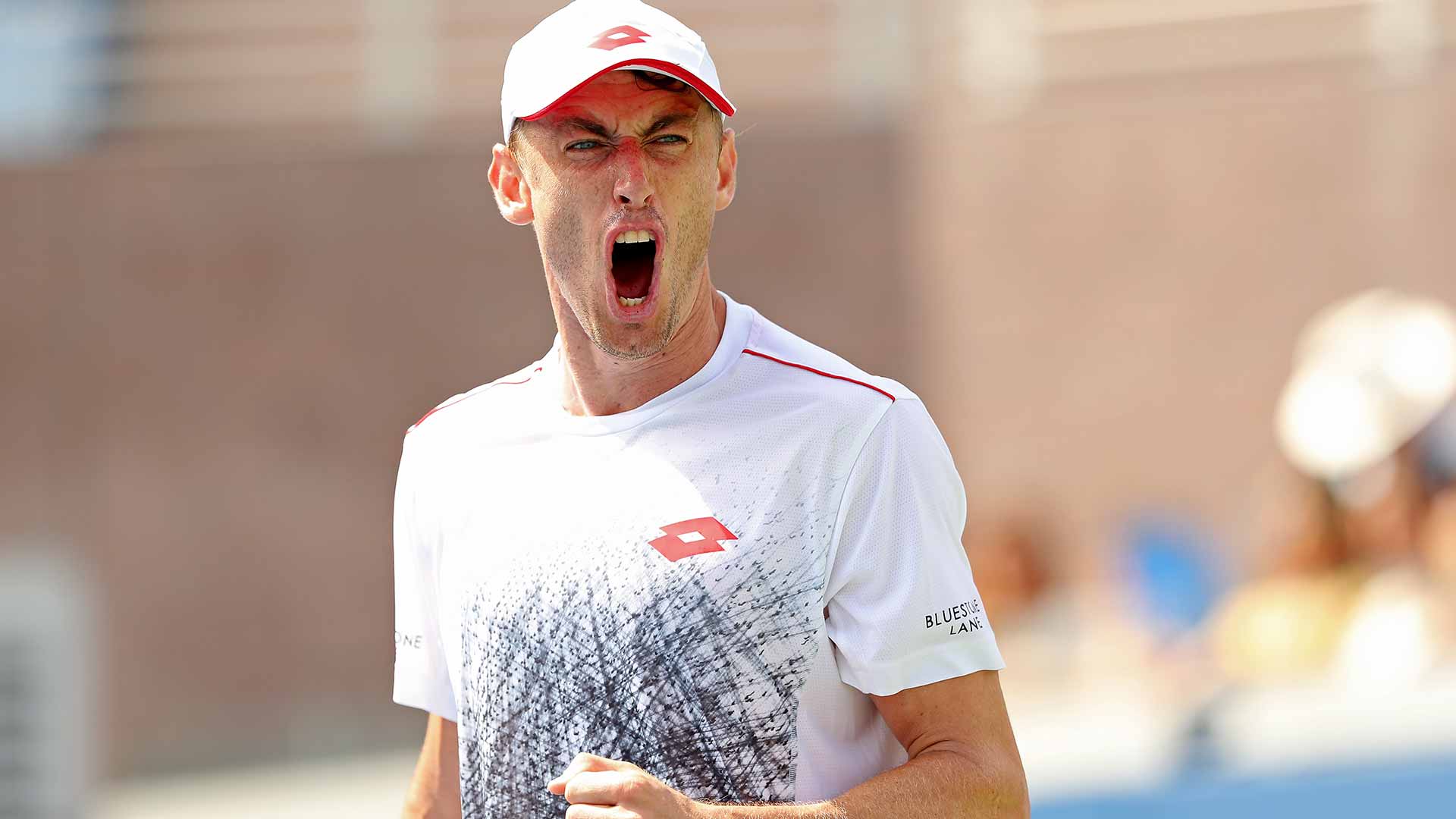 “I want to put on the best show I possibly can because this is a real opportunity where my friends and family get to come and watch me play. You want to go out there and you want to do them proud,” Millman said. “The way I can do that is to compete as hard as I can and play really good tennis. So definitely that’s in the back of your mind when you’re out here training and you’re doing everything possible to put yourself in the best physical and mental shape.”

With the season ready to begin and the hard work behind him, Millman is in a different place. With health on his side and the momentum of an impressive 2018 campaign that earned him a nomination for ATP Comeback Player of the Year, all Millman has to worry about is what he’s best at: going out and competing.

“He’s all heart on the court,” Philippoussis said. “He takes what he has, as far as his game, to the absolute max and heart can take you a very, very long way.”

Serena Williams has praised the introduction of more ranking protection for new mothers on the WTA Tour.

Players coming back from childbirth or injury can use their previous ranking to enter 12 tournaments over a three-year period.

In addition, they will not face a seeded player in an opening round.

“I think it’s great,” said Williams who gave birth to daughter Alexis Olympia in September 2017 and returned to action in February 2018.

“Women that are younger can go out there and have kids and not have to worry about it, and not have to wait until the twilight of their years to have children, and I think it’s a really great rule.”

Williams, 37, was not seeded at the French Open, her first Grand Slam appearance following her return, but was given a seeding of 25 for Wimbledon, despite being outside the top 32 in the rankings. She is now ranked 16th and will be seeded for next month’s Australian Open.

The WTA’s rule change comes after the organisation canvassed the opinions of players earlier in the year.

World number one Simona Halep and five-time Grand Slam champion Maria Sharapova had both offered their support to Williams, but others like Petra Kvitova, Victoria Azarenka and Johanna Konta expressed reservations.

Williams added: “I think having gone through the experience myself really opened my eyes. Would have I done it sooner had there been different rule changes? I don’t know. But now there is an opportunity, people don’t have to ask that question.”

The 23-time Grand Slam champion will be in action against sister Venus in Abu Dhabi on Thursday in her first match since September’s US Open final defeat by Japan’s Naomi Osaka. That match was overshadowed by her outburst at chair umpire Carlos Ramos, whom she called a “liar” and “thief”.

She was docked a game for verbal abuse following a point penalty for racquet smashing and a code violation for coaching. She was subsequently fined for her outbursts.

Denis Shapovalov: Road To The 2019 Season

Denis Shapovalov: Road To The 2019 Season