A final report into corruption in tennis says there should be no live streaming, or scoring data provided, at the lowest tier of professional tennis.

The Independent Review Panel has also reiterated its view that betting companies should no longer be able to sponsor tournaments.

But it has watered down a suggestion in April’s interim report that players’ appearance fees should be published.

The report was set up after concerns were raised about betting in tennis.

The panel says it has been “impressed with the level of assistance and cooperation provided to it throughout”.

The sport’s various governing bodies have committed to implementing the recommendations in full, and the panel says it “considers the sport is well-positioned to address the integrity challenges that it faces”.

The ban on live scoring data was initially proposed for all events offering up to $25,000 in prize money.

But following a period of consultation, the panel has decided it should just apply to $15,000 events, as evidence suggests the problem is significantly greater at this lower level.

The International Tennis Federation (ITF) currently has a contract in place with Sportradar, which allows the Swiss based company to act as the official distributor of all its data.

During the consultation period Sportradar argued preventing the sale of official data would open up a black market.

“However we believe that they could and should have gone further. The panel’s approach remains disproportionate,” he added

The contract, worth in the region of $70m, still has three years to run.

The panel says the ITF should not “enter into any new contract or extend the term of any current arrangements” – but stresses the other governing bodies should compensate it for the loss of vital future revenue.

The report adds that “as yet, the international governing bodies have not established a basis, or even a clear commitment, to provide the funding”.

On appearance fees, the panel has accepted a proposal that a confidential report should instead be sent to the Tennis Integrity Unit. It says it recognises the practical difficulties in publishing fees, or imposing limits on the amount a tournament is able to pay.

A statement issued on behalf of the sport’s governing bodies

Delivering a world-class anti-corruption regime for professional tennis remains a paramount priority for the international governing bodies of tennis.

The Independent Review Panel’s Final Report, published today (19 December 2018) at www.tennisirp.com maps out a comprehensive route for the sport to follow in combatting betting-related corruption, particularly the vulnerabilities highlighted at the lower levels of the game.

It also confirms that the Panel has seen no evidence of any institutional corruption or cover-up by the international governing bodies or the Tennis Integrity Unit (TIU).

Having already confirmed our agreement in principle to the draft recommendations contained in the IRP’s Interim Report of April 2018, we will now work collectively to prioritise timely implementation of the Panel’s final integrity and governance recommendations.

The Panel acknowledges and credits progress already made in important areas, such as the number of successful prosecutions secured by the TIU; its expanded relationships with the betting industry; a major commitment to education and increased staffing levels. There is also recognition of structural changes made to improve the player pathway by the ITF and ATP.

Alongside the continued development and increased funding of the TIU, the sport has also acted on the Panel’s governance recommendations, and the recruitment process for a Chair to lead the new, independent Supervisory Board that will provide the highest quality strategic oversight, direction and guidance for the TIU is under way.

We aim to make this important appointment in early 2019, to be closely followed by selection of the remaining Board members.

Continuing our Season In Review series, ATPTour.com pays tribute to six players who retired in 2018. In part one, we looked back at the careers of five other players, including Tommy Haas.

Mikhail Youzhny (Retired: 21 September), career-high No. 8
The Russian finished his career one victory shy of 500 match wins, but it didn’t matter to Youzhny, who spent 13 straights seasons in the Top 50 of the ATP Rankings. As the son of a Soviet Army Colonel, his salute celebration at the end of his 499 match wins became his trademark. Arguably, the match that made him came in November 2002, when he rallied from two sets down to beat fellow 20-year-old Paul-Henri Mathieu in the fifth rubber to give Russia its first Davis Cup trophy.

Having won his first ATP Tour title earlier that year on Stuttgart clay, Youzhny grew in confidence winning a further nine trophies from 20 finals. He reached his first Grand Slam championship semi-final at the 2006 US Open (also 2010) and 18 months later rose to No. 8 in the ATP Rankings (on 28 January 2008). Youzhny also advanced to the quarter-finals of the three other major championships. Read & Watch Tribute 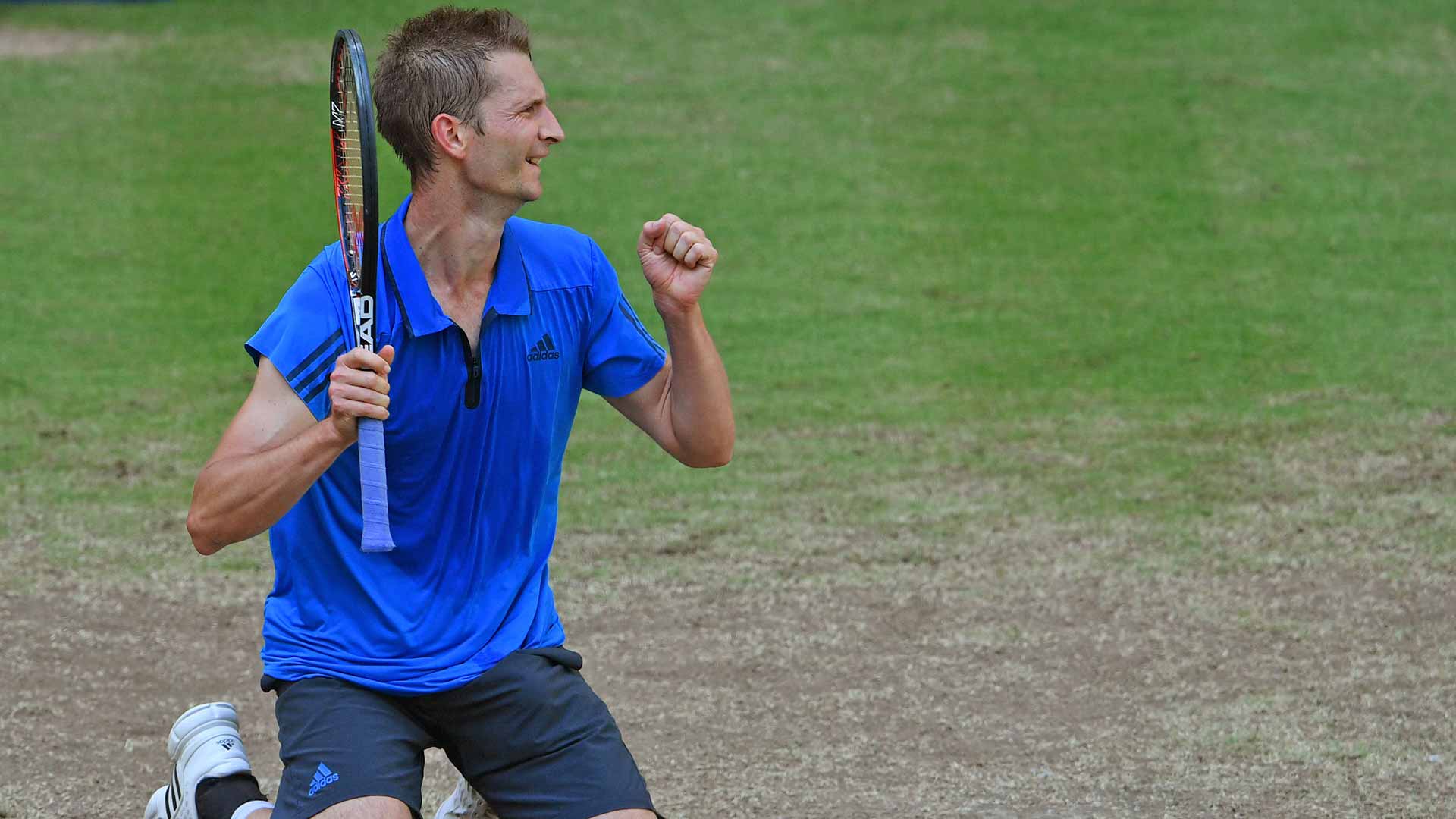 Florian Mayer (Retired: 27 August), career-high No. 18
With long backswings, the German’s style of play was unorthodox but effective. The 2004 ATP Newcomer of the Year and a two-time Wimbledon quarter-finalist rose to a career-high No. 18 in the ATP Rankings on 6 June 2011. Last month, Mayer told ATPWorldTour.com, “Having gone 0-4 in my first four finals, I began to question whether I was good enough to win a coveted ATP title. I needed to wait until 2011 in Bucharest to lift a trophy, but my final victory over Alexander Zverev in 2016 [at the Gerry Weber Open in Halle] will be the one I always remember as it was on my comeback from injuries, after almost two years on the sidelines.” 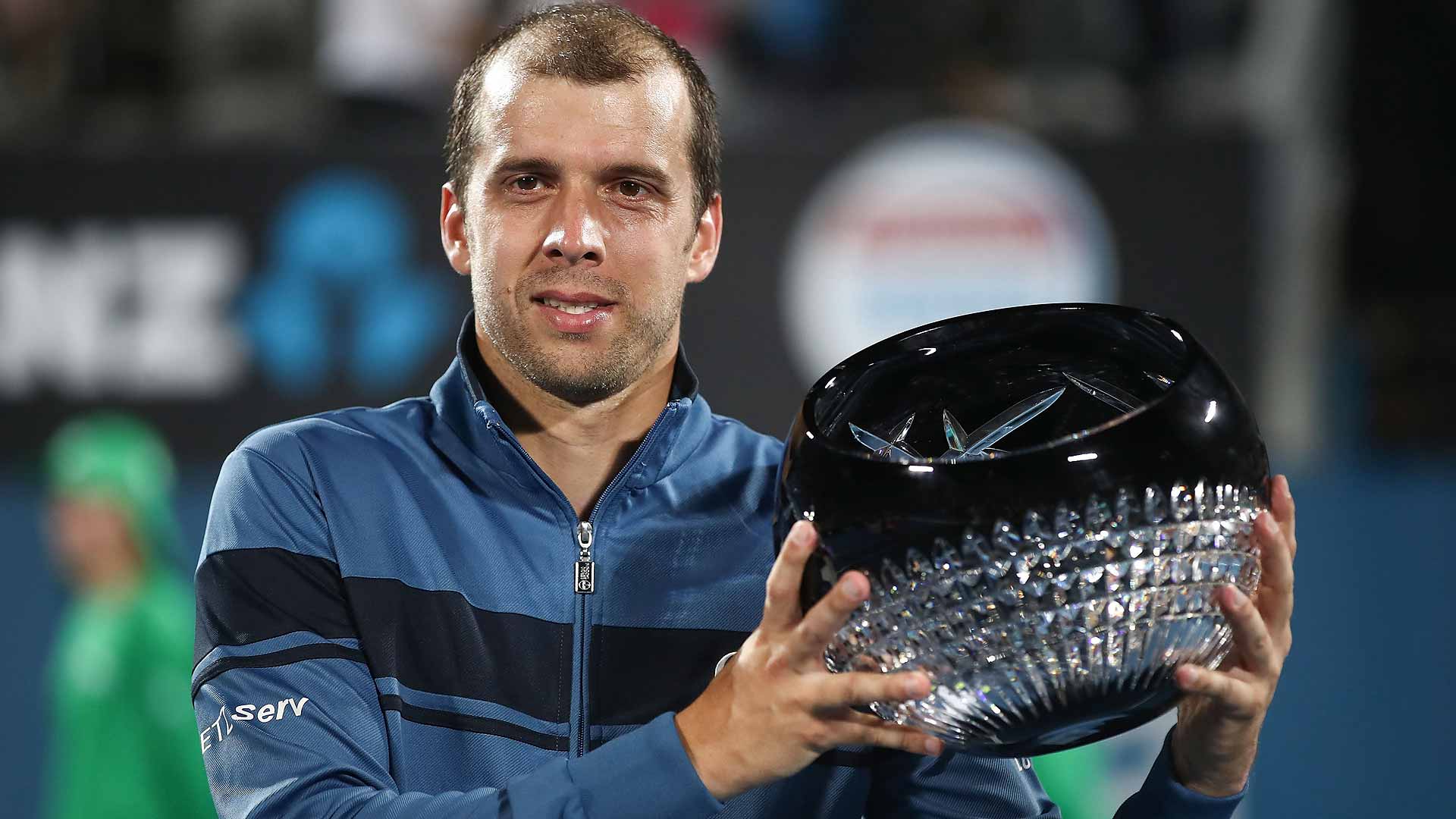 Gilles Muller (Retired: 27 August), career-high No. 21
In order to succeed as a tennis player, Muller had to leave his native Luxembourg. He did so of his own violation (his parents did not push him) and he would later finish 2001 as the year-end junior World No. 1. Thereafter the serve-volleyer forged a career that was centred on a strong work ethic, which included quarter-final runs at the 2008 US Open (as a qualifier) and 2017 Wimbledon (including a 15-13 fifth set win over Rafael Nadal in the fourth round).

Having reached his first ATP Tour final in July 2004 at the Citi Open (l. to Hewitt), Muller needed to wait 13 seasons until he snapped a five-final losing streak. In an emotional 2017 Sydney International final, with his family courtside, 34-year-old Muller beat Daniel Evans to lift the trophy and later, in June, he captured his second crown at the Libema Open (d. Karlovic). Read & Watch Tribute 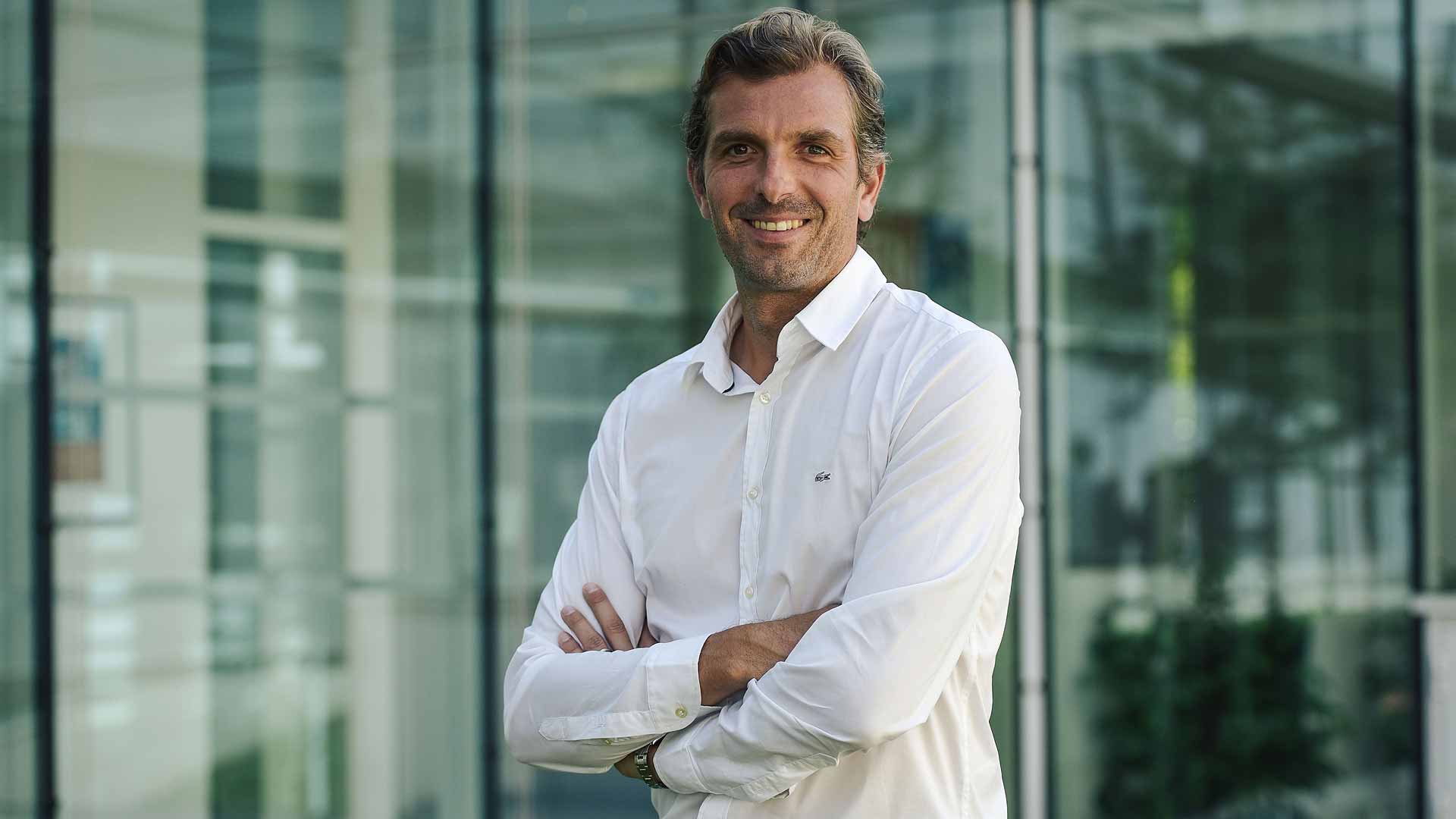 Julien Benneteau (Retired: 26 October), career-high No. 25
The softly spoken Frenchman was a throwback to a bygone era, who played as he dressed – with great style and flair – to rise to a career-high No. 25 in the ATP Rankings (17 November 2014). His 0-10 record in ATP Tour finals is an unwanted Open Era record, with his closest shot coming at Kuala Lumpur in 2013 when he failed to convert a match point against Joao Sousa. But Benneteau troubled all-time greats, with victories over Roger Federer, Nadal and Novak Djokovic among 18 Top 10 wins on all surfaces.

His 12 doubles crowns from 21 finals included ended France’s 30-year title wait at 2014 Roland Garros (w/Roger-Vasselin) and two crowns at ATP Masters 1000s, at the 2009 Rolex Shanghai Masters (w/Tsonga) and the 2013 Rolex Monte-Carlo Masters (w/Zimonjic). The former doubles World No. 5 also secured the bronze medal for France with Richard Gasquet at the 2012 London Olympics at Wimbledon and helped his nation win the 2017 Davis Cup crown. Benneteau will now focus on his role as France’s Fed Cup captain. Read & Watch Tribute 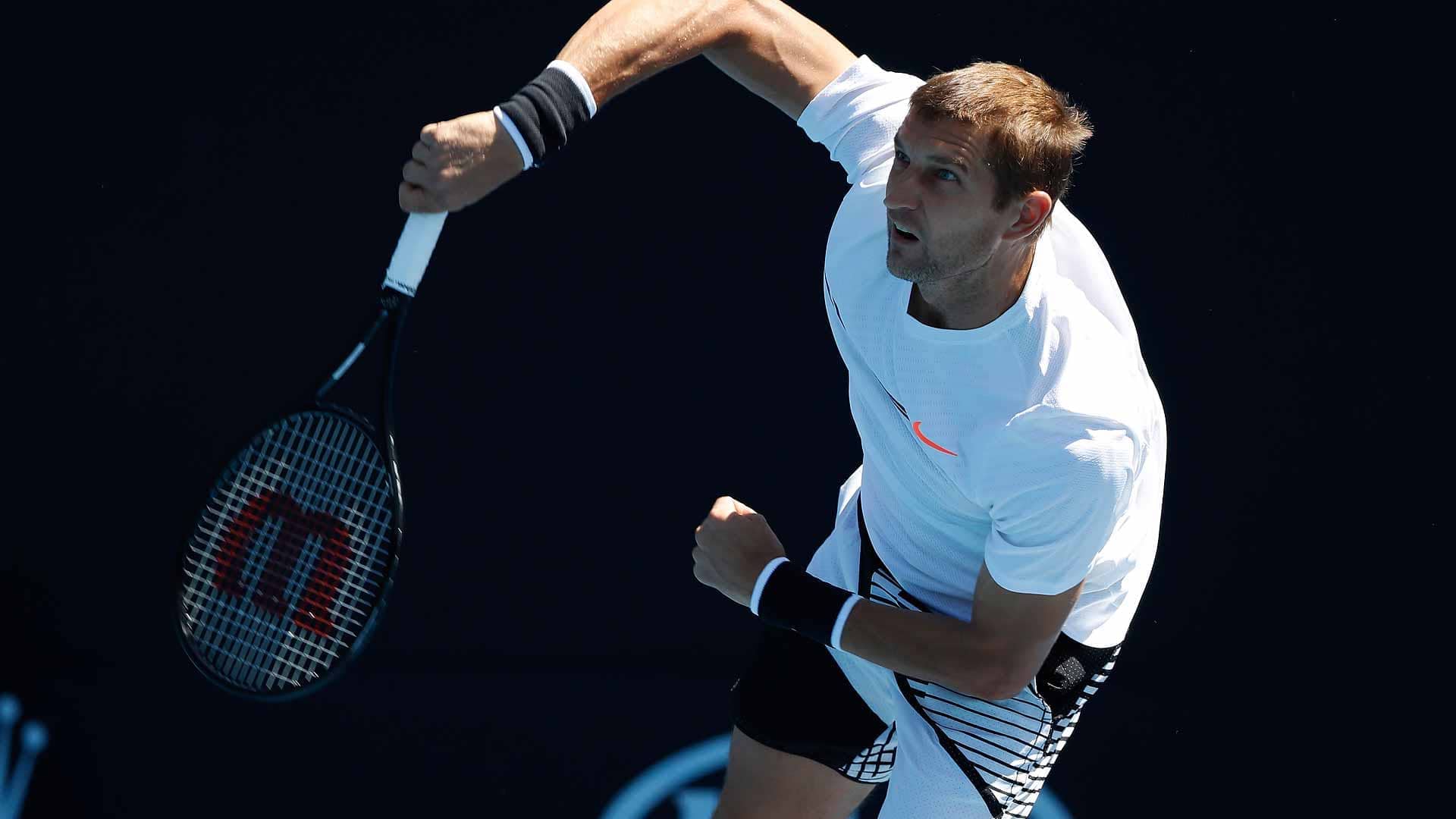 Max Mirnyi (Retired: 29 November), career-high doubles No. 1
Nicknamed “The Beast”, Mirnyi had everything to succeed as an athlete: a strong work ethic and great physical attributes. Mirnyi climbed to the top of the ATP Doubles Rankings for the first time on 9 June 2003, and he would spend 57 weeks atop the doubles mountain, good enough for 15th all-time. The Belarusian won 52 tour-level doubles titles (52-46), and Mirnyi recently finished his 20th consecutive doubles campaign inside the Top 100.

As a singles player, he ascended as high as No. 18 in the ATP Rankings, and won 244 tour-level matches, including 16 victories against Top 10 opponents. He also captured the 2003 ABN Amro World Tennis Tournament crown. The six-time men’s doubles Grand Slam winner and 2012 mixed doubles Olympic gold medallist (w/Victoria Azarenka) qualified for the Nitto ATP Finals 10 times, lifting the trophy in 2006 with Jonas Bjorkman and in 2011 with Daniel Nestor. ‘The Beast’ also captured 16 Masters 1000 doubles titles, including the 2003 Miami crown with Roger Federer. Read & Watch Tribute