Veteran Serbian talks to ATPTour.com about his journey back

A lot of people think he is crazy to come back. His doctors can’t believe he played through the pain for so long. Yet almost seven months to the day after he underwent bilateral hip surgery, 42-year-old Nenad Zimonjic is returning to the ATP Tour this week.

After 10 years of pain and degenerative joint disease, the Serbian had no choice and underwent a two-and-a-half-hour operation on 8 June 2018 at the Endogap Clinic in Garmisch-Partenkirchen, Germany in a bid to simply improve his future quality of life. Extending his professional tennis career to a 25th season was far from his thoughts.

“I knew I may have played the final match of my professional career,” Zimonjic exclusively told ATPTour.com, ahead of his return at the Sofia Open on Wednesday. “There were no guarantees that I would come back. It was risky, but in the past three or four years I experienced a lot of pain. I had no choice. I did my research and consulted with my doctors.”

The Serbian, who has always taken great pride in his conditioning and match preparation, was often ridiculed by fellow players for the time he spent on tournament physio tables, but only a select few, including Clay Sniteman, a Senior Director of Medical Services, and his ATP colleague, Graham Anderson, knew the full story.

“In 2008 at Wimbledon, I felt a really strong pain in my groin after one match with Daniel Nestor,” said Zimonjic. “After the match, Clay told me to do a CT scan and x-ray, which I did. They told me I had a really big problem with my right hip, to begin with. There was, at that time, already below 50 per cent cartilage. I had a couple of different suggestions regarding the operation, to do orthoscopy or clean it, but there was no guarantee to come back. I decided to wait on having surgery.”

Zimonjic battled on, rising to No. 1 in the ATP Doubles Rankings on 17 November 2008, but year after year, the pain increased to 24 hours a day. By early 2018, he began to research a solution at specialists in England, Germany and Serbia. “Everyone agreed that at some point I would need total reconstruction surgery,” said Zimonjic. “The past three to four years, it was extremely difficult and I came to the point where I needed to have surgery.” 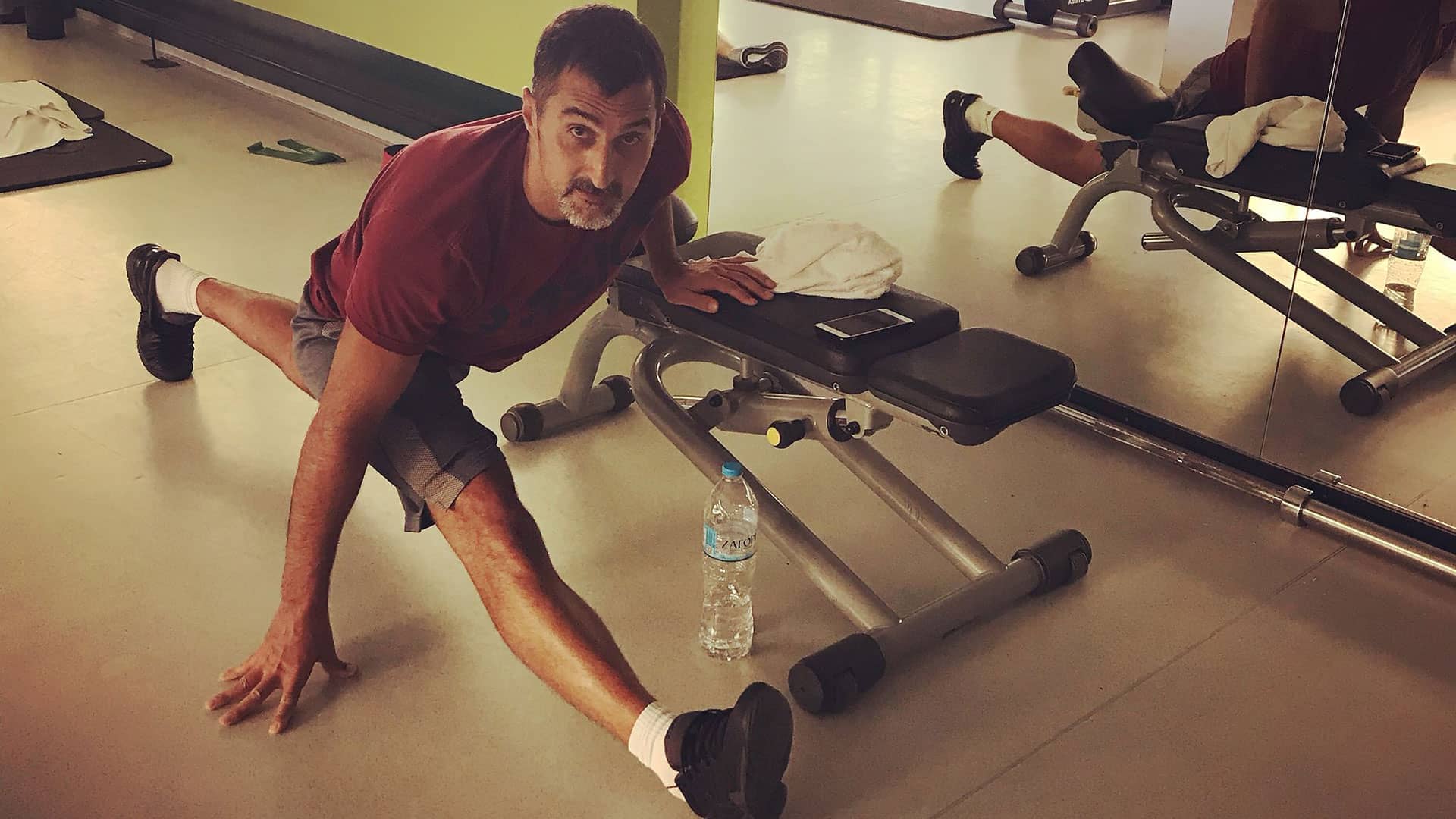 “For the past 10-11 years, I’ve done all of my rehab in Eden Reha, in Donaustauf, near Regensburg, with Klaus Eder, a physiotherapist with an amazing reputation, who has over 30 years of experience with tennis players, footballers, summer and winter Olympic athletes in Germany,” said Zimonjic. “He has also worked in the past with Boris Becker and he recommended that I have the operation in Garmisch-Partenkirchen, Germany with Dr. Christian Fulghum and his partner, Dr. Andres Berger.

“Even before the operation they couldn’t believe I could play with my hips, sitting on a bench for seven hours at a time, then play for up for three-and-a-half, four hours the next day in a Davis Cup tie. They saw there was absolutely no cartilage in both hips and they said it was amazing how much pain I could handle and that I could play at a high level.”

On the morning of 8 June 2018, only a few days after playing his last doubles match at the BMW Open by FWU in Munich, Zimonjic had bilateral hip surgery, one procedure. Two days later, he started to take his first tentative steps on crutches along the corridors of the Garmisch-Partenkirchen hospital during a seven-day post-operation stay. “It wasn’t until two weeks after the surgery that I realised how much pain I’d gone through, for so long,” admitted Zimonjic, who walked unaided six days after the operation.

“Shortly before the operation, they asked me when I would come back to play professionally? I was very surprised, as I’d only thought I’d play recreational sport and be pain free. But they said, ‘If it everything goes well, you can come back and try to play.’ For sure, it was emotional. It was a little light at the end of the tunnel. Before, I’d joked with my wife, Mina, that I’d like to play just one tournament with both of my hips replaced.

“After the operation, it really was starting from scratch once again. How to walk, everything. I underwent my rehabilitation in Eden Reha once again for five weeks. I then went on a much-needed two-to-three-week vacation with his wife and our twins, Leon and Luna… Once I got the green light to play, I started with my fitness coach, Ivan Dimitrijevic, and my tennis coach Marko Nesic [who Zimonjic partnered to the national doubles title in 1993].”

“I was very motivated and I enjoyed the process. It was a long, long journey, being away from family in Germany. When I trained in Serbia for up to 10-11 hours each day, starting at 8-8:30 a.m. each morning, and would only take half-an-hour for lunch, sometimes finishing at 7 p.m., after manual therapy, electro therapy and work in the pool. I respected everything the doctors told me and Klaus and his team.”

Zimonjic’s journey has been captured on film, over the past three years by Billy Peterson, of Epic Match Media, who has charted the challenges the Serbian faced to become a professional player, a World No. 1, and now as an aging athlete with two new hips.

At an age when the vast majority of his contemporaries have retired, what does the 54-time tour-level titlist have to prove? When asked, Zimonjic explained, “I am returning for myself. I also hope, in doing so, that I can inspire others to continue to pursue their dreams, to come back and prolong their careers after major surgery.

“It is going to be difficult to play for the first time in months, but I’m very excited and ready. It’s not going to be easy, but I’m going on the court to see how I play. It’s going to be a case of one match, one tournament at a time. I’m going into an unknown territory, but it will be nice to play pain-free and enjoy those moments again. I am coming back because I love the sport.”