With Mismatched Socks, Andrej Martin Raises Awareness For Down Syndrome

With Mismatched Socks, Andrej Martin Raises Awareness For Down Syndrome

After 13 years on the ATP Tour, Andrej Martin reached a career-high FedEx ATP Ranking of No. 93 in February and was playing the best tennis of his career. But the 30-year-old Slovak’s late success was motivated by more than his desire to compete in the world’s biggest events.

Two years ago, Martin pondered his motivations for playing tennis and discovered that he wanted to play for something bigger than himself. He began to research different charity organisations, reached out to several with an offer to help and began collaborating with a few of them. When a clothing company made him aware of World Down Syndrome Day (21 March) and how people wore brightly coloured, mismatched socks to support the cause, he latched onto the concept.

“I fell in love with this great cause and was thinking of ways to promote it. It’s a small effort from me to start wearing two different socks, but could potentially create a huge positive impact and bring well-deserved attention to Down Syndrome,” Martin said to ATPTour.com. “I realised that because tennis provides publicity and therefore possibly impacts society, I can be very useful to others and provide help where I believe it’s needed.” 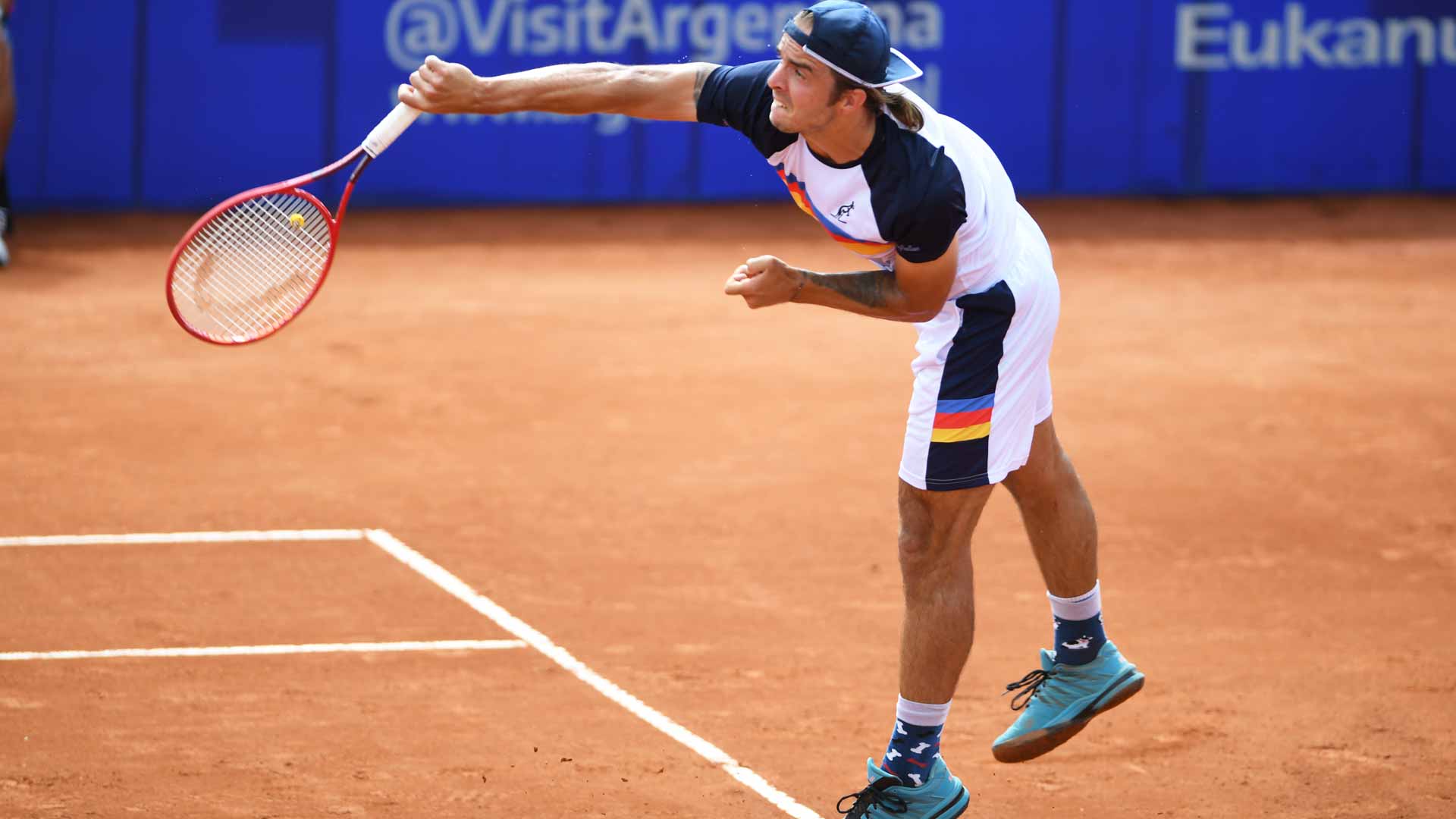 When media outlets and fellow players picked up on his new footwear and asked him about it, Martin realised he had hit on an important conversation starter. He decided to continue wearing two different socks in most of his matches in order to continue bringing attention to Down Syndrome.

“I generally don’t like to celebrate specific days symbolising things because I don’t believe that certain things only deserve our attention one day of the year. People with Down Syndrome deserve our attention every day of the year.” Martin said. “I keep getting questions about my socks from people in tennis, so that proves it’s being noticed and makes sense to keep wearing them to promote this great cause. If I can keep reminding people about it, I’ll happily do it.”

Je krásne byť odlišný. 21.3. je deň Downovho syndrómu a symbol na podporu tejto veci je nosiť 2 rozdielne ponožky. Práve toto je dôvod prečo som začal nosiť 2 rozdielne ponožky aj na mojich tenisových zápasoch. Lebo krásni ľudia s downovým syndrómom nie su s nami iba v tento deň a je dobré si to pamätať! #ponozkovavyzva Being different is beautiful. 21.3. is an international day of Down syndrome and a symbol to support it is to wear 2 different socks. This is the reason why I started to usually wear 2 different socks also during my tennis matches. Because these beautiful people with Down syndrome are not with us only on this day and is important not to forget!

Martin’s unique method of activism is another example of how he has remained a true individual on Tour. The Slovakian chooses not to travel with a coach and credited the decision with leading to his recent success.

“I’ve been collecting experiences from people around me throughout my life and was following advice from my tennis coaches. Now I’m 30, so I felt like it’s time to find ways to be responsible for myself,” Martin said. “I really enjoy relying only on me and focussing on fully discovering my limits, strengths and weaknesses. I like to experiment, even if it goes against conventional ways, and lead by example with my actions and behaviour.”

Martin is currently back in Slovakia and eager to resume competing, but has made the most of his time at home. Not only he has indulged his passion for adventure, but he’s also revised his training methods in a way that he believes will serve him well when action resumes on Tour.

“This time is very interesting because it gives me opportunity to change my old tennis routines. I focus on technical and tactical preparation during my training and there’s usually very little time for that during the tennis season,” Martin said. “But I also have time to spend doing other activities besides tennis. I’ve always dreamed of spending time in the mountains and doing adrenaline sports, so now I’m lucky enough to have a place to stay most of the time in the High Tatras and fulfill my dream.”