Wawrinka, Medvedev Wrap Up Suspended Matches At US Open

Wawrinka, Medvedev Wrap Up Suspended Matches At US Open

Perfect conditions greeted the players on Day 4 at the US Open, one day after play was completely washed out on the outside courts. A total of 11 second round singles matches were carried over from Wednesday.

Stan Wawrinka improved to 6-0 against Jeremy Chardy in their FedEx ATP Head2Head series, edging the Frenchman 6-4, 6-3, 6-7(3), 6-3. In front of a packed Court 17 crowd, the 2016 champion advanced after two hours and 44 minutes. He has reached the quarter-finals or better in four of his past five appearances in New York.

“I think today was a great battle,” said Wawrinka. “I served really well and played aggressive. It was a great atmosphere on this court. For me, I take it match after match and I’m happy with how I’m playing here.”

You May Also Like: Marathon Man Zverev Outlasts Tiafoe In Five

The tour-level wins leader added a 46th victory in 2019, as Daniil Medvedev moved to an impressive 16-2 in the month of August. The World No. 5 equalled his best result in a Grand Slam with a second round victory over Hugo Dellien on Thursday, defeating the Bolivian 6-3, 7-5, 5-7, 6-3. The Cincinnati champion and runner-up in Washington and Montreal is streaking towards the second week at the US Open.

Denis Kudla needed six match points to put away 27th seed Dusan Lajovic 7-5, 7-5, 0-6, 6-3. The first American into the third round, Kudla is enjoying a career-best result at Flushing Meadows. He will face a third consecutive Serbian opponent on Friday – World No. 1 Novak Djokovic.

On Wednesday, after waiting for nearly seven hours, Alex de Minaur and Cristian Garin played six points before their match was suspended due to rain. As they got underway on Thursday, the #NextGenATP Aussie was eager to get off the court as fast as possible. He sprinted past Garin 6-3, 7-5, 6-3 in two hours and 20 minutes, setting a third-round encounter with World No. 7 Kei Nishikori. It will be their first meeting. 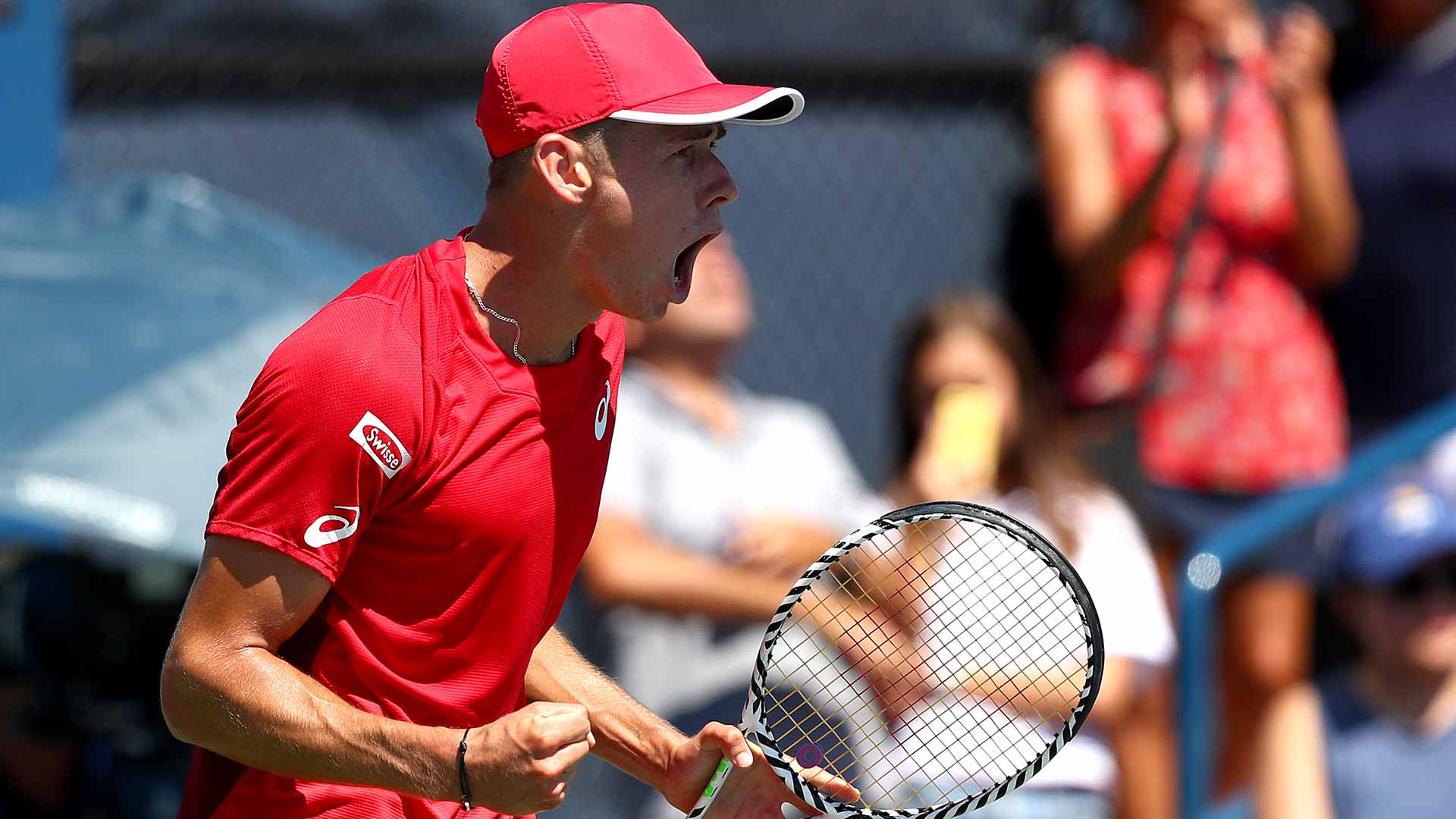 For a second straight match, Poland’s Kamil Majchrzak rallied from a set down to win in five. He outlasted Pablo Cuevas 6-7(3), 6-4, 2-6, 6-4, 6-1, setting a third-round meeting with Grigor Dimitrov. Majchrzak is the first lucky loser into the US Open third round since Leonardo Mayer in 2017.

Daniel Evans booked a third-round blockbuster with Roger Federer after ousting Lucas Pouille 6-4, 6-3, 6-7(4), 6-4 in three hours and 10 minutes. The Brit defeated the 25th seed behind 30 winners and eight break points converted. He will face Federer for the third time in their FedEx ATP Head2Head series, having dropped their two previous Grand Slam encounters in Wimbledon in 2016 and the Australian Open earlier this year.