Eight-time former champion Roger Federer is level with his long-time rival Rafael Nadal, the two-time former winner, 7-6(3), 1-6 on Friday in their semi-final on Centre Court at The Championships, Wimbledon.

It is the pair’s 40th FedEx ATP Head2Head meeting and their first on a grass-court encounter since their legendary 2008 Wimbledon final that Nadal won 9-7 in the fifth set.

Federer, who is bidding to reach his 12th Wimbledon final, could not convert one break point at 4-3 in the first set, but played at his attacking best in the tie-break, before Nadal fought back after a tense start to the second set. Nadal is attempting to capture his second Roland Garros/Wimbledon title double.

The winner will play World No. 1 Novak Djokovic, the four-time titlist, who knocked out No. 23 seed Roberto Bautista Agut in four sets earlier on Friday. Djokovic leads Federer 25-22 and Nadal 28-26 in their career series.

You May Also Like: Djokovic Moves Into Sixth Wimbledon Final

Nadal became the first player to qualify for the 2019 Nitto ATP Finals, to be held at The O2 in London from 10-17 November, after his quarter-final win over Sam Querrey at The Championships on Wednesday. 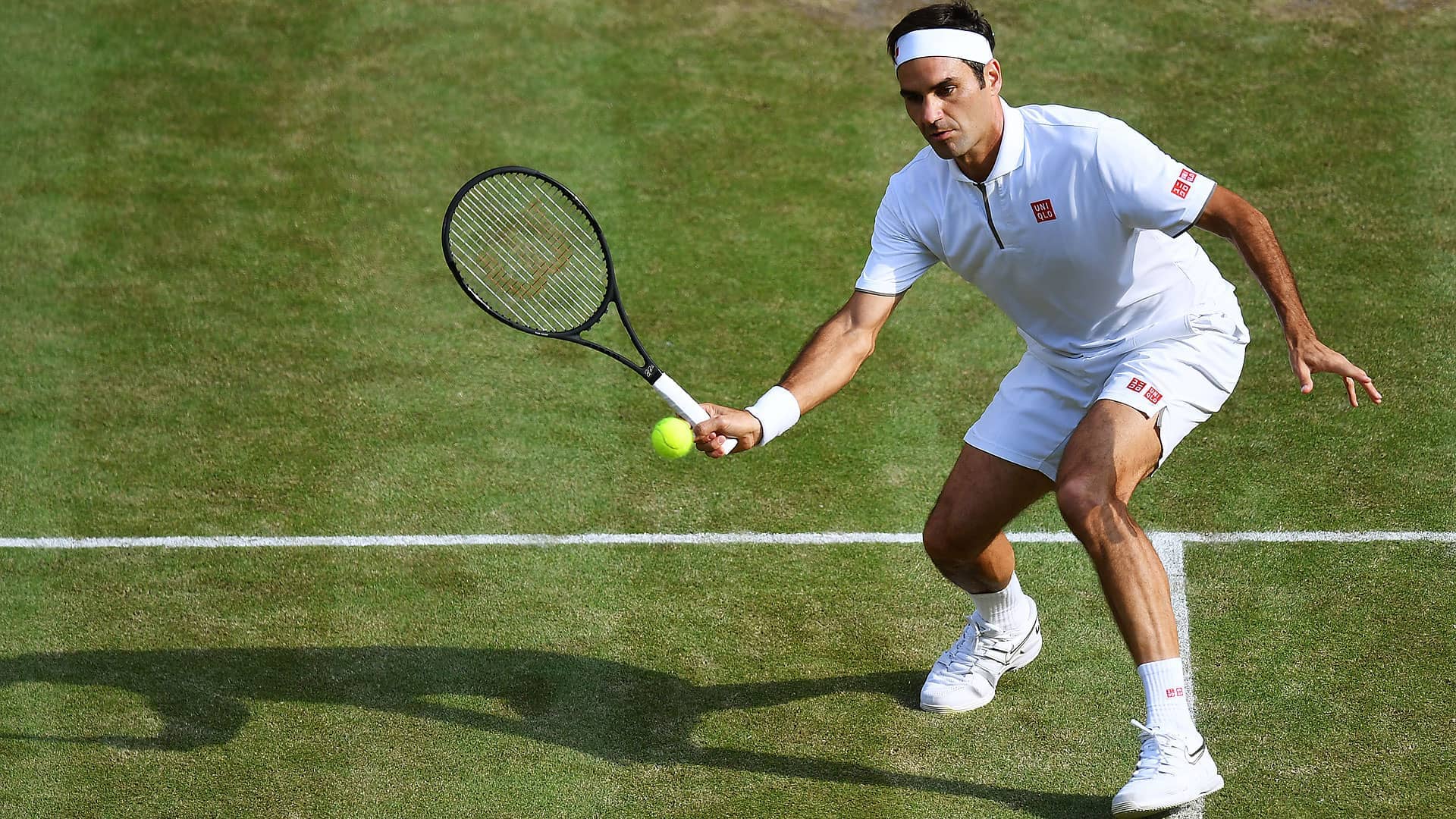 Nadal stood deep behind the baseline on return of serve and Federer soon picked up on the ploy, exposing the angles of the court and serve and volleying with great frequency. The match, played in breezy conditions at the All England Club, went with serve to the tie-break, but Federer did have a break point on Nadal’s serve at 3-4, 30/40, when the Spaniard’s footwork got him out of trouble. Nadal got himself in trouble at 5-6, 40/0, losing three straight points, but in the tie-break raised his game to lead 3/2. From that point, Federer went on the attack, stepping into the court and rushing the net to win five of the next six points to clinch the 52-minute opener. Federer completed the set with a forehand, his 16th winner.

Having won 27 of his 34 service points in the first set, Federer came under pressure in his opening service game of the second set, but continued to back himself at the net. The Swiss saved Nadal’s first break point with a smash and a backhand volley on the second opportunity. One game later, it was Nadal’s turn to feel the heat as he recovered from 15/40, but Federer was still able to step inside the baseline. While Nadal’s return positioning, deep behind the baseline, was questioned, he soon won 10 points in a row, capitalising on a lapse in concentration from Federer, who lost his serve to love after a backhand error.

Nadal carried the momentum, with Federer’s level dropping slightly in a 10-minute period. Federer mis-timed a forehand on approach to the net to give Nadal a 5-1 lead and the Spaniard then calmly closed out the second set with a hold to love — ending with an unreturned serve. Nadal won 30 of 45 points in the net, with 17 of 23 service points won.