Stefanos Tsitsipas started the #NextGenATP rise of 2019 by making the Australian Open semi-finals, and in South Florida last week, 18-year-old Felix Auger-Aliassime became the latest 21-and-under player to steal the spotlight at a big event.

The #NextGenATP Canadian became the youngest semi-finalist in the Miami Open presented by Itau’s 35-year history (l. to Isner). But Tsitsipas and Auger-Aliassime are far from alone.

You May Also Like: Top Seven Stories Of 2019 So Far

“Every week it feels like someone new is making a breakthrough and playing well,” Canada’s Denis Shapovalov said.

No. 8 Stefanos Tsitsipas
Tsitsipas, who won his second ATP Tour title in Montpellier in February, leads the group. The Greek, who won the 2018 Next Gen ATP Finals, is at a career-high No. 8 in the ATP Rankings. He’s climbed seven spots from the start of the year.

No. 20 Denis Shapovalov
Shapovalov, 19, made his third ATP Masters 1000 semi-final in Miami and, as a result, cracked the Top 20 for the first time. The left-hander, who fell to Roger Federer in the semi-finals, knocked out Rublev and two #NextGenATP rivals – Tsitsipas and Frances Tiafoe – to reach the last four.

The entire #NextGenATP group feeds off of each other’s accomplishments, but Shapovalov said he and Tiafoe have become especially close over the years. 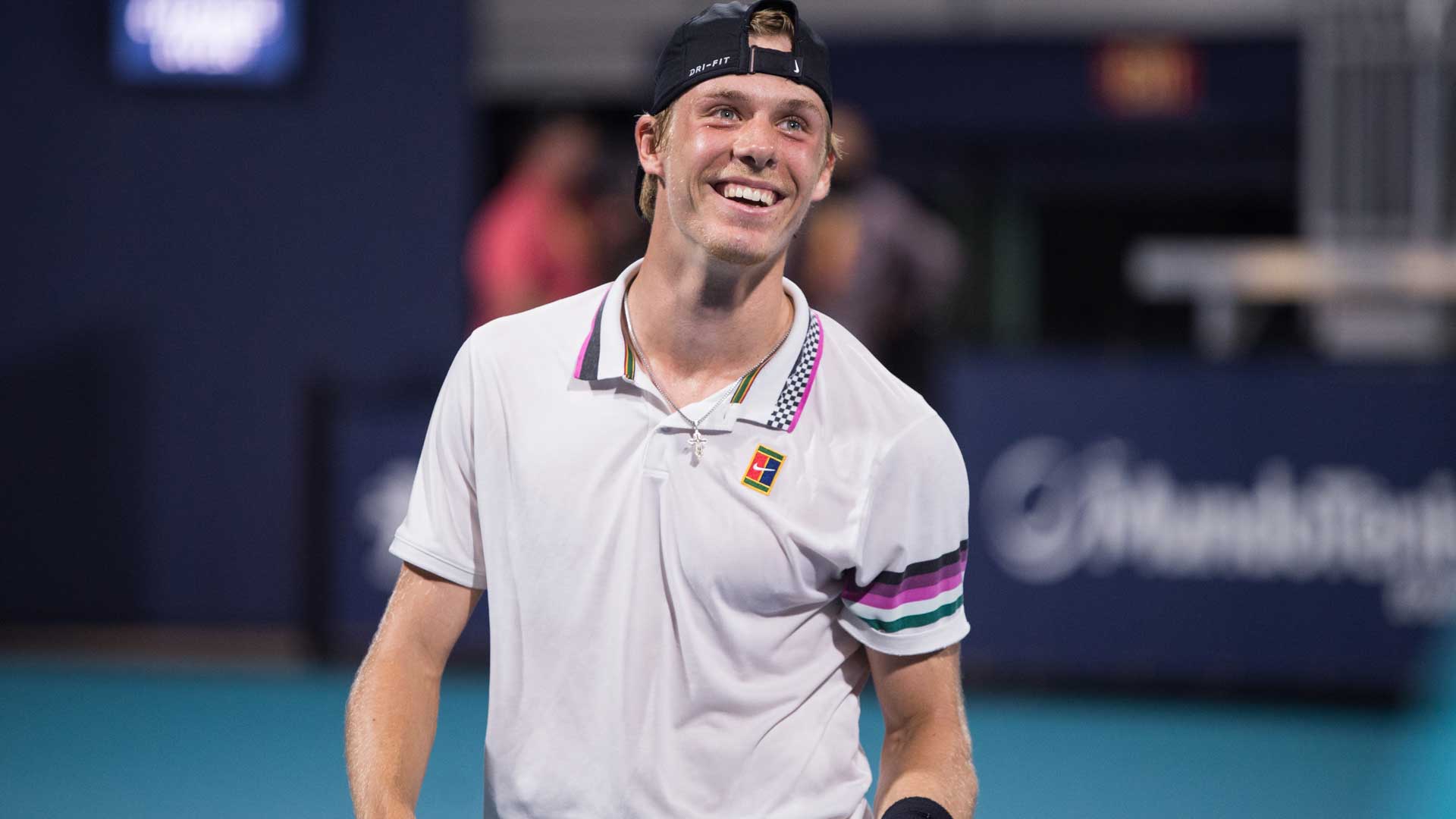 No. 25 Alex de Minaur
Aussie Alex de Minaur made his mark in January by winning his maiden ATP Tour title at his hometown Sydney International. De Minaur then followed that title sprint by reaching the third round in Melbourne and the quarter-finals in Acapulco.

No. 30 Frances Tiafoe
Tiafoe, like Tsitsipas, achieved a career-first in Melbourne by making the quarter-finals (l. to Nadal). In Miami, Tiafoe checked off another first by making his maiden Masters 1000 quarter-final (l. to Shapovalov).

No. 33 Felix Auger-Aliassime
Auger-Aliassime has had the most dramatic start to the 2019 season. The teenager made his first ATP Tour final in February at the Rio Open presented by Claro (l. to Djere). Since then, he’s reached the quarter-finals in Sao Paulo, the third round at the BNP Paribas Open in Indian Wells and the semi-finals in Miami.

“The biggest lesson was to stay in the present and believe in yourself, because you can always dig deep and find resources within yourself. So I think that’s a huge lesson to not give up, stay calm, and just work every day,” Auger-Aliassime said.

All five players also occupy the top five spots in the ATP Race To Milan, which will determine seven of the eight players who compete at the 2019 Next Gen ATP Finals, to be held 5-9 November in Milan. The eighth spot will be given to the winner of an all-Italian 21-and-under tournament.