Tournaments in Mexico, France and Spain are on the schedule this week

In need of a tennis fix this week? While the ATP Tour is on a one-week hiatus ahead of the clay-court season, the ATP Challenger Tour is still going strong. Stars abound across three tournaments, with a total of 10 players inside the Top 100 competing.

Don’t miss a moment of the action, with free live streaming of all 141 matches available on ATPChallengerTour.com.

Abierto GNP Seguros: The prestigious Challenger 125 event in Monterrey, Mexico, is back for a fifth edition and is headlined by Americans Tennys Sandgren and Bradley Klahn, with Spanish veteran Feliciano Lopez and #NextGenATP star Casper Ruud rounding out the Top 4 seeds. Ernesto Escobedo, champion in 2016, is unseeded.

One of just two combined ATP Challenger and WTA Tour events on the calendar, along with Nottingham, UK, the hard-court tournament is a favourite among all players. In 2015, it took home Challenger of the Year honours in its inaugural edition. Located at the base of a vast mountain range extending from the United States to Central America, peaks tower over the Club Sonoma, contributing to the event’s intimate atmosphere.

Mouratoglou Open: After a one-year hiatus, the clay-court event in Sophia Antipolis, France, is back. Held at the world-class Mouratoglous Tennis Academy, the tournament features an equally impressive field. Top 100 stalwarts Pierre-Hugues Herbert, Robin Haase, Benoit Paire and Albert Ramos-Vinolas are joined by Filip Krajinovic, who is coming off a Round of 16 finish at the BNP Paribas Open in Indian Wells.

#NextGenATP stars Alexei Popyrin, Rudolf Molleker and Lorenzo Musetti are also in the field. On Monday, 17-year-old Musetti won his opener, making him the first player born in the year 2002 to win a match on the ATP Challenger Tour. The Italian claimed the Australian Open junior title in January.

Ferrero Challenger Open: With former World No. 1 Juan Carlos Ferrero at the helm, the first edition of the tournament in Alicante, Spain, was a great success in 2018. Now, the clay-court event is back for a second year and a familiar face is leading the charge: top seed and reigning champion Pablo Andujar.

Andujar is joined by Jiri Vesely, Elias Ymer and talented teens Jurij Rodionov, Alejandro Davidovich Fokina and Nicola Kuhn in the field. Held at Ferrero’s Equelite Sport Academy, it is one of two Challengers staged on the grounds of a Spanish legend’s academy, along with the Rafa Nadal Open in August. 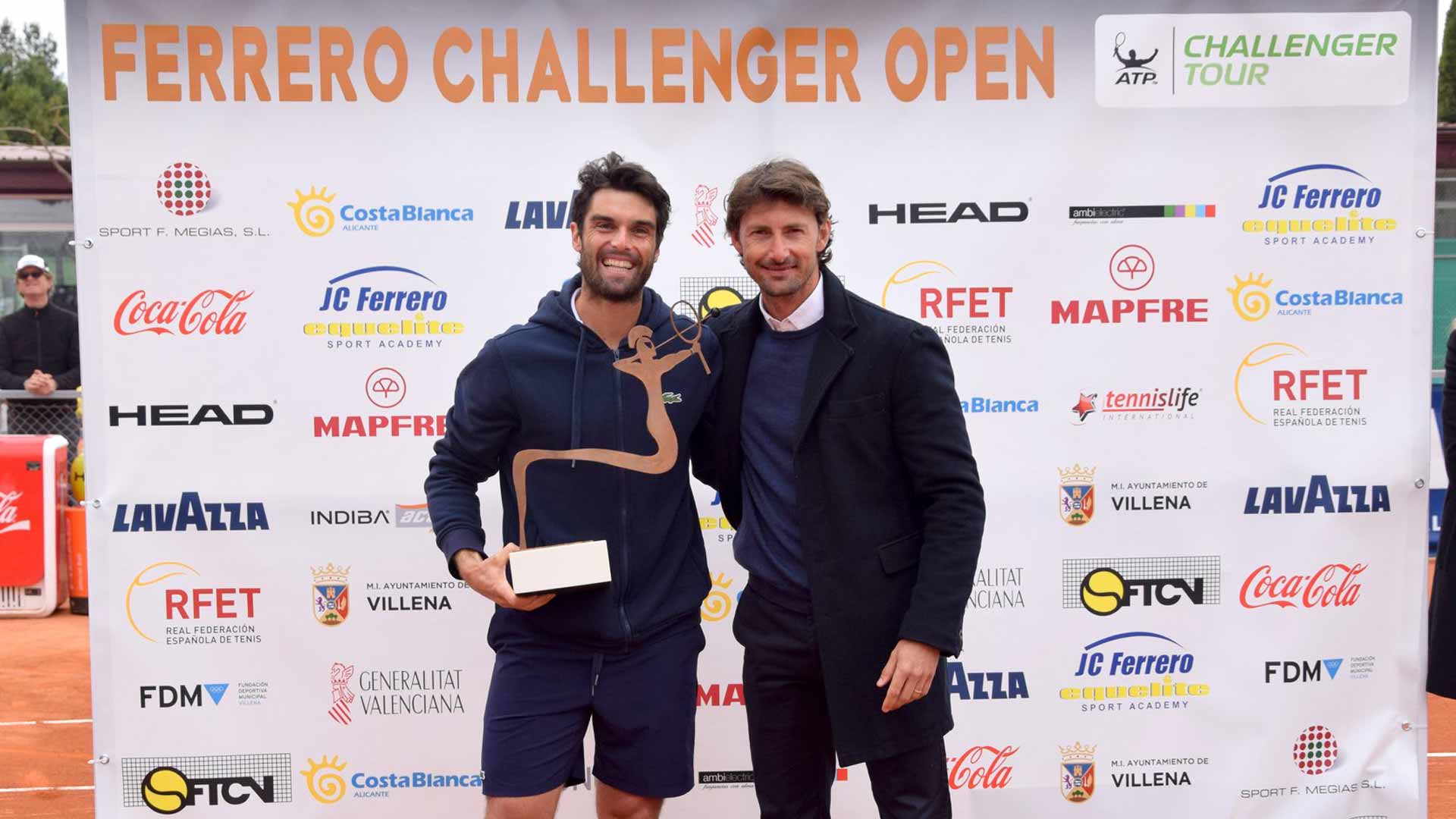