Steven Diez is eyeing a successful transition back to the ATP Challenger Tour after claiming his maiden title in Burnie, Australia

For every player competing on the ATP Challenger Tour, there is no sweeter feeling than clutching a trophy for the first time. That maiden moment of glory is the pinnacle, the validation of years of hard work on and off the court.

A first title can change the trajectory of a player’s career. Steven Diez is hoping this is that moment.

On Sunday, Diez entered the winners’ circle for the first time, celebrating his first Challenger crown with an impressive run in Burnie, Australia. Needing to win six matches in seven days, he twice rallied from an early deficit, before reeling off 10 sets in a row to lift the trophy. Diez capped his week with a 7-5, 6-1 win over Maverick Banes in the final.

“As my first title, it was really special,” said Diez. “After all the hard moments last year and the ups and downs, it’s a really nice gift to myself to win the title in Burnie. I hope to continue moving up in the ATP Rankings in 2019.” 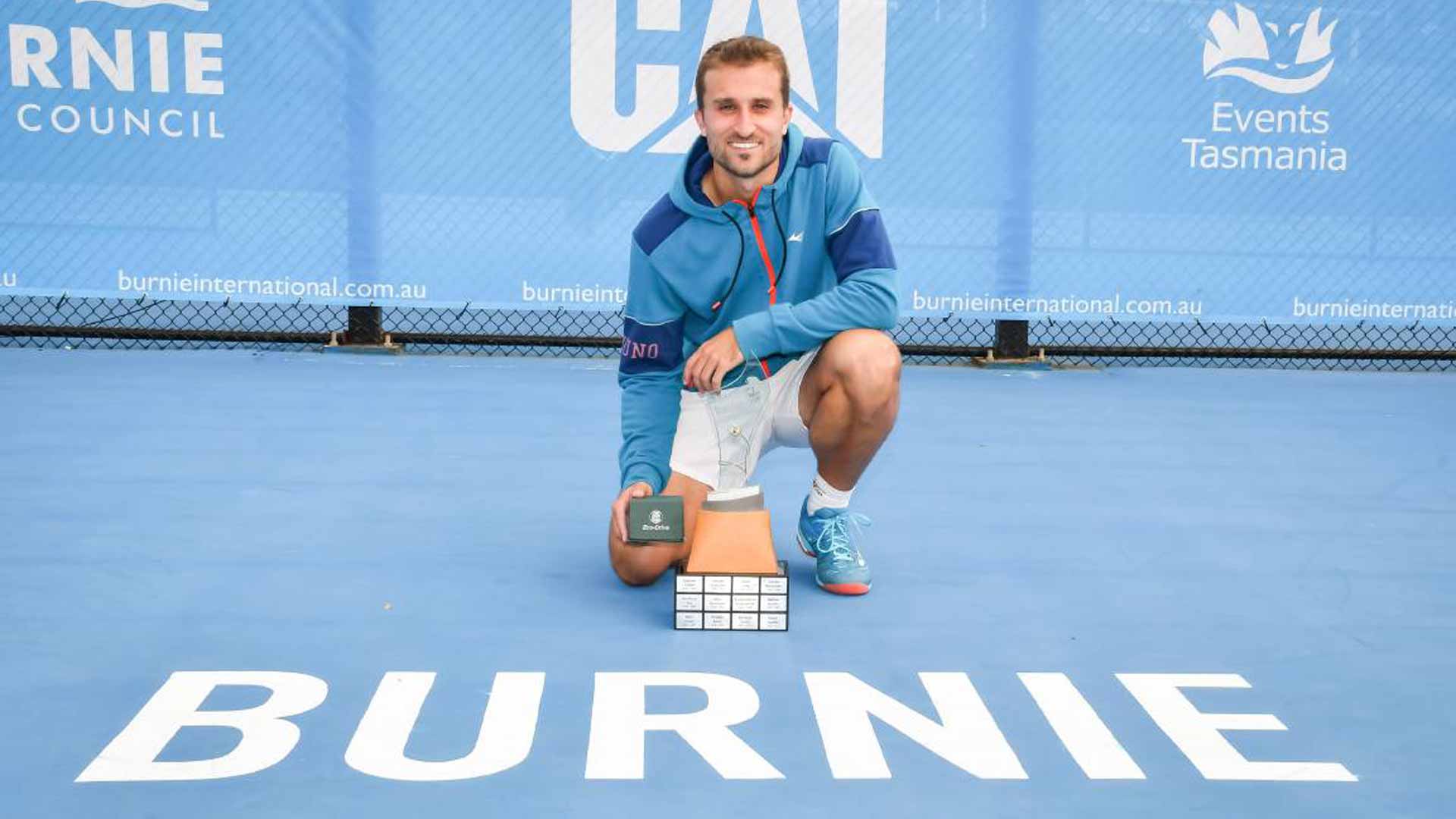 At the age of 27, it has been a long journey of sacrifice and struggle. Diez, who was born in Toronto, Canada, yet was raised and currently resides in Spain, is six years removed from reaching his first Challenger final in Noumea. In that span, Diez was forced to draw upon his mental resilience as he navigated his way through multiple injuries and struggles between the lines.

Shoulder and wrist ailments sent him to the sidelines for nine months in 2015, but he refused to back down. A year later, Diez would be rewarded with a career-high No. 162 in the ATP Rankings after clinching his first ATP Tour match win at the Rogers Cup. There, he stunned Kyle Edmund from a set down for the biggest victory of his career.

He’s an #ATPChallenger champion for the first time. Congrats @diezmonge!

The 🇨🇦 takes the title in Burnie, 75 61 over Maverick Banes. pic.twitter.com/DE5UTSr488

Diez was hoping his big breakthrough would be a sign of imminent success as he returned to the ATP Challenger Tour. But few careers follow a linear path and the Canadian once again found himself battling to climb the ATP Rankings. He admits that these earlier struggles make his first title that much more satisfying.

“It was really, really special. A really nice feeling, especially with everyone from home supporting me and watching me on the livestream. It was just amazing to be able to lift the trophy. If you’re winning matches, you’re earning more money and you don’t have to think about things like buying a flight to the next tournament and how you can save. Money doesn’t buy you happiness but it helps.

“Last year, I pressured myself to win more matches at the Challenger level and I didn’t play that well. I also had a lot of issues with my racquets. I played with four different racquets and I ended up going back to my old one. Hopefully that will be better for me this year.” 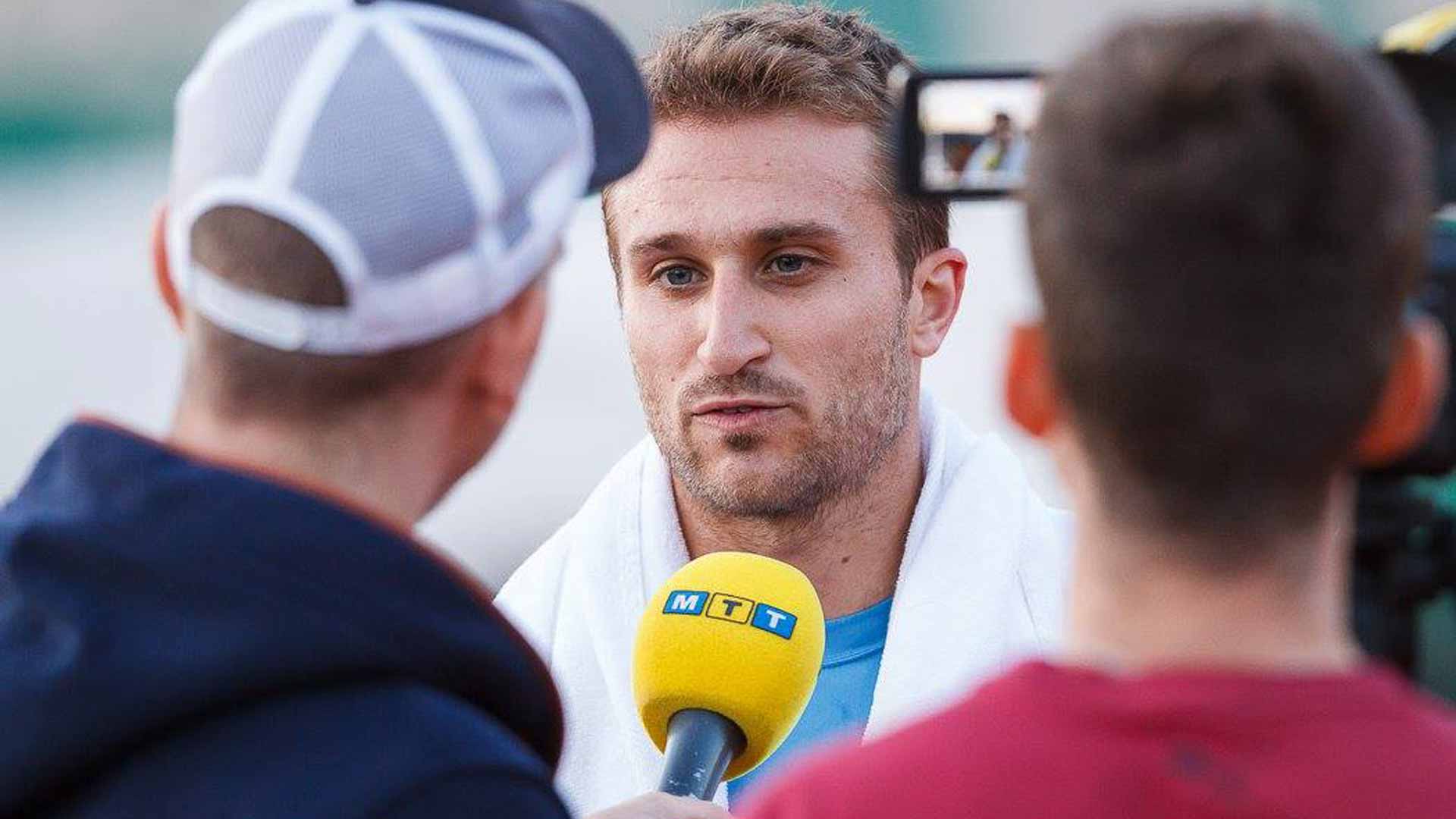 You May Also Like: New Player Pathway Debuts As 2019 Season Begins

Diez’s victory in Burnie makes him the first player from the newly-formed ITF World Tennis Tour to take the leap and claim an ATP Challenger Tour title. As of 2019, a redefined player pathway has been introduced, which encourages a more efficient and streamlined progression from one stage to the next. The best at the ITF level will eventually use their ITF ranking to play up and enter Challenger tournaments. Diez achieved exactly that, and thanks to his successful week in Burnie, the Canadian enjoyed an ATP Rankings surge of more than 100 spots to No. 307. This time, he hopes to stay at the Challenger level.

“This title will help me a lot,” Diez added. “Now I’ll be able to play most of the Challenger main draws with my ATP Ranking, like back in the day. Every tournament I’ll be playing will be for ATP points and hopefully I’ll be climbing even faster.

“It’s hard to tell what my goals are. The year is very long and I’ve started really well. With these 80 points, maybe finishing close to the Top 100 or 150 is possible, but I don’t want to think about that now. I just want to take it week by week and do my best.”