Three Canadians into Grand Slam fourth round for the first time

Canadian tennis has been on the radar for several years, from Milos Raonic climbing to a career-high No. 3 in the FedEx ATP Rankings to Felix Auger-Aliassime and Denis Shapovalov shining under the #NextGenATP spotlight. At this US Open, Canadians have been doing better than ever, with three men from the country reaching the fourth round of a Grand Slam for the first time.

Shapovalov rallied from the brink of defeat to oust Taylor Fritz on Friday, while on Saturday Auger-Aliassime cruised against Corentin Moutet and Vasek Pospisil battled past eighth seed Roberto Bautista Agut. Before this tournament, no Canadian trio had reached the third round of a major.

“I think tennis is already booming now in Canada over the last few years with Genie [Bouchard], Milos and myself and now Felix, Denis and Bianca [Andreescu], so we are definitely in a bit of a golden era for tennis in Canada,” Pospisil said. “Tennis has obviously been a huge and incredible part of my life. It has given me so many amazing memories and opportunities for the rest of my life, so I am thrilled that it is doing so well right now in Canada and I do think now that a lot of kids are picking up racquets over hockey sticks. Maybe there is a little bit of a shift.” 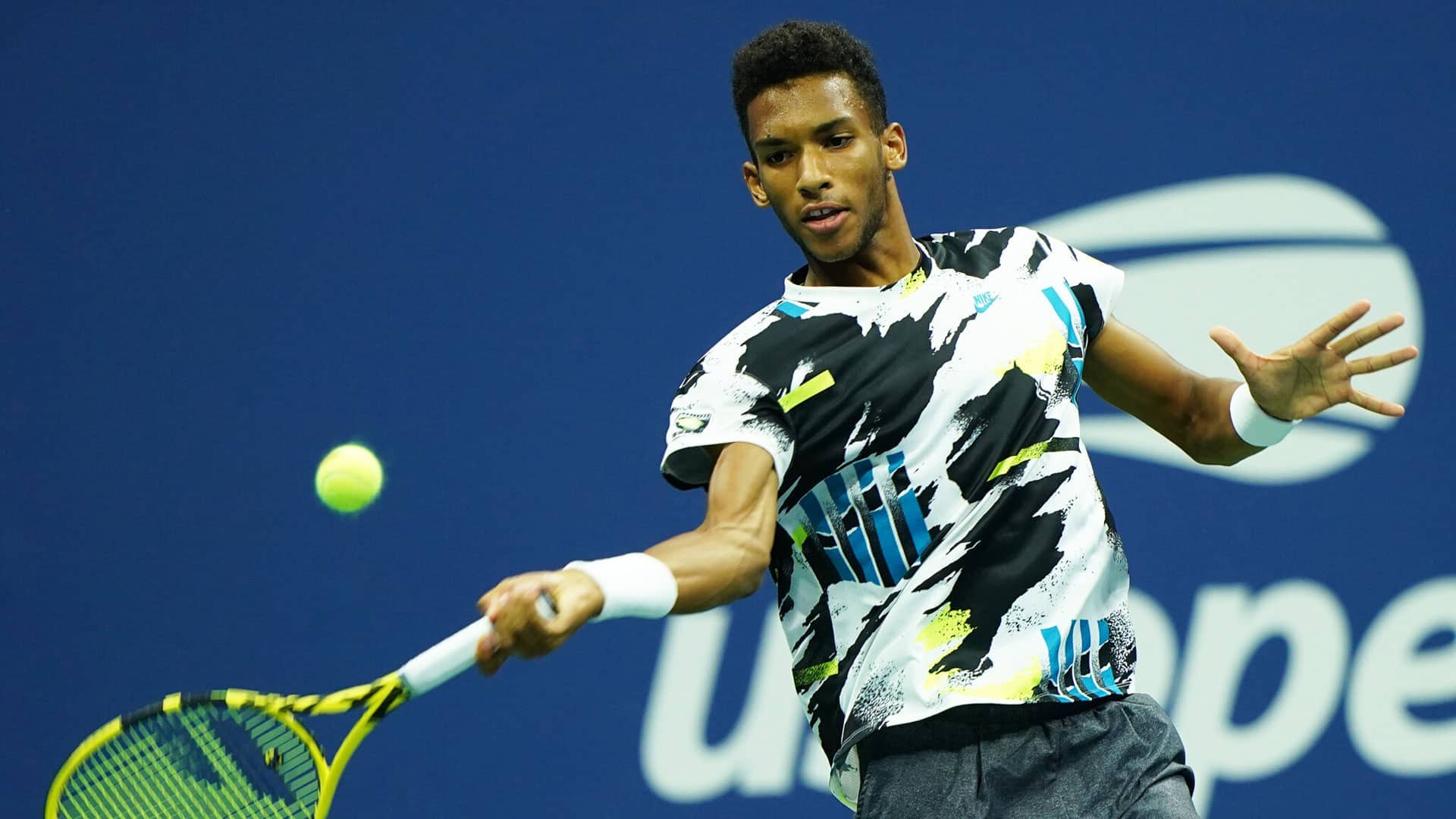 US Open 2020 Forehand” />
Photo Credit: Darren Carroll/USTA
Much of the attention over the past couple of years has gone to Auger-Aliassime and Shapovalov. They are the two youngest players in the world’s Top 50 and both are inside the Top 25. Canadian NBA legend Steve Nash told ATPTour.com last September how important the duo is for tennis in their country.

“Both Denis and Felix have big, big games. [They’re] great athletes who have a lot of shots. Both I think have incredible futures,” Nash said. “The best players are the ones that get on top of their game mentally. Those young players are showing great signs. They have all the tools, and if they just continue to develop that grit and understanding, they’re going to be Top 5, Top 10 players in the world, easy.

Shapovalov first broke through at the 2017 Coupe Rogers, defeating Juan Martin del Potro and Rafael Nadal en route to the semi-finals as an 18-year-old. Auger-Aliassime received attention from his early teens, becoming the youngest player to win an ATP Challenger Tour match at 14. But instead of clashing, they have driven one another to success.

“I think we have always had a competitive friendship, rivalry, from the junior days. I feel like we have always been competing against each other, pushing each other all the way to the top and I am sure we will continue to do so,” Shapovalov said. “I think that is going to be the case for the rest of our careers.” 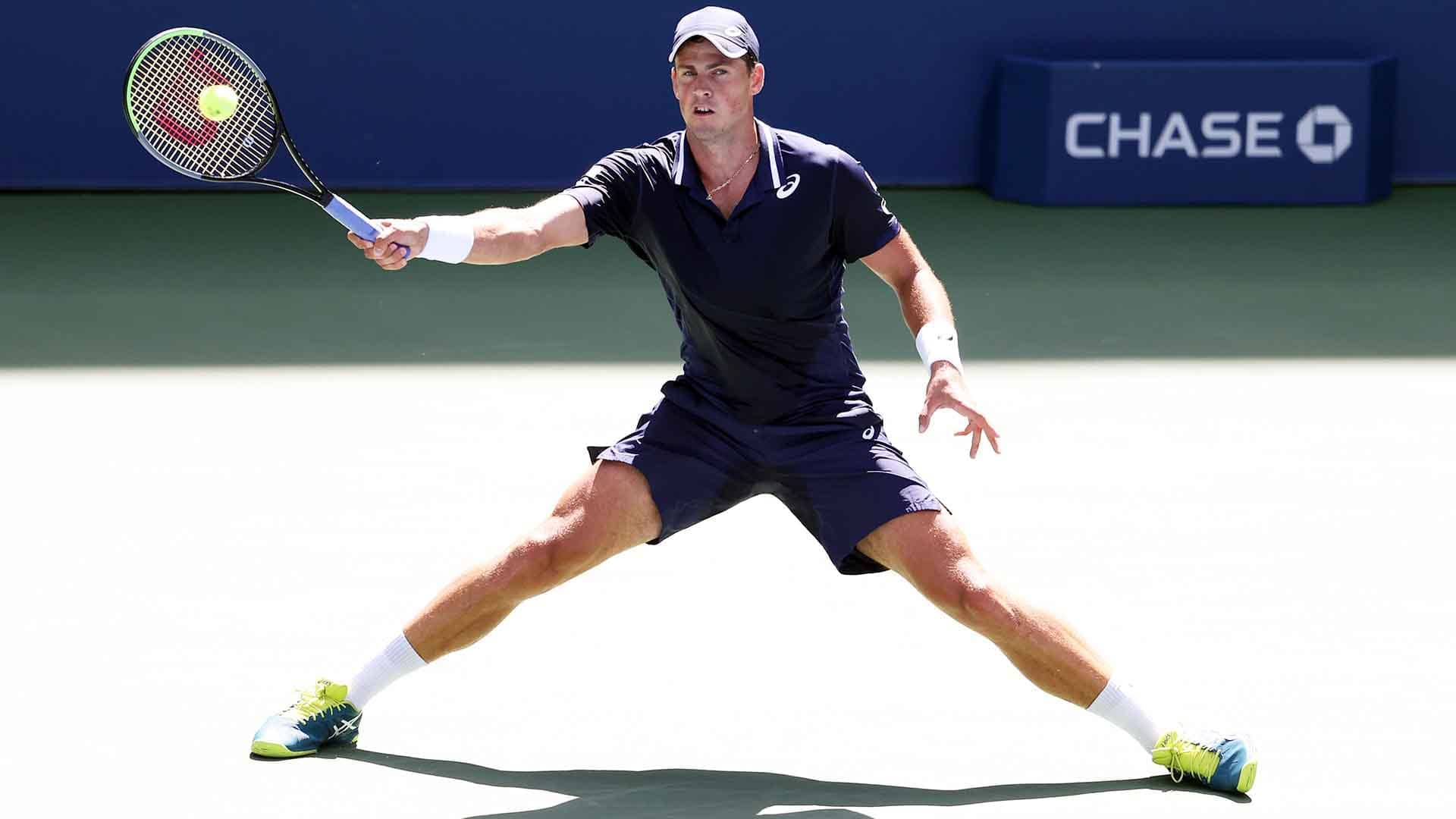 Vasek Pospisil is through to the US Open fourth round for the first time.” />
Photo Credit: Al Bello/Getty Images
They are always happy when the likes of Pospisil and Raonic enjoy success, too. After Auger-Aliassime earned his first trip to the fourth round of a major, the first Instagram Story post he made was congratulating Pospisil, writing “Massive 🙌.”

Shapovalov said that it’s difficult to spend too much time together during these events, adding, “I think it’s just more congratulating each other afterwards. Everyone is kind of in their own bubble, their own space and we are focussed on our own things, so we are not even checking our phones too much, but definitely receiving and sending a lot of congratulations.”

Pospisil remembers the buzz when he was on the rise alongside Raonic and WTA player Eugenie Bouchard. He believes it’s normal that fans have become attracted to Auger-Aliassime and Shapovalov given their young age.

“Felix and Denis have come and done something that no other Canadians have done… They are already doing these amazing things. That is natural. That is normal. But, of course, Milos and I were obviously still here and playing at a really high level,” Pospisil said. “Now we have four extremely capable players on the men’s side… definitely exciting times for tennis in Canada right now and it is nice to be a part of it.”

Although Raonic lost in the second round of the US Open — falling to Pospisil — the eight-time ATP Tour champion has shown top form since tennis returned, reaching the final of the Western & Southern Open. There are certainly many Canadians inspiring future generations right now.

“I don’t know how major or minor it is, but I am sure there is a significant impact with all these results that Canadians are having these last few years,” Pospisil said. “It is cool to be a part of and I think the sky is the limit for what we can do as a nation and obviously the more success we have, then success breeds success. Hopefully we will have some other superstars coming up soon in the sport.”

As happy as the players are, Shapovalov believes the friendships they’ve built with each other, especially his with Auger-Aliassime, will perhaps be even more meaningful than their results.

“I think the important thing is that we have been able to look beyond that [rivalry we have] and realise that tennis is just a small part of our lives,” Shapovalov said. “One day, we are going to stop playing and the bond, the relationship that we built, it’s going to stay.”