In 2001, Roger Federer won the only ATP Tour meeting with Pete Sampras, needing five sets to defeat the American in the fourth round of Wimbledon. When Federer claimed the title at the All England Club in 2009, Sampras was in attendance to watch the Swiss surpass his then-record 14 Grand Slam titles.

Now, as Federer bids farewell to his illustrious career at the Laver Cup Friday, Sampras shared a video tribute, weighing in on what the 20-time major champion has meant to him, on- and off-court.

“Not really sure where to begin,” Sampras said. “I’ll just start from the very beginning, when I first played you. You were 19-years-old, an up and coming player, people were talking about you and we had a great battle on the Centre Court of Wimbledon and you took me down, tough five-setter. I just remember walking off the court feeling like I met my match, truly a special player. Little did I know 20 years later that you would have 20 majors, be No. 1 for years, dominate our sport, basically do it all. 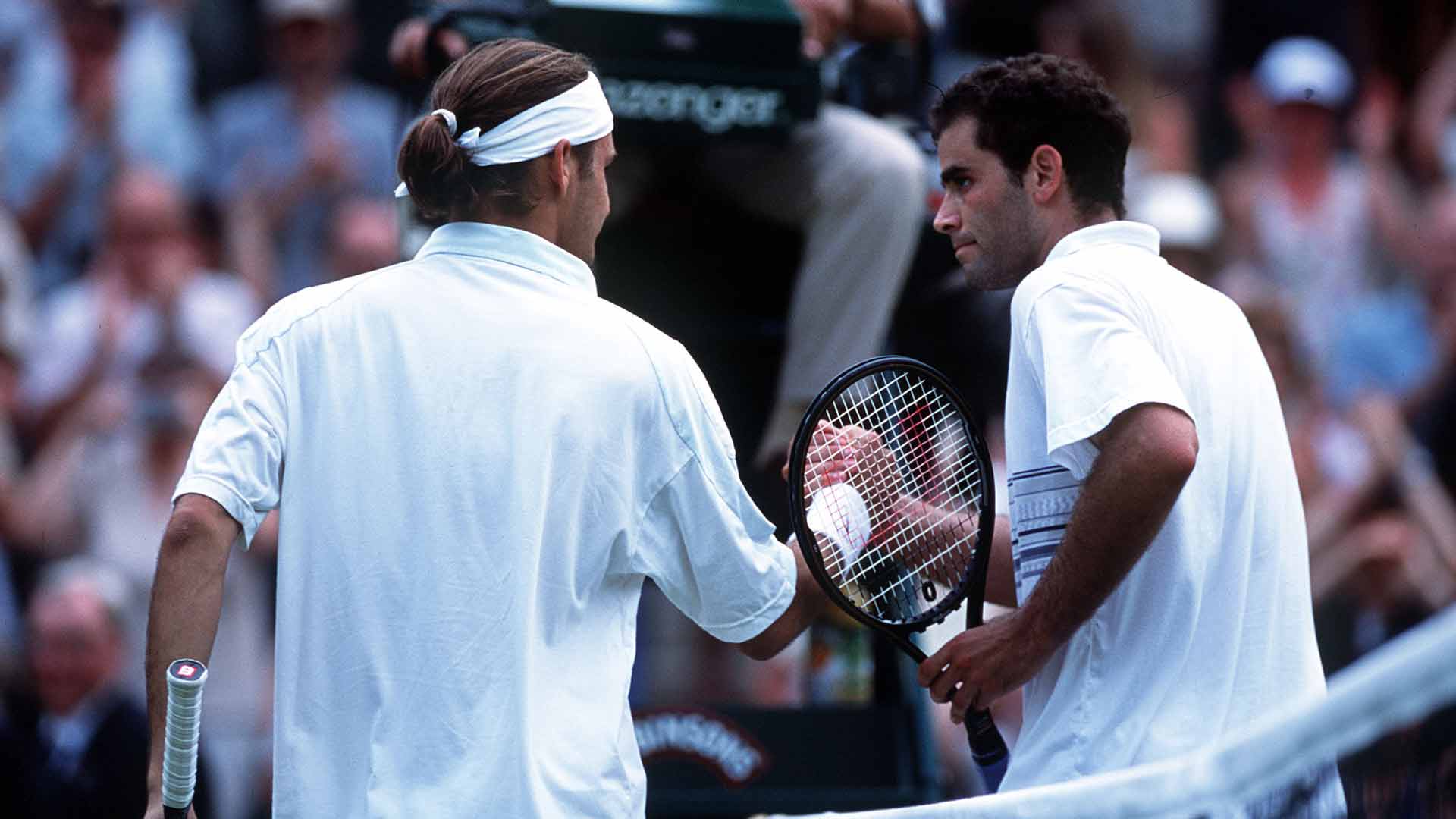 Roger Federer (left) and Pete Sampras embrace at the net following their match at Wimbledon in 2001. Credit: Clive Brunskill/Getty Images

“I know through those 20 years that you sacrificed, dedicated yourself, you got your body right. I don’t think people saw that side of you because you made the game look so easy. But I know that you’re the ultimate professional when it comes to preparing, pretty extraordinary what you’ve done.

“I’ve admired the way you’ve handled it all, from the very beginning to the very end. You’re always gracious in your defeats, gracious in your wins. I’ve sat back and watched 20 years of brilliance, heartache, triumph, and throughout the whole span of your career, you’ve never really changed. You’re true to yourself and where you came from. You should look back on your career and feel really proud of what you’ve been able to accomplish.

“On a personal note, I’ll never forget the week in Asia we had, messing around, playing some exhibitions, that’s when I got to know you pretty well. We’ve developed a pretty good friendship since then, just staying in touch and checking in each other’s families. We’re all going to be sad to see you go but I know this is part of sports.

“I just want to shout out to you and tell you that you’re going to be missed in our game, but you left the game in good hands. I just want to wish you a great retirement, I hope I get to see you at some point down the road and catch up.”

From one legend of the game to another 🤝 @rogerfederer | #RForever pic.twitter.com/j36ugRxF2x