Resurfaced: Thiem's Journey 'From Heaven To Hell' In The Roland Garros Final

In just more than 24 hours, Dominic Thiem has experienced the widest range of emotions possible. On Saturday, the 25-year-old completed an epic five-set victory against World No. 1 Novak Djokovic to become the first Austrian to reach multiple Grand Slam finals. But on Sunday, after winning the second set of the championship match against now 12-time champion Rafael Nadal — the only set he has won in Paris against the Spaniard — the fourth seed managed to win just two games in the final two sets combined en route to a  defeat.

“I just came from heaven to hell,” Thiem told NBC’s John McEnroe after the trophy ceremony. “But it’s tough right now because you have to beat seven good players to win this tournament and towards the end you have to beat one or two legends with 15-plus Grand Slams and if you’re not 100 per cent in every department, you’re not going to make it.”

After dropping a set in each of his first three matches this fortnight, Thiem found his rhythm, beating former World No. 6 Gael Monfils and then Russian Karen Khachanov, who will reach a career-high World No. 9 Monday, without losing more than four games in a set. Then he raised his level even more to oust Djokovic. But Nadal still stood between the Austrian and the Coupe des Mousquetaires.

“That’s a unique and also brutal thing, I guess, in our sport, in tennis, that I won six amazing matches. I beat yesterday one of the biggest legends of our game. Not even 24 hours later, I have to step on court against another amazing legend of our game, against the best clay-court player of all time,” Thiem said. “That also shows how difficult nowadays it is to win a Grand Slam. That’s what I meant yesterday. I was feeling so happy, with such a good win, and today, of course, I lost. I failed to make my biggest dream in my tennis life come true, so I don’t feel that good like yesterday.”

There’s no doubt that Thiem enjoyed a magnificent run at Roland Garros. His semi-final victory was a roller coaster in itself, as Thiem let slip two match points on his serve at 5-3 in the fifth set against Djokovic, before settling down to end the Serbian’s 26-match major winning streak and stop the top seed’s dream of capturing a fourth consecutive Slam.

That was the World No. 4’s third straight day of action, and his match against Nadal was his fourth in a row. But Thiem was adamant that he lost against Nadal because the legendary lefty was simply the better player.

“It was a Grand Slam final, so I didn’t really feel tired, but of course it’s going to leave some traces, all these past four days and all the long tournament,” Thiem told McEnroe. “But yeah, I played against a guy who’s won this tournament 12 times, so that’s not the reason why I lost.” 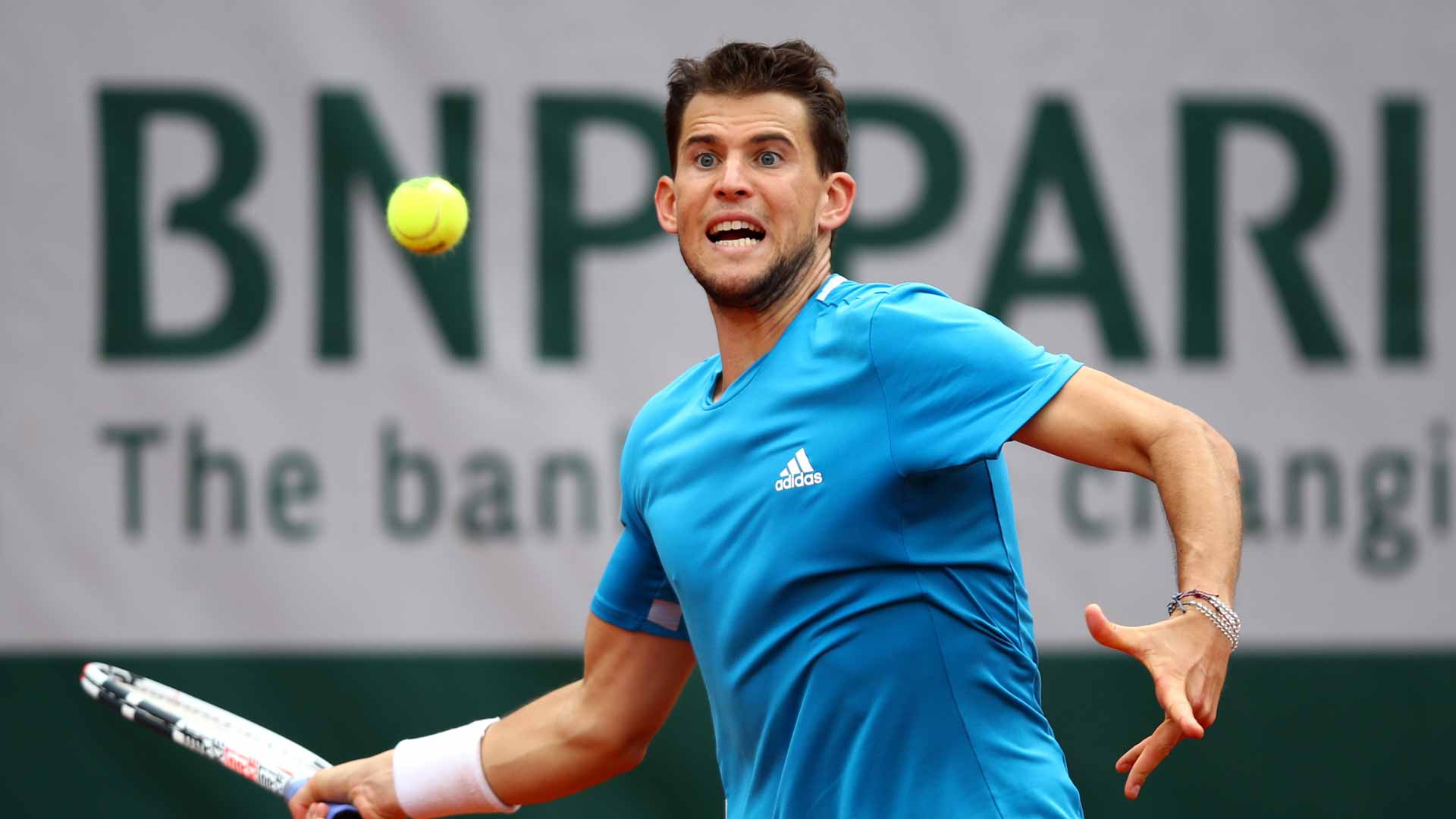 Thiem was closer than he’s ever been against Nadal at Roland Garros, trading blow for blow with the 33-year-old through two sets. In their three previous FedEx ATP Head2Head meetings on the Parisian terre battue, Thiem had not won more than four games in a set. But all it took Sunday was one slip — in this case a sloppy service game to open the third set — for Nadal to capitalise.

“I closed [the second set] out 7-5 and then I dropped in my game for some reason. It’s not that bad against some other guys,” Thiem said on NBC. “But Rafa stepped on me and that’s why he’s too good.”

This doesn’t take away from Thiem’s strong year, though. He won his maiden ATP Masters 1000 title at the BNP Paribas Open, and defeated Nadal en route to claiming the Barcelona Open Banc Sabadell trophy. Thiem leaves Paris in fourth place in the ATP Race To London.

“I had, until now, my best year for sure. I have won Indian Wells, Barcelona, finals again here. Even though I didn’t win the tournament, still, two years finals in a row, it’s nice. I think that I developed my game. I was also closer than last year in the finals, I have the feeling, I mean, especially in the first two sets,” Thiem said. “So I’m on the right way. And I failed today, but my goal and my dream is still to win this tournament or to win a Grand Slam tournament. I will try my best next year again.

“I gave everything I had in these two weeks. That’s all what I could do. Was not enough at the end, but I went very far.”