In this installment of ATPTour.com’s My Point series, Aisam-Ul-Haq Qureshi writes about helping people in need during the COVID-19 pandemic

I could not sit by and watch my country’s people suffer.

The past five months have been extremely difficult for everyone around the world. Many are desperate in Pakistan and to be honest, it’s a very scary sight. In my hometown of Lahore, people are really needy. Many families are cramped into a small room with seven or eight people staying in one tight space. They are terrified.

COVID-19 has affected everyone. It has been terrible to see everything that it has caused. In Pakistan alone, there have been about 300,000 confirmed cases. But unfortunately, my country has more than just the coronavirus to stress about. A lot of people from small villages come to a city like Lahore to work for their daily wages and then they go back home. That is how they earn enough money to put food on the table for their entire family.

More than 210 million people live in Pakistan, and many of them have been suffering. I think people are more scared of hunger than of the coronavirus itself. I worry for them.

I knew people needed help. Many Pakistanis sent me messages on social media begging for it. Nobody asked for money. They just needed food. They wanted to survive. 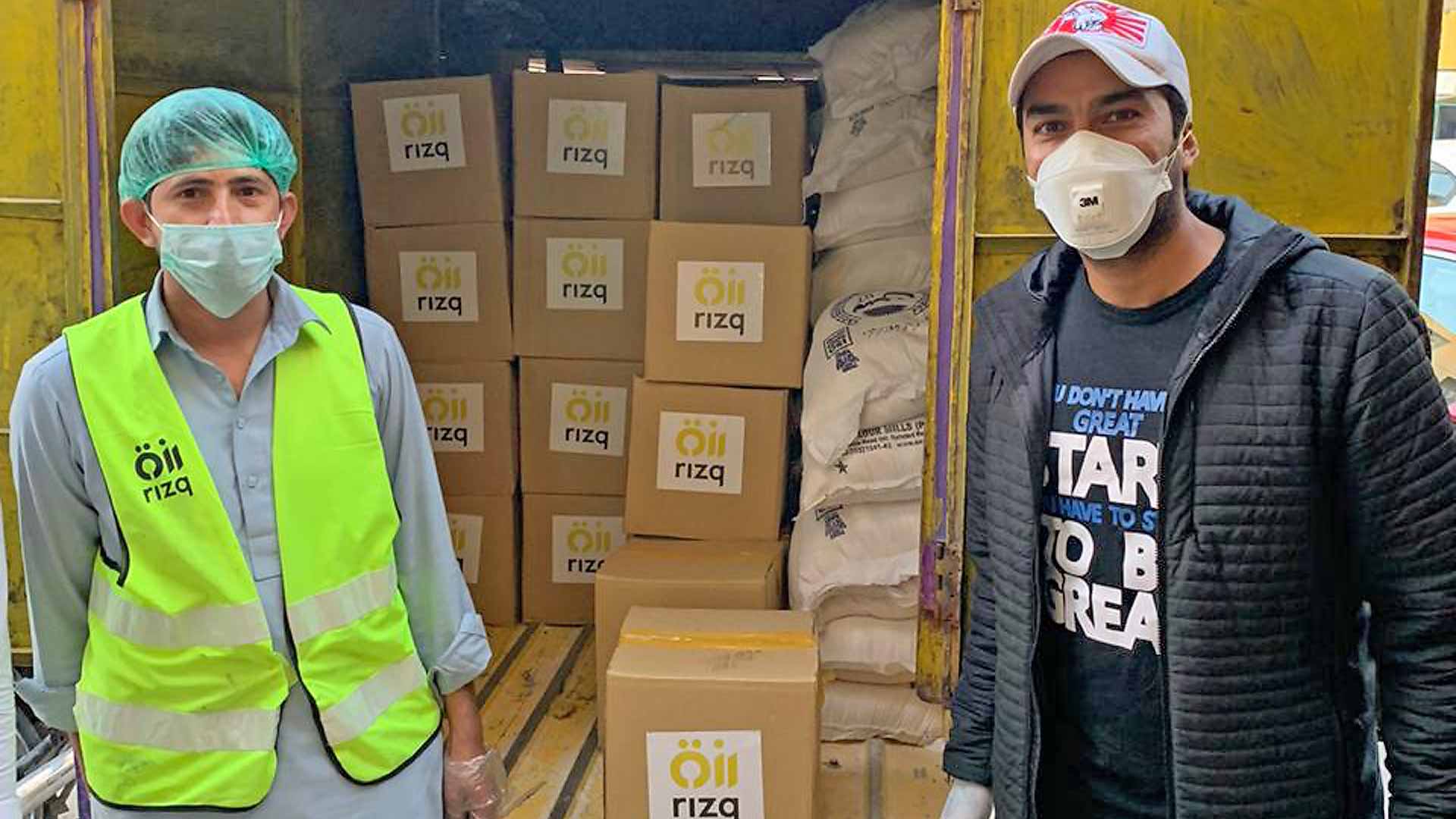 Photo Credit: Aisam-Ul-Haq Qureshi
* * * * *
When I was really young, before I started playing tennis, I always wanted to be a fighter pilot. I dreamt of flying planes. I used to draw pictures of them as well as I could. I had small figures: army figures, air force figures, all that kind of stuff. I thought it would be the coolest thing to fly and serve my country.

But I was probably destined to be a tennis player. My mother was Pakistan’s No. 1 player for 10 years. Tennis has always been a family sport and it’s in my blood. Life without tennis would be incomplete. It’s very difficult to imagine what would have happened had I chosen another career. I would have missed out on meeting so many people and getting to work with amazing organisations. I wouldn’t be Aisam-Ul-Haq Qureshi without tennis.

My dream as a kid was always to somehow make my country proud of me and serve my people. Some people know me for helping bridge barriers between Pakistan and other countries. First, I played with Israel’s Amir Hadad. I later had success with India’s Rohan Bopanna, reaching the US Open final. I believed that politics and religion should not intrude on sports, and followed my gut instinct.

Tennis has given me that platform to do so and once I started playing tennis then not only was I able to make my family proud, but I was given an incredible opportunity to try to make a difference in the world. That’s the reason I’m still playing tennis right now.

A lot of that mindset goes back to my family’s foundation, the Haq Foundation. It has long supported SOS Village, which provides a loving home for orphaned children. We always asked them if the kids need anything like clothes, new blankets or even food. About 15 years ago, the president of the SOS Village asked me to visit in person and I said, ‘Sure, I would love to’. I will remember that day forever.

The president asked if I’d be able to donate a hearing aid for a few of the children. One young girl who was six years old walked over and she had never heard before. They helped set up the hearing aid I had donated and that moment when she was able to hear for the first time was a mind-blowing experience. She was crying with happiness and that made me burst into tears — of joy, of course. I was emotionally overwhelmed. I donated such a small thing, a hearing aid, and I was able to impact her so massively.

Five years ago I started my foundation, Stop War Start Tennis. The goal is to not just support Pakistan, but places throughout the world like Cambodia, Sri Lanka, Uganda and Rwanda that have been ravaged by war and natural disasters. We do our best to provide equipment and tennis wheelchairs to people who have lost limbs through uncontrollable circumstances. 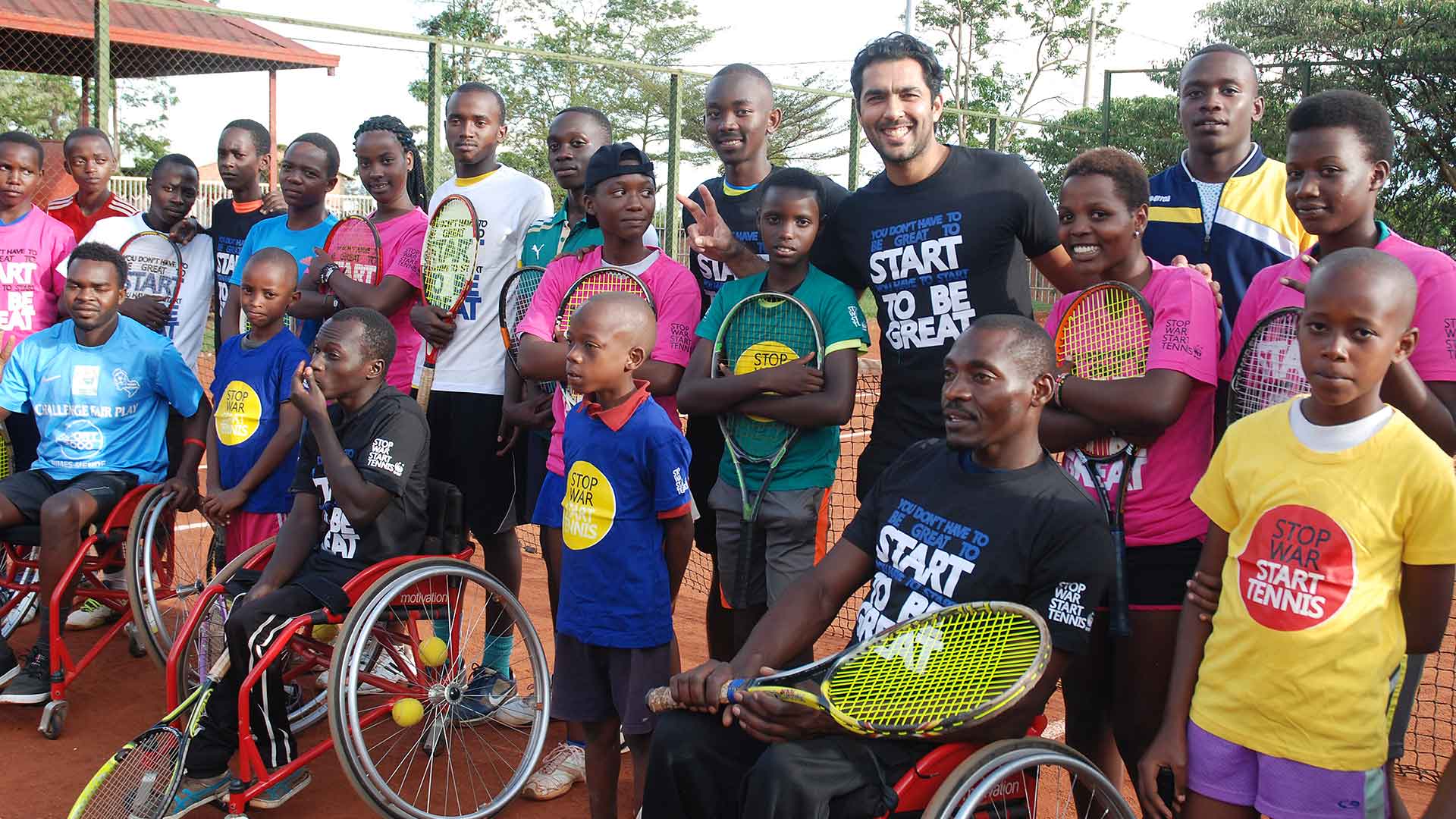 Photo Credit: Robert Davis
A few years ago with the help of an ATP ACES For Charity grant, I was able to donate more than 50 hearing aids in Uganda for a deaf school. They sent me all the videos of these kids wearing the hearing aids for the first time with their reactions when they were able to hear. These moments give you jitters and goosebumps. They motivate and inspire me to help more people.

I was lucky enough to win the Peace and Sport Award from the Prince of Monaco. Being a Pakistani, being a Muslim, you can’t even dream of that. I never even thought earning such recognition was possible, and that helped me realise the impact I could make on people in the bigger picture. I knew I had to continue trying to inspire others.

At the beginning of this pandemic, I decided to work with Rizq, a local organisation whose goal is to create a hunger-free Pakistan. The idea was to help raise funds to provide rations to families in need. People were able to come pick up boxes that contained enough flour, rice, oil, grains, tea, milk and soap to care for a family of five for a month.

But then we started going into lockdown because of COVID-19, which made things more difficult. I had to be aware of my family: my parents, nieces and nephews. Many people in Pakistan live in a joint-family structure so a lot of people live together in one house. If I went out to help every day without proper precautions, it would put my family at risk, which I didn’t want to do.

But I knew people needed help. I wore gloves, a mask and hat to protect myself as well as possible. I would come home and take off all my clothes and put them into a separate wash and take a proper shower and keep washing my hands, thinking the whole time about how many more people I wish I could help. 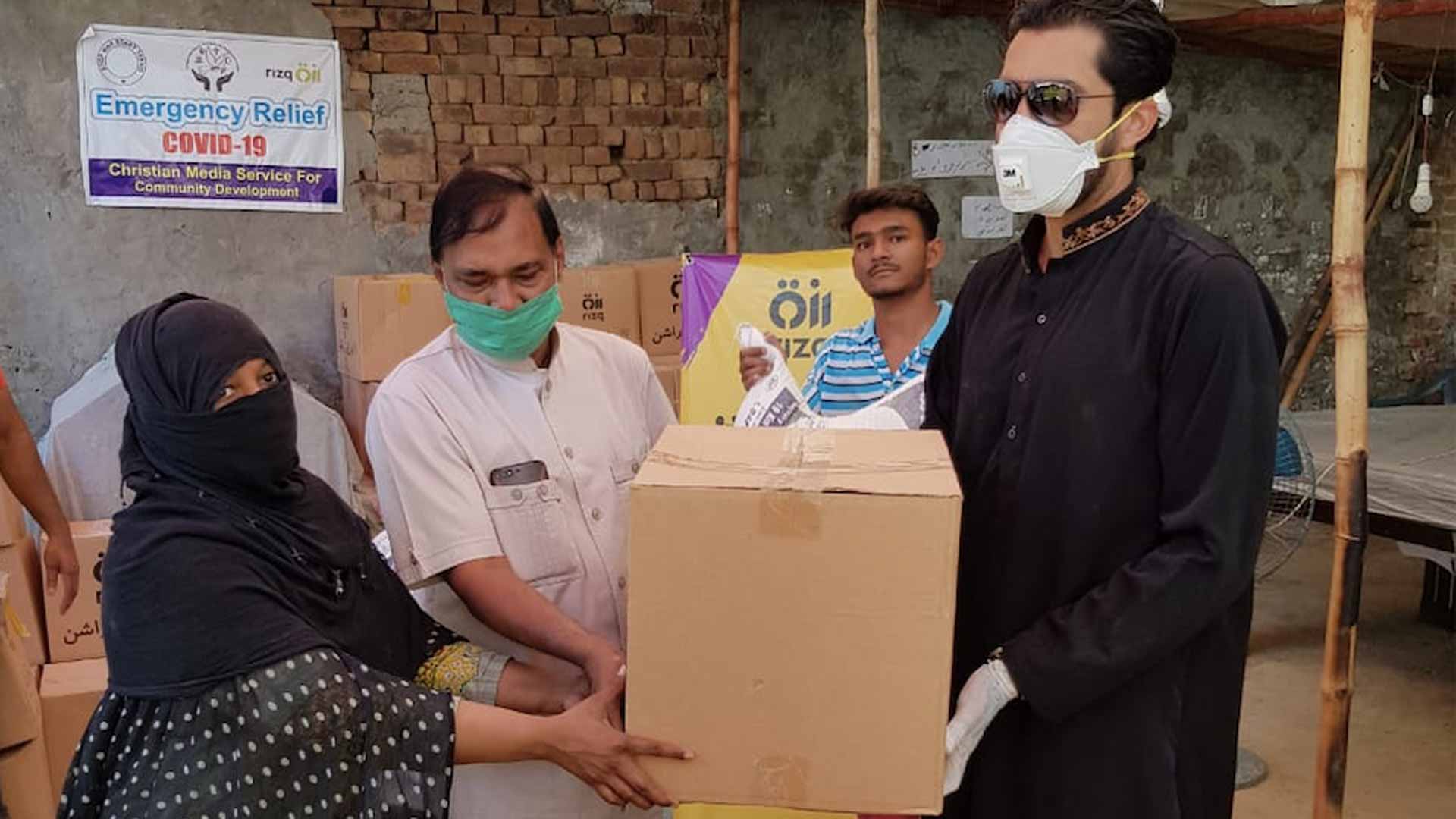 Photo Credit: Aisam-Ul-Haq Qureshi
I volunteered to deliver rations to whomever needed it. I’d say the toughest part wasn’t putting myself at risk, but knowing I couldn’t possibly get to everyone who needed assistance by myself. It was crazy to see the people’s faces when we delivered food. They were so incredibly thankful. Hunger might seem like a small issue in the world because of the virus, but it’s a huge task right now in Pakistan.

While I did this, I also liaised with businesspeople in Pakistan to try to raise funds through an auction to support our Stars Against Hunger campaign, for which many star athletes were gracious enough to donate memorabilia. I have been able to help raise more than 20 million Pakistani rupees and support more than 25,000 people. This is something we need to continue working hard to support, as it will take time to fix this issue.

One of the best parts of being a tennis player is I have a platform to reach more people and inspire them to care for those in need. That is what I’ve learned from Roger Federer, Rafael Nadal, Novak Djokovic and Andy Murray. These guys have pretty much achieved everything in life and in tennis, but they are still helping so many and inspiring millions more not just with their tennis, but their humanity.

Watching them hit tennis balls is amazing in itself. But how they treat others throughout the world has inspired me more than anything. They have taught me a major lesson: Life is not all about us. If you’re in a position to help the less privileged, then you need to do that in any way possible.

As an athlete, especially when you play an individual sport, you sometimes become very selfish. Everything is about yourself and your career, your performance and results. It’s all about me, me, me, me, me and you forget about the world. You forget about what’s happening around you.