Jannik Sinner could not have asked for a better birthday present. Just four days after turning 18, the surging Italian star made the most of his Grand Slam qualifying debut.

Sinner was dominant in dismissing countryman Matteo Viola 6-1, 6-0 in 47 minutes in the first round of US Open qualifying. The youngest player in the draw, he converted an impressive six of seven break points to prevail.

Sinner has been a force on the ATP Challenger Tour this year, claiming his maiden title in Bergamo in February and following that with a second victory in Lexington last month. Up to No. 131 in the ATP Rankings and 12th in the ATP Race To Milan, he is making a strong push to qualify for the Next Gen ATP Finals.

You May Also Like: Challenger Q&A: Sinner, 17, Joins Elite Company With Lexington Title 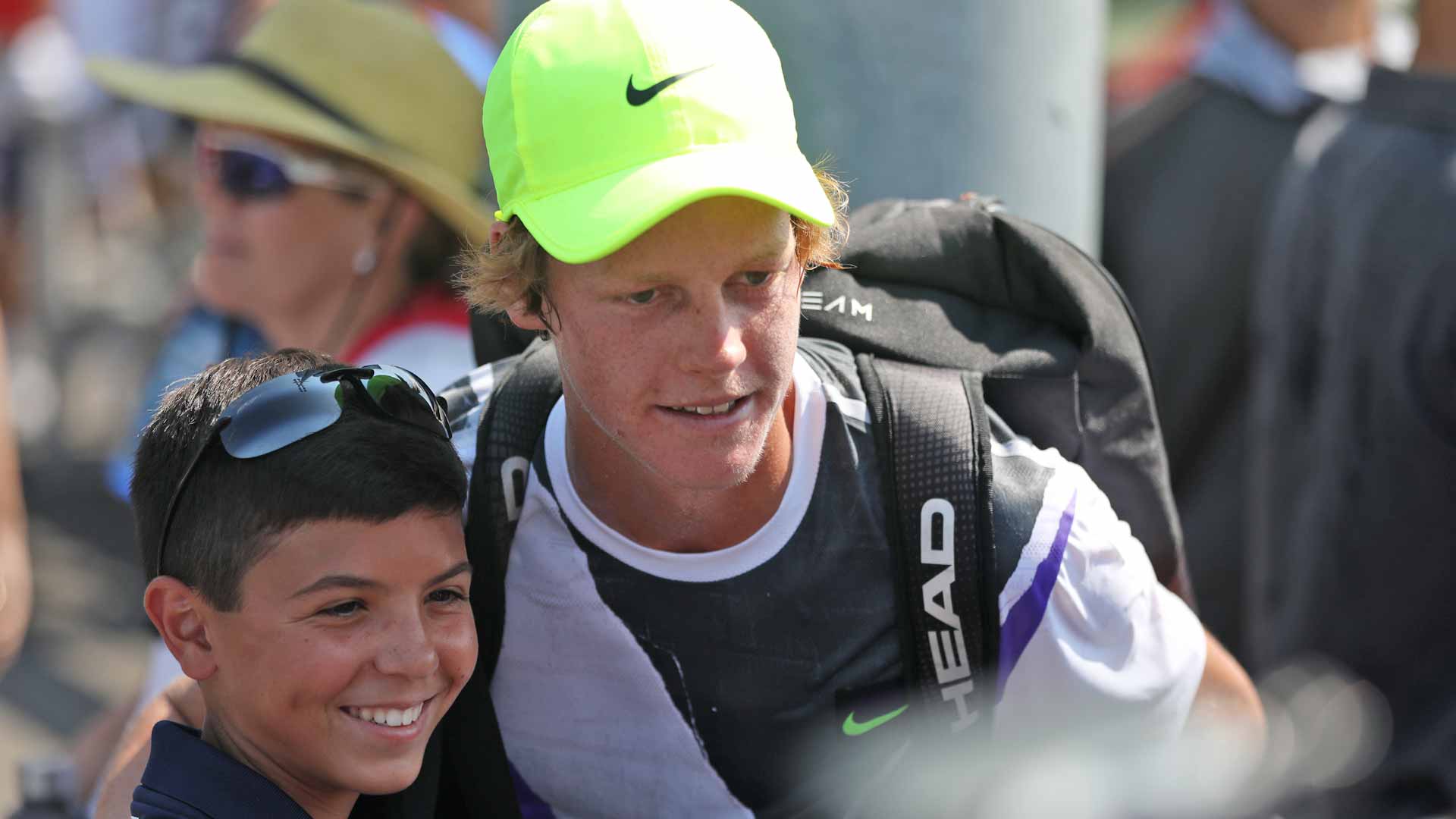 In other action, Tallon Griekspoor continued his strong run of form, as the No. 2 Dutchman earned a first US Open qualifying win of his own. He defeated Elias Ymer 7-5, 6-2 under the lights on Court 9. Griekspoor – the World No. 194 – enters on the heels of a final appearance at the Tampere Challenger and a straight-set win over Steve Johnson last week in Vancouver.

“It feels good,” the 23-year-old told ATPTour.com. “It was very tough at the start. I was struggling with the court a bit under the lights. I didn’t start really well, going down a break, but I’m happy to get back from 5-2 down in the first set. I served pretty well.

“I love New York. Everybody loves New York. My parents are here, so it’s nice. They came over. I hope to keep it going.”

Meanwhile, Noah Rubin and Mitchell Krueger were the lone Americans to advance on Day 2 of qualifying. Rubin routed Gianluca Mager 6-2, 6-3 in just 53 minutes, while Krueger earned a hard-fought win over Jay Clarke, battling from a set down to triumph 6-7(2), 6-4, 6-4. A year ago, the Dallas native successfully qualified for his first Grand Slam main draw in New York.

On Court 11, Jason Jung survived a stern test from Donald Young, prevailing 6-3, 6-7(4), 7-5 in two hours and 20 minutes. Trailing 1-3 in the deciding set, Jung reeled off six of the next eight games to move into the second round. The 30-year-old is coming off a final appearance at the ATP Challenger Tour event in Vancouver on Sunday. After taking a red-eye flight to New York, he overcame jet lag and fatigue to earn his fifth win in seven days.

Other winners on Tuesday include sixth seed Salvatore Caruso, Brazil’s Joao Menezes and Italian veteran Paolo Lorenzi. Menezes is coming off a final appearance at the Binghamton Challenger and a gold medal victory at the Pan American Games in Lima. The 37-year-old Lorenzi is hoping to punch his ticket to an eighth straight main draw at Flushing Meadows. He reached the Round of 16 in 2017.