A LOOK BACK
Kunming Open (Anning, China): Jay Clarke did not waste any time in finding that winning feeling. Two months ago, the Brit fell victim to a right foot injury in Pau, France, and in just his second tournament back, he would streak to the title. Clarke scored impressive win after impressive win to lift the trophy at the ATP Challenger Tour stop in Anning, China, on Sunday.

In a rematch of the 2018 Binghamton final, Clarke earned yet another victory over Jordan Thompson in the second round, before ousting James Duckworth in the quarter-finals and second seed Prajnesh Gunneswaran 6-4, 6-2 for the championship. He is the sixth #NextGenATP winner of the year, notching his first career clay-court crown. The Derby native is up to 11th in the ATP Race To Milan, rising five spots.

Like Clarke, Paul was competing in just his second tournament in his return from an injury absence. Following two months on the sidelines with a quad tendon injury, the 21-year-old American lifted his second Challenger trophy and first on clay.

You May Also Like: Tommy Paul Saves All 15 Break Points Faced In Sarasota Open Final

Competing in just his ninth Challenger main draw and having never previously reached a semi-final, Huesler made the most of his time on the Mexican clay. The 22-year-old from Zurich rises 70 spots to a career-high No. 281 in the ATP Rankings.

The San Luis Open is the second-longest running Challenger, celebrating its 34th edition. Only Tampere, Finland, has been on the circuit longer. 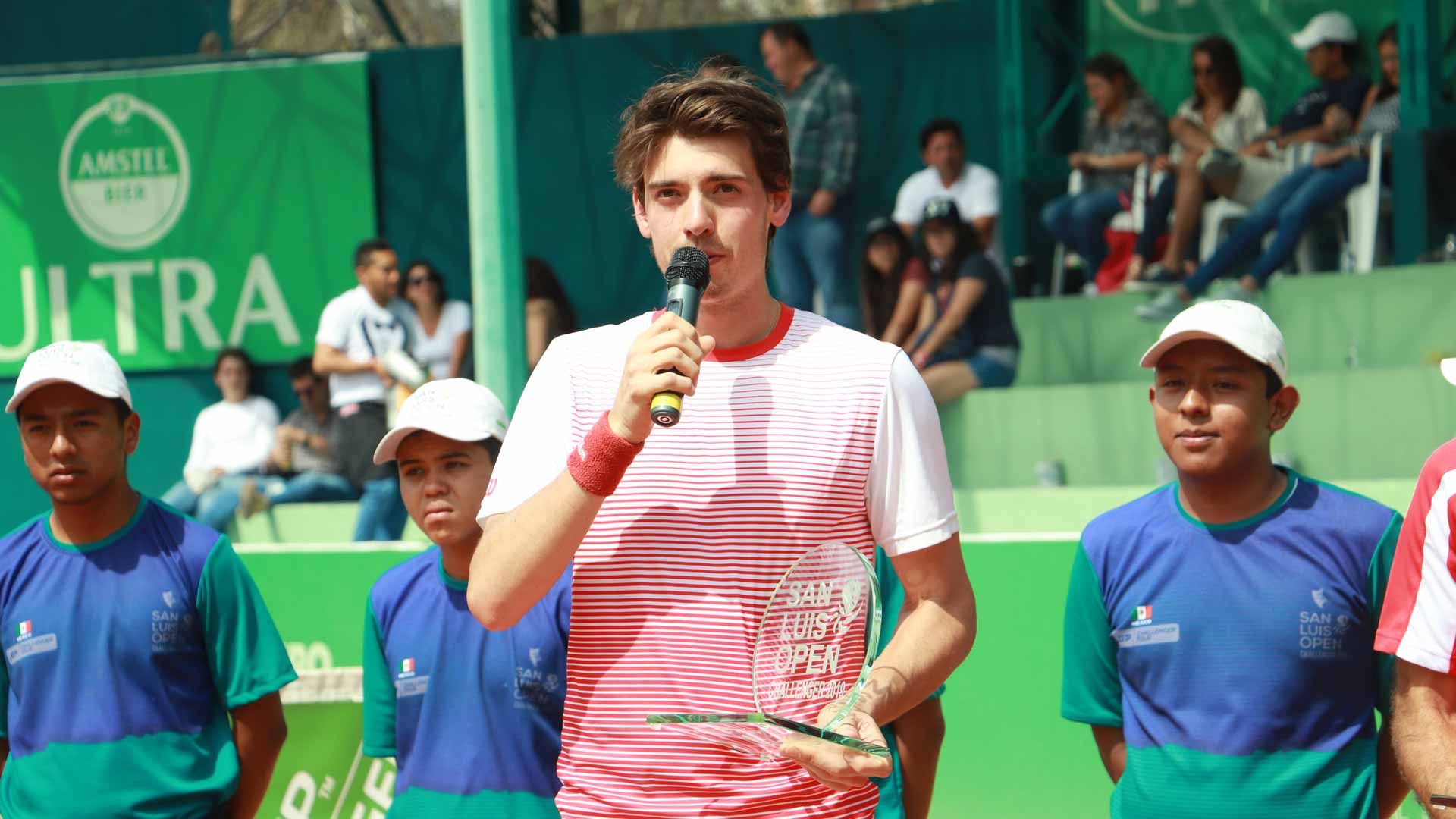 Tunis Open (Tunis, Tunisia): The lone Challenger on the African continent, the Tunis Open welcomed players and fans for the 11th time. World No. 81 Pablo Cuevas took the title on Sunday, defeating Joao Domingues 7-5, 6-4 in one hour and 31 minutes. The top Uruguayan did not drop a set all week, improving to 12-4 in Challenger finals and securing his 18th title in total, including ATP Tour victories.

Your champion in Tunis is @PabloCuevas22!

The 🇺🇾 does not drop a set all week to capture his first 🏆 since 2017 pic.twitter.com/h4ZeAEUmti

A LOOK AHEAD
There are four tournaments on three continents this week. In Tallahasee, Florida, the second stop on the U.S. clay-court swing welcomes Paolo Lorenzi as its top seed and Sarasota finalists Sandgren and Paul. The tournament is celebrating its 20th edition on the ATP Challenger Tour. Fifth seed Noah Rubin is the defending champion.

In Leon, Mexico, Alexander Bublik is hoping a return to hard courts will restore his winning ways. In his two previous hard-court Challengers, he lifted the trophy, prevailing in Pau, France in March and Monterrey, Mexico, just two weeks ago. He is joined by reigning champion and third seed Christopher Eubanks and recent Sophia Antipolis titlist Dustin Brown.