Since 2005, Rafael Nadal, Roger Federer and Novak Djokovic have captured a combined 11 of 15 trophies at the Mutua Madrid Open. The event, which began in 2002, has proven a successful stop on the ATP Tour for the Big Three, with the trio winning titles in the Spanish capital on indoor hard courts and outdoor clay courts, red or blue.

ATPTour.com takes a closer look at the Big Three’s dominance of the fourth ATP Masters 1000 event on the ATP Tour calendar:

Two years after a three-set loss to Alex Corretja on his tournament debut in 2003, Nadal advanced to his first tour-level indoor final in Madrid. The Roland Garros champion, chasing an 11th trophy in his breakthrough season, did not drop a set en route to a final meeting against Ivan Ljubicic. After dropping the opening two sets to the Croat, Nadal fought his way to a final-set tie-break in front of a packed, partisan crowd at Madrid Arena. The Spaniard trusted his forehand in the early stages to open a 5/2 lead and collapsed to the ground as Ljubicic fired a forehand into the net on triple match point at 6/3.

It would take five years for Nadal to double his tally in the Spanish capital. In the second edition of the tournament since its move to the Caja Magica, Nadal added to earlier Masters 1000 titles in Monte-Carlo and Rome to complete the sweep of clay Masters 1000 trophies in 2010. In his second straight Madrid final against Federer, Nadal avenged his 2009 loss to the Swiss with a straight-sets victory. With his 18th Masters 1000 crown, Nadal overtook Andre Agassi as the all-time leader in the Masters 1000 titles list.

Nadal dropped just one set to earn a third Madrid crown in 2013 and repeated the feat in 2014 to become the first player to win back-to-back trophies at the event. After losses to Andy Murray in 2015 and 2016, Nadal returned to the winners’ circle at the Caja Magica in 2017 with five consecutive Top 30 wins. The Manacor native overcame Fabio Fognini, Nick Kyrgios, David Goffin, Novak Djokovic and Dominic Thiem to earn a record-extending fifth trophy at his home Masters 1000 event. It pushed Nadal’s unbeaten record on clay that year to 15 matches, following titles in Monte-Carlo and Barcelona.

“Today is a day to be satisfied, to be happy and to have this trophy,” Nadal said. “This is a very emotional period of the season. I really enjoy these tournaments. I just try to go for all of them. I try to compete. I did well in Monte-Carlo and Barcelona, and also here.”

Federer is the only player in Madrid history to have triumphed on each of the tournament’s three surfaces since its inaugural edition in 2002. After a three-year absence, the Swiss returned to Madrid in 2006 and did not drop a set on the Madrid Arena indoor hard courts to take his first ATP Tour title in Spain. Federer dropped just four games to beat World No. 4 David Nalbandian in the semi-finals, before cruising past Fernando Gonzalez, after a competitive opening set in the championship match.

In 2009, the first edition of the tournament to be held at the Caja Magica, Federer claimed his second title in the Spanish capital. The 27-year-old moved past Robin Soderling, James Blake, Andy Roddick and Juan Martin del Potro to earn a final meeting against Nadal. Despite entering the contest with one win from 10 FedEx ATP Head2Head encounters against the Spaniard on clay, Federer needed just 86 minutes to capture the trophy.

Three years later, on blue clay, Federer triumphed for a third time in Madrid. The Swiss almost fell at the first hurdle against Milos Raonic, but survived a final-set tie-break before breezing past Richard Gasquet, David Ferrer and Janko Tipsarevic without dropping serve. Once more, Federer was tested in a gripping final against Tomas Berdych. The Swiss rallied from a set down to defeat the Czech 3-6, 7-5, 7-5 after two hours and 38 minutes.

“I could have lost in the first round. This is always special, winning a title 7-5 in the third when things get tough. The crowd was amazing, and I’m very happy.” 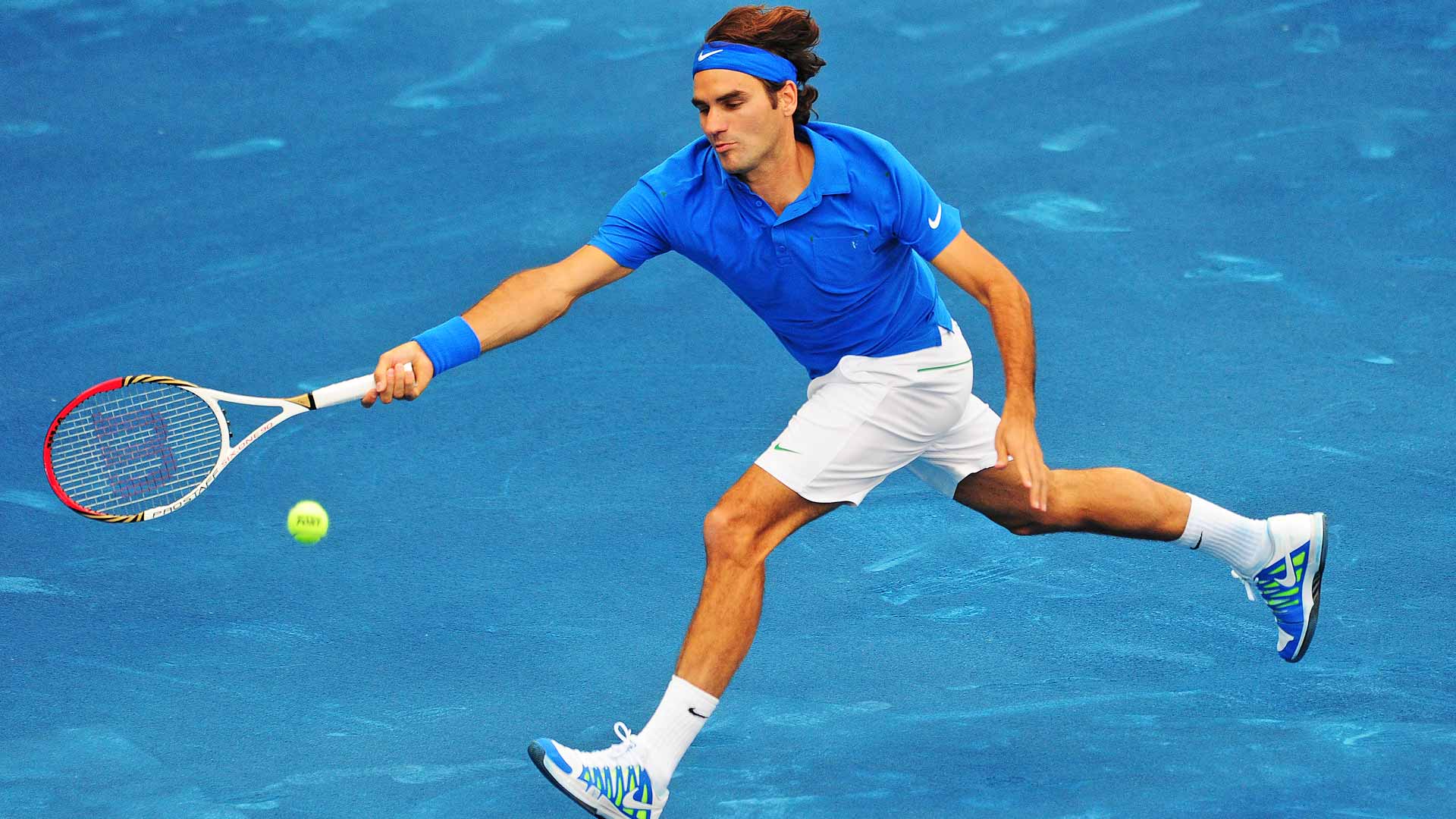 After semi-final runs in two of his opening four appearances in Madrid, Djokovic arrived at the Caja Magica with an unbeaten 27-0 record in 2011. The Serbian eased past Top 15 stars Stan Wawrinka and Robin Soderling, before surviving a final-set tie-break against Andy Murray to reach his first championship match at the Masters 1000 tournament.

In a repeat of the Indian Wells and Miami finals, Djokovic once again faced World No. 1 Nadal for the title. He entered the contest with a 0-9 ATP Head2Head record against the Spaniard on clay, but broke Nadal on five occasions to secure his maiden Madrid crown with a 7-5, 6-4 victory.

“Under the circumstances, I’ve played probably the best match of my life on clay against the World No. 1 and the player to beat on this surface,” said Djokovic.

After missing the tournament in 2014 and 2015, Djokovic made a successful return to Madrid in 2016. The Serbian, who entered the event with a 28-2 record in 2016, earned straight-sets wins against Borna Coric, Roberto Bautista Agut, Milos Raonic and Kei Nishikori to book a final meeting against Andy Murray. In a repeat of the 2016 Australian Open final, Djokovic overcame the Brit in three sets to lift the trophy.

Last year, Djokovic added a third Madrid trophy to his collection. The World No. 1 took the title without dropping a set, beating Top 10 stars Dominic Thiem and Stefanos Tsitsipas in back-to-back matches to claim the crown. Djokovic’s victory against Tsitsipas was the Serbian’s 200th win against Top 10 opposition.