Tournament was last held at Memorial Drive in 2008

To Lleyton Hewitt, the ATP Tour returning to Adelaide has served as a professional tennis homecoming and a personal coming-home experience for the former World No. 1 and 30-time tour-level champion. Twenty-two years ago, Hewitt was a scrawny, blonde-haired 16-year-old wearing a wide “happy-to-be-here” grin at the ATP Tour event in South Australia.

The Adelaide native, then-No. 550 in the FedEx ATP Rankings, had been given a wild card into the tournament one year after qualifying and making his tour-level debut at the 1997 Australian Open.

Hewitt’s goal in Adelaide, he told ATPTour.com on the 20th anniversary of his appearance, was to “put up a competitive match”. Five competitive matches later, including a semi-final win against Andre Agassi, and the teenager had won his maiden ATP Tour title and launched a career that would see him win Grand Slam titles (two), ATP Masters 1000 titles (two) and Nitto ATP Finals crowns (two).

“Players go through so much of their career wondering if they are ever going to be able to hold up an ATP Tour title. For me to do it in my first ATP Tour main draw event was amazing, especially in my backyard in Adelaide,” he said.

Hewitt revisited a much-improved Memorial Drive this week as the ATP Tour returned for the first time since 2008 with the Adelaide International, an ATP 250 event. The 38-year-old Hewitt fell in doubles with Jordan Thompson, but he also took time to appreciate where it all began.

“It’s fantastic that the ATP Tour has come back to Memorial Drive here in Adelaide,” Hewitt told ATPTour.com on Wednesday. “For me, it’s such a special place for the ATP Tour to come back to. It’s obviously the tournament which really kickstarted my career when I got a wild card into the main draw back in 1998. It’s a special place to play tennis. I think the crowds really get behind the event as well.”

The big crowds remain, but much has changed since 2008 and especially since 1998.

The upgraded setup has been appreciated by players.

“I think this is really great idea, because we play in the shadow… the sun is not disturbing,” said Russian Andrey Rublev, who beat American Sam Querrey on centre court on Wednesday morning. “We are outside. You’re not feeling like you’re inside. But it helps a lot.” 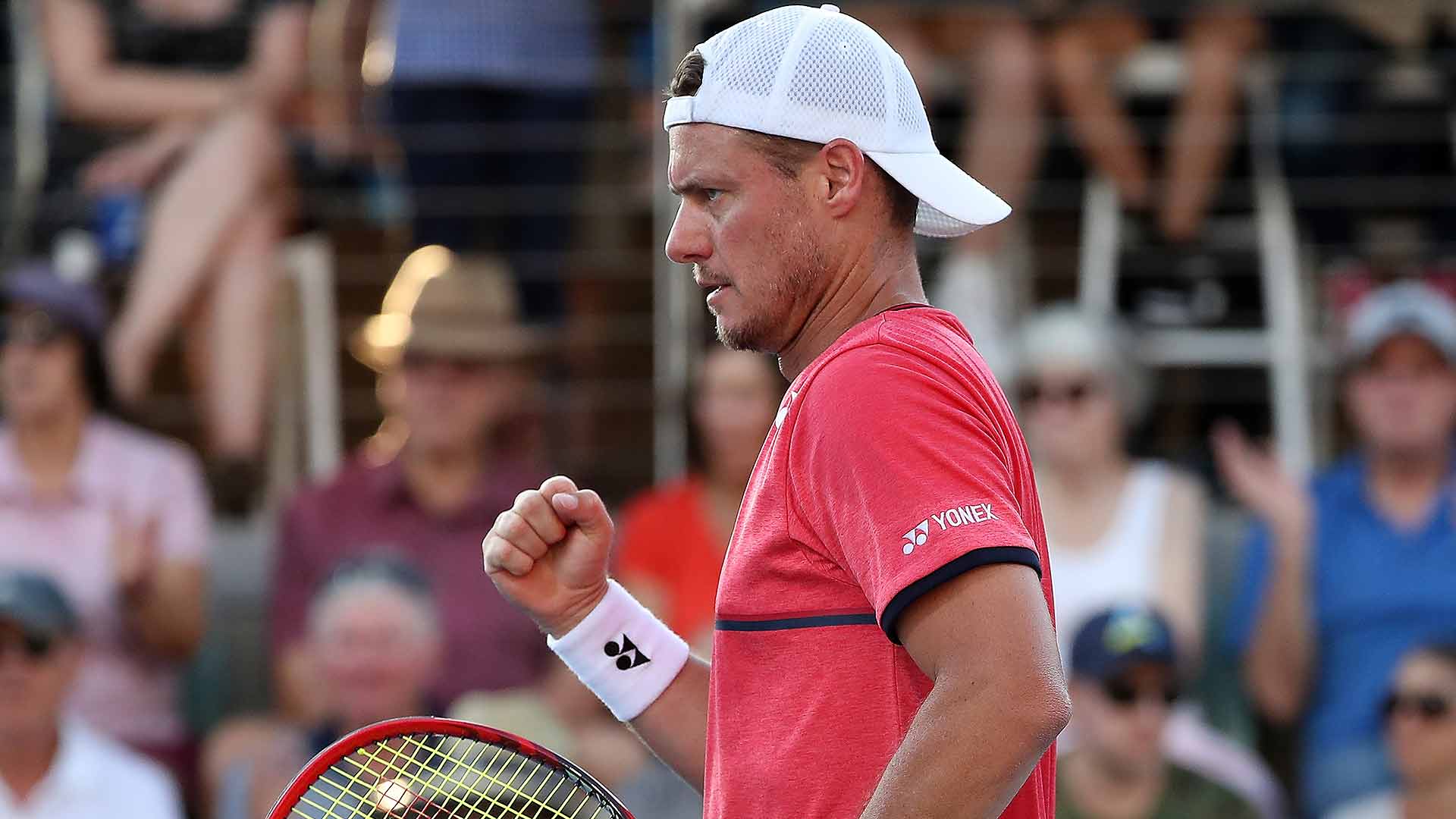 Tournament Director Alistair MacDonald has heard similar feedback from other players as well.

“It’s just great to have a roof because with heat and rain, we know the show can go on at least on centre court. I think it’s been a fantastic addition. The setup on centre court is really nice. It’s a nice 5,000-seat stadium. We’ve got a really good setup on the outside courts, and we’ve had nothing but really good feedback from the players so far. That’s really important to us,” he told ATPTour.com.

Players, including American Tommy Paul, also have appreciated the ease of the tournament in Adelaide. Players walk over a bridge from the hotel to the tournament.

“I’m big on convenience, and this tournament is super convenient. They make everything pretty easy for whatever you need. Obviously walking back to the hotel, [it] can’t get much more convenient than that,” said Paul, who beat Uruguay’s Pablo Cuevas on Wednesday to make his first ATP Tour quarter-final since Washington 2017. “It’s a very well-run event and a lot of fun to play.”

#NextGenATP Canadian Felix Auger-Aliassime, who plays his first match in Adelaide on Wednesday evening, said he’s already felt the energy of the crowds.

“It’s nice to see the people are happy to see me here. They’re looking forward to seeing me play, seeing me perform. Overall I feel positive energy,” he said.

Hewitt and MacDonald are also encouraged by the return of professional tennis in South Australia for what it could do for the future of the sport in the state.

Just as Hewitt was inspired by past Aussie champions, the former World No. 1 is enthused by the fact that boys and girls in Adelaide can be inspired by pro tennis in their own city.

“To have it back here is fantastic for the young kids in South Australia to get an opportunity to come and see top players in their own backyard, on the courts that they’re training day in and day out,” Hewitt said. “Hopefully it really helps South Australian tennis as well to help provide those kids with inspiration to hopefully one day get the opportunity to play in the Adelaide International and the ATP Tour.”