The NECKARCUP celebrates in front of the home fans in Heilbronn

It is not an easy feat to earn ‘Tournament of the Year’ honours on the ATP Challenger Tour. It takes years of hard work, dedication and commitment to growing the game and providing a world-class experience for the players and fans.

That said, to take home the award on multiple occasions is an extraordinary accomplishment. The NECKARCUP in Heilbronn, Germany, did just that in 2017 and 2018, culminating with a special celebration on Thursday evening at the TC Heilbronn Trappensee E.V. 1892.

In front of a packed crowd on Center Court, ahead of the Day 4 night session, the tournament was presented with the 2018 Challenger of the Year award. Tournament founders and directors Metehan and Mine Cebeci received the crystal trophy along with event organiser Tom Bucher.

The @neckarcup receives its 🏆 for a second straight year, this time in front of the home fans. pic.twitter.com/PAeMv1YqHP

“It’s a pleasure for us to get the award for the second time,” said Metehan. “We work all year for this tournament and it’s especially nice that the players acknowledge this. Our efforts are for them and the NECKARCUP team as well.”

“To receive this award is really emotional for us and we’re really proud of it,” Mine added. “From the beginning, we planned everything really well. When players and the ATP provides feedback, we always work with them to find a solution. We’ve increased the prize money step by step and improved the ambiance of the centre court. It’s very important for us to make it better every year.”

Last year’s doubles finalists and this year’s top seeds Kevin Krawietz and Andreas Mies were also on court during the ceremony. With impressive crowds all week and a pristine facility, it’s easy to see why the tournament has become a favourite among all competitors. The Cebecis have put the players first, providing a massive indoor area, including a lounge, private areas for warm-up and cool down, dining centre and activities (table tennis, billiards, darts, etc.). And with a premier fan experience, featuring top food vendors from the region and live entertainment every night, it’s truly a world-class event top to bottom.

A 45 minute drive north of Stuttgart into the sprawling German countryside will lead you to the TC Heilbronn am Trappensee, a tennis club founded in 1892. Over a century has passed but the 600-member club is steeped in tradition in the tranquil rural surroundings. 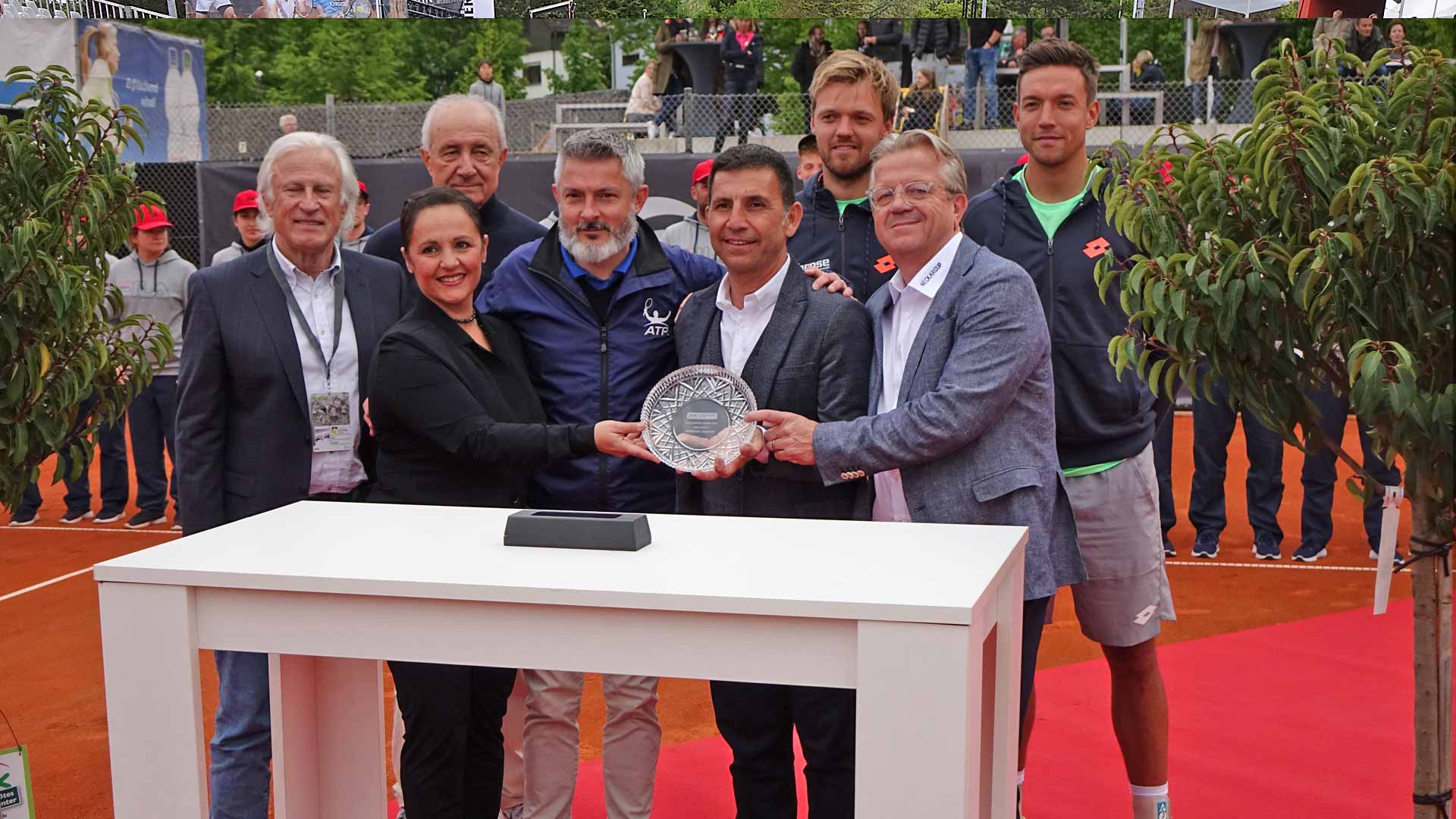 The Challenger Awards are a recognition of excellence, selected by players from the global Challenger Tour of 160 events staged in 40 different countries. In its sixth edition, the NECKARCUP was once again recognised as being outstanding in terms of facilities, organisation, imagination, promotion and player welcome.

The commitment and hard work of the tournament team, the support of the municipality, local authorities, sponsors, the press and the public produced a wonderful week of professional tennis. Moreover, the tournament joined the Sparkassen Open in nearby Braunschweig, as well as the Odlum Brown VanOpen in Vancouver, Canada, and the former Ethias Trophy in Mons, Belgium in winning the award on multiple occasions.

In 2018, three tournaments were recognised with the Challenger of the Year award, with Heilbronn accompanying the Puerto Vallarta Open presentado por La Aficion in Puerto Vallarta, Mexico, and the Odlum Brown VanOpen in Vancouver, Canada, in the winners’ circle. Puerto Vallarta was presented with their trophy two weeks ago, with Vancouver holding their ceremony in August.