Grigor Dimitrov is the 2017 Nitto ATP Finals champion and reached a career-high No. 3 in the FedEx ATP Rankings in November 2017.

ATPTour.com looks at five things you should know about the 29-year-old.

1) His Best Season Came In 2017
Half of Dimitrov’s eight ATP Tour trophies were lifted in 2017. The Bulgarian opened the year with 14 victories from 15 matches, claiming titles in Brisbane and Sofia either side of a semi-final run at the Australian Open.

Later in the year, Dimitrov captured his maiden ATP Masters 1000 trophy at the Western & Southern Open in Cincinnati. The 26-year-old did not drop a set en route to the title, earning wins against Feliciano Lopez, Juan Martin del Potro, Yuichi Sugita, John Isner and Nick Kyrgios.

Making his debut at the Nitto ATP Finals, Dimitrov claimed the biggest title of his career to end the season with a 49-19 record. Dimitrov topped Group Pete Sampras with a 3-0 record, before back-to-back victories against Jack Sock and David Goffin.

2) After Injury Struggles, He Returned To Form At The 2019 US Open
After struggling with a right shoulder injury earlier in the year, Dimitrov entered last year’s US Open at No. 78 in the FedEx ATP Rankings — his lowest position since 4 June 2012 — with a 12-15 record.

But Dimitrov rediscovered his best level in New York to reach his first US Open quarter-final, beating Andreas Seppi, Kamil Majchrzak and Alex de Minaur for the loss of one set. At that stage, Dimitrov produced one of the greatest victories of his career to advance to his third Grand Slam semi-final.

Despite entering his quarter-final against Roger Federer with a 0-7 ATP Head2Head record, the Bulgarian came from a set down on two occasions to outlast the five-time champion 3-6, 6-4, 3-6, 6-4, 6-2 under the lights on Arthur Ashe Stadium.

“I kept on believing in the process, kept on working, kept on trying to improve, whatever else I had to improve on my end. I really controlled the things that I could,” said Dimitrov.

3) He Doesn’t Want To Be Vanilla
Dimitrov is no stranger to bold fashion choices but, during this year’s Australian Open, he caused a stir on social media with a striking dark purple and yellow Nike tracksuit.

“I love being different when it comes to things like that and so many other things. I think the outfit is fun. I don’t want to be vanilla,” said Dimitrov.

“Andre was very happy with it. He was impressed. He was like, ‘Wow, I know where that comes from,’” said Dimitrov. 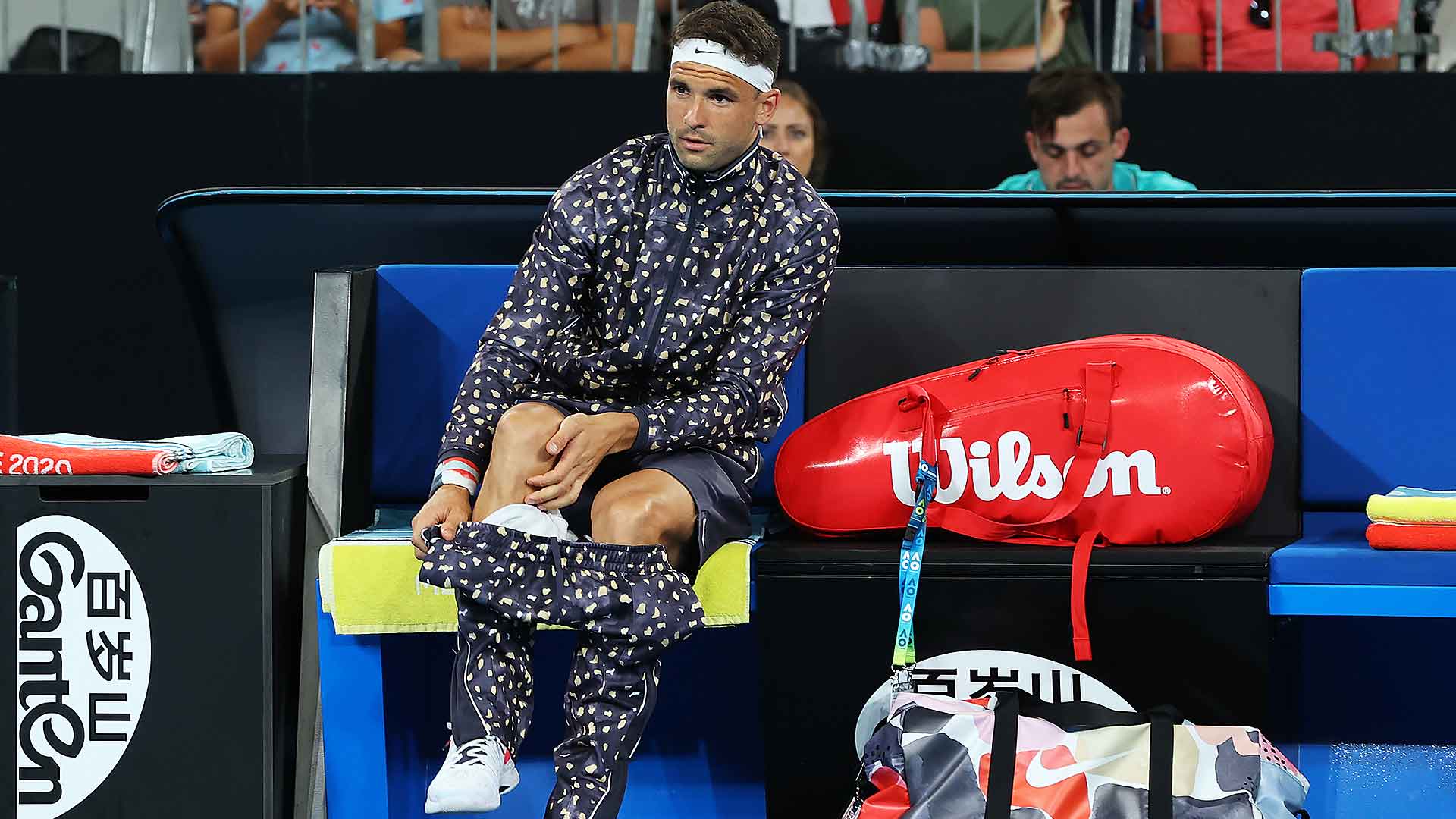 4) He Performed Double Duty At The 2020 ATP Cup
At the inaugural ATP Cup, many teams were led by coaches and former ATP stars. However, that can’t be said for Team Bulgaria. Competing as the nation’s No. 1 singles player, Dimitrov also took on the role of Team Captain.

From the innovative Team Zones, Dimitrov provided his teammates with advice and also relied on the support of Christian Groh when needed. Bulgaria’s No. 2 singles player Dimitar Kuzmanov provided an insight into the unique set-up during the competition.

“Obviously it’s really tough for [Grigor] to manage all the things by himself, because he also has to warm up, to get focussed before his match,” said Kuzmanov. “And as it happened the first day, as it happened today, he had to leave after the first set. But I already knew that, because we were discussing it. Every time I’m either a set up or set down, he has to go to get focussed, to get prepared for the match. But Chris is always there.”

5) He Is Providing COVID-19 Support To His Hometown
During the COVID-19 pandemic, Dimitrov has been providing support to his hometown of Haskovo in Bulgaria. The former World No. 3 recently donated ventilators to the local hospital and has since been looking for new ways to help those affected by the virus.

“I come from a really small town and never forgot where I came from. I just want to help, simple as that,” said Dimitrov. “I’ve been playing for Bulgaria all my life. I still have a Bulgarian passport. I really appreciate the people and all the support throughout the years. It’s not only a way of giving something back to the country, but deeply moves me and makes me feel alive.”