Learn about the 21-year-old’s career highlights, musical talents and more

Corentin Moutet is the No. 75 player in the FedEx ATP Rankings and the youngest Frenchman in the Top 100.

ATPTour.com looks at five things you should know about the #NextGenATP Frenchman.

1) He Entered The ATP Challenger Tour History Books In 2019
Last season, Moutet became the first teenager in 12 years to lift ATP Challenger Tour trophies in three consecutive seasons. Following in the footsteps of Evgeny Korolev, who achieved the feat from 2005 to 2007, the Paris native added the Chennai trophy to his 2017 Brest title and 2018 Istanbul crown.

Four months after his title run in India, Moutet claimed his fourth Challenger trophy in front of a boisterous home crowd in Lyon. With his run to the title, the Frenchman cracked the Top 100 of the FedEx ATP Rankings for the first time. 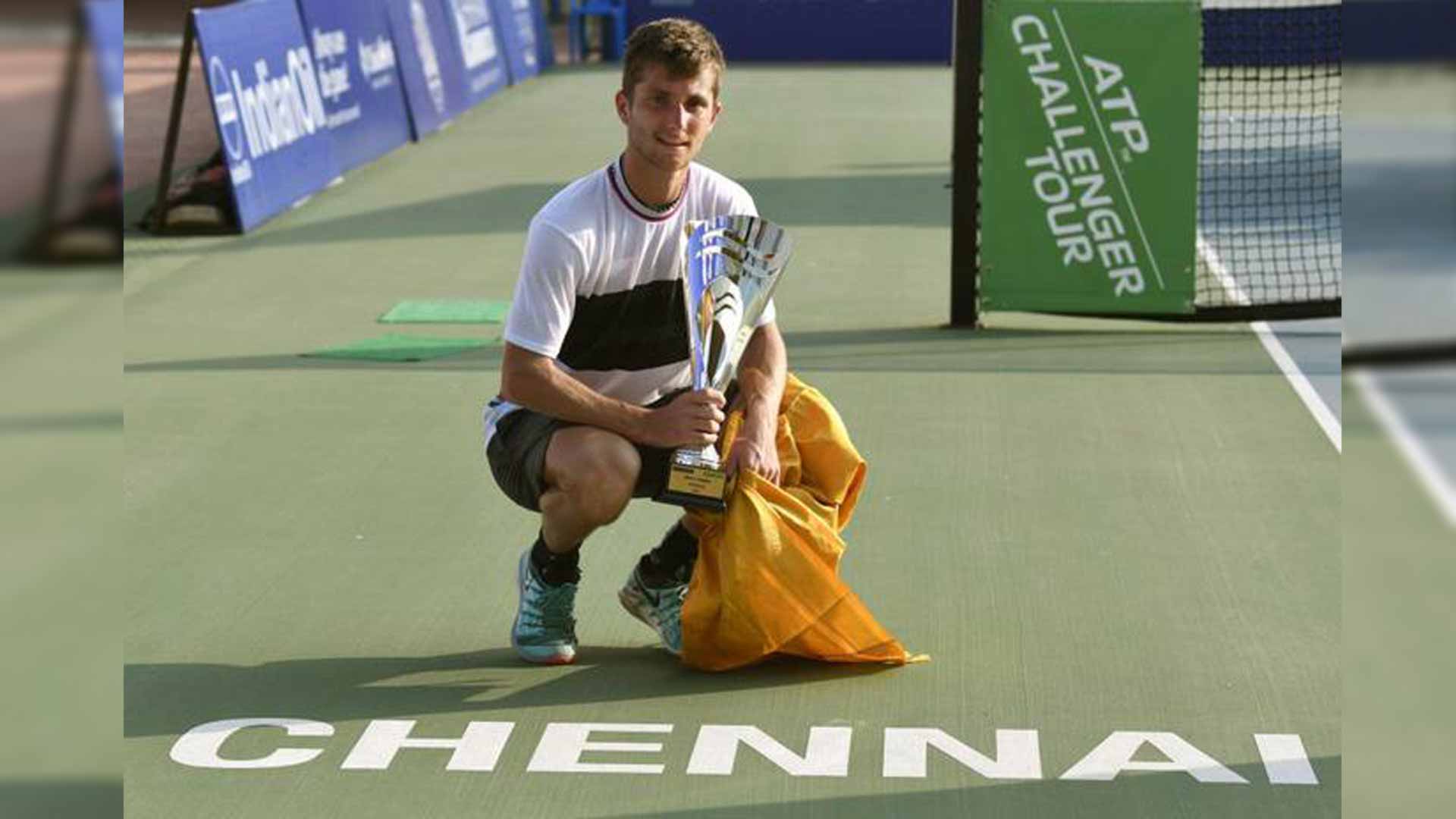 2) He Finished 2019 In Style
At last year’s Rolex Paris Masters, Moutet impressed the home crowd in his final match of the year against Novak Djokovic. The 5’9” left-hander earned two set points in the first set and landed a tweener lob against the Serbian, ultimately losing 6-7(2), 4-6.

“[Moutet] is talented, very quick,” said Djokovic. “[He] returns a lot of balls back that usually other guys wouldn’t get. He gets it, and he was pumped. I respect his fighting spirit.”

3) He Makes Rap Music
In his time off the court, you may find Moutet writing lyrics for his latest rap song. The Parisian recently created a YouTube channel to showcase his music following a positive reaction from fellow players and coaches.

“The days can be long on site at tournaments, so I wanted to do something else,” said Moutet. “I’m usually writing, singing or rapping most of the time now. I try to write every day about my feelings or anything else that comes to mind.”

4) He Started 2020 In Peak Form
In his first event of 2020, Moutet made a breakthrough in Doha. The Next Gen ATP Finals contender won six straight matches from qualifying to advance to his maiden ATP Tour final.

In the main draw, Moutet overcame Tennys Sandgren, former World No. 3 Milos Raonic, 2017 semi-finalist Fernando Verdasco and three-time Grand Slam champion Stan Wawrinka to book a championship clash against Andrey Rublev. Despite losing to the Russian in the final, the Frenchman climbed 11 spots to a career-high World No. 70 after the tournament.

“Unfortunately, I couldn’t win tonight because the opponent was too good. But I will remember this all my life,” said Moutet.

5) Moutet Aims To Inspire
Alongside ambitions of rising in the FedEx ATP Rankings and lifting ATP Tour titles, Moutet is also keen to use his platform to inspire tennis fans through his hard-working attitude. The Doha runner-up, who received his first tennis racquet aged two, prides himself on playing until the last point in every match.

“I want to try to inspire many people around the world when they are watching tennis, just to make them like this sport,” Moutet said. “I want to be remembered as a fighter, as a player who never gives up and gives everything on the court.”