Learn about the Australian’s national pride, lockdown hobbies and more

Alex de Minaur owns three ATP Tour trophies and reached a career-high No. 18 in the FedEx ATP Rankings in October 2019.

ATPTour.com looks at five things you should know about the 21-year-old.

1) 2019 Was His Best ATP Tour Season
After claiming the ATP Newcomer of the Year Award in 2018, De Minaur raised his game last year. The Australian captured his maiden ATP Tour trophy at his home event in Sydney and later claimed further trophies in Atlanta and Zhuhai.

At the Truist Atlanta Open, De Minaur dropped just seven first-serve points throughout the week (116/123) to become the youngest winner in tournament history. The 6’0” right-hander also reached the Swiss Indoors Basel final (l. to Federer) and advanced to his second straight championship match at the Next Gen ATP Finals in Milan (l. to Sinner).

2) He’s A Proud Australian
The best of De Minaur’s hard-working and passionate character was seen at the start of this year at the inaugural ATP Cup in Australia. Wearing the famous green and gold colours of his home nation, De Minaur raised his game to new heights in Brisbane and Sydney.

The 21-year-old scored victories against Top 15 stars Alexander Zverev and Denis Shapovalov, before pushing Rafael Nadal to three sets at the innovative team competition. De Minaur played a crucial role in guiding his nation to the semi-finals, saving four match points in a dramatic doubles victory against Great Britain alongside teammate Nick Kyrgios.

“Any chance I get to represent my country is always an honour,” said De Minaur. “Us Australians have a really good team chemistry. We just thrive in these team competitions. We all want the best for each other and there is nothing better than playing in front of an Aussie crowd.”

Following his breakthrough season in 2018, De Minaur was awarded the prestigious Newcombe Medal, Australian tennis’ highest honour. The award is presented annually and named after Aussie legend John Newcombe, who became the second player to reach World No. 1 in the FedEx ATP Rankings in 1974. 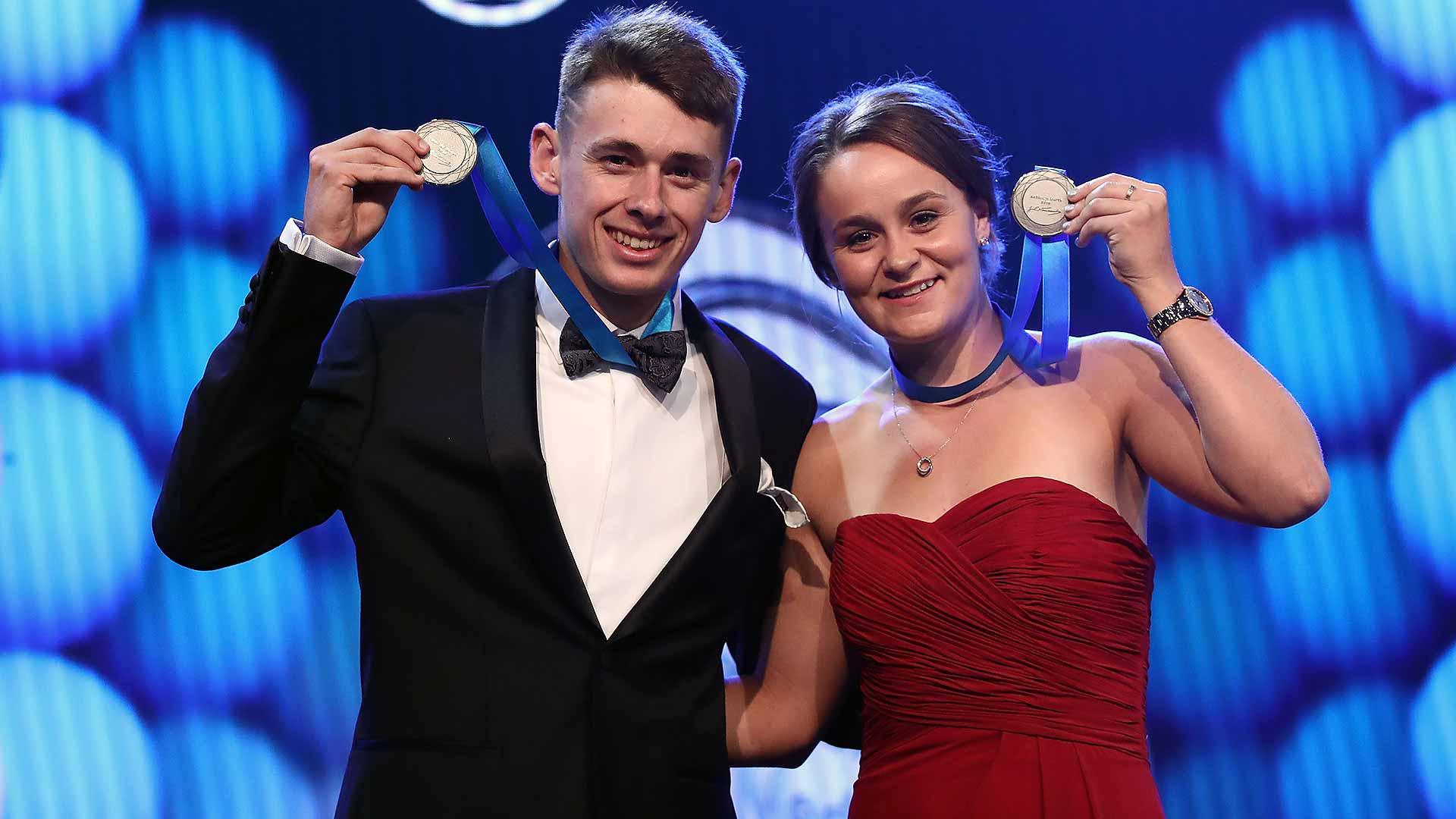 3) He Loves Gifts From His Fans
As a three-time ATP Tour titlist with almost 200,000 followers on Instagram, De Minaur enjoys plenty of support at each tournament he plays. During the Asian swing, it is not uncommon for that support to lead to gifts.

At the Huajin Securities Zhuhai Championships, De Minaur received some tea sets and one rather unusual present: an animal-shaped hat with dancing ears. Naturally, the Australian took the gift back to his hotel and used it to dance along to viral song ‘Baby Shark’. The video has more than 100,000 views on his Instagram account.

Happy with my first round win today, but even happier with this special gift from a fan!! 😂🐬🤦‍♂‍

4) He’s Mentored By An Aussie Legend
Alongside coach Adolfo Gutierrez, De Minaur can also turn to his mentor for advice: former World No. 1 Lleyton Hewitt.

Hewitt watched De Minaur during his run to the Wimbledon Boys’ Singles final in 2016 and was immediately impressed by the young Aussie’s work ethic. The two-time year-end World No. 1 has used his experience to advise De Minaur in the early stages of his career on the ATP Tour and also led the 21-year-old as Team Captain for Team Australia at the inaugural ATP Cup in January.

“Hewitt has always been an idol,” said De Minaur. “I always looked up to him growing up. For him to now be in my corner and helping me out as a mentor, really getting me to believe I belong here where I am and that I have got the level, is just incredible.”

5) He’s Improving His Golf Skills In Lockdown
With plenty of spare time on his hands during the COVID-19 pandemic, De Minaur is taking every opportunity to turn his house into a golf course. The World No. 26 was seen practising his pitching skills in multiple videos, before raising his game for his latest trick. From an impressive distance, the three-time tour-level titlist managed to putt a coin in between the tines of a fork before raising his arms and cheering in celebration.

3 days later!! This took way too long please don’t let this flop 😂 I would like to thank all of those who believed in me 🤷‍♂‍🥵😉😂😈 @atptour #puttfordough #tennisathome🎾🏠 #golfathome