Felix Auger-Aliassime saved two match points and did things the hard way on Wednesday at the Open 13 Provence. The seventh-seeded Canadian squandered a 5-2 lead in the first set and recovered from 4/6 down in the second-set tie-break en route to beating Stefano Travaglia 6-7(3), 7-6(6), 6-3 for a place in the second round.

Auger-Aliassime, who reached last week’s ABN AMRO World Tennis Tournament final (l. to Monfils), saved match points after Italian Travaglia hit a backhand into the net and a forehand wide on successive points. He broke in the fourth game and completed victory in two hours and 31 minutes with his 13th ace. 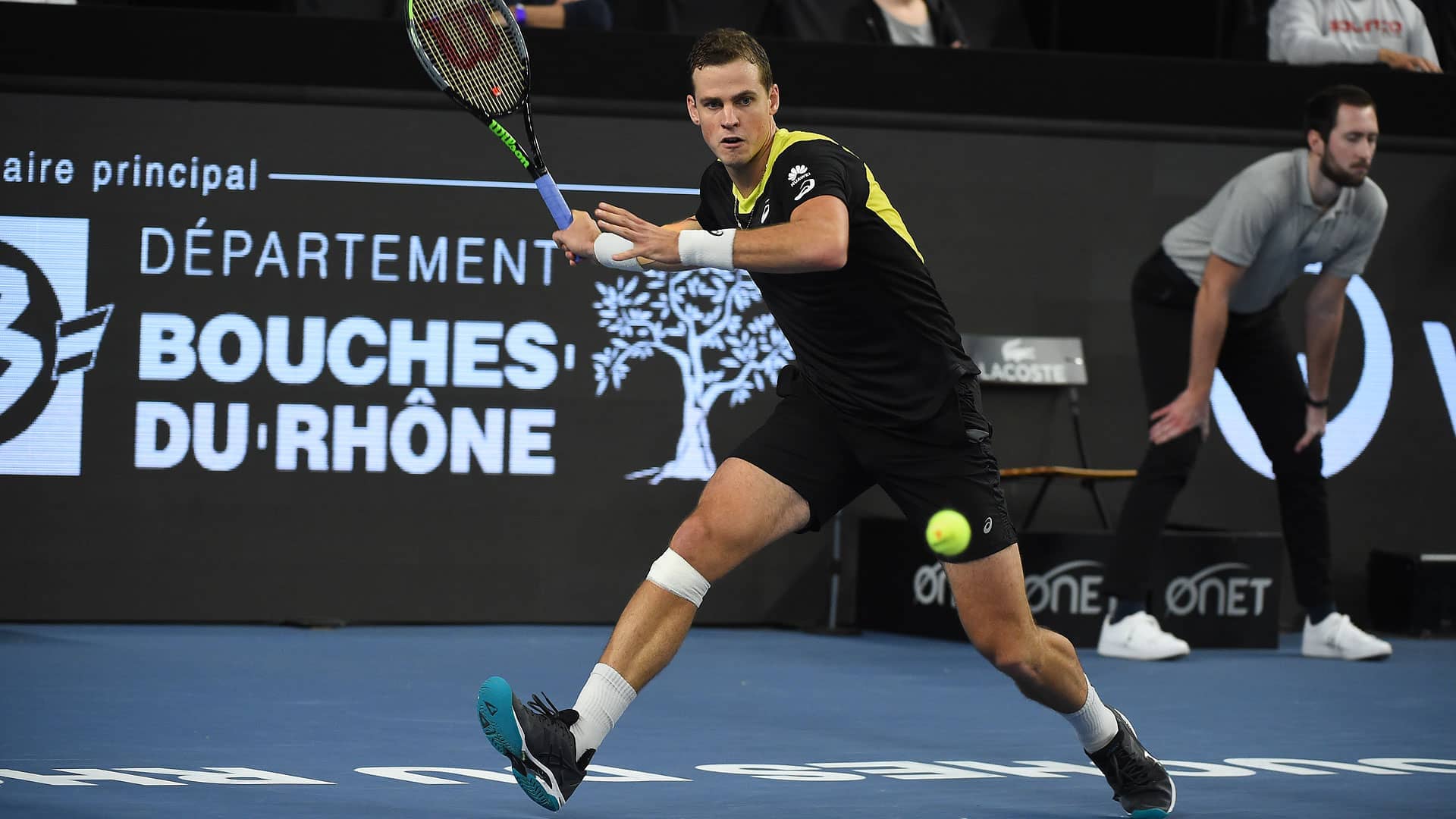 Another Canadian, Vasek Pospisil, who returned to the Top 100 of the FedEx ATP Rankings (at No. 98) this week, booked his place in the quarter-finals earlier in the afternoon. Pospisil recorded his seventh victory in his past nine matches with a 6-3, 6-4 win over eighth seed Hubert Hurkacz in 88 minutes. The former World No. 25, who has experienced back problems over the past five years, saved four break points and lost eight of his first-service points (33/41).

The recent Open Sud de France runner-up will next face second seed and defending champion Stefanos Tsitsipas or Mikael Ymer, who square off for the first time during the night session.