#NextGenATP Canadian Felix Auger-Aliassime was taken by surprise at his first practise ahead of the Coupe Rogers last Friday evening. There were fans… lots of fans. The Montreal faithful wanted to get a look at the teenage sensation whenever they could, even if that meant showing up even before the start of qualifying at the sixth ATP Masters 1000 tournament of the year.

“The sound of the crowd, the people, the support they gave me was crazy. From the first practice I had here, then all the way to this match today was just crazy. It really is a dream come true,” Auger-Aliassime said after losing to Karen Khachanov on Thursday. “The atmosphere in the tie-break of the first set, at the end of the first set, was pretty surreal. I’ll for sure keep great memories of that.

The newly-turned 19-year-old even got emotional as he stood on court after his loss. The crowd wasn’t done supporting him yet, singing happy birthday to the Canadian. Every time he walked through crowds during the week, fans chanted his name.

When players prepare to walk onto Court Central, what the cameras don’t always catch is that countless fans line the path — separated by ropes — to support the athletes on their walk to the court. And even after players sign autographs on the court before heading back to the locker room, they sign dozens more for the many fans waiting. 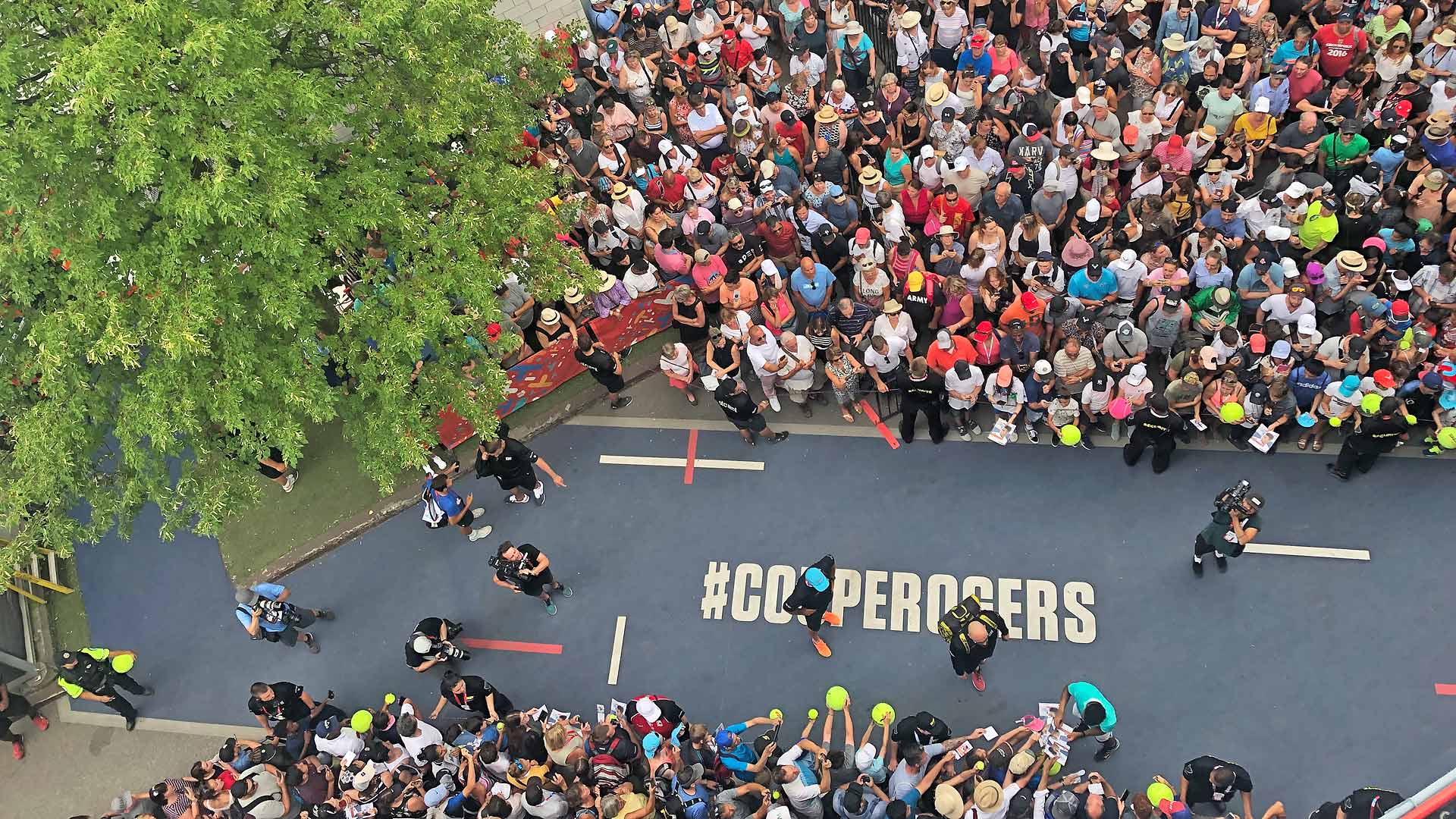 The crowd has supported all the players though, not just Canadians. One of the languages Russian Daniil Medvedev speaks is French, which the fans have appreciated throughout the week.

“It’s a beautiful atmosphere. It is, indeed, close to a Grand Slam. Every time we take the little cart to go and practise or go to the match, the cart can’t go through because there are too many people,” said Medvedev, a semi-finalist. “The first day I was surprised because normally on the first or second day of a tournament, Monday or Tuesday, there are not too many people because they’re working. Here it was crowded, especially in the evenings. It’s great.

“For my matches, there were many people. But they are very fair with every player. That’s great.”

You May Also Like: Daniil Medvedev: The Perplexing, Unorthodox Artist Who Just Keeps Winning

Gael Monfils has played on the biggest courts in the world. But even as home favourites Auger-Aliassime squared off on Court Central, the bleachers surrounding Court 5 were packed to watch Monfils during his second-round win against Ilya Ivashka, providing a hair-raising atmosphere for the player.

“It’s an unbelievable feeling. I’m just saying it’s sometimes great to play on a smaller court with the crowd very close,” Monfils said. “We can feel their energy, the passion, the love in it. I love it, to be honest. It’s great.”

Dominic Thiem beat home favourite and 2017 semi-finalist Denis Shapovalov in the second round. And as you’d might expect, there was no shortage of energy in the crowd.

“For me there is nothing nicer than to play in front of a full stadium. I think it’s normal if you play a Canadian or if you play a local that the whole crowd is against you. I think you should accept it and still enjoy the atmosphere. That’s how I see it,” Thiem said. “But in general the crowd here is amazing. They love tennis. They are enjoying it [being] back after two years.”

Thomas Johansson retired long ago, but fans in Montreal certainly did not forget him, having won the title here in 1999. In fact, Johansson said that fans approached him around the grounds daily as he coached Belgian David Goffin.

“It’s one of the few places that when you walk around, people actually come up to me and say, ‘I remember the final. I remember that you won here in ‘99.’ Every time I come to Montreal, I almost feel like I’m at home,” Johansson said. “It’s a lot of fun because some people, they remember the matches, they don’t remember just the final.”