Felix Breaks Through Just In Time Against Opelka

Felix Breaks Through Just In Time Against Opelka

Canadian to face Cilic in R3

#NextGenATP Canadian Felix Auger-Aliassime reached his second hard-court quarter-final of the season on Wednesday, beating 6’11” Reilly Opelka of the U.S. 6-4, 3-6, 6-4 at the Citi Open in Washington, D.C.

The winner of each set didn’t face a break point in the set, with Auger-Aliassime breaking Opelka in the 10th game of the third. Opelka saved one match point at 4-5, 30/40 with a bouncy second serve.

But, on his second match point, Auger-Aliassime got a racquet on a first serve, and Opelka dumped a tight backhand into the net. Auger-Aliassime won 89 per cent of his first-serve points (42/47). 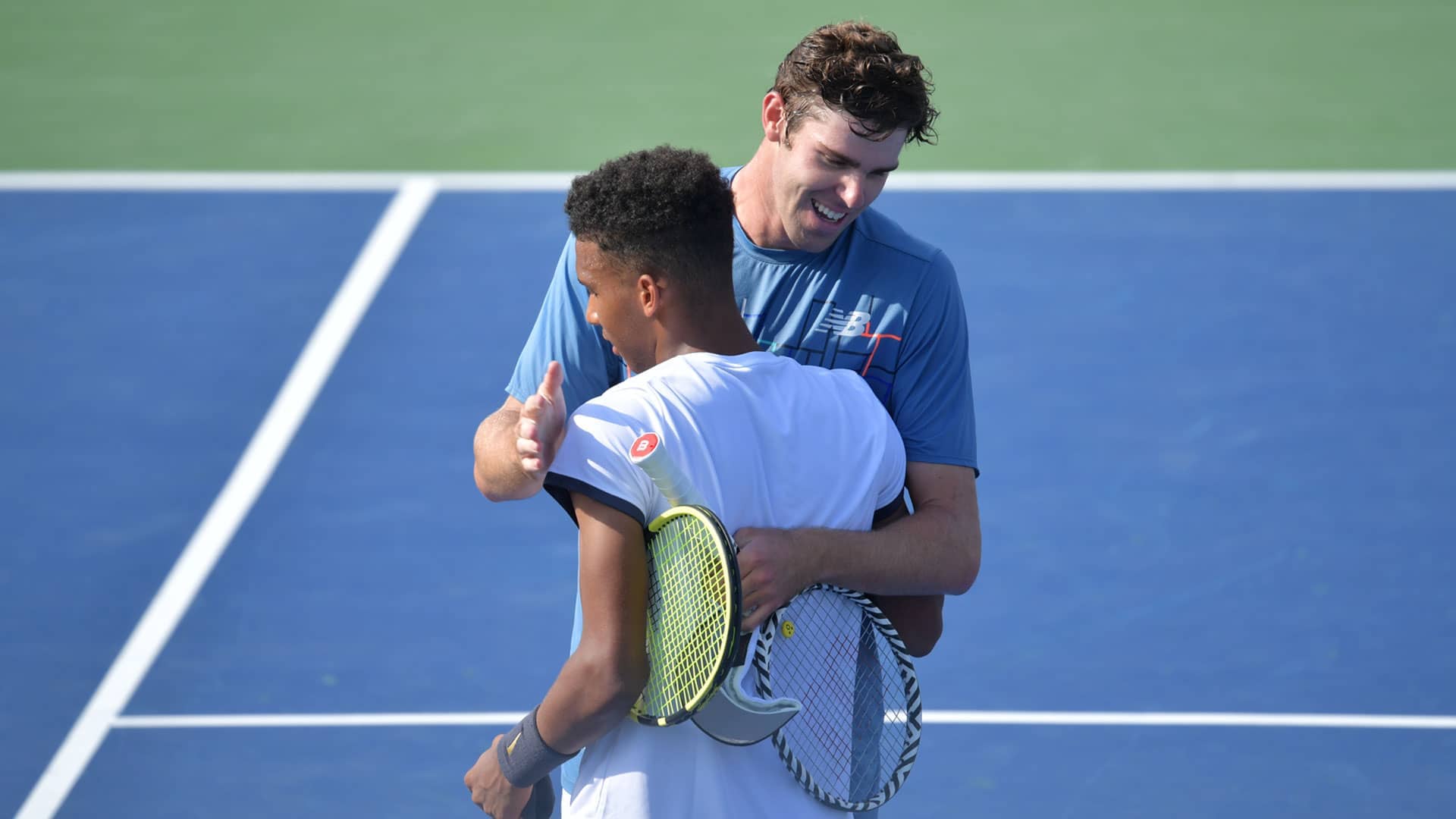 “He was serving unbelievable. I even moved my position. I was trying to mix up the positions. Every time I was getting aced at the same spot. It was just so frustrating. How did he manage to ace me on that same line again every time?” Auger-Aliassime said. “Again, I had to deal with it. I was able to come back well in the third set. [There are] frustrating moments in a tennis match, but that’s how it is.”

The 18-year-old Canadian will next meet sixth seed Marin Cilic, who’s looking to make his second quarter-final of the season (Madrid, w/o to Djokovic).

You May Also Like: Thiem Takes All-Austrian Battle In Kitzbuhel

“I had to save a bunch of break points,” said Isner, who saved all six in his first two service games. “At a certain point in the match, I started to play really well. Probably 3-all in the first set, I started to pick it up. I was, in my opinion, fortunate to even be at 3-all, so I’m happy with the win.”

Thirteen of Isner’s 15 ATP Tour titles have come on American soil, and 10 on hard courts. He also leads the draw in Washington victories, with a 25-10 record. Isner, however, has never won the Citi Open, finishing runner-up in 2007, 2013 and 2015. He will next meet Frenchman Benoit Paire or Aussie Marc Polmans.

#NextGenATP Serbian Miomir Kecmanovic collected his 16th victory of the season with a 3-6, 6-4, 7-6(5) win against 15th seed Pierre-Hugues Herbert of France. The 19-year-old will face Slovakian lucky loser Norbert Gombos, who took fourth seed Kevin Anderson’s place in the draw on Wednesday (right knee) and then beat France’s Adrian Mannarino 6-4, 7-6(9), saving two set points in the tie-break, at 6/7 and 8/9.