Roger Federer/Alexander Zverev doubled their pleasure on Friday at the Laver Cup in Geneva, saving six set points in a 6-3, 7-5 victory over Denis Shapovalov/Jack Sock to give Team Europe a 3-1 lead over Team World after Day 1.

“It was a great atmosphere. There’s nothing like playing at home. Sascha carried me in the second set and it was great fun out there,” Federer said. “My back has recovered (since the US Open) and I’m ready to go for more tomorrow.”

Federer improved to 6-2 in Laver Cup play and Zverev is now 5-1. Sock dropped to 6-4 and Shapovalov seeks his first win at this event (0-3).

“I had two great coaches, one on the court and one (Rafael Nadal) on the sidelines,” Zverev said. “I could just shut off my brain and do whatever they told me to do.”

You May Also Like: Federer: Nadal Is Pumped For Laver Cup

Federer/Zverev delighted the crowd at Palexpo by breaking Shapovalov for a 3-1 lead in the opening set and rode that momentum to an early advantage. A strong return from Zverev led to an immediate break of Sock’s serve in the opening game of the second set.

Shapovalov/Sock struggled on break points and missed their first nine opportunities, but Shapovalov made good on their 10th chance by ripping a backhand return to break Federer and level the set at 4-4. But with Zverev serving at 4-5, the Canadian-American pair were unable to convert on six set points.

A costly double fault from Shapovalov at 5-5 handed a critical break to Federer/Zverev. The Swiss took advantage of the opportunity and served out the match after 97 minutes, marking the longest doubles match in Laver Cup history. 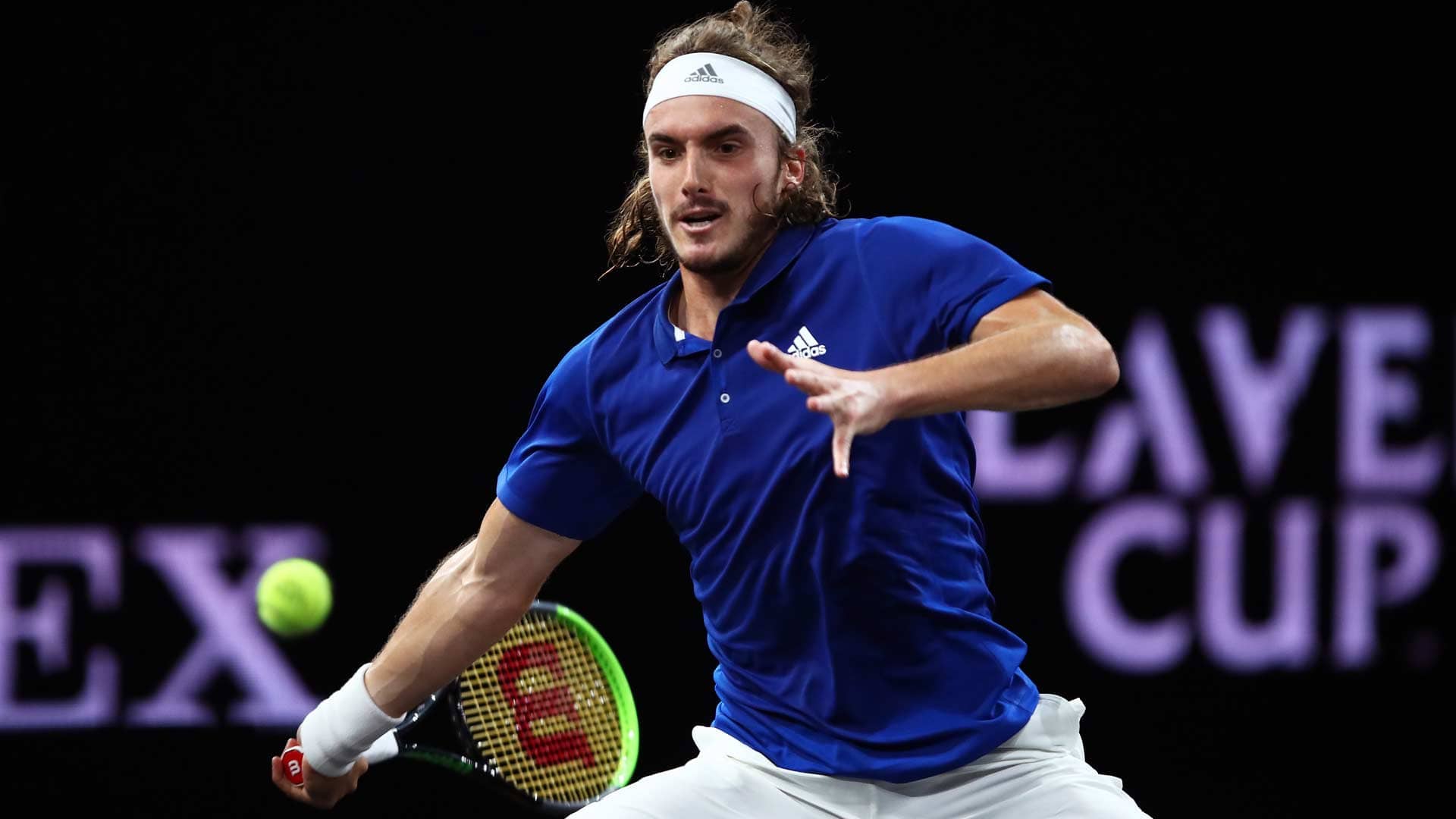 In the first match of the night session, #NextGenATP Greek Stefanos Tsitsipas made his Laver Cup debut a memorable one by overcoming an equipment malfunction and a determined Taylor Fritz to prevail 6-2, 1-6, 10-7. Tsitsipas’ shoelace broke at 2/2 in the Match Tie-break, but the 21-year-old made the surprising decision to continue playing.

”I didn’t want to stop the match. That was quite tough because I was scared I was going to lose my shoe during the point,” Tsitsipas said in his on-court interview. “The momentum changed in the tie-break. I found my rhythm again and had a clear mind on the court.”

Tsitsipas raced to a 5/2 lead in the Match Tie-break, but Fritz responded with a series of aggressive forehand runs to go on a four-point run. The American hit his first double fault of the match at 7/7 and Tsitsipas, No. 7 in the ATP Rankings, fired two big serves to give Team Europe a 2-1 lead.

The day session saw Dominic Thiem save three match points to defeat Denis Shapovalov and give Team Europe their first point, but Jack Sock responded for Team World by beating Fabio Fognini for his first singles win of the season.