Daniel Evans and John Peers beat the rain on Monday at the National Bank Open Presented by Rogers to down Jamie Murray and Bruno Soares 4-6, 6-3, 10-5.

The British-Australian team completed their comeback with a dominant performance in the Match Tie-break, capitalising on a 4/0 lead to close out the victory. After dropping serve three times in the opening set, the pair claimed the lone break of the second as they turned the match around.

Evans/Peers will next face fifth seeds Nikola Mektic and Mate Pavic or the French team of Nicolas Mahut and Edouard Roger-Vasselin. 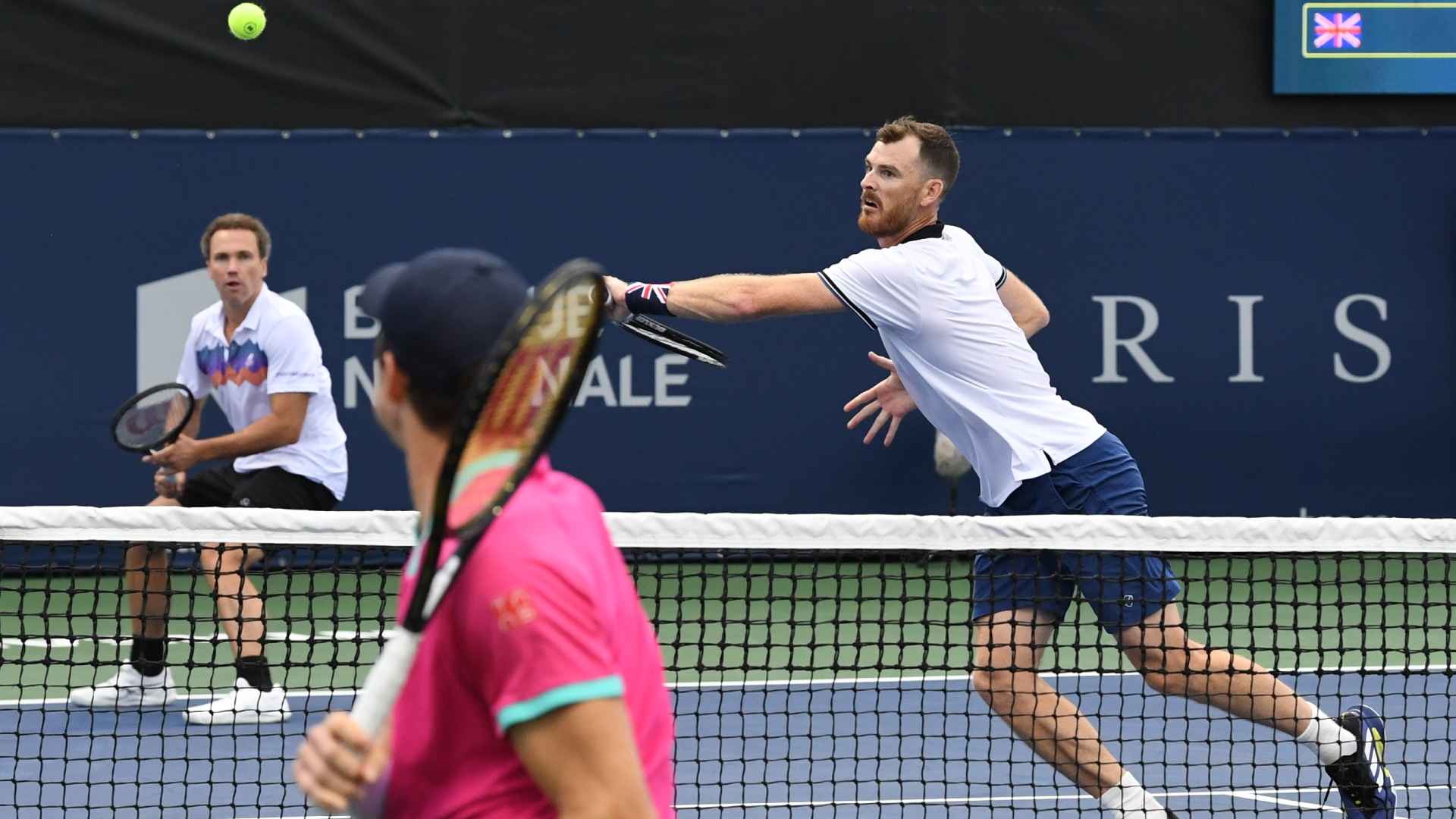 In the only other doubles match to be completed on Monday, Poland’s Hubert Hurkacz and Jan Zielinski scored an upset win against sixth seeds Tim Puetz and Michael Venus.

In a 6-3, 7-6(4) victory, the unseeded pairing dominated the opening set then recovered a mid-set break in the second before taking the final three points of the tie-break from 4/4. The Polish duo converted three of six break chances, including two as they opened up a 5-1 lead in the first set.

They will next face either Karen Khachanov and Denis Shapovalov or Rohan Bopanna and Matwe Middelkoop, with their matchup set for Tuesday.

Two other opening-round doubles matches are scheduled for Day 2 in Montreal, including Wimbledon champions Matthew Ebden and Max Purcell taking on Grigor Dimitrov and Andrey Rublev.