Novak Djokovic made history on Sunday in Melbourne, extending his record to eight Australian Open titles and earning his way back to the No. 1 spot in the FedEx ATP Rankings with a five-set victory against Dominic Thiem. But in his on-court speech after his victory, the Serbian put his big win in perspective.

“There were some devastating things that started 2020 with huge bushfires here in Australia, conflicts in some parts of the world, people dying every day,” Djokovic said. “Obviously one person that I considered close in my life and was a mentor to me, Kobe Bryant, passed away as well with his daughter. I would just like to say that this is a reminder to all of us that we should stick together more than ever.

“Be with our families, stay close with the people that love you, that care about you. Of course we are part of a professional sport, we compete and we try our best but obviously there are more important things in life and it’s important to be conscious and humble about things that are happening around you.”

Bryant, a basketball superstar, passed away along with eight others in a helicopter crash in California on 26 January. On 25 January, Djokovic spoke to ESPN about the impact Bryant had on his life. The former NBA star advised the 17-time Grand Slam champion through some of his toughest moments in recent years. 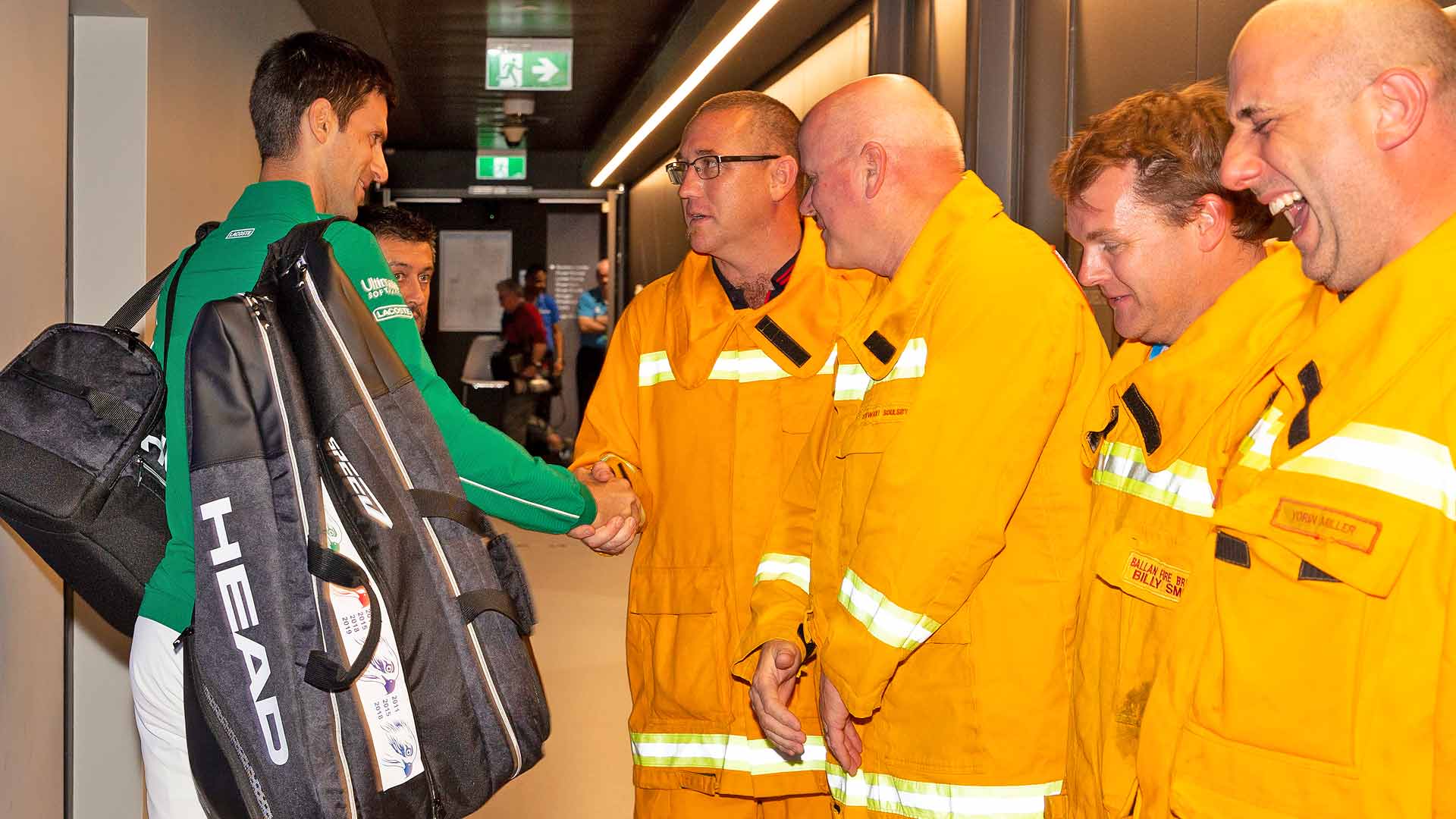 Djokovic, who during the ATP Cup tweeted that he would donate $25,000 to aid bushfire relief, also was one of the players to participate in the Rally for Relief held on Rod Laver Arena before the start of the Australian Open. That event raised nearly AUD $5 million for the Victorian Bushfire Appeal.

Thiem was understandably disappointed to not lift his first Grand Slam trophy. But the Austrian put his defeat in perspective.

“I think we all saw before the tournament, also during, that what we are doing is by far, there are way more important things in life,” Thiem said on court during his own speech. “It’s very tough what this beautiful country has been through, is still going through, so I think that the Australian Open [was] a great distraction, but I still hope that Australia, it’s so beautiful, so amazing. All the people who were affected, the wildlife, the animals who were affected, that they are recovering very soon and that a disaster like this is never happening again.”