Dimitrov & Team Bulgaria: 'We're Going To Try To Take It All In'

Dimitrov & Team Bulgaria: ‘We’re Going To Try To Take It All In’

Bulgaria will compete in Group C in Sydney

Team Bulgaria’s No. 1 player and captain Grigor Dimitrov, who made the Sydney final in 2016, visited Sydney Harbour Bridge on Monday evening, posting pictures on social media. “I love that city,” he wrote in an Instagram story post.

The 28-year-old was still blown away by the setting when he arrived at the North Sydney Pool — which is right under the bridge — on Tuesday afternoon with the rest of his team: Dimitar Kuzmanov, Alexandar Lazarov, Alexander Donski and Adrian Andreev.

“We’re just having a day off today and we’re going to try to take it all in, enjoy it and welcome 2020,” Dimitrov said. 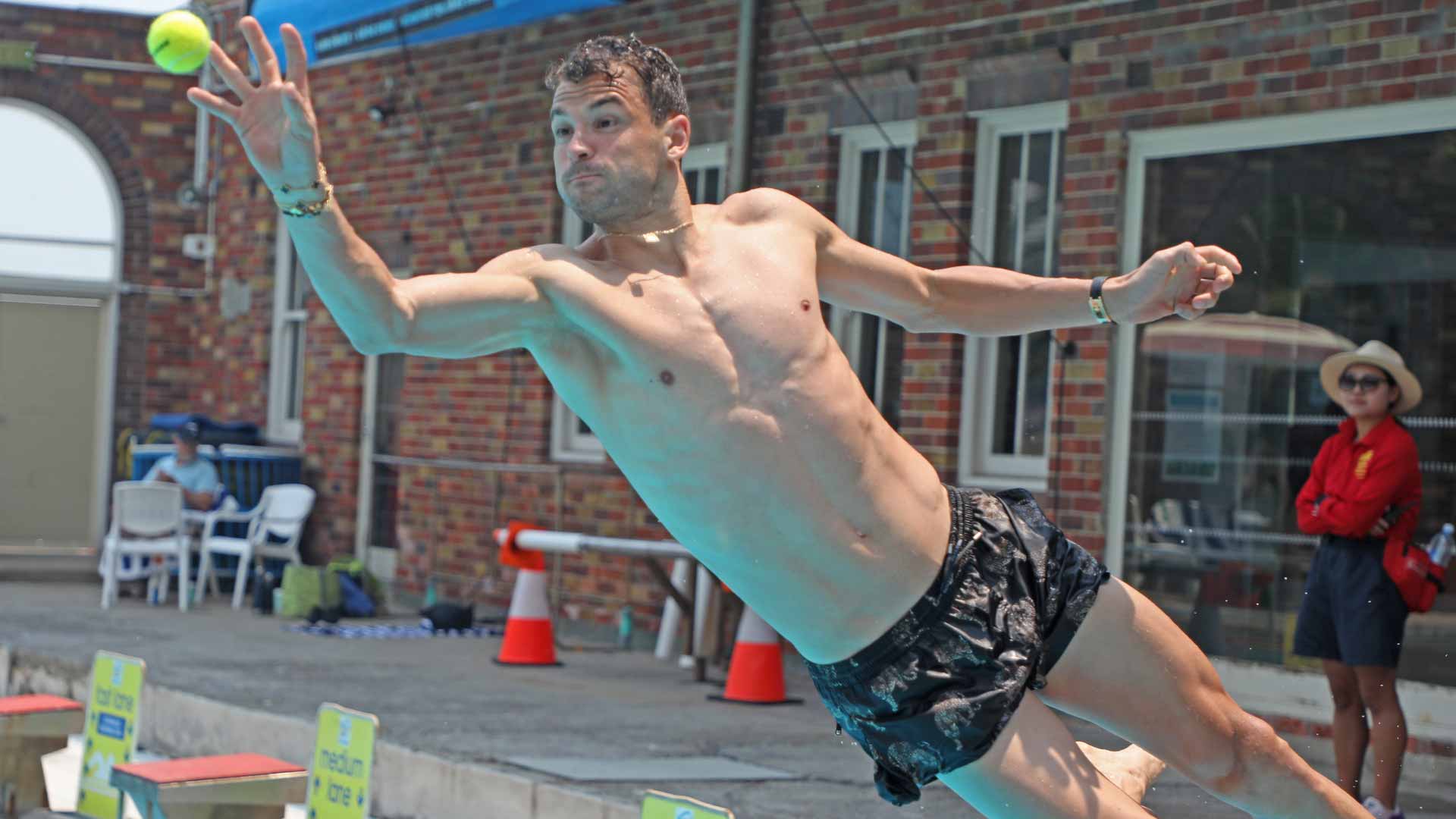 The Bulgarians had plenty of fun, practising various jumps into the pool and going for a swim. The ATP Cup is a unique opportunity for some of the team’s players who have not previously been to Sydney to not only compete in an inaugural 24-team event with the best players in the world, but to enjoy a memorable experience, too.

“I cannot hide that I’m super-excited. It’s the very first time here for me in Sydney and Australia as well,” Kuzmanov said. “It’s not a bad start of the year at all. Perfect weather. New continent, new country, great mood and also perfect organisation and great team spirit.”

Andreev is the youngest player on Team Bulgaria, and he too has never been to Sydney, only competing in the Australian Open juniors. And not only is he excited for the ATP Cup, but also to spend quality time with the best players from his country and continue building their relationships.

“It’s awesome to be here. It’s going to be a really good challenge and it’s going to be great to see the competition and just enjoy playing or watching the matches and just support my country,” Andreev said. “It will be really awesome.”

Fireworks will line the skies over Sydney as the clock strikes midnight marking 1 January, but Team Bulgaria will look to create more fireworks as the competition begins, attempting to advance through Group C to reach the Final Eight.

Team Bulgaria’s first match will be on Friday against Team Great Britain at 5:30pm local time.