American will next play countryman Korda

Frances Tiafoe cherishes competing on the biggest stages. The American proved it again on Monday evening in Cincinnati.

Tiafoe battled past Italian star Matteo Berrettini 7-6(3), 4-6, 7-6(5) to reach the second round of the Western & Southern Open. The 24-year-old levelled his ATP Head2Head series with the two-time Nitto ATP Finals competitor at 1-1.

“People don’t understand, obviously results haven’t really shown how well I’ve been playing. I’ve been playing some great tennis, honestly,” Tiafoe said in his on-court interview. “I really just needed this. I know it’s a first-round match…. But everyone knew why I needed this against a quality player, so it was big.

“I know I’ve beaten a lot of these guys, but it hasn’t happened of late. So it’s one of those things where you’ve got to get over the hump. But I’m happy I get another chance to play again.” 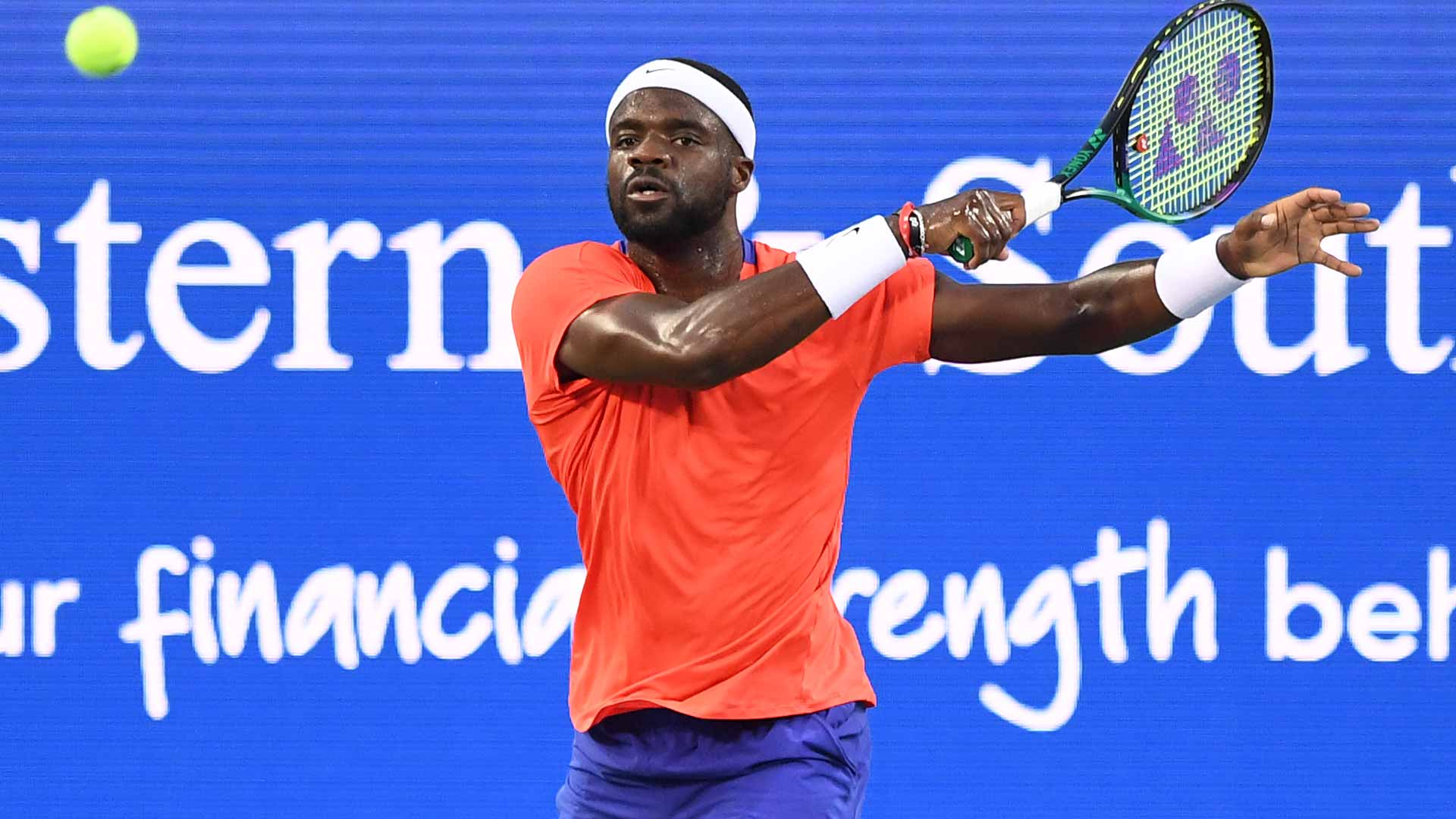 Photo Credit: Mike Lawrence/ATP Tour
It was not the first time during the North American hard-court swing that Tiafoe was in a tight match against a big-hitting star. In Washington, he earned five match points against Nick Kyrgios, but fell short.

It seemed like déjà vû under the lights at the Lindner Family Tennis Center when he let slip three match points. This time, however, Tiafoe finished the job after two hours and 52 minutes.

Berrettini was clutch throughout the evening, saving all eight break points he faced. At 5-6 in the third set, the Italian faced match point on his serve. A ball that bounced high off the top of the net allowed the World No. 15 to rush forward and pummel a forehand. The problem for him was that Tiafoe guessed the correct direction and laced a backhand passing shot crosscourt.

Tiafoe, his coach, Wayne Ferreira, and the Cincinnati crowd thought the American had made it to end the match, but a replay showed the ball was just out. It was so close, that Ferreira had begun to stand from his chair to celebrate.

Instead of letting that moment affect him, Tiafoe went straight back to work and played a solid tie-break to move on.

The fans urged on Tiafoe throughout the evening, and the American was quick to encourage them. After hitting a curling forehand passing shot for a 5-4 lead in the third set, he waved for the crowd to get louder and help push him over the finish line.

According to the INSIGHTS: In Attack metric, Tiafoe played 26 per cent of his shots from an attacking position compared to 21 per cent for Berrettini, who is one of the most powerful players on the ATP Tour. That helped the American control the tempo of play and prevent his opponent from too frequently wielding his power. 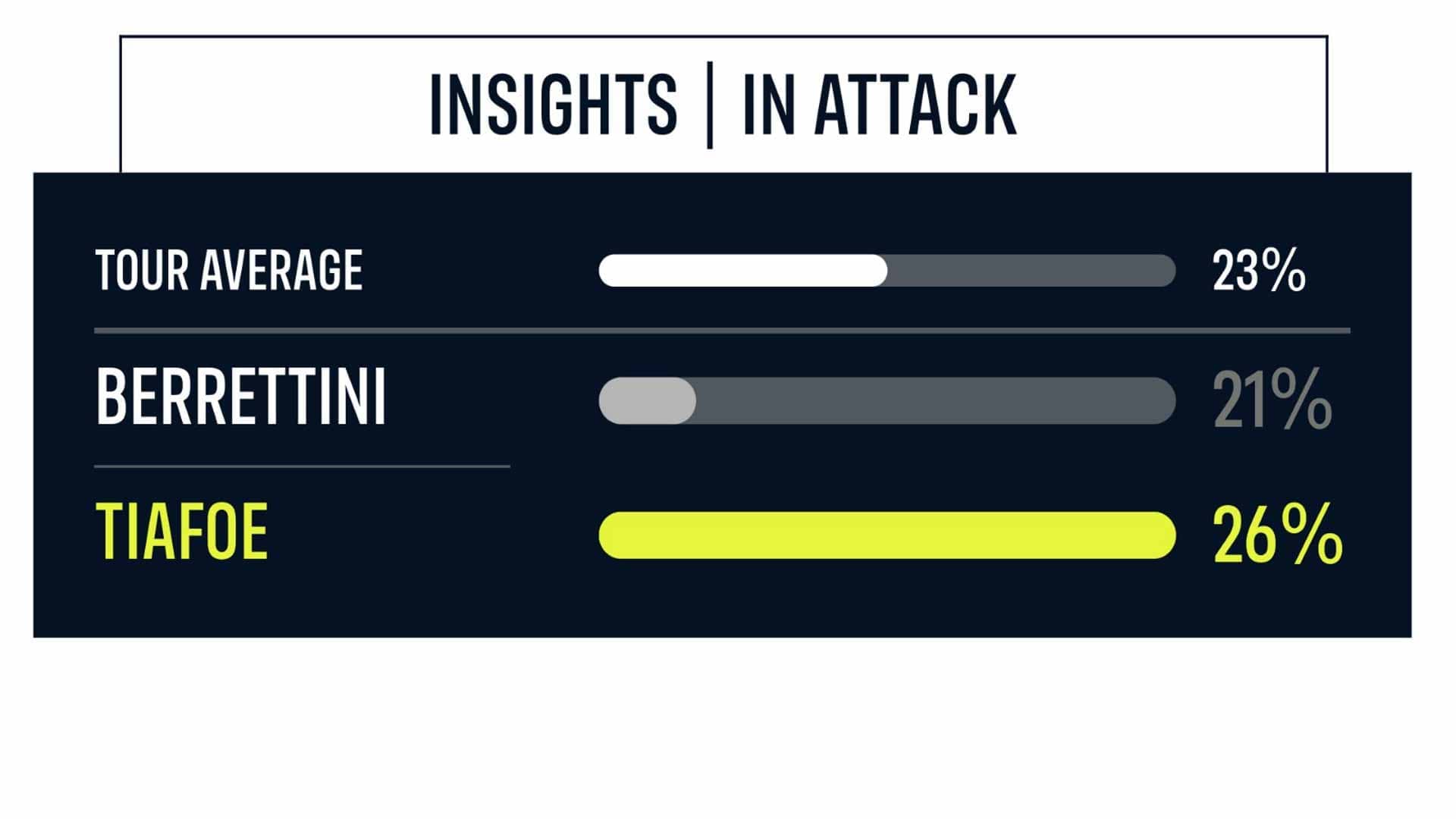 Tiafoe will next play American Sebastian Korda, who defeated Karen Khachanov 6-3, 6-4. Tiafoe leads their ATP Head2Head series 3-0, with their most recent clash coming earlier this year on clay in Estoril.