Adrian Mannarino – ‘s-Hertogenbosch [First-Time Winner Spotlight]
Adrian Mannarino reached a career-high World No. 22 in 2018, but he had lost the first six ATP Tour finals of his career. The French lefty overcame that record at the Libema Open in ’s-Hertogenbosch, defeating Jordan Thompson 7-6(7), 6-3 to finally taste a tour-level title.

“People are going to stop talking [about my finals record],” said Mannarino. “In France, we have another player, Julien Benneteau, who lost 10 finals and never won a title. Every time I was losing a [final] I was on my way to Benneteau… This is a big achievement for me. I am not pretending to be Top 10 or anything. Winning a title on the ATP Tour level is already something amazing for me, and I cannot be more thankful to all the people who helped me get to this title.” 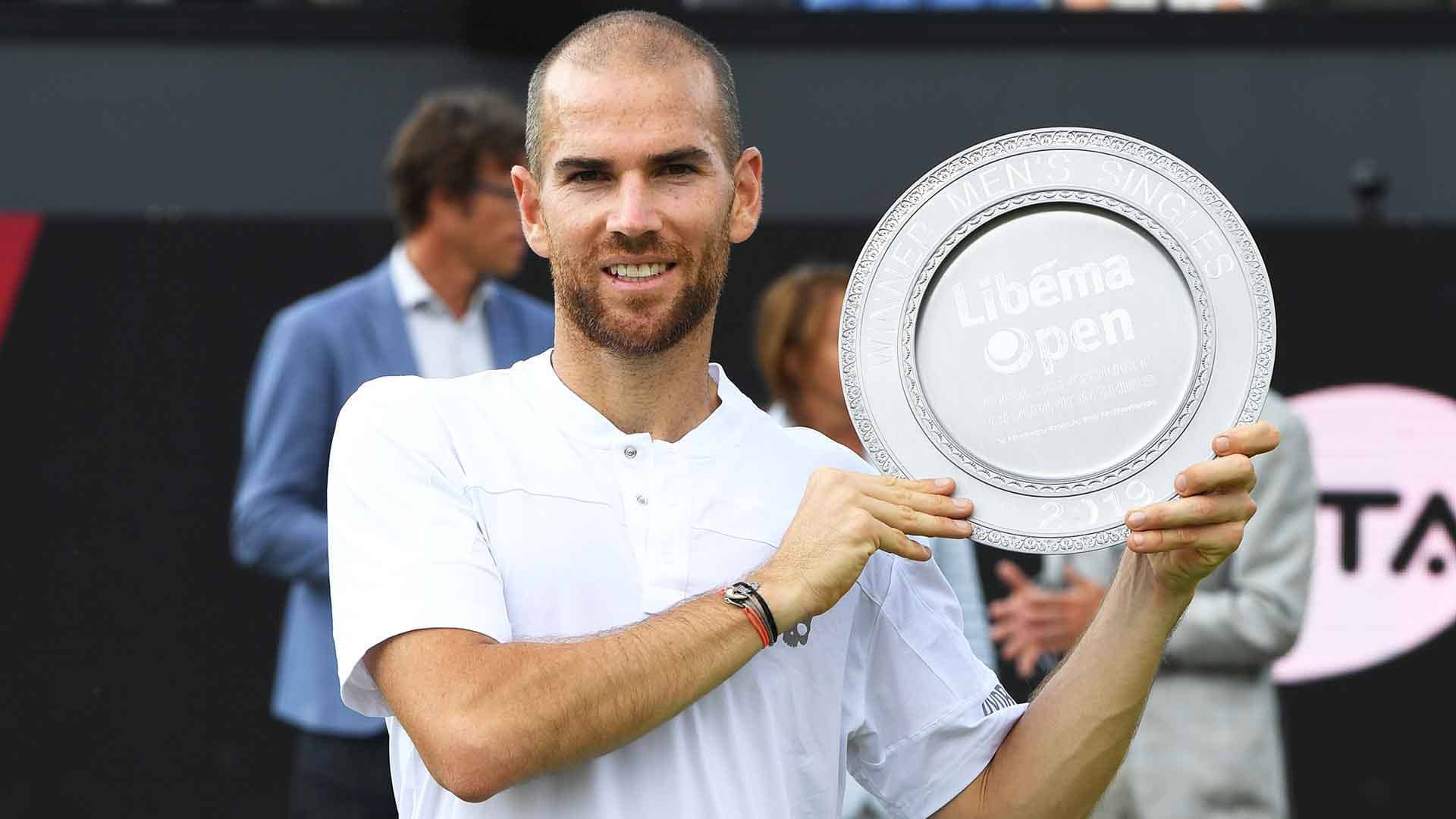 Taylor Fritz – Eastbourne [First-Time Winner Spotlight]In February 2016, at 18 years and three months, Taylor Fritz reached the Memphis final. That made him the youngest American to reach a tour-level final since then 17-year-old Michael Chang won the Wembley 1989 crown, and the first American teenager to advance to a championship match since Andy Roddick in 2002.

More than three years later, Fritz reached his second ATP Tour final at the Nature Valley International, and he would not let slip the opportunity, defeating countryman Sam Querrey 6-3, 6-4 for the trophy.

“It’s so amazing. I almost can’t even believe it. I’m still trying to take it in,” Fritz said. “I’ve wanted to win a Tour title ever since I made the final of one when I was 18. It feels like I’ve just been waiting so long. I’m so happy.”

Fritz made two more finals in 2019, finishing runner-up in Atlanta and Los Cabos. 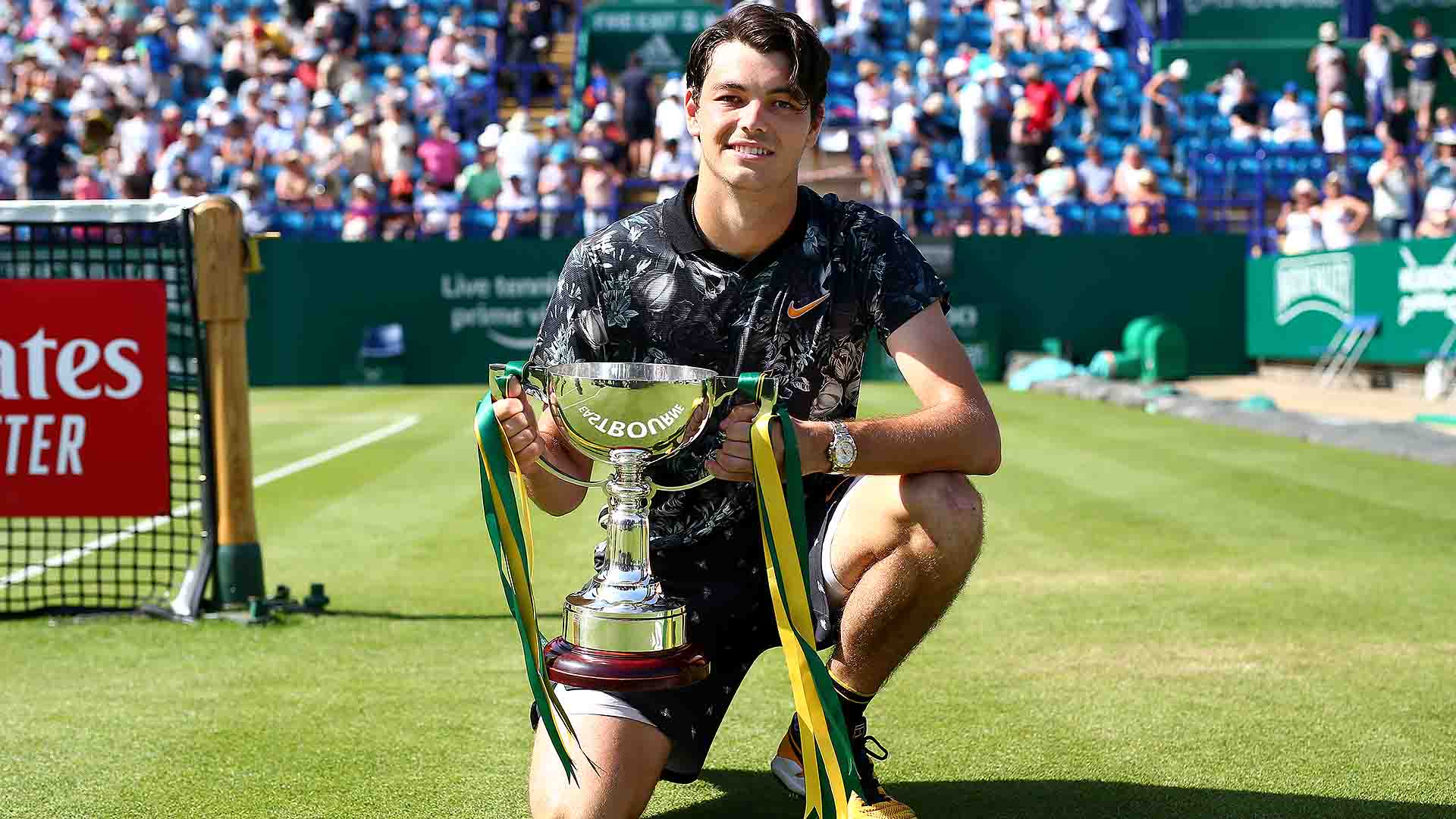 The Italian carried a six-match tour-level losing streak into the tournament, but he won three three-setters en route to the title.

“It is the first title and I am so happy for my family, for my coach, for all the people who support me,” said Sonego. “I like, so much, playing on the grass, it was fun.” 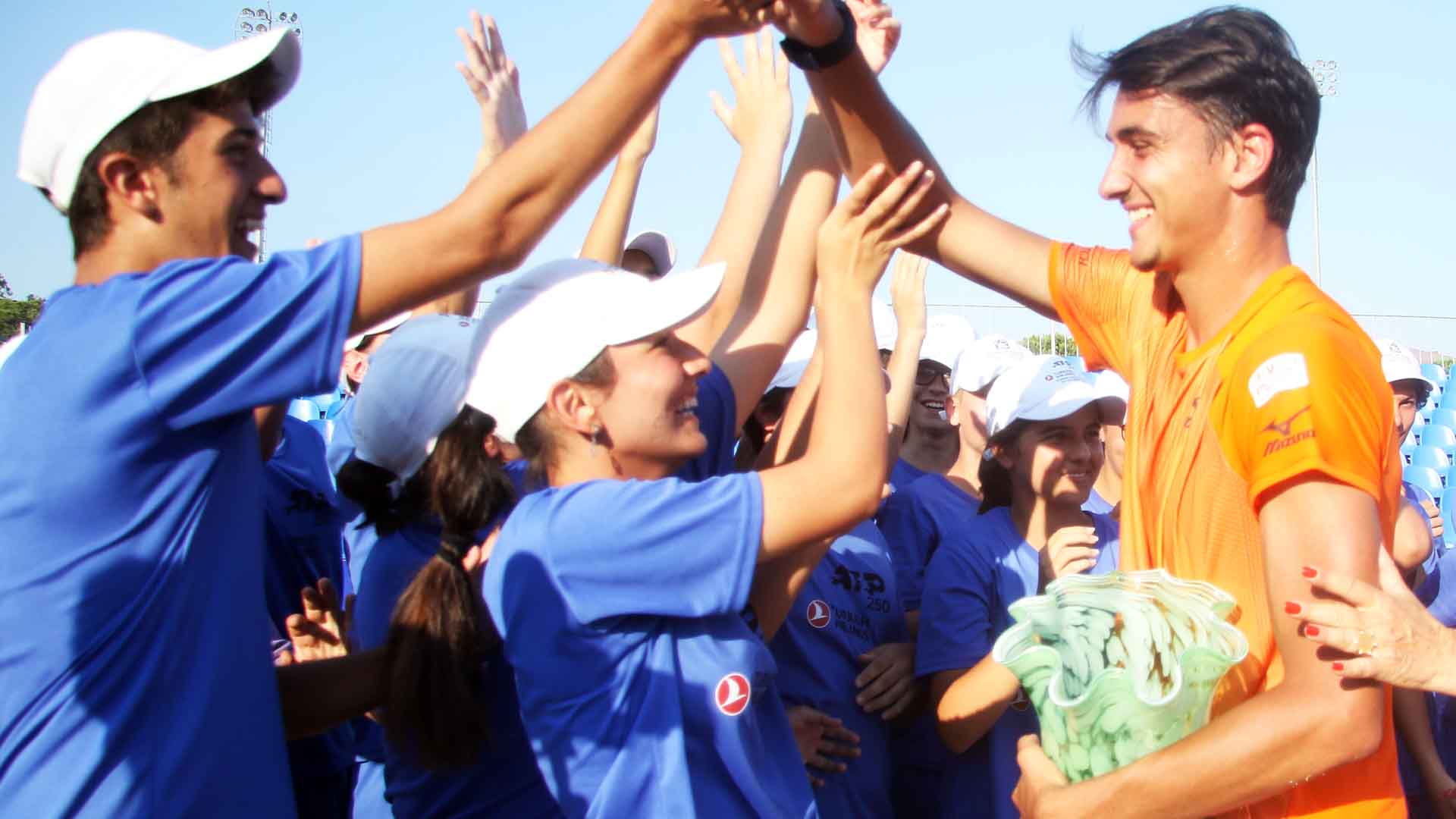 “It is amazing. I am really happy for [the title],” said Jarry. “It was a really tough match… Juan Ignacio was playing great. There was a lot of wind and I couldn’t manage to play as well as the other days, but [with] titles, you have to win them as you can and I am really happy to be able to pull this one off.”

Jarry joins his grandfather, Jaime Fillol Sr., as a tour-level titlist. Fillol Sr. lifted six tour-level trophies between 1971 and 1982, including four crowns on clay, and he reached a career-high No. 14 in the ATP Rankings in 1974. 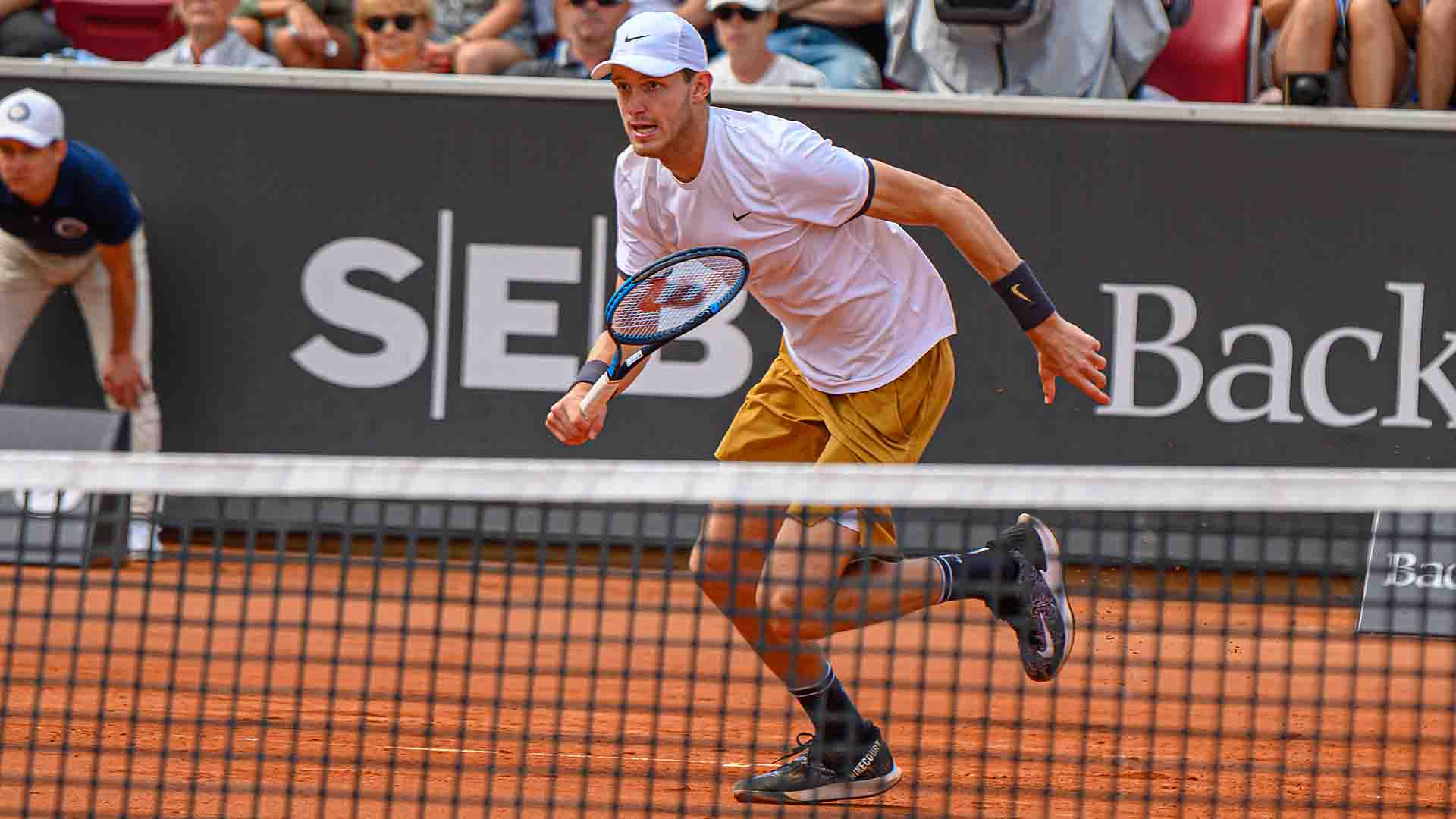 Dusan Lajovic – Umag [Match Report]
Dusan Lajovic reached his first ATP Masters 1000 final at the Rolex Monte-Carlo Masters. And although he didn’t lift the trophy, it didn’t take long for the Serbian to enter the ATP Tour winners’ circle.

Lajovic beat qualifier Attila Balazs 7-5, 7-5 to win the Plava Laguna Croatia Open Umag. “It was a match that I’ll remember for the rest of my career,” said Lajovic. “I couldn’t be happier that I won. I had to work for every point, so I’m tired now, but also relieved to have to won my first title.”

Lajovic lost only one set in the tournament, ousting big-hitting Russian Andrey Rublev in his opening match. He broke four times in the final to triumph after one hour and 51 minutes. 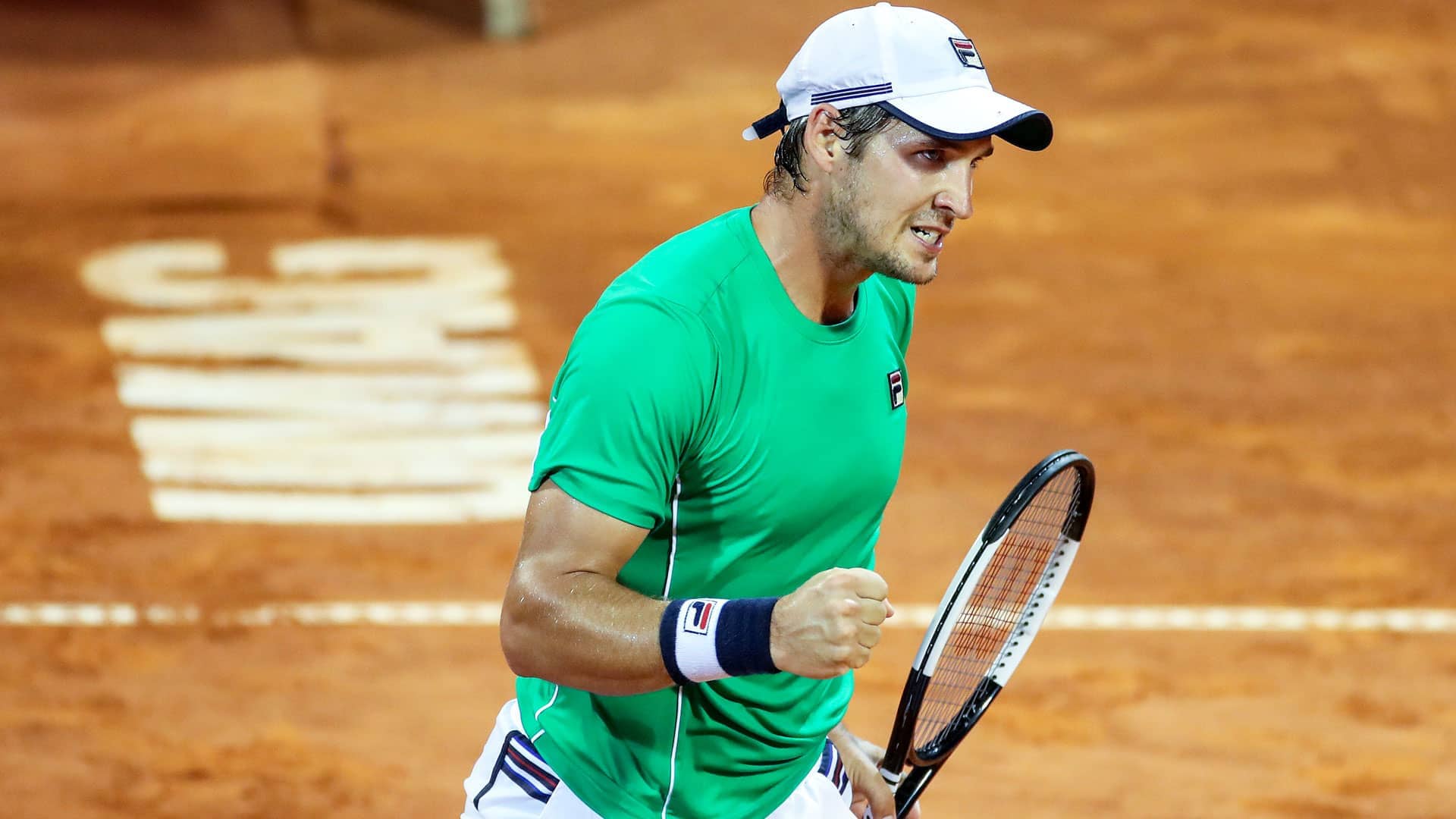 Hubert Hurkacz – Winston-Salem [First-Time Winner Spotlight]
Hubert Hurkacz entered the spotlight in 2018 when he qualified for the Next Gen ATP Finals. The Pole did not let slip his momentum in 2019, winning his first ATP Tour title at the Winston-Salem Open with a 6-3, 3-6, 6-3 triumph against Benoit Paire.

Hurkacz became the first Pole to capture a tour-level crown since Wojtek Fibak’s WCT Chicago victory in 1982. Hurkacz needed three sets three times during the week, and he also defeated Denis Shapovalov in straight sets in the semi-finals.

“I am so glad that I have been able to win an ATP Tour event,” said Hurkacz. “I hope many more guys will join me soon and that I will win some more. It means a lot to me and I am glad that I won this tournament here.” 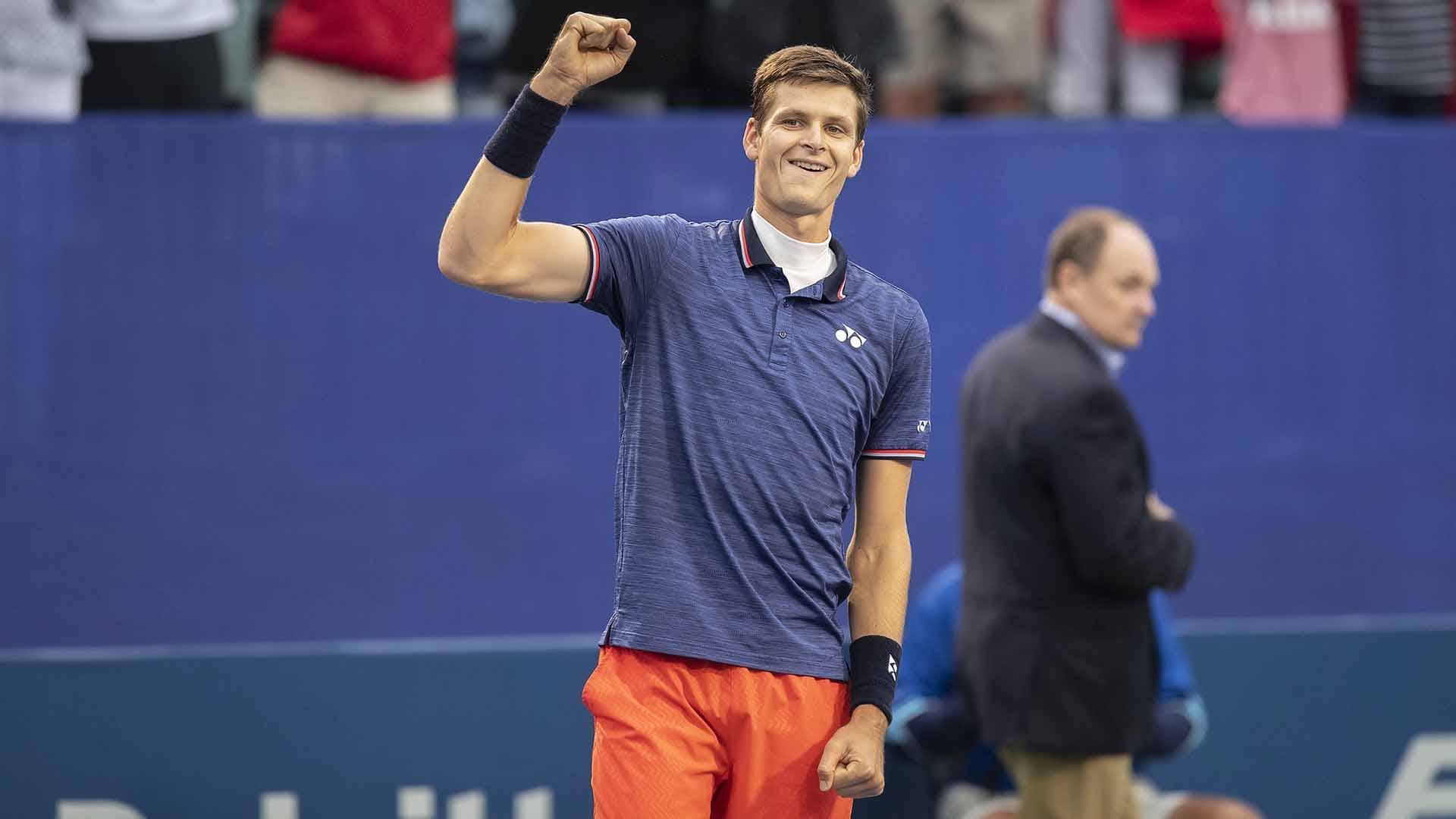 Denis Shapovalov – Stockholm [First-Time Winner Spotlight]Shapovalov reached his eighth tour-level semi-final at the Stockholm Open. The Canadian had been winless in his first seven semi-finals.

But Shapovalov would not be denied in Sweden, ousting Yuichi Sugita in the last four and then Filip Krajinovic in the final to lift his maiden ATP Tour trophy. The lefty saved the only break point he faced to beat the Serbian 6-4, 6-4 in the championship match.

“I am definitely super happy and just really proud,” said Shapovalov. “Me and my team have worked really hard to get into this position of lifting a title, so I am really proud of myself and proud of my team right now.”

Shapovalov rode the momentum to his first ATP Masters 1000 final at the Rolex Paris Masters, where he fell short against Novak Djokovic. Nevertheless, the Canadian climbed to a career-high ATP Ranking of No. 15 to finish the season. 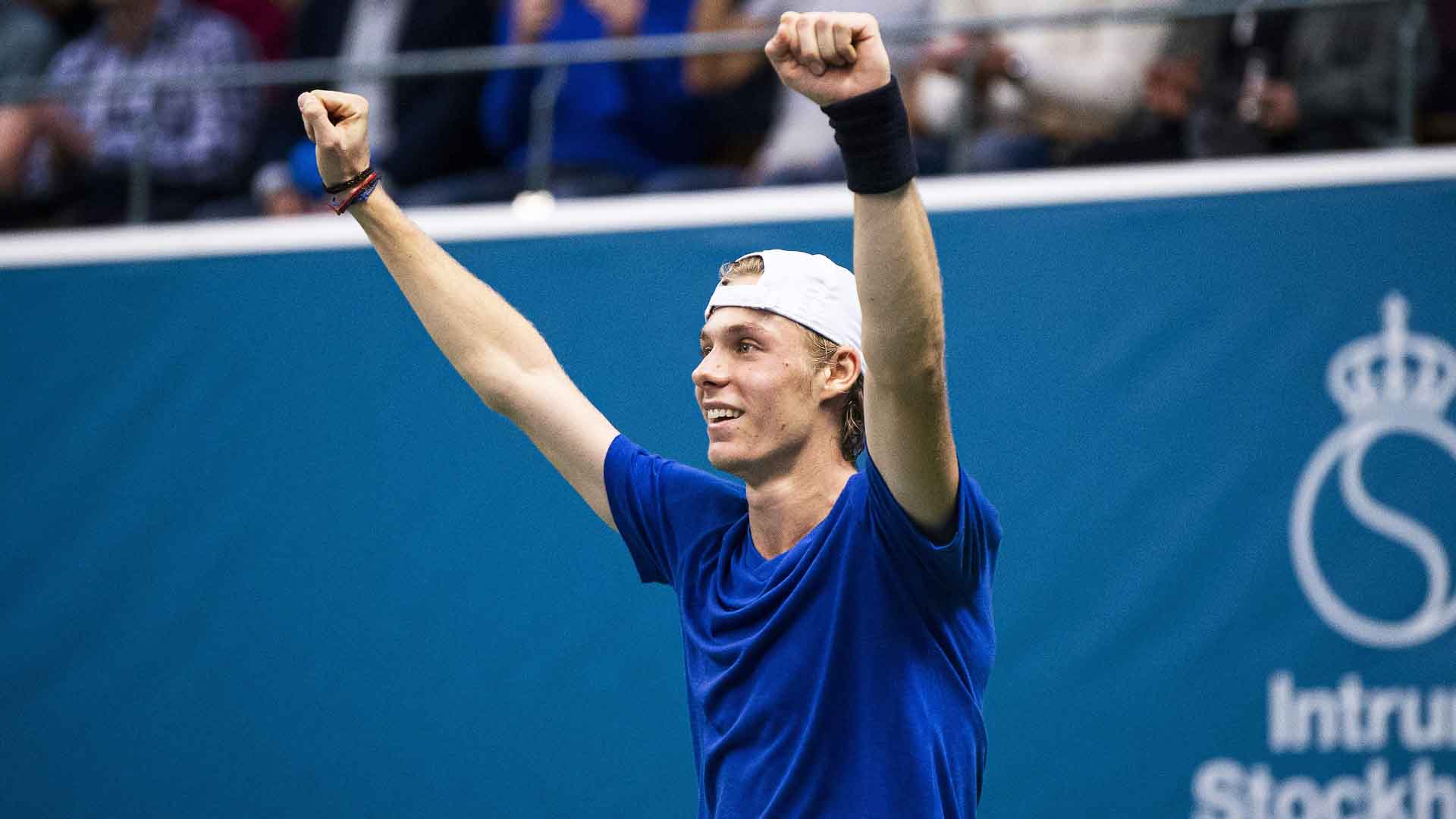