Bautista Agut: 'Tennis Has Been My Escape'

Bautista Agut: ‘Tennis Has Been My Escape’


Spaniard talks exclusively about the highs and lows of his life

It says much for the character of Roberto Bautista Agut that some of his greatest moments in recent years accompanied an inner turmoil that enveloped his family for too long. There was resilience when his mother, Ester, a manager of a clothing store in Castellón de la Plana, passed away in May 2018, shortly prior to Roland Garros, which the Spaniard contested. Then, there was another glimmer of his spirit, when he returned to national colours for the 2019 Davis Cup Finals, one day after the funeral of his father, Joaquin, who suffered an accident at home four years earlier and, subsequently, needed a great deal of care. He not only beat Canada’s Felix Auger-Aliassime in Madrid, three days after his father’s death, but his unexpected return set the tone for Spain’s sixth triumph in the international team competition.

“I felt stressed 24 hours per day for four years,” Bautista Agut told ATPTour.com. “It was very difficult. Many times, when I was by my father’s side, I found that it was difficult and stressful, and I needed to stay away for a while. I’d seen my father in intensive care for six months and a further five months at the Institut Guttmann in Barcelona, witnessing tetraplegic babies and 15-year-old kids, who were in motorbike accidents, and were in the same situation as my father. But, whenever I left home to go to tournaments, I felt that my father needed me. Both of us wanted to support each other, it was a reciprocal feeling. I was fortunate to be able to say goodbye in the last minutes of my father’s life.”

The emotional finale, in November last year, capped the best season of his career, that included six of his friends flying from his pre-planned stag-do — booked six months earlier — in Ibiza to sit on Centre Court and watch him play in the semi-finals of The Championships. Bautista Agut may be straight-faced on the court, belying emotion, but you know it’s there in his mind, accompanied by occasional fist pumps and screams of ‘¡Vamos!’. To beat him, as Novak Djokovic did in the Wimbledon semi-finals, is often a grind: a quest of patience and determination, as his demeanour is so controlled that there’s little chance an opponent can get a mental edge. His strokes are compact, so little can go wrong.

“I’ve been through very difficult times, it’s been a really tough experience,” says Bautista Agut, who has maintained his place in the Top 20 of the FedEx ATP Rankings for much of the past four years. “They have taught me a lot about life. Tennis helped me to have a free mind, as I was very focused on my job as much as I could, so to not be thinking all the time about the problems I had back home. Tennis has been my escape, my help to deal with everything that happened in the best possible way.” 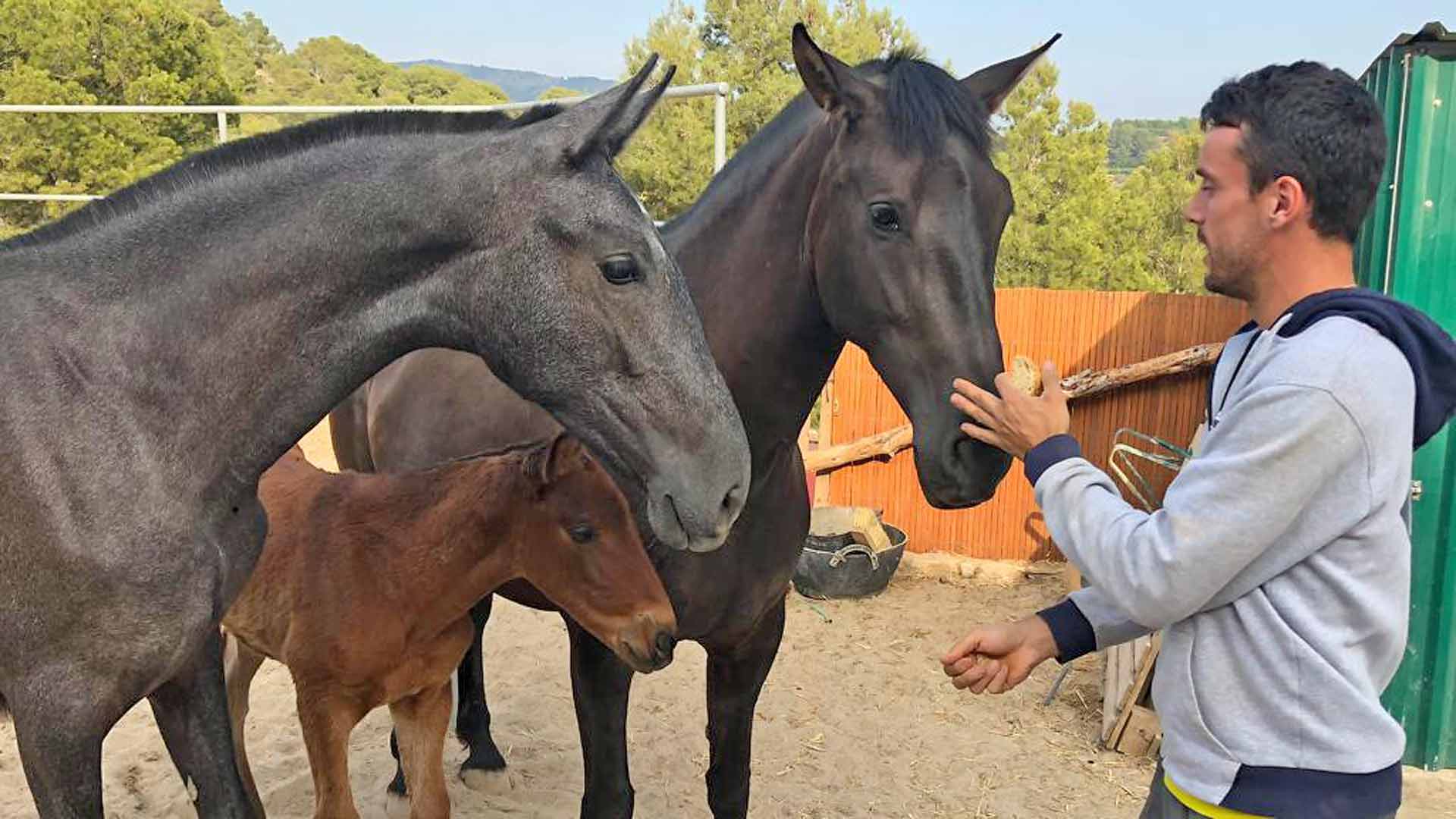 Ana, whom he married five months ago, his dogs and horses have all provided the softly spoken Bautista Agut much-needed support to recovery. “Ana has helped me a lot,” says the 31-year-old. “Right after starting our relationship my dad had his accident. Ana has always been by my side and supported me. She gave me a bigger perspective and our wedding day was incredible. I’d never imagined how a wedding could be; but being together with all the people we love made it very special. It was an unforgettable moment and one of the best parties of my life.

“We have some animals: dogs, horses and all live together… We love them. Maybe I love them more, but Ana has to accept it! We live in calm, together at home. I have been traveling for a long time [Bautista Agut turned pro in 2005] and I’ve spent a lot of time in hotels, so when I’m at home I relax.”

In the space of 10 days in November 2019, when Bautista Agut rose to a career-high World No. 9, he experienced the very best and lowest moments of his life: the passing of his father, helping Spain capture the Davis Cup and, six days later, his wedding to Ana. For all of the Spaniard’s steely on-court resilience, those three chapters provided an intimate snapshot of a player who is held in very high esteem on the ATP Tour.

The highlight this year has been Bautista Agut going 6-0 at the inaugural ATP Cup and helping his beloved country reach the final (l. to Team Serbia). And for all of his nine ATP Tour titles, with a high-point being the ATP 500-level Dubai Duty Free Tennis Championships in March 2018, and his 11 victories over Top 10 opponents, what he needs now is an element of good fortune.

Having served as an alternate at last year’s Nitto ATP Finals, Bautista Agut has his sights set on competing at the season finale, the 50-year anniversary this year at The O2 in London, or, once the tournament moves to Turin in 2021. “It is one of the goals I would like to achieve before retiring,” he says. “I know how difficult it is, I know that I have been very close some seasons. It’s not something I’m obsessed about, but it remains a goal I’d like to achieve some day. 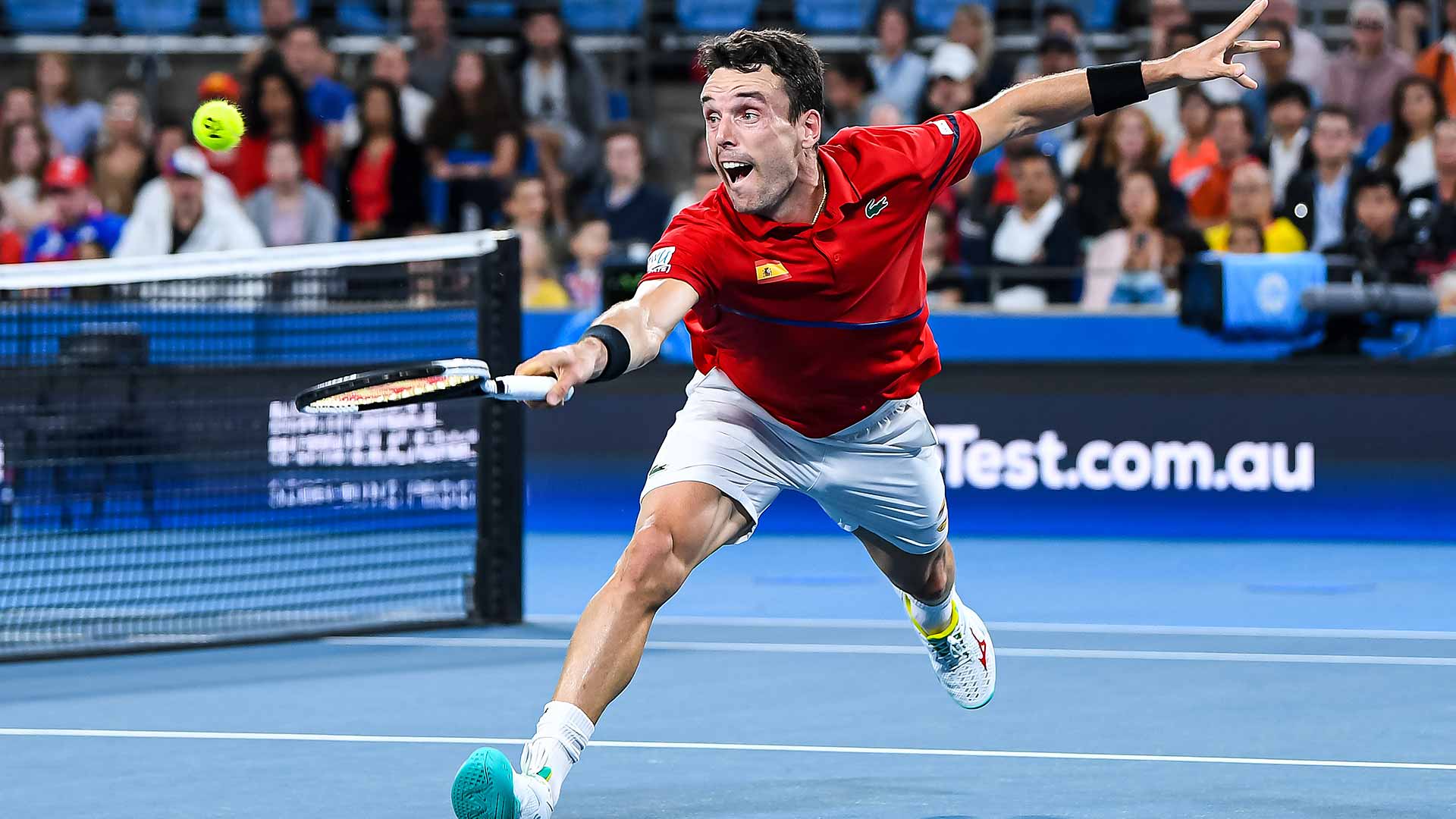 “What keeps me motivated is my competitiveness. I’m very competitive both as an athlete and person. I’m always trying to improve and win, adding minor details to my game, because it’s a feeling I love. I’m also aware of my main strengths and the foundations of my game, one should never lose them. I fought all my life to play in a Davis Cup final, so to return after a few days away and have the support of [captain] Sergi Bruguera and the whole team, made my decision easy. I work a lot at home, I keep a very healthy lifestyle. I give my all for the sport, working hard and keeping healthy to compete at a very high level and live the best moments of my career.”

Few would begrudge ‘RBA’ anything.