Zhang Zhizhen is used to being away from home for months at a time as he continues his climb up the FedEx ATP Rankings. But for China’s top-ranked player, his globetrotting schedule at the start of the year was fueled in part by not being able to return home.

But three months later, Zhang is now back in Shanghai and training with other top players from China. Although there are still some restrictions in place, many of them are beginning to be lifted and normalcy is returning to daily life.

“I went to the zoo, but you have to book ahead because they’re controlling the number of people [who enter],” Zhang told ATPTour.com. “The situation has improved a lot in the past month, but people are still wearing a mask when they go outside. When you go out to a restaurant or somewhere like this, you have to show a [digital QR] code that shows you’re healthy and then they check your temperature.

“Right now, it’s pretty safe. We can practise all day because it’s only the other players from the federation here. We can run some laps around the club as well. We don’t know when the Tour can restart, so we try to keep it interesting and vary the training, play points and not just drill at the baseline all day.” 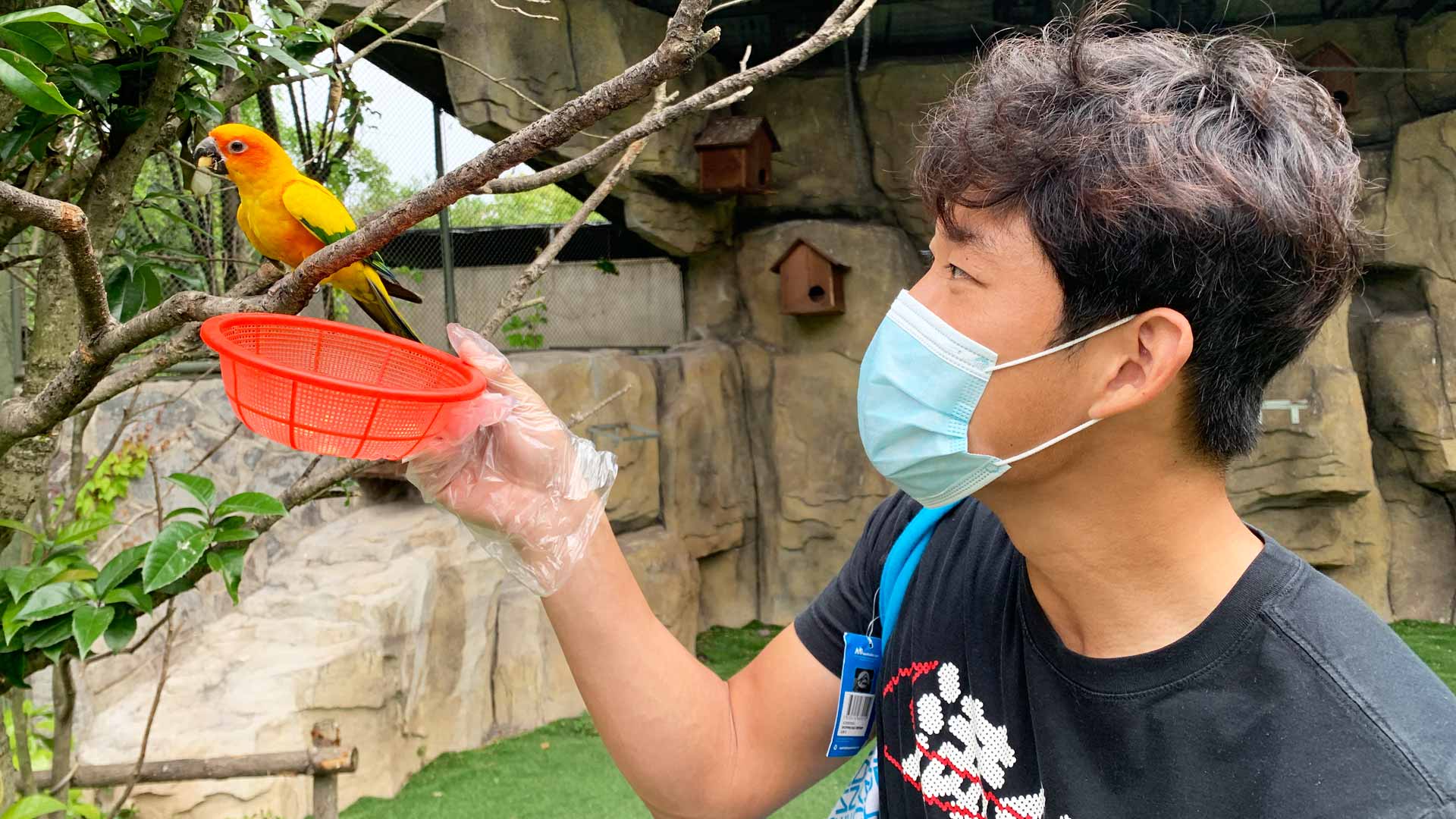 Being healthy isn’t something that Zhang is taking for granted after a frightening on-court episode this February while competing in Dubai. A fluke accident saw him frame a service return and the ball ricocheted into his right eye. Zhang went directly to the hospital and laid low for a week afterwards, but his vision in the eye is nearly back to normal now.

“I was really scared because I couldn’t see anything after being hit. It was completely black. I thought that maybe I’d be blind,” Zhang said, laughing softly. “Now my eyes are getting better. It’s not 100 per cent, but maybe 90 per cent. There are some small things I can’t see from far away, but it’s okay.”

Players typically return to their home base when competing isn’t an option, but this initially wasn’t possible for Zhang after his Dubai mishap due to the COVID-19 travel restrictions. His parents also encouraged him not to fly back, so Zhang opted to travel to Croatia for recovery and training with his coach, Luka Kutanjac, at HATK Zagreb.

“When you get injured, you want to go back home because you feel better in your home,” Zhang said. “But I knew if that I went to Croatia, I could get treatment and still see how I can practise. It was really difficult at that moment in China. Nobody could go outside of their house. It would have been very hard to go back to China and then travel to Europe again, so I just told myself that I couldn’t go back.”

When action resumes on Tour, Zhang looks to continue his push towards becoming the first Chinese man to crack the Top 100. He’s already achieved the highest singles ranking among male Chinese players by reaching No. 136 in February, fueled by an impressive finish last season that saw him win two ATP Challenger Tour titles and pick up tour-level wins in Zhuhai and Beijing. 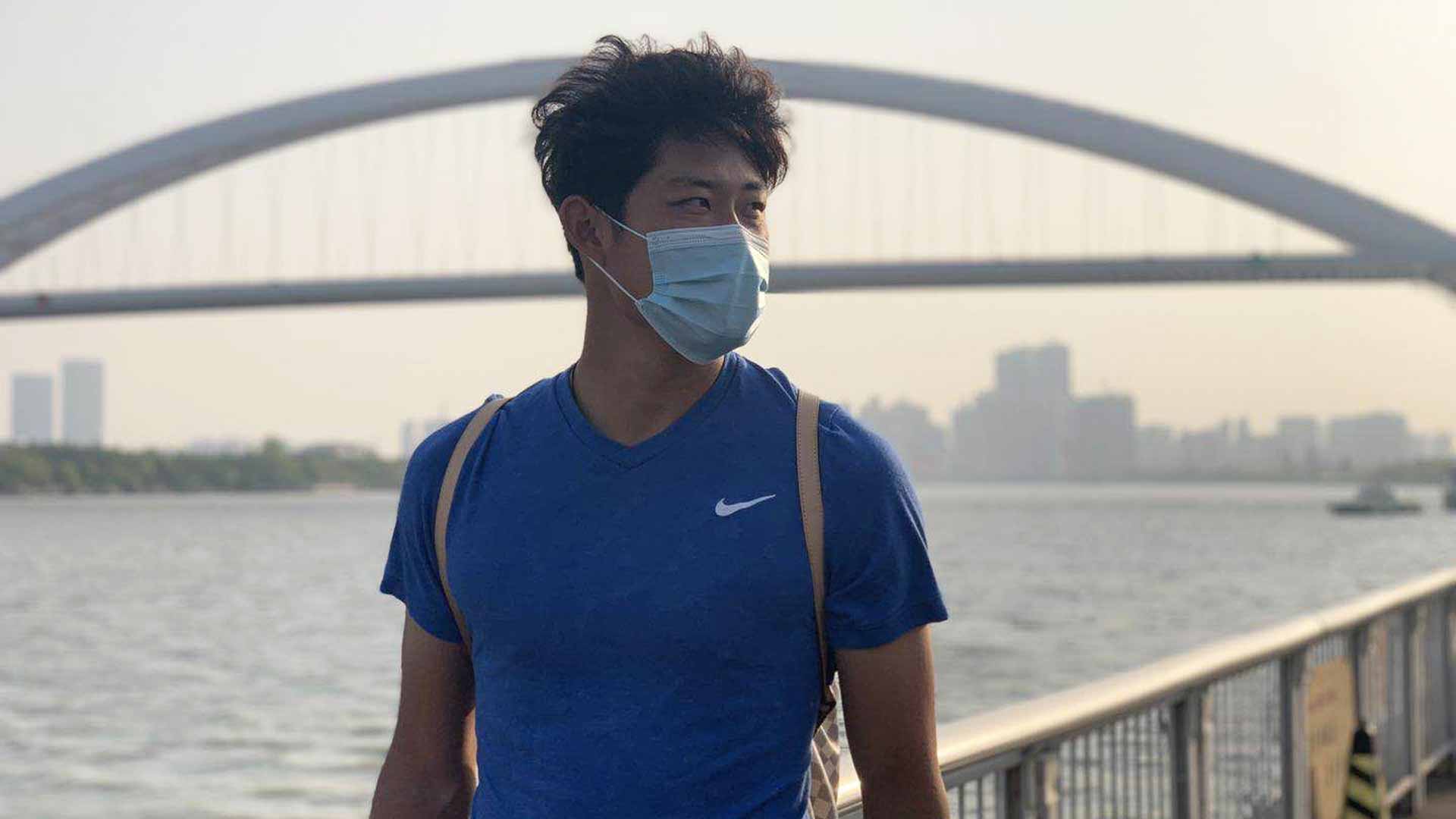 Zhang knows that he’s been in this position before, though. He acknowledged that his results have fluctuated drastically in recent years, so he’s focussing on continued progress instead of a big run at one event. Zhang is confident that his long-term outlook can not only lead him to the Top 100, but take him well beyond that mark.

“Nobody has reached the Top 100 among the men in China, but to me, the Top 100 is just the start in professional tennis,” Zhang said. “I don’t want to jump up the rankings too quickly because in the past five years I’ve had huge jumps, then huge drops and huge jumps again. I’m just trying to enjoy playing tennis at the moment. If I can win, then that’s perfect, but I’m not scared of losing either.”