Alexander Zverev vs Adrian Mannarino US Open 2020 Preview and Prediction

There have been few early exits amongst the higher seeds through the first two rounds in the men’s draw this year,…

Stefanos Tsistipas vs Borna Coric US Open 2020 Preview and Prediction

US Open 2020: Johanna Konta beaten by Sorana Cirstea in second round

Britain’s Johanna Konta is knocked out of the US Open in three sets by Romanian Sorana Cirstea.

Novak Djokovic will look to move one step closer to another US Open title on Friday, taking on Germany’s Jan Lennard…

Angeligue Kerber vs Ann Li US Open 2020 Preview and Prediction

There is an almighty opening for many players in the top quarter of the draw after Karolina Pliskova’s round two exit.…

Dominic Thiem made it a 27th birthday to remember on Thursday afternoon when the second seed completed a comprehensive 6-3, 6-3, 6-2 second-round victory over Sumit Nagal in two hours in Arthur Ashe Stadium.

The Austrian, who has bounced back from an opening-round exit at last week’s Western & Southern Open (l. to Krajinovic), will now challenge 2014 champion and No. 31 seed Marin Cilic. Thiem has a 2-0 lead in their ATP2Head series, including a 7-6(7), 6-4 win at the Rogers Cup last year.

Thiem started in confident fashion by taking a 3-0 lead, and while Nagal converted his fifth break point at 1-3, the 23-year-old Indian’s depth of shot was ultimately exposed. From 3-3 in the first set, Thiem won five straight games as Nagal, competing with a great deal of self belief, was consistently slow to move into the court for the short ball.

Thiem, runner-up to Novak Djokovic at the Australian Open in January, was broken when serving for the second set at 5-2. But he immediately bounced back and went on to run through the third set, losing just two of his 16 service points.

US Open 2020: Alexander Zverev into third round

Tsitsipas Shakes off Bruisin' Bruin Cressy At The US Open

Tsitsipas Shakes off Bruisin’ Bruin Cressy At The US Open

Greek star will face Coric in the third round

It’s extremely rare to see a player serve and volley on every point on the ATP Tour. It’s even less often that a player routinely hits second serves quicker than 120 miles per hour. But Stefanos Tsitsipas didn’t seem to mind on Wednesday evening inside Arthur Ashe Stadium.

The reigning Nitto ATP Finals champion eliminated wild card Maxime Cressy 7-6(2), 6-3, 6-4 to reach the third round of a Grand Slam for the fifth time. He had only won one US Open match entering this year’s event. But the fourth seed has looked impressive en route to the third round at Flushing Meadows.

“It’s very unusual to be playing a player who is hitting both serves [that hard],” Tsitsipas said on court. “He’s a player who can play very well in the future. His game is very difficult to read and he has a very good serve-and-volley game. You don’t get to play against players like this very often.” 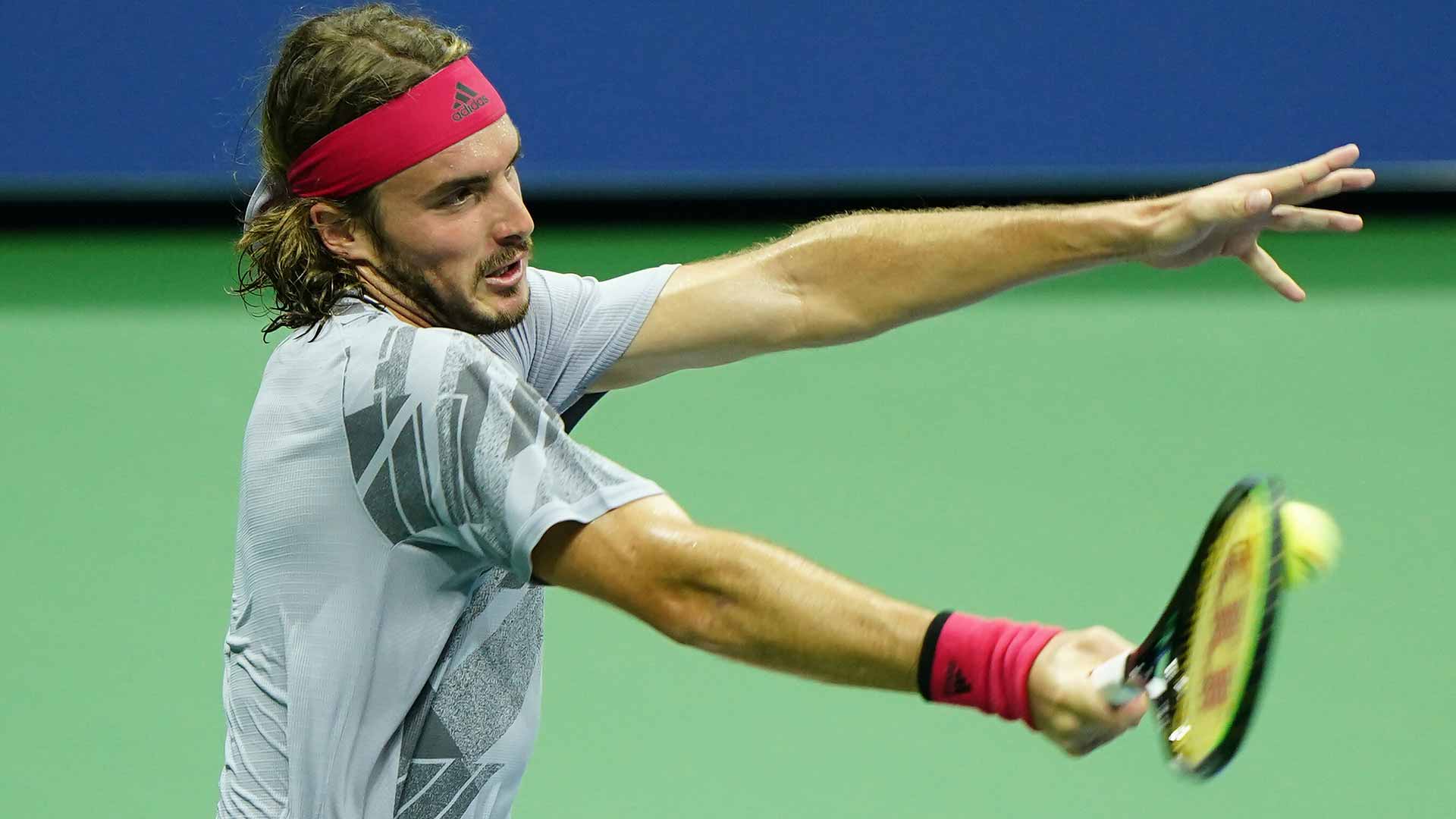 Stefanos Tsitsipas” />
Photo Credit: Darren Carroll/USTA
It was a fun match-up inside Arthur Ashe Stadium. Cressy, an old-school player, charged the net 92 times, winning 52 of those points. The former UCLA Bruin struck 21 aces to only 10 double faults despite his extreme aggression, forcing Tsitsipas to be sharp. Cressy also showed great hands at the net, sticking his volleys well in the early going. The American held a set point on Tsitsipas’ serve at 5-4 in the opening set, but the fourth seed wiped out the chance with a big body serve.

A sloppy tie-break in the first set proved pivotal for Cressy’s chances. Once Tsitsipas took the opener thanks to unforced errors from his opponent, he loosened up with his groundstrokes and started to find more holes with his passing shots, advancing after two hours and 23 minutes.

“His game is very unorthodox to be honest with you. You don’t have players like this on Tour,” Tsitsipas said. “He’s a rare species of a tennis player, that’s what he is.”

This was World No. 168 Cressy’s first tour-level event. Tsitsipas has played a lot of big servers since the ATP Tour returned at the Western & Southern Open. At that event he defeated 6’8 Kevin Anderson, 6’10 John Isner and 6’11 Reilly Opelka before losing against 6’5 Milos Raonic in the semi-finals. The Greek has won all six of his sets in this US Open.

Tsitsipas will face a totally different stylistic match in the next round against 27th seed Borna Coric. The Croatian rallied to oust Argentine Juan Ignacio Londero 7-5, 4-6, 6-7(5), 6-2, 6-3 after four hours and 19 minutes.

Coric, who watched the end of Tsitsipas’ win from his private suite inside Arthur Ashe Stadium, made the fourth round of the US Open in 2018.

Garin rallied from two sets down in his first-round match against Ulises Blanch, but the four-time ATP Tour champion was unable to come all the way back again. Kukushkin will play Aussie Jordan Thompson, who beat Berlarusian Egor Gerasimov 6-1, 6-4, 3-6, 6-3.

Shapovalov Shines Under The Lights, Goffin Hangs Tough At US Open

Shapovalov Shines Under The Lights, Goffin Hangs Tough At US Open

Denis Shapovalov appeared in trouble on Louis Armstrong Stadium Wednesday evening. But the Canadian got his night train rolling to reverse course and reach the third round of the US Open.

Shapovalov defeated Soonwoo Kwon 6-7(5), 6-4, 6-4, 6-2 to reach the Round of 32 at Flushing Meadows for the fourth time in his four appearances. The dynamic lefty also needed four sets in his first-round victory against #NextGenATP American Sebastian Korda.

Kwon, a solid baseliner from South Korea, led 4-2 in the third set. But Shapovalov immediately earned a “boomerang break” to get back on serve, roaring “C’mon! Let’s go!” when Kwon missed a forehand long. The 12th seed then broke in his next return game with a laser-like backhand passing shot down the line and he never looked back.

Shapovalov won six consecutive games to take control of the match and avoid an upset against Kwon, who ousted Milos Raonic at this year’s New York Open. Although Kwon played a solid match, Shapovalov’s aggression proved too much to overcome. The Canadian crushed 62 winners to 19 for Kwon.

Shapovalov leads the pair’s ATP Head2Head series 2-0. Both men are alumni of the Next Gen ATP Finals. 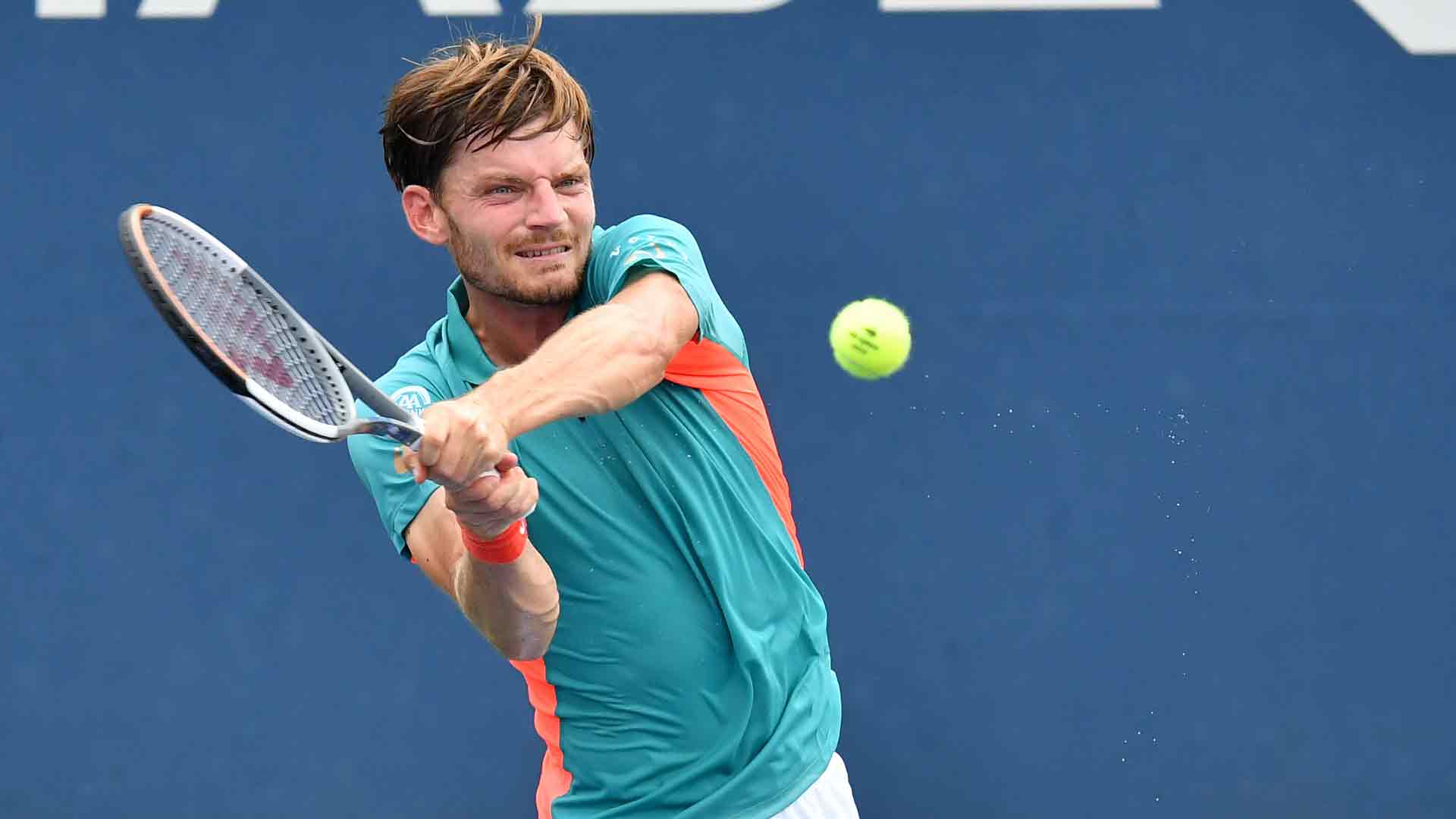 Photo Credit: Peter Staples/USTA
David Goffin shook off Lloyd Harris on Wednesday to book a place in the US Open third round. In a match that featured 10 breaks of serve, the seventh seed battled Harris and humid conditions in a 7-6(6), 4-6, 6-1, 6-4 victory over two hours and 53 minutes.

Goffin recovered from 3/5 down in the first set tie-break, prior to five straight service breaks at the start of the second set. The Belgian won 16 out of 22 points from 1-1 in the third set to seize the momentum and broke in the ninth game of the fourth set.

Goffin is now one victory away from reaching the US Open fourth round for a fourth successive year. Last week, the 29-year-old advanced to the third round at the Western & Southern Open (l. to Struff).

British players Andy Murray, Johanna Konta and Dan Evans are all in second-round action on day four of the US Open in New York.