British number one Johanna Konta is beaten in her first match since March as Jodie Burrage causes a shock at the Battle of the Brits.

Look back at the #NextGenATP Aussie’s 2019 title run

#NextGenATP Aussie Alex de Minaur is known for his blazing speed. But he made history with his serve at last year’s Truist Atlanta Open.

Then 20, he lost a mere seven first-serve points throughout the week (116/123) to become the youngest winner in tournament history. De Minaur didn’t face a break point in his four matches and held in all 42 service games, becoming only the third player since stats started being kept in 1991 to win a tournament without facing a break point (Haas 2007 Memphis, Isner 2017 Newport).

“This one is really special to me,” De Minaur said. “I felt like I really needed this. To start the year with a bang and then be slowed down by injuries… you expect your level to be right there once you come back, but you have to slowly grind your way back.”

De Minaur arrived at the ATP 250 trying to win consecutive matches for the first time since February, when he won a Davis Cup match and then earned a victory in his first match at the Abierto Mexicano Telcel presentado por HSBC in Acapulco. A groin injury had hampered the rising star.

But before going on his impressive run in Atlanta, De Minaur already had a positive mindset.

De Minaur lost no more than two first-serve points in any of his four matches, defeating Bradley Klahn, Bernard Tomic, Reilly Opelka and Taylor Fritz to lift the trophy. In a 6-3, 7-6(2), victory against Fritz in the final, he only dropped 10 service points.

“I don’t think I could start the American hard-court season any better than this,” said De Minaur. “I’m happy with where I am and enjoying every day. I can’t wait to get back on court and keep improving.”

Judy, Andy and Jamie Murray talk to BBC Breakfast about family dynamics in lockdown and this week’s Battle of the Brits Team Tennis event.


Learn more about the Truist Atlanta Open, an ATP 250 event

The Truist Atlanta Open, which made its ATP Tour debut in 2010, is the first American stop in the North American hard-court season.

The ATP 250 would have been held this week if not for the Tour suspension due to the COVID-19 pandemic.

ATPTour.com looks at five things to know about the event.

A Handful Of Titles
Since the tournament made its debut in 2010, eight editions of the singles event have been won by Americans. Mardy Fish (2010-’11) and Andy Roddick (2012) claimed the opening three titles in Atlanta, before John Isner made his mark.

Following wins against Christian Harrison, James Blake and Lleyton Hewitt, Isner claimed his maiden Atlanta trophy in a dramatic 2013 final. The 6’10” home favourite contested three tie-breaks against Kevin Anderson and saved each of the 11 break points he faced to take the title after two hours and 54 minutes.

Isner dropped just two sets across his next two visits to Georgia, where he attended university between 2003 and 2007, to complete a memorable tournament hattrick. After a straight-sets loss to Nick Kyrgios in the 2016 championship match, Isner claimed back-to-back final victories against Ryan Harrison in 2017 and 2018 to boost his Atlanta trophy count to five. 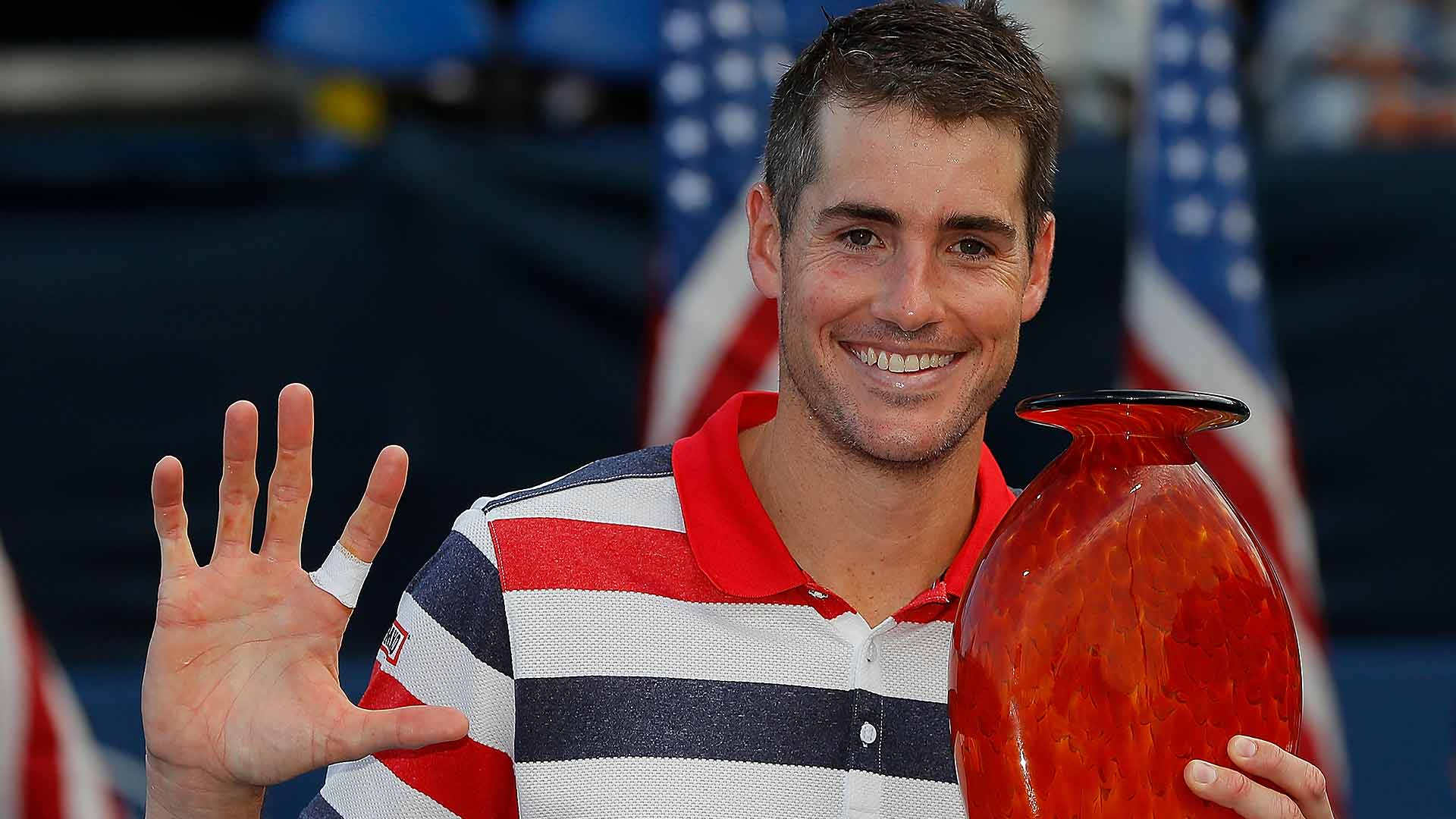 Three Visits, Three Finals
Bob Bryan and Mike Bryan have made three appearances in Atlanta, winning two titles from three championship matches. The Americans claimed wins in their opening 11 matches at the event, lifting the trophy in 2015 and 2017 before a run to last year’s final.

The Bryans twice came within a point of a third Atlanta trophy against Dominic Inglot and Austin Krajicek, but the British-American pairing held its nerve to secure a 6-4, 6-7(5), 11-9 victory. The brothers share the tournament record for doubles titles with fellow two-time titlist Matthew Ebden (2011-’12).

Small Move, Big Difference
The ATP 250 may have only moved across the street to a different plot of land at Atlanta Station, but last year’s minor relocation has already made a major positive impact on the tournament.

“We’ve gone from two acres to five, we have more shade, more air conditioning and more fan activation areas,” said Tournament Director Eddie Gonzalez. “We want to be known as being player friendly, fan friendly and sponsor friendly, and we feel like we’ve accomplished this in year one.”

One of the many beneficiaries of the move has been the tournament’s fanbase. Reilly Opelka, a two-time semi-finalist in Atlanta, noticed the improved facilities for supporters during his fourth visit to the event in five years.

“The indoor seating, the covered shaded area I think is a lot better for the fans,” said Opelka last year. “We had a pretty good crowd out there today and I think the stadium has a lot to do with that.”

Kyrgios Ends Isner’s Streak
Kyrgios enjoyed a dream debut in Atlanta in 2016, when he claimed four wins to pick up his second ATP Tour title. The Australian beat Jared Donaldson in straight sets, before successfully navigating three-set battles against Fernando Verdasco and Yoshihito Nishioka to reach the championship match.

Kyrgios faced three-time defending champion John Isner for the trophy. The Canberra native entered the final with an 0-2 ATP Head2Head record against Isner, but claimed the win in two tie-break sets to take the crown and break Isner’s 15-match winning streak in Atlanta. 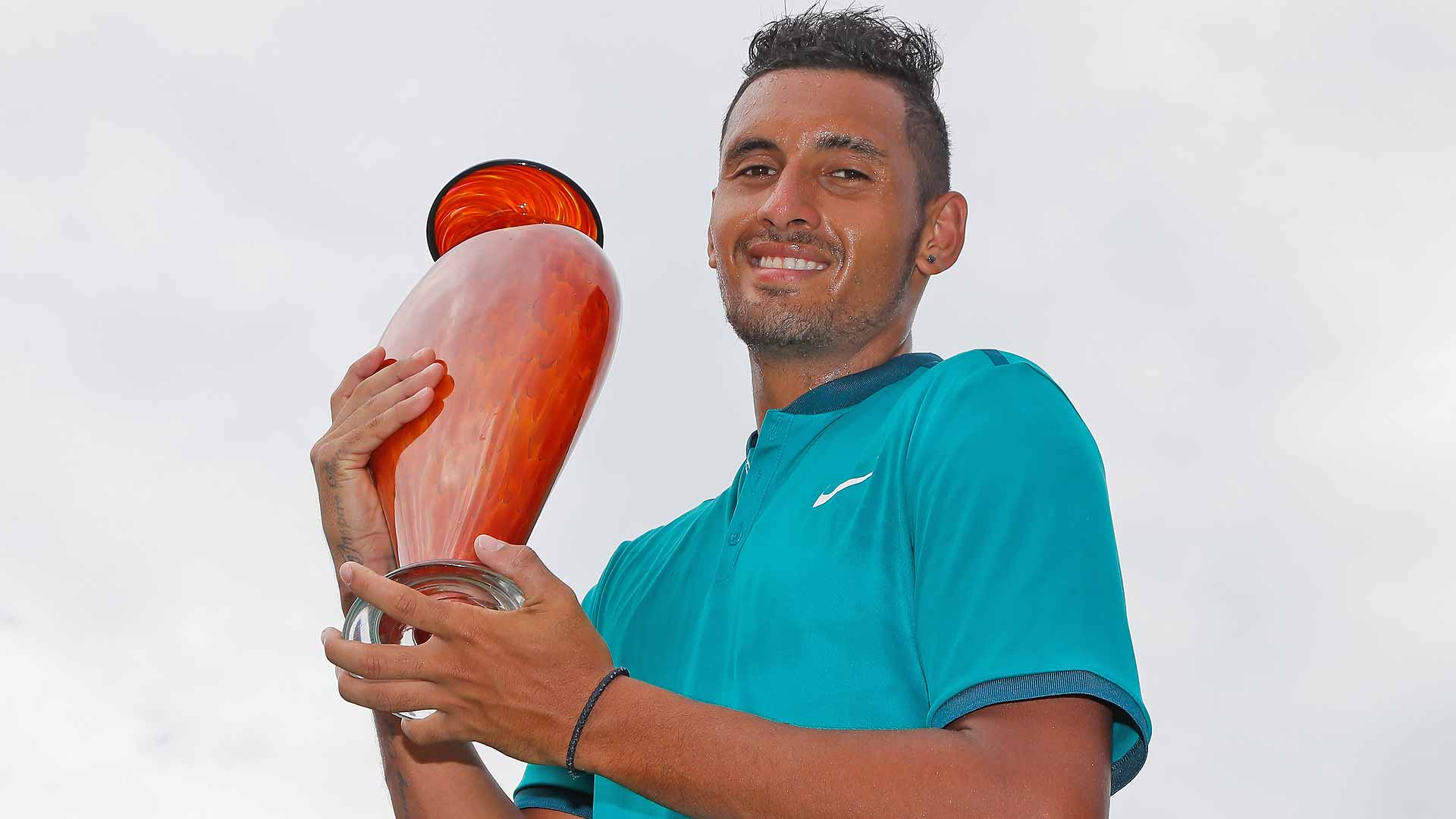 Dominant Demon
Until last year, Kyrgios was the youngest champion in the tournament’s history. But countryman Alex de Minaur broke that record in emphatic fashion in 2019, dropping just seven first-serve points across four matches to claim the crown.

The #NextGenATP Aussie earned wins against Bradley Klahn, Bernard Tomic, Opelka and Taylor Fritz to earn his second ATP Tour title. De Minaur did not face a break point en route to the trophy, becoming only the third player to do so since stats began being kept in 1991. Tommy Haas (2007 Memphis) and Isner (2017 Newport) are the only other players to achieve the feat.