Kyrgios Returns To Top 20 For First Time Since August 2018

Kyrgios Returns To Top 20 For First Time Since August 2018

Aussie reached the fourth round of the Australian Open

Nick Kyrgios returned to the Top 20 of the FedEx ATP Rankings on Monday for the first time since 13 August 2018, coming in at World No. 20. The Aussie, who lost to top seed Rafael Nadal in four tight sets in the fourth round of the Australian Open, fell as low as World No. 72 last February.

“Hopefully I can keep doing it,” Kyrgios said of his good form. “I’m just taking it day by day, trying to be positive, just bringing positive vibes.”

Kyrgios won ATP 500 tournaments in Acapulco and Washington last year to rebuild his standing. He won four of his seven matches against Top 10 opponents in 2019.

The six-time ATP Tour titlist is next scheduled to compete at the New York Open, the Delray Beach Open by VITACOST.com and the Abierto Mexicano Telcel presentado por HSBC, where he is defending champion. Outside of the 500 points he is defending in Acapulco, Kyrgios is only defending an additional 220 points through Wimbledon.

Kyrgios’ career-high FedEx ATP Ranking is No. 13, which he reached in October 2016 after triumphing in Tokyo. The 24-year-old has played well so far this season, winning three of his four singles matches at the ATP Cup before making the fourth round in Melbourne.

Sugita, Troicki To Meet In Pune

Sugita, Troicki To Meet In Pune

Japan’s Yuichi Sugita set a second-round showdown with Serbian Viktor Troicki on Monday at the Tata Open Maharashtra in Pune.

The 33-year-old Troicki qualified for the ATP 250 and secured his first singles win of the season with a 6-2, 6-7(4), 6-1 win against Indian Sumit Nagal, who took a set off Roger Federer last year in the first round of the US Open.

Revisit the week that was on the ATP Challenger Tour, as we applaud the achievements of those on the rise and look ahead to the week to come…

A LOOK BACK
Oracle Challenger Series Newport Beach (Newport Beach, California, USA): To say that Thai-Son Kwiatkowski earned his first ATP Challenger Tour title would be an understatement. The American reeled off six wins in six days in Newport Beach, lifting his maiden trophy in emphatic fashion. Not only did Kwiatkowski topple four seeds in a row, but he rallied from a set down to overcome Brayden Schnur and Steve Johnson along the way.

The former University of Virginia standout dominated Sunday’s final, beating Daniel Elahi Galan 6-4, 6-1 in just 58 minutes. Appearing in his first final, Kwiatkowski exhibited nerves of steel in taking the title. He soared 89 spots to a career-high No. 181 in the FedEx ATP Rankings with the victory.

“I almost didn’t come to this tournament,” said Kwiatkowski during the trophy ceremony. “I had a really bad week of training last week and my girlfriend dumped me two weeks ago so to win this is amazing.

“He qualified for the Australian Open last week so I knew he’s super match tough and playing well. I was incredibly nervous, it was my first ATP Challenger final. I just tried to not think about what was on the line and play every point. It was super difficult, it was a little bit cooler than yesterday. But I hung in there really well.”

The NCAA singles champion in 2017, Kwiatkowski was also an integral part of three national championship runs for the University of Virginia. Now, three years after turning pro, he is putting it all together on the professional scene alongside longtime coach Carlos Benatzky. He is coming off a 23-win season that also saw him claim his first Top 100 victory.

Kwiatkowski, who was born in Charlotte, North Carolina, is three-quarters Vietnamese and one-quarter Polish. Last year, he visited Vietnam to hold a series of kids’ clinics in Ho Chi Minh City. The 24-year-old has stressed the importance of growing the game in his mother’s native country. 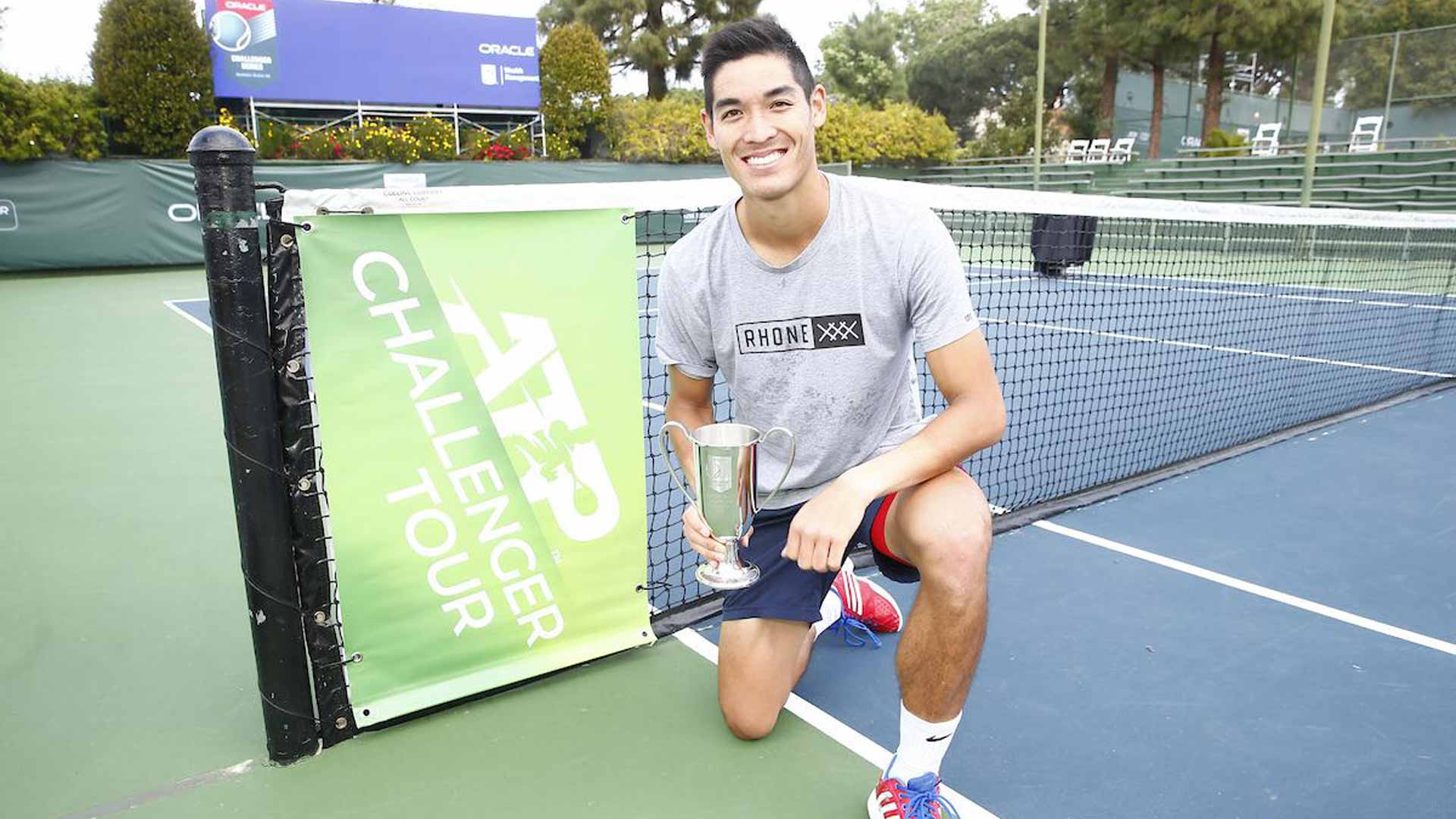 Meanwhile, in doubles, Ariel Behar and Gonzalo Escobar continued their impressive run together, earning a seventh Challenger title as a team. All seven titles have come within the past year, as the Uruguayan-Ecuadorian pair move closer to the Top 50 of the FedEx ATP Doubles Rankings.

Caterpillar Burnie International (Burnie, Australia): Top seed Taro Daniel was a class above the rest in Burnie. The World No. 110 dominated from start to finish, not dropping a set en route to lifting the trophy. He conceded just five games in the quarter-finals, four games in the semis and routed Yannick Hanfmann 6-2, 6-2 in Sunday’s championship.

It was a long-awaited return to the winners’ circle for the Japanese star, who celebrated his first title since 2017. It was his sixth overall on the ATP Challenger Tour and first alongside new coach Sven Groeneveld. Closing in on a Top 100 return, he rises eight spots to No. 102 in the latest FedEx ATP Rankings.

Monteiro, who fought off those three championship points at 5-4 in the third set, prevailed 7-6(3), 6-7(6), 7-5 after two hours and 51 minutes. He turned in a clutch serving performance as well, denying eight of nine break points faced.

In 2019, Monteiro broke through with three Challenger titles and soared inside the Top 100 to become the No. 1-ranked Brazilian. This week, he picked up right where he left off, adding a sixth title overall after opening the year with a run to the second round at the ASB Classic in Auckland as a qualifier. 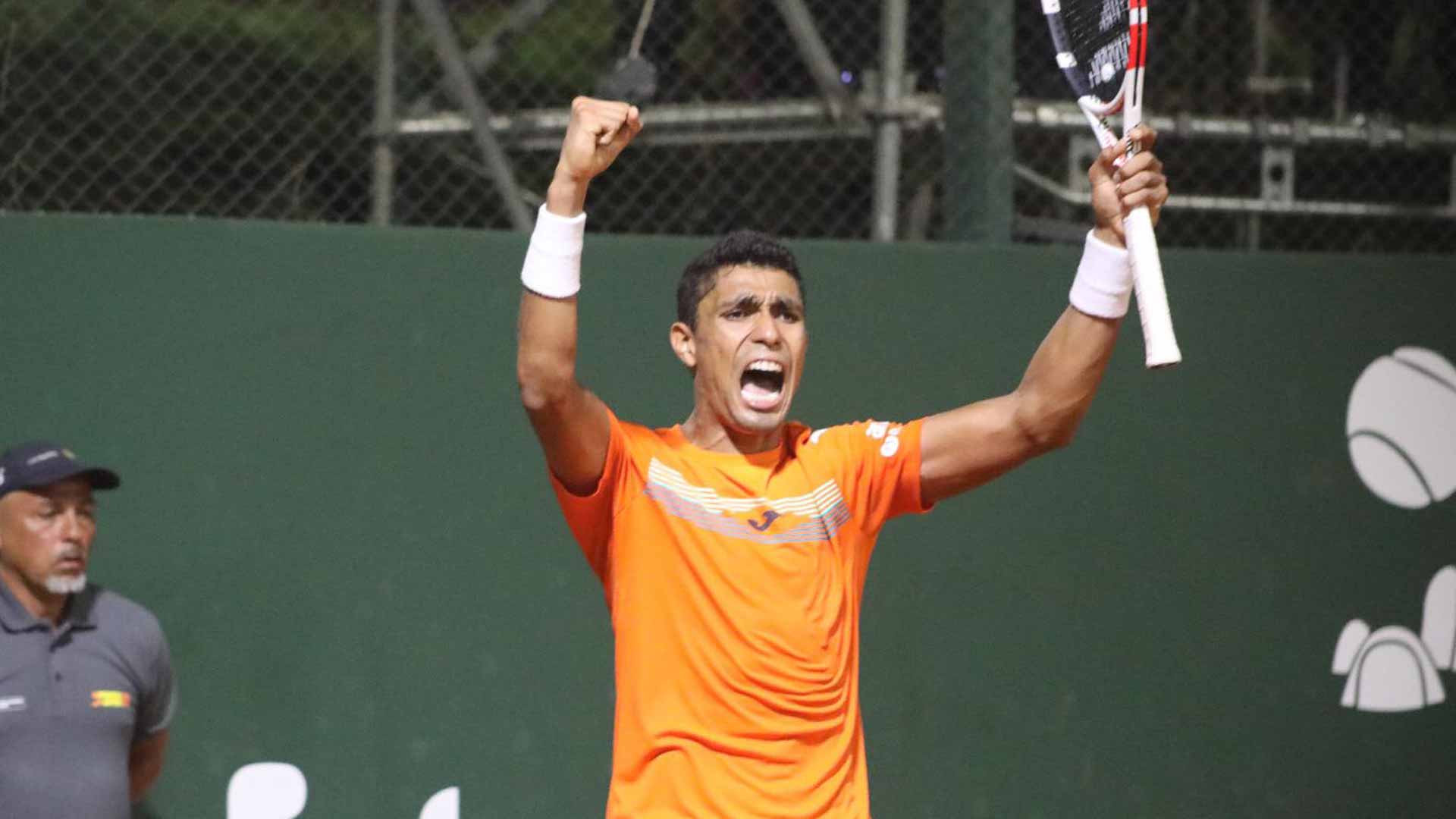 The 24-year-old Ilkel is the first player from Turkey to win a Challenger title since Marsel Ilhan in 2016. He earned every bit of the victory, with four of his wins coming in three sets. He rises 65 spots to a career-high No. 200 in the FedEx ATP Rankings.

Meanwhile, in Quimper, another first-time winner was crowned.

And in Launceston, Australia, Marc Polmans and Alex Bolt lead the charge on home soil. Max Purcell, seeded 10th, is coming off a run to the Australian Open doubles final with countryman Luke Saville.

Sandgren Soars Into Top 60, Mover Of The Week

Sandgren Soars Into Top 60, Mover Of The Week


ATPTour.com looks at the top Movers of the Week in the FedEx ATP Rankings, as of Monday, 3 February 2020

No. 53 Marton Fucsovics, +14
The Hungarian beat Denis Shapovalov, Jannik Sinner and Tommy Paul en route to the Australian Open fourth round for a second time (also 2018) to rise up 14 places in the FedEx ATP Rankings. He remains 22 spots below his career-high of No. 31 on 4 March 2019. Read Feature

Djokovic Returns To No. 1 In FedEx ATP Rankings

Djokovic Returns To No. 1 In FedEx ATP Rankings

Serbia’s Novak Djokovic today returns to the top of the FedEx ATP Rankings for a fifth stint after capturing a record-extending eighth Australian Open title. It will be his 276th week at the top, replacing Spain’s Rafael Nadal, who had overtaken him at No. 1 on 4 November last year.

“That’s one of the two biggest goals, for sure. I mean, there is no secret in that,” said Djokovic, after winning in Melbourne.

Andrea Gaudenzi, ATP Chairman, said, “Novak has had a faultless start to the season, leading Serbia to victory at the ATP Cup and capturing a record eighth Australian Open crown. He has proven yet again that he is the man to beat and his record in Australia is second to none. Many congratulations to Novak and his team on such impressive start to the year and his deserved return to World No. 1 in the FedEx ATP Rankings.”

The 32-year-old Djokovic is unbeaten in 2020 with a perfect 13-0 match record, which includes helping Team Serbia clinch the inaugural ATP Cup trophy. His Australian Open win takes Djokovic’s Grand Slam championship tally to 17 (third in the all-time list behind Federer on 20 and Nadal on 19) and gives him a strong lead in the year-to-date FedEx ATP Race To London.

Tickets are now on public sale for the Nitto ATP Finals, which marks the 50th anniversary of the season finale and will be the 12th and final edition held in London, before it moves to Turin, Italy, in 2021. The Nitto ATP Finals will be held at The O2 in London from 15-22 November. Buy Tickets

MOST WEEKS AT NO. 1 IN FEDEX ATP RANKINGS (since 1973)
A list of the total number of weeks each player has spent at No. 1 in the history of the FedEx ATP Rankings (since 1973):