Team Australia will play in Brisbane to start the ATP Cup

One is as hard-working as they come, a relentless professional who, in the words of all-time great Rod Laver, “won’t ever let a match die.”

The other admits to lacking the discipline of an Alex de Minaur, but is as powerful as they come, a talented player who, when playing in the right environment, can beat anyone. “He’s probably got the best serve in the game,” Laver said of Nick Kyrgios.

You will struggle to find two more contrasting players on the ATP Tour than De Minaur, who lacks an overpowering weapon but makes up for it with speed and grit, and Kyrgios, who has one of the biggest serves and forehands in tennis but self-admittedly lacks the drive that has pushed De Minaur to a career-high of No. 18.

But tennis has room for all characters, and both of them will lead Team Australia during the inaugural ATP Cup, to be held 3-12 January in Brisbane, Perth and Sydney. De Minaur and Kyrgios, alongside John Millman, John Peers and Chris Guccione, will play in Brisbane in Group F against Germany, Greece and Canada.

“Tennis is great to have the both of them playing as well as they are now,” Laver told ATPTour.com. “That’s a good team.”

The only man to win the calendar Grand Slam in the Open Era (1969) has things he likes about both De Minaur and Kyrgios. About De Minaur, for instance, Laver especially appreciates the #NextGenATP Aussie’s work ethic. The 20-year-old, like Laver in his day, never concedes a point.

“I was always pretty aggressive. I said, ‘You are not going to beat me.’ You put that out there, and I think a lot of people think, ‘Holy s*#!,’” Laver said.

“Love/40 point, and you work to try to win that point, and if you do win it, the next one is possible. And so you’re putting something in the other guy’s brain that says, ‘I better be careful,’ and with that, you get more opportunities.”

Laver recalls watching De Minaur a couple of years ago for the first time. The teenager hadn’t grown into his 6′ frame, but Laver saw an “unbelievable talent”.

Since then, De Minaur’s peers have learned the scope of his talent and work ethic. The Aussie was No. 208 at the start of the 2018 season but finished this season at a career-high year-end ATP Ranking of No. 18. The two-time Next Gen ATP Finals runner-up (2018, 2019) won three titles this year, including his first at the Sydney International, where he became the youngest champion since mentor Lleyton Hewitt, 19, in 2001. De Minaur will target the Top 10 in 2020.

“If he gets a few breaks here and there he could be mentioned with the top players,” Laver said. “To me, he’s going to be a real force on the circuit and give the top guys all they can handle.”

Kyrgios has already beaten all of the top guys. The 6’4” Aussie has won three of seven FedEx ATP Head2Head meetings with Rafael Nadal, one of seven against Roger Federer and both times he played Novak Djokovic.

The 24-year-old Kyrgios thrives under the bright lights, but he especially cherishes playing with a team and representing more than himself on court.

“I think the way Laver Cup is, the way ATP Cup is going to be, I think that’s what tennis needs moving forward,” Kyrgios said. “I think it’s unbelievable, that concept to play in a team, and I think it’s way more exciting for the fans to watch. I think it’s easier to follow a team, as well.”

The right-hander had match point on Federer at the inaugural Laver Cup in Prague in 2017 and has gone 3-0 in doubles matches at the team event.

“Maybe when he’s at the ATP Cup, he’s going to really enjoy it,” Laver said of his countryman. “I think the camaraderie with the team concept he seems to like and enjoy. Because at the Laver Cup, he just showed it; he didn’t mess around when he was playing.”

A locked-in Kyrgios and a well-rested De Minaur next month could go a long ways towards keeping the inaugural ATP Cup title on home soil.


ATPTour.com looks at more of the biggest names who called time on their playing careers this year

Tomas Berdych (Retired: 16 November), career-high No. 4
For the best part of 30 years, Berdych dedicated his life to tennis, leaving no stone unturned in his pursuit of excellence, impressive consistency and a beautiful game. Hard work off the court paid dividends on court with 13 ATP Tour titles, including a career-best performance aged 20 at the 2005 Rolex Paris Masters, where, as World No. 50, he became the lowest-ranked ATP Masters 1000 champion since No. 57-ranked Chris Woodruff at the 1997 Coupe Rogers in Montreal.

Perhaps his finest achievement came in defeat, when he beat Roger Federer and Novak Djokovic en route to the 2010 Wimbledon final, but Rafael Nadal kept Berdych dreaming of Grand Slam championship glory. He played 52 straight Grand Slams — reaching seven semi-finals (or better) — before withdrawing from the 2016 US Open (appendicitis), and 64 straight Masters 1000 events (four finals) before withdrawing from 2017 Montreal (rib). Berdych broke into the Top 10 of the ATP Rankings for the first time in October 2006 and rose to a career-high No. 4 on 18 May 2015. He finished seven straight seasons in the Top 10 (2010-2016), earned 50+ wins in five straight years (2011-2015) and recorded 640 tour-level match victories. With Radek Stepanek, he led the Czech Republic to the 2012 and 2013 Davis Cup titles.

When a back injury began to hamper his peak-performances days in 2018, forcing him outside of the Top 50, the Czech’s time on court was numbered. In making the Qatar ExxonMobil Open final and Australian Open fourth round in January 2019, there was hope, however fleeting. Aged 34, Berdych ended his career in an on-court ceremony at the Nitto ATP Finals in London, the scene of his six straight season finale appearances. Read Tribute 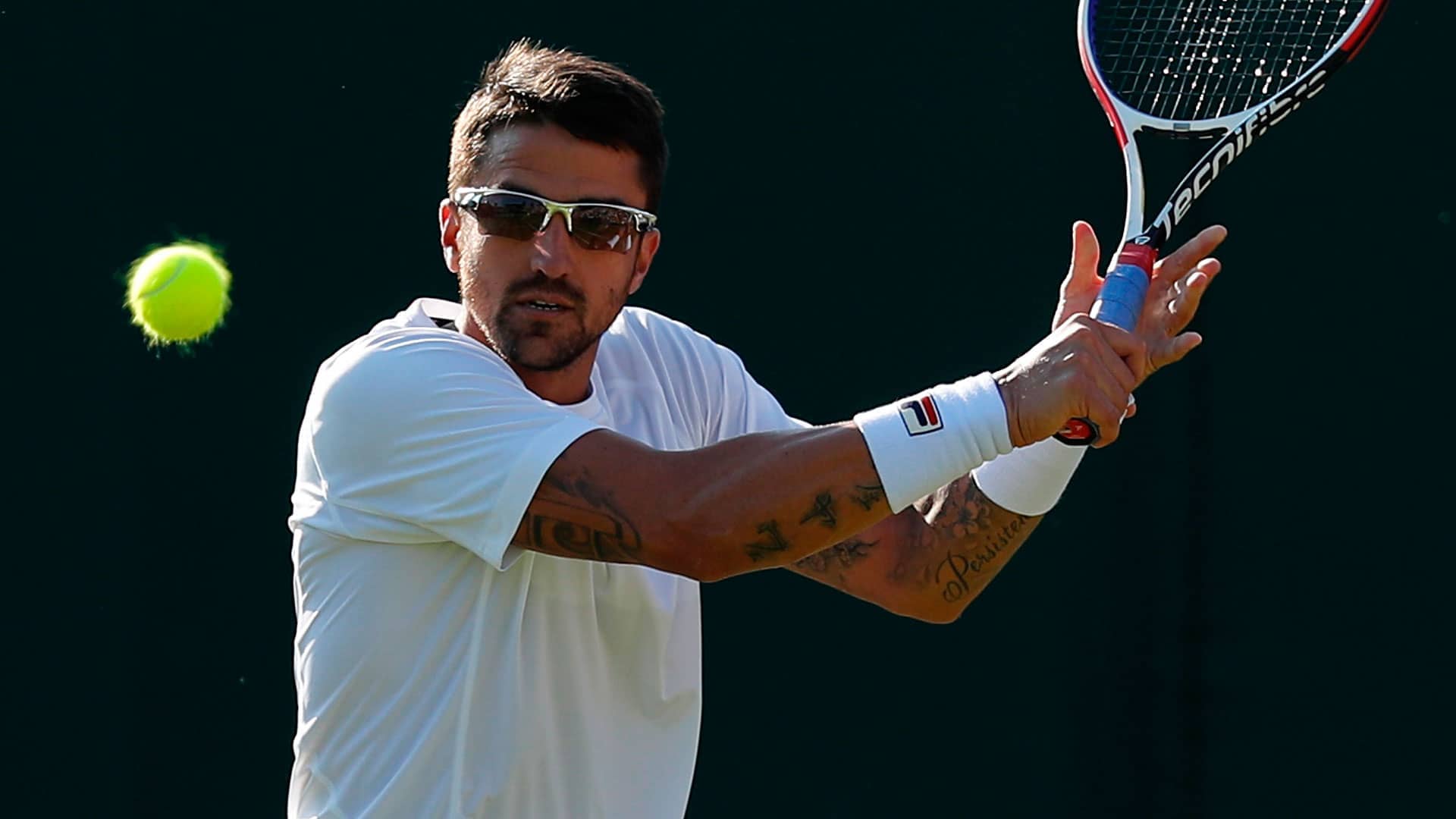 Janko Tipsarevic (Retired: 18 October), career-high No. 8
As a big fish in a small pool, Tipsarevic was the world’s best junior with a 33-match winning streak. But as the Serbian freely admitted, his transition through to the upper echelons of pro ranks was a little more complex. By the time the astute and Dostojevski-reading intellectual Tipsarevic broke into the Top 10 in 2011, largely inspired by the performances of Stan Wawrinka, he was on borrowed time.

For two years, Tipsarevic’s star burned bright, taking his aggressive, counter-punching game to the world’s best to earn two 50+ match wins years and a career-high No. 8 in the ATP Rankings in April 2012. He helped Serbia clinch the 2010 Davis Cup and beat his good friend Novak Djokovic, then ranked World No. 1, at the 2011 Nitto ATP Finals and 2012 Mutua Madrid Open — among 15 Top 10 victories. Tipsarevic also reached the 2011-12 US Open quarter-finals.

For five years, Tipsarevic’s career was in limbo as he underwent seven different lower body surgeries. Would he retire? No, he fought back and recorded his first tour-leve match win in 570 days this March at the Miami Open presented by Itau. As a long-time role model for a generation of Serbian players, including Djokovic, Tipsarevic played his final ATP Tour event at the Stockholm Open in October, ending his career with four ATP Tour titles and 286 tour-level match wins. He has already begun work on franchising his tennis academy internationally. Read Tribute 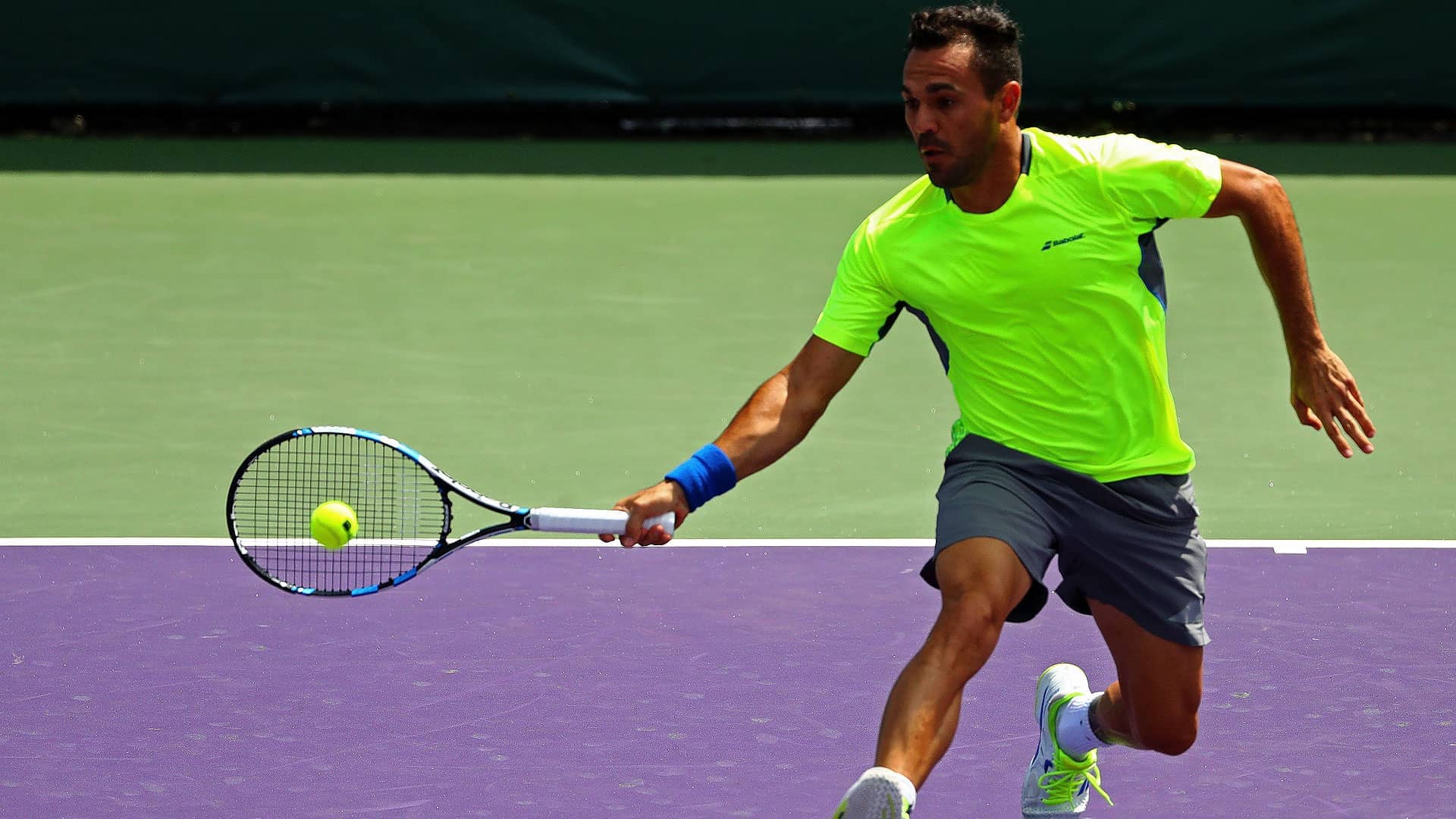 Victor Estrella Burgos (Retired: 9 October), career-high No. 43
It could all been very different for the ‘King of Quito’. Seven years ago, he was nursing an elbow injury and contemplating retirement with 28 tour-level match wins to his name — all from Davis Cup Group II play for the Dominican Republic. Estrella Burgos never could believe his luck, forever playing with a smile on his ATP tournament debut aged 29; when he broke into the Top 100 of the ATP Rankings aged 33 or when he won three straight ATP Tour titles on the clay of Quito between 2015, the year he rose to a career-high No. 43 (13 July), and 2017. He earned the respect of his peers and, aged 39, retired at an ATP Challenger Tour event on home soil in October. Read Tribute 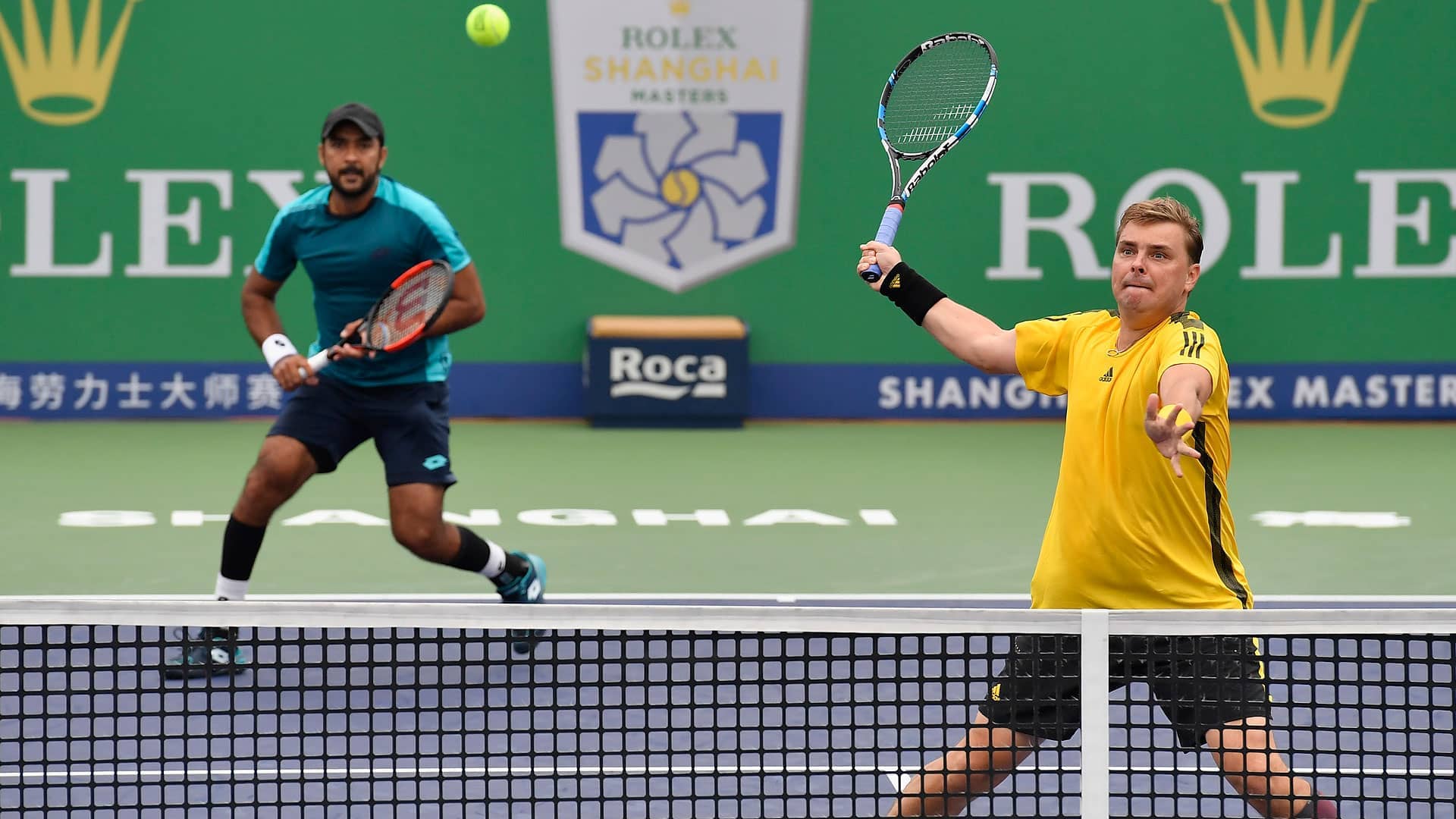 Marcin Matkowski (Retired: 31 July), career-high doubles No. 7
As one-half of the world-class ‘Polish Power’, Matkowski partnered Mariusz Fyrstenberg (who retired in 2017) to become one of ATP Tour’s most marketable doubles teams, winning 15 titles — including the 2008 and 2012 Mutua Madrid Opens. The pair also finished runner-up in 2011 at the US Open (l. to Melzer-Petzschner) and the Nitto ATP Finals (l. to Mirnyi-Nestor). Rising to a career-high No. 7 in the ATP Doubles Rankings on 9 July 2012, Matkowski won 472 match wins and lifted 17 trophies. He retired aged 38 at the BNP Paribas Sopot Open in August.

Day 14 of BBC Sport’s advent calendar looking back at the sporting decade features the latest teenage tennis sensation to announce herself at Wimbledon in 2019.