Continuing our Season In Review series, ATPTour.com revisits the fiercest rivalries of 2019. Today we feature Roger Federer vs. Dominic Thiem.

Years from now, Dominic Thiem will look back on the 2019 season as the year he became an all-court player, and for proof, he will need to look no further than his FedEx ATP Head2Head rivalry with Roger Federer.

Thiem and Federer were even (2-2) coming into 2019. The Austrian went 2-1 against the Swiss in 2016, including a straight-sets win on clay in Rome and a grass-court victory in Stuttgart, before Federer shut down his 2016 campaign after Wimbledon to rest his left knee (3 February surgery).

But the Swiss tied their series with a straight-sets win in quick conditions at the 2018 Nitto ATP Finals at The O2 in London. In 2019, however, Thiem would leave no doubt about who was in charge of their FedEx ATP Head2Head rivalry. 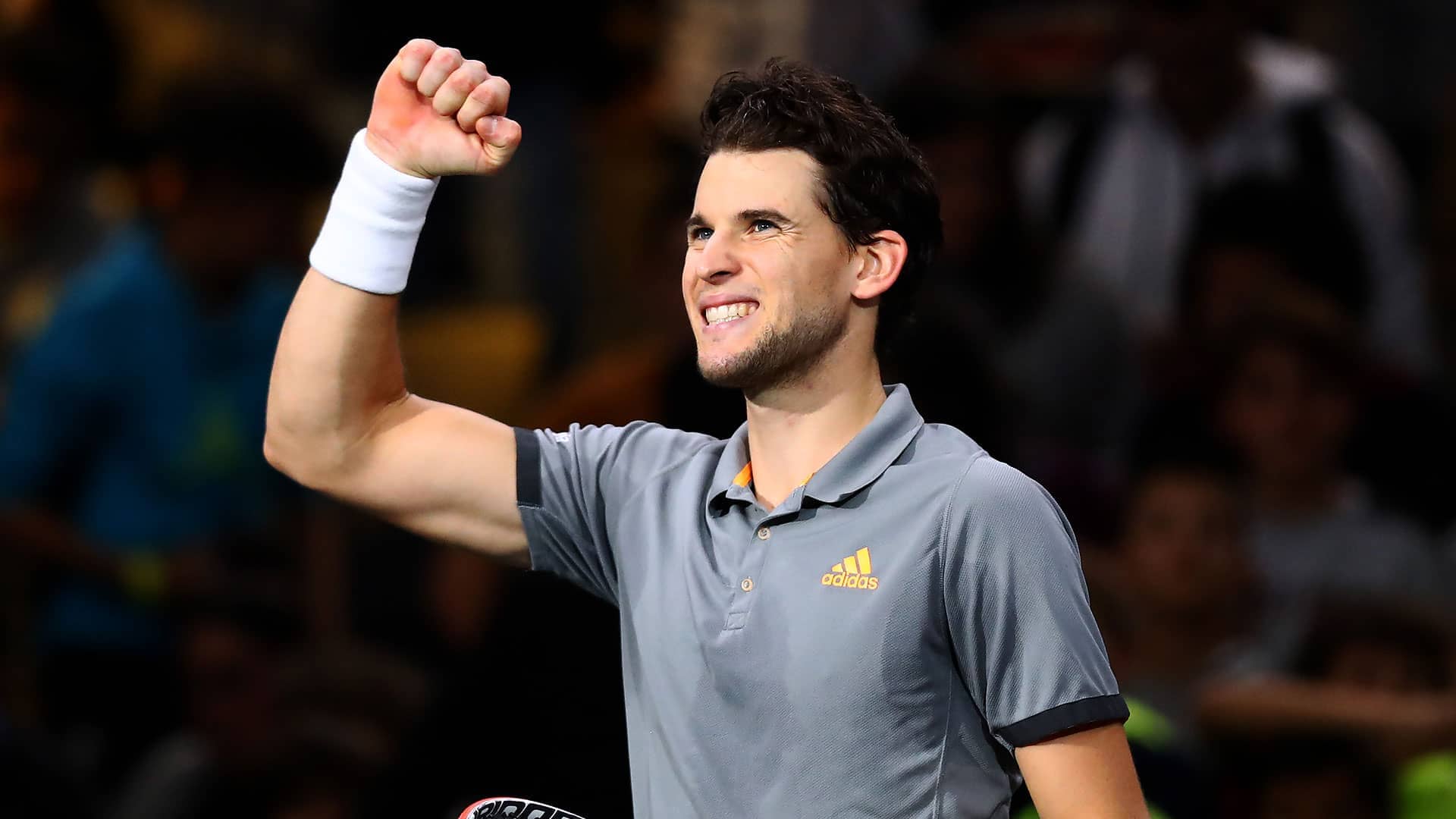 BNP Paribas Open, F, Thiem d. Federer 3-6, 6-3, 7-5
Federer has dominated few ATP Masters 1000s as he has the BNP Paribas Open in Indian Wells. The Swiss is tied with Novak Djokovic for the all-time titles lead (five) and before 2019, he had reached the final in his past four appearances (1-3).

In March, the Swiss, fresh off his 100th title in Dubai, cruised into the Indian Wells final without dropping a set and was rested after Rafael Nadal withdrew (knee) from their semi-final.

Thiem, meanwhile, had only three wins on the 2019 season heading into the year’s first Masters 1000. But on the slow hard courts in Indian Wells, he blasted backhand after backhand against Federer, opening up the court and winning his first Masters 1000 title. Thiem fell behind a set but erased break points early in the second set to grab back momentum.

“I was in the zone the whole match,” Thiem said. “It’s a pleasure to compete against Roger in this great final. I lost my last two Masters 1000 finals, but I won this one and it feels as nice as a Grand Slam.” 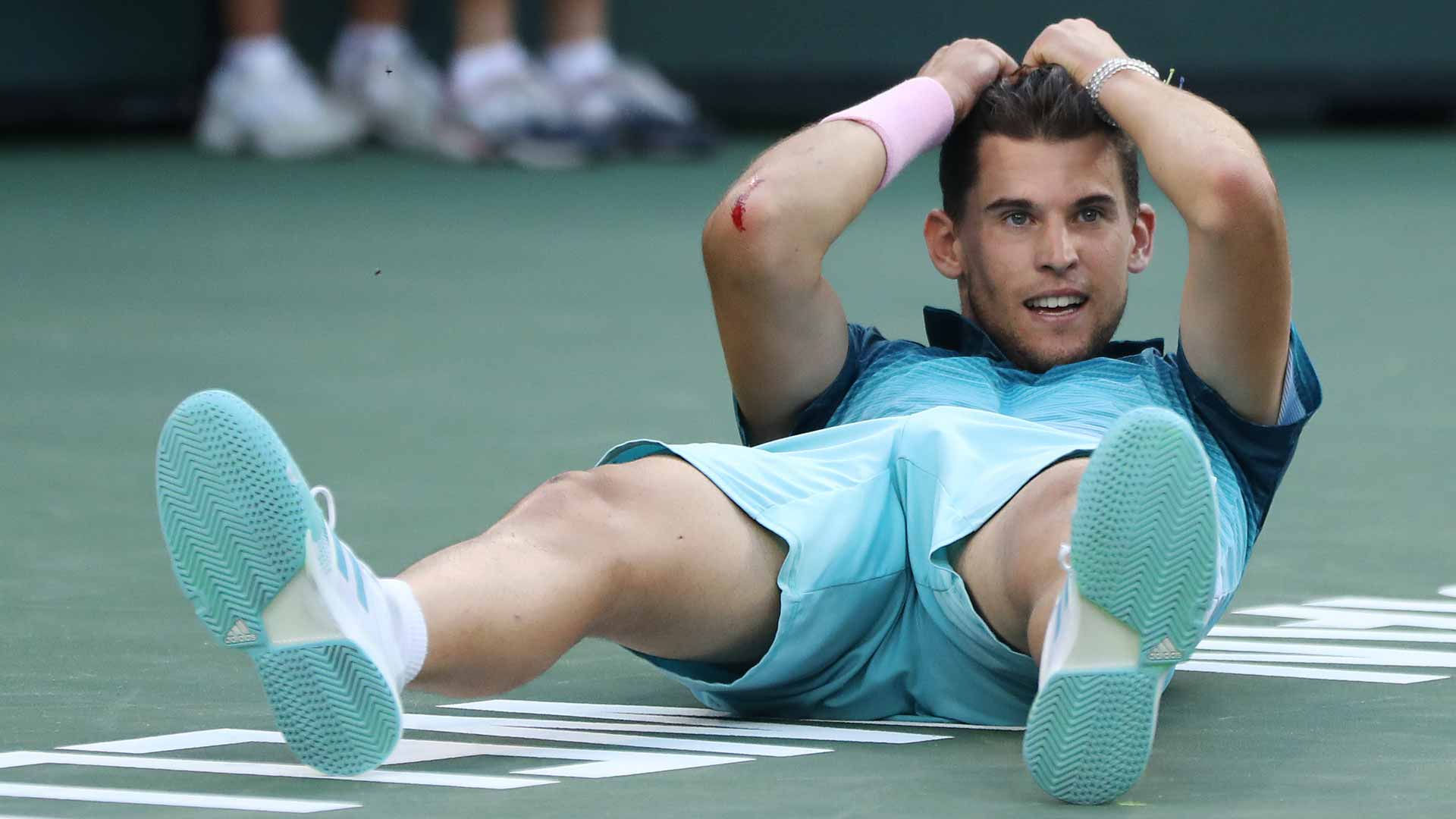 Mutua Madrid Open, QF, Thiem d. Federer 3-6, 7-6(11), 6-4
In May, at the Mutua Madrid Open, Federer was playing in his first clay-court tournament in three years, and he hadn’t beaten a Top 10 player on the red dirt since the 2015 Internazionali BNL d’Italia in Rome (Stan Wawrinka in the semi-finals).

Luck was on Federer’s side in his second match, though. The Swiss saved two match points against France’s Gael Monfils to set up the Masters 1000 quarter-final with Thiem, a two-time finalist in Madrid.

But against the Austrian, Federer was the player who saw match points come and go. Just like in Indian Wells, Thiem came from a set down to beat the Swiss. Thiem, riding a seven-match win streak, saved match points at 7/8 and 9/10 in the second-set tie-break and, with all the momentum on his side, broke in the third and ninth games of the deciding set.

“I can hurt him with my strokes, especially on his backhand,” Thiem said. “Facing him, it always requires my absolute best game and also a little bit luck, which I both had in Indian Wells and also here, and that’s why I won these two matches.”

The loss marked the 21st time Federer had held match points and lost, and the first time since the 2018 Wimbledon quarter-finals (Kevin Anderson).

Nitto ATP Finals, Group Bjorn Borg, Thiem d. Federer 7-5, 7-5
But at the season-ending Nitto ATP Finals, where Federer has collected a record six titles, surely the Swiss would turn around their 2019 rivalry. Federer had won his 10th Basel title in October and was eyeing another “Big Title” to go with his Miami crown (d. Isner) after near misses at Indian Wells and Wimbledon (l. to Djokovic).

Thiem, though, was finding his game on fast hard courts just in time. Before 2019, he had won 11 ATP Tour titles, but only two on hard court. He matched that total in October alone, winning the China Open in Beijing (d. Tsitsipas) and his home Erste Bank Open in Vienna (d. Schwartzman).

Beating a rested Federer in London presents another set of challenges, but Thiem met them all again. The Austrian, up a set, broke in the 11th game of the second set and fought off two break points while serving it out. 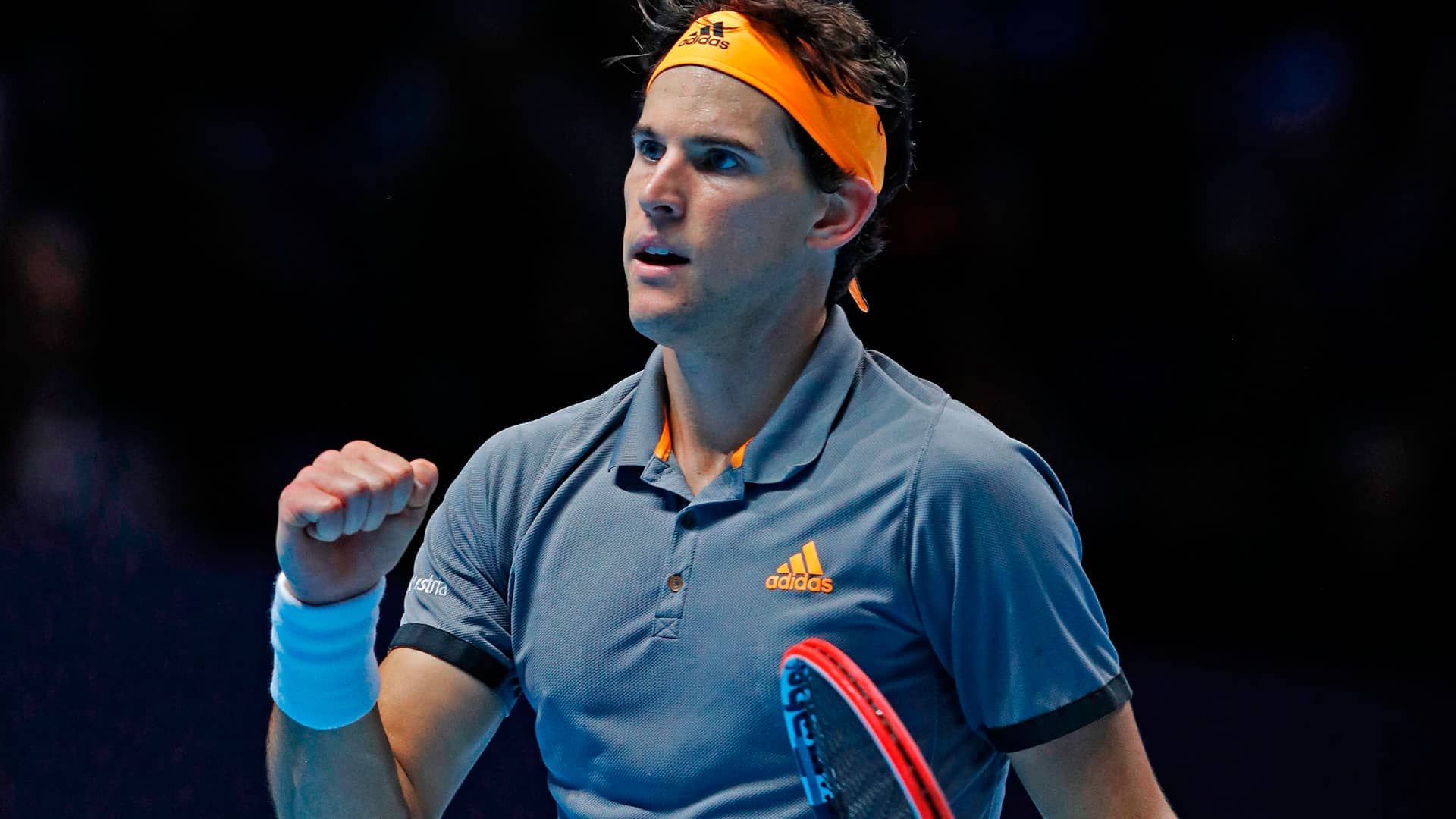 “To beat him, everything has to fit together,” said Thiem. “In general, it’s a very nice victory for me. Every time I play against him is a big honour. Beating him is even better, and especially on this surface indoors, where he’s feeling well usually.”

Thiem is one of 74 players who have faced Federer at least six times, but only five of them, including the Austrian, have a winning record.