Ymer Closes In On Top 100 With Tampere Crown

Ymer Closes In On Top 100 With Tampere Crown

A LOOK BACK
Tampere Open (Tampere, Finland): One year ago, Mikael Ymer was outside the Top 300, clawing his way up the ATP Rankings in his return from hip surgery. What a difference a year makes.

On Sunday, Ymer clinched his second ATP Challenger Tour crown with a 6-3, 5-7, 6-3 win over defending champion Tallon Griekspoor in Tampere. The 20-year-old Swede is now on the doorstep of making his Top 100 breakthrough, rising to a career-high No. 108 in the ATP Rankings. Also sitting in 10th in the ATP Race To Milan, he has his sights firmly set on the Next Gen ATP Finals as the calendar flips to August.

Finally healthy, Ymer is plotting his ascent with authority. Under the tutelage of doubles star Frederik Nielsen, he has won two titles from four finals in 2019. Also the champion at the season-opening hard-court event in Noumea, he would finish runner-up on the clay of Murcia and Bordeaux as well.

The Swede, seeded third, was made to work to lift the trophy in Tampere. He became the first player since 2015 to win five deciding-set matches in a single tournament, spending a combined 11 hours and 38 minutes on court. That year, Nikoloz Basilashvili went the distance in all of his matches en route to the title in Scheveningen.

“The final was my best match of the tournament,” said Ymer. “My serve was good and I was in control of my game. Tallon is a good friend and I know his game well. He is a tough opponent. I also know I had a lot of fans in Tampere and I thank them for their support. It was like I was in Sweden and I felt at home.”

Challenger Banque Nationale de Granby (Granby, Canada): Much like Ymer, it has been a long journey in recent years for Ernesto Escobedo. The American has also battled injuries as he fought to sustain momentum and confidence on the court. But now, Escobedo is making moves once again.

The 23-year-old clinched his first ATP Challenger Tour title since 2016, fighting to the finish line in Granby. He defeated third seed Yasutaka Uchiyama 7-6(5), 6-4 on Sunday, needing one hour and 32 minutes to triumph under the Canadian sun.

Escobedo, a native of Los Angeles, initially broke through with a pair of Challenger titles in Lexington and Monterrey three years ago, cracking the Top 100 at No. 67. Three years later, with new coach Jan-Michael Gambill at the helm, he is thriving with a renewed mentality and approach on the court.

Projected to rise 74 spots in the ATP Rankings, Escobedo is up to No. 214 on Monday. 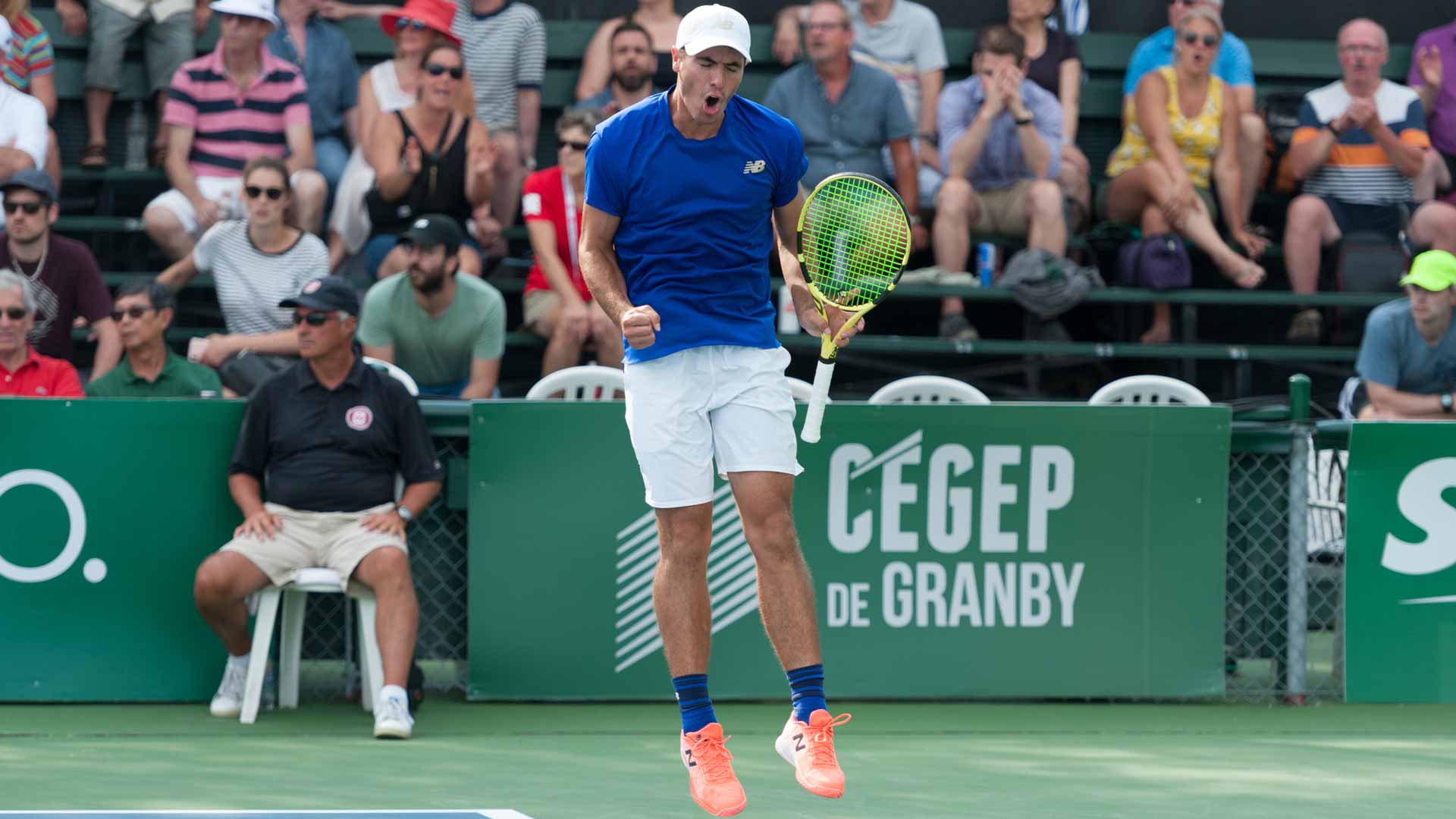 It had been more than two years since Sugita last reached a final, having prevailed on the grass of the [ATP Tour] Antalya Open in 2017. He would rise to a career-high No. 36 in the ATP Rankings. But, having fallen outside the Top 200 earlier this year, the Japanese is targeting another ascent.

Your champion @BingChallenger is Yuichi Sugita!

Advantage Cars Prague Open (Prague, Czech Republic): Mario Vilella Martinez became the 23rd first-time winner of 2019, securing his maiden Challenger crown on the clay of Prague. The 24-year-old defeated Chun-hsin Tseng 6-4, 6-2 for the title on Sunday, completing a ruthless run that saw him refuse to drop a set in six matches.

Moreover, the week was noteworthy for Tseng’s first final appearance. The 17-year-old, a former junior No. 1, is the second-youngest player (Sinner) to reach a Challenger championship this year. He turned around his season in one week, having previously won just four Challenger-level matches. 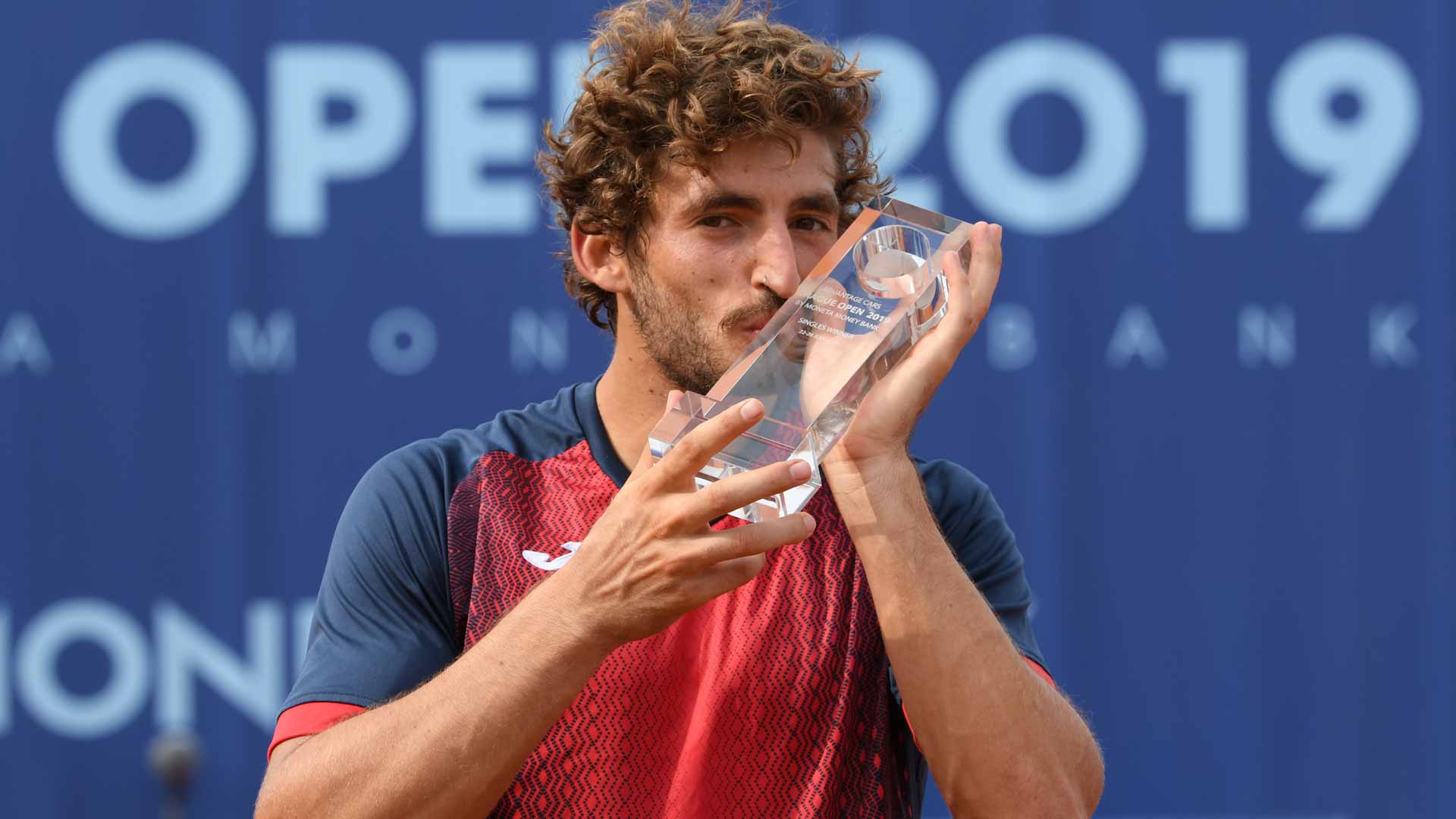 A LOOK AHEAD
Fourth seed Ze Zhang returns to defend his title in Chengdu, while Hyeon Chung makes his long-awaited return to action following a back injury. The 2017 Next Gen ATP Finals champion is competing for the first time since February.

In Sopot, the second edition of the BNP Paribas Sopot Open features Paolo Lorenzi seeking a successful title defence, while Mikael Ymer looks to go back-to-back after lifting the trophy in Tampere. Stefano Travaglia is the top seed.

In Segovia, the 29th edition of the Open Castilla y Leon includes Tampere finalist Tallon Griekspoor as its second seed and Blaz Rola leading the charge. #NextGenATP star Nicola Kuhn is the top Spaniard in the field.

Finally, in Liberec, Czech Republic, defending champ Andrej Martin seeks a fourth title of the year, while Attila Balazs looks to add to his strong run of form after reaching his first ATP Tour final in Umag.